Three years after we first started reporting on Magic Leap, and they’ve got some semblance of a real product. This company suggested that they had tech nearly ready for a broad scale release back in 2014, but now, hear near the end of 2017, they still don’t really have a product that can be purchased. There’s a good reason for that, apparently. They’re working behind the scenes with groups like ILMxLAB for Star Wars and the always futuristic experimental music band Sigur Rós.

“Today, Magic Leap is a company made up of hundreds of artists, engineers, explorers, and dreamers from around the globe, all chasing their curiosity toward the same goal – bringing together the digital and real worlds to advance human potential,” said Magic Leap. “But it all began on a road trip to Austin when we asked the question – ‘what if computing could spill outside the computer?'”

The app is a mixed reality experience that works with whatever hardware Magic Leap currently has conjured up. The company apparently does not allow anyone to speak of the hardware they have on-hand, and so the demo with Pitchfork was largely relegated to a description of the app, alone. From the description of the app, it seems clear to me that Magic Leap still have what they’d originally started making – a headset, something in the same realm as Google Glass, HTC VIVE, and the Lenovo Jedi Challenges headset. 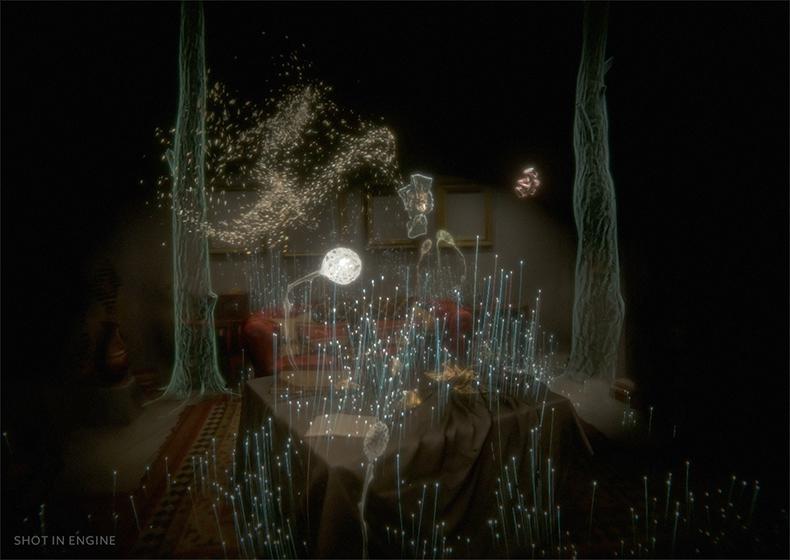 This app sets moving objects floating in a physical space. This is basically augmented reality, but with the Magic Leap extra accurate push – making sure the room and the objects inside the room are accounted for. It’s apparently pretty neat. The idea seems neat – floating objects that make noises whenever the user interacts with them.

But we’ve seen this sort of thing before. Basic versions like the Song Exploder or the VR game AudioShield for HTC VIVE.

The ideas of the partners of Magic Leap so far have been really awesome. But they have no hardware for the public to set their eyes upon. Manufacturers that speak about their hardware generally reveal their hardware in short order. Or they at least give developers a look at their early hardware – as was the case with Oculus Rift and the HTC Vive.

But perhaps Magic Leap is above all that. Perhaps Magic Leap intends not to sell their device, instead only describing it as some far-off next-level experience for years on end. Maybe these behind-the-scenes projects developed for other people’s hardware is enough? We shall see!