The strangest thing happened yesterday: Apple released a MacBook Pro with a feature I’d have expected from a company like Razer. While Razer just released their own Razer Blade Pro with a 17-inch display and highest-end gear inside, the MacBook Pro had a new, extra display. This display has touch capabilities working with a variety of apps, and will be ready for games (and such) soon. Does this mean that Apple is taking more chances than the proprietors of the gaming cult? 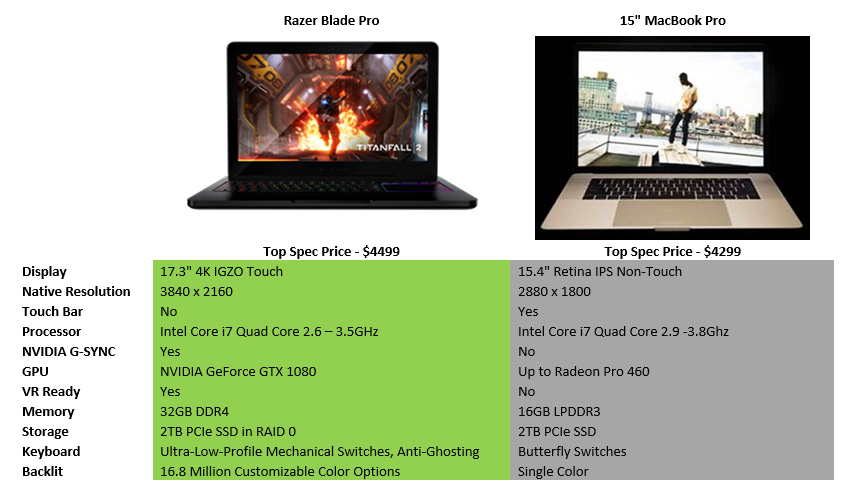 People aiming to play AAA games on their computer don’t look to the MacBook Pro. They either buy a notebook like what Razer has here, or they buy a desktop machine. I contend that the only sort of person who might be looking at this sort of battle of the best would be a field journalist.

Not just any kind of field journalist – one who has to edit video outside the office – away from their desk. If that’s the case, we have another interesting question to ask. Would it be better to have a higher-clocked Intel Core i7 processor, or more RAM to work with? And would having an extra touchscreen to edit video with make the difference?

We’re living in an era where the biggest and best names in apps – video editing included – are on OS X and Windows. Users have their preferences for which OS they like best, but the software is available all over. These devices are so similar that it could come down to product support and color choice.

Apple has in-store technicians available to fix a broken MacBook Pro. But unless you live in a big city, you’re still going to have to send the notebook in through the mail. If it’s a question of color, Apple has your choice of Silver or Space Gray. But Razer has black – and millions of colors in its keyboard keys. 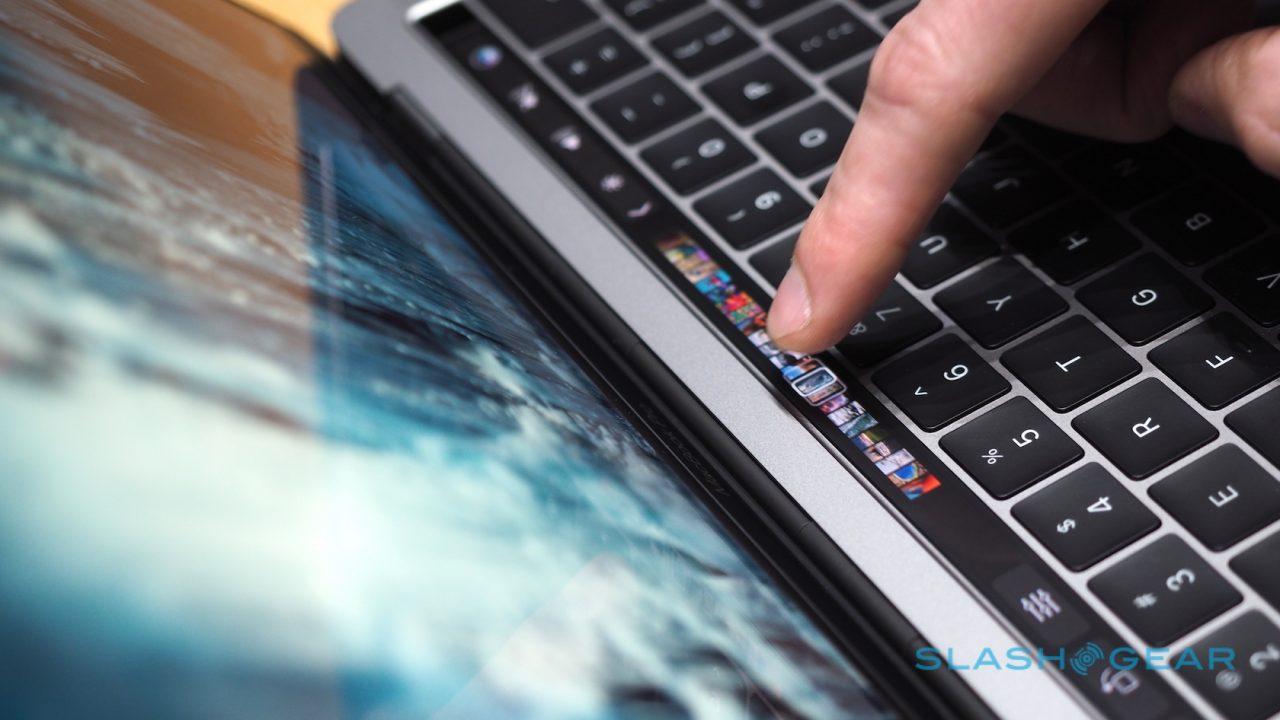 The product best for your needs is the product your more comfortable with using. Both companies create extremely reliable machines, and both create highly robust hardware. Both companies are also very good at making top-end devices look as flashy as possible, so try before you buy.