MacBook Air Review: it’s a different beast inside out

When the MacBook Air first launched, nobody could deny it was physically impressive.  Well under an inch thick, it was a visual delight to anybody who saw it.  Ironically, any disappointment was saved for the owners themselves: the payoff for those market-besting dimensions was underpowered components and the tendency to overheat.  Now, Apple have freshly inflated the Air with new technology, in fact just about everything down to the memory is new.  Second time around, have they created the ultimate ultraportable?

Where with the original Air it was the outside that was revolutionary, this time around it’s the inside where all the major changes have happened.  Out goes the old 2GB of DDR2 667MHz memory, to be replaced with 2GB of DDR3 1,066MHz; storage gets a kick too, with the entry-level Air going from 80GB PATA to 120GB SATA, while the SSD version doubles to 128GB.  Similarly, the integrated Intel GMA X3100 graphics chipset of the original Air is junked in favor of the same NVIDIA GeForce 9400M chipset as found in the new unibody MacBook and MacBook Pro.

In fact similarities between the Air, the MacBook and the MacBook Pro are now all the more obvious.  Casing design is one such area: Apple was generous with their credit to the Air during the recent unibody MacBook announcements, as paving the way in laser-cut aluminum design.  Requiring a little closer examination is the switch from Mini DVI to Mini DisplayPort, again as found on its bigger siblings, supporting DVI, VGA and Dual-Link DVI via various adapters.  Otherwise there’s still the same single USB 2.0 port and headphone socket, with wired Ethernet available only via an optional USB-to-RJ45 adapter. 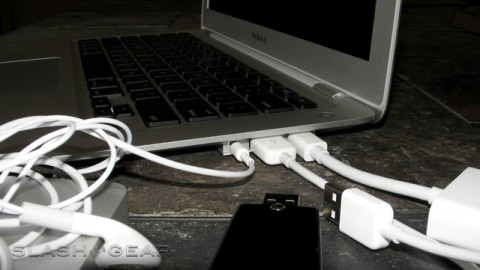 Processors, then, are subject to only the mildest of tweaks: the 1.6GHz Core 2 Duo is still present, but the 1.8GHz gets a slight bump to 1.86GHz.  Cache gets a moderate nudge to 6MB.  Still, combined with the far improved graphical capabilities, the second-gen Air has much more grunt than its predecessor.  Display, a 13.3-inch LED-backlit 1,280 x 800 panel, and networking, WiFi b/g/n and Bluetooth 2.1+EDR, go unchanged; the trackpad is also physically no different, which means a separate button rather than the whole surface being clickable, and no new glass construction.  However there is support for four finger gestures.

All of that notwithstanding, your first – and lasting – impression of the MacBook Air is the design.  Even nine months or so after its first unveiling, it’s still one of the sexiest laptops on the market.  Part of that, perhaps, is that rival ultra portables lack the gracefully tapered edges that make the Air feel even thinner than its 0.16 to 0.76 inches.  Weight is 3lbs, while the 12.8 x 8.94 inch dimensions mean it will still fit into a legal envelope. 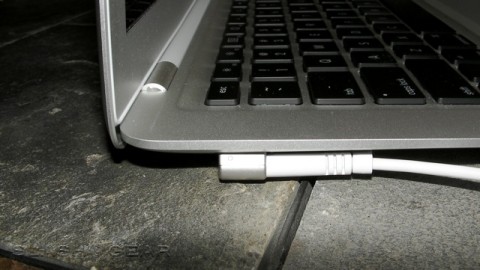 When we talked to Apple last week, they seemed legitimately excited at the prospect that the Air could work as a primary laptop rather than as a compromise for portability.  For that to be true, we’d need the slimmest MacBook to be able to not only offer basic browsing and netbook-style duties, but also step up for a little impromptu media editing and similarly processor-stressing tasks.

Our testing suggests it’s capable of just that.  Although the Air is never going to be a serious media cruncher, a 260MB video took roughly 3 minutes to import into iMovie and a 4-minute video took around 12 minutes to export at 640 x 360 resolution.  You’ll have more fan-noise while you do it, but it’s certainly less of a chore than with the old Air.  The issue you’ll most likely run into is space: as with any other system using an SSD, you trade speed and stability for capacity.  By removing unnecessary printer drivers, unused languages and standard apps like Garageband we managed to claw back around 5GB; on a 128GB drive that’s a lot.

Compared to the late-2008 MacBook and MacBook Pro, the Geekbench results are unsurprising: the Air still comes in third with an overall score of 2467 in the 64-bit tests, compared to its chunkier siblings at 3170 for the MacBook and 3664 for the Pro.  That’s part of the reason that Apple expect the Air and the standard MacBook to occupy their own niches; the latter, with its double RAM capacity and higher performance, will appeal to Photoshop and video editors, while Air users are pegged as frequent-travelers doing little more than web browsing, email and word processing.  Improved media crunching is more a sop to watching high-resolution video on that gorgeous display, than it is a sideline in heavy-duty editing.

However, what you do get – with the SSD version of the Air, anyway – is a nice chunk of real-world usability.  Start-up time is more than halved compared to the first-gen Air, regularly coming in at under thirty seconds, and apps load quickly.  You don’t get a burnt lap, nor go deaf from fan noise, either.  Where the first Air had a habit of whipping itself into a broiling frenzy during thorough use, we found the new model comfortably sat at between 120 and 135 degrees.  Processing video saw that jump to between 175 and 185, with the aforementioned crank up in fan speed, but it quickly returned to the normal operating range once the video was done.  Happily we saw none of the freezing or lock-ups that the Air used to suffer from.

Higher-powered graphics usually means an impact on battery life, and sure enough there’s a penalty in overall runtime.  Apple quote 4.5hrs from the new Air, down thirty minutes from the original, and while we never like to see usage times moving in that direction we at least found that to be an accurate estimate.  With the backlight set at half (which, thanks to the LED system, is no hardship) and WiFi turned on, we managed around 4.25hrs of casual surfing and emailing.  Watching video halved that, and video processing is an even quicker way to drain the battery.  Speaking of which, the Air’s battery is still non-user-replaceable.

The Air still isn’t a cheap notebook – the 1.6GHz model with 120GB SATA HDD comes in at $1,799, while the 1.86GHz version with 128GB SSD is $2,499 – but there’s less of a sense this time around that you’re paying solely for the design.  The solid-state model actually offers twice the storage for around $300 less than its first-gen counterpart.

Unlike the first time around, the SSD Air is the one we’d recommend.  Yes, it’s considerably more than its HDD counterpart, but its impact on performance is what makes the second-generation MacBook Air such a pleasure to use.  If budget is such a consideration as to make the SSD upgrade impossible, we’d steer you instead to the MacBook, which can now compete (if not best) the Air in style.  The Air remains Apple’s niche road-warrior option; now those owners can spend more time battling the competition than their notebook.  If you fit the profile, you won’t be disappointed. 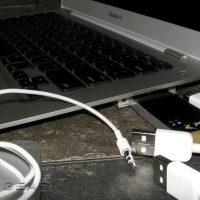 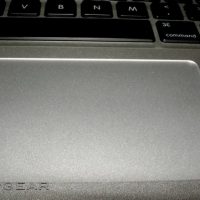 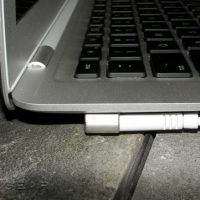 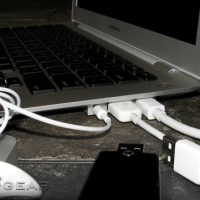 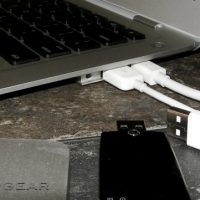 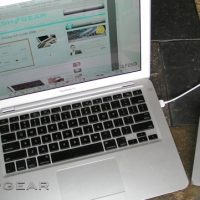