Lucid Motors’ Air EV may not be ready for your garage quite yet, but beta testing of the new all-electric sedan suggests its range could be. The work-in-progress BEV isn’t expected to go into production until this year, but it’s already demonstrating that its 400+ miles of range was no groundless boast.

The Lucid team shared a video today of one of its Air beta cars going for a road trip, as part of a real-world trial of its battery pack and electric drivetrain. The drive took place in California back in February, Lucid says – before, it’s worth noting, the self-isolation order was issued by the state.

Lucid has been promising range in the order of 400 miles as standard for the Air from the outset, though as we’ve seen from other electric car-makers those sort of boasts can be tricky to deliver on. The reality is that different road conditions, along with different styles of driving, can have a huge impact on how far an EV will go on a single charge. That’s before you get to the impact of conditions like weather.

Lucid was hardly flirting with arduous climate with its Bay Area to LA jaunt, but that’s not to say the Air didn’t impress all the same. The company says it did the 400+ mile trip down the coast on a single charge, and then back again on another single charge. That includes both highway driving and some significant changes in altitude, like climbing the 4,414 feet up to the Tejon Pass outside of Los Angeles.

Even with this trial under its belt – and, of course, it’ll take many more before the Air is ready for production, much less deliveries – there’s no telling what sort of “official” range figures Lucid’s car will end up with. The EPA’s official test process is increasingly showing itself to be out of line with what EVs can actually be capable of, something Porsche discovered to its cost with the Taycan last year. Real-world testing of the electric Porsche has shown it’s capable of much more than its underwhelming 201 mile EPA range assessment. 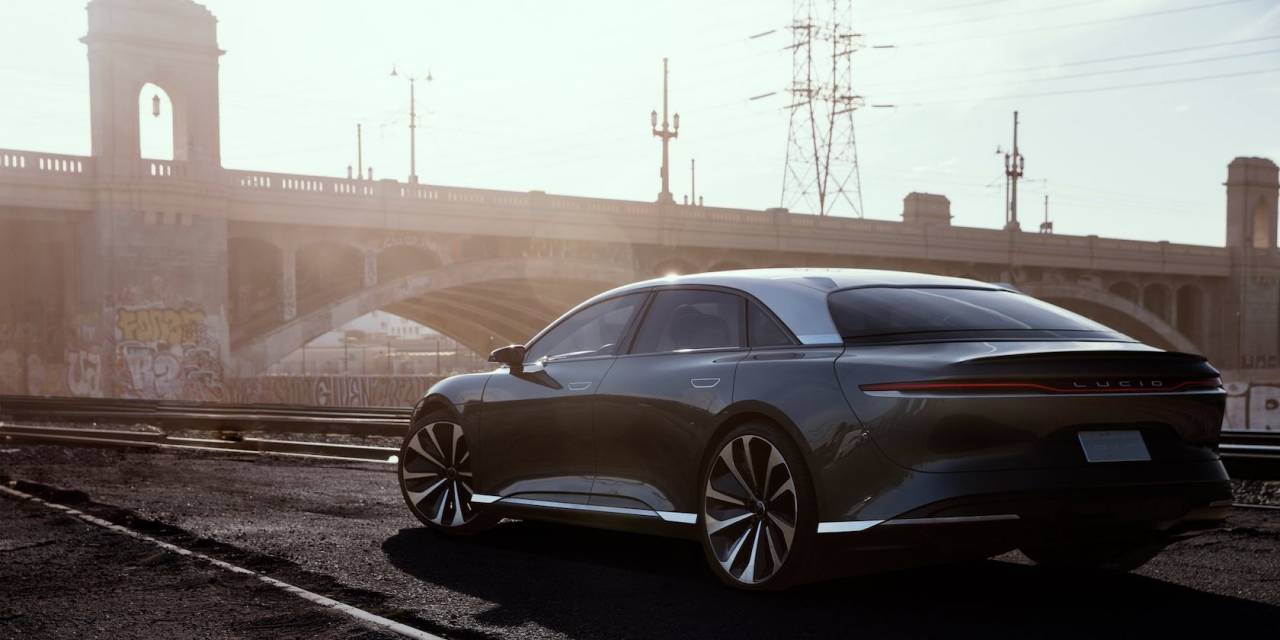 The disparity often comes down to expectations of “real world” driving and the sort of standardized test processes that are needed to fairly compare cars – and not just EVs. As we’ve seen trying to compare European cars with their US counterparts, the differences between EPA test processes and the newer WLTP Euro test can be significant. Vehicles that do well on the latter inevitably get a worse result on the former.

Lucid Motors still has time to work on its numbers, and of course we’re eventually expecting to see different configurations of the Air with different battery pack sizes. Not everybody needs a luxury EV that can do more than 400 miles between recharges, and nor can everyone afford that. Still, as headline figures go, it’s not bad at all for the automaker aiming to take on Tesla’s Model S among others.