Loupedeck is giving its photo editing console an upgrade, with the new Loupedeck+ promising broader software support, better-feeling hardware, and even more flexibility. Designed to be for visual editors what music controllers are to composers, the original Loupedeck launched back in 2016 with Adobe Lightroom support.

Now, the Loupedeck+ is adding Skylum Aurora HDR support to that. According to the Loupedeck team, that decision was based on feedback from early-adopters of the hardware. That response also helped shape the Loupedeck+’s other changes.

For example, the new model uses mechanical keys for “a more precise and sturdy feel,” while overall build quality has been improved. There are now two dedicated customizable dials, along with seventeen buttons. A “Custom Mode” allows all of the dials to be customized by the user.

As for the route to that configuration, Loupedeck has rebuilt its software that controls mapping the different buttons and dials to different settings. The result, the company says, is a faster and more stable deign experience.

On the horizon, meanwhile, is more integration with Skylum software, with Luminar on the roadmap. Loupedeck+ also has beta support for Capture One, which focuses on RAW image editing. There’ll be other software support added later in the year, the company says. 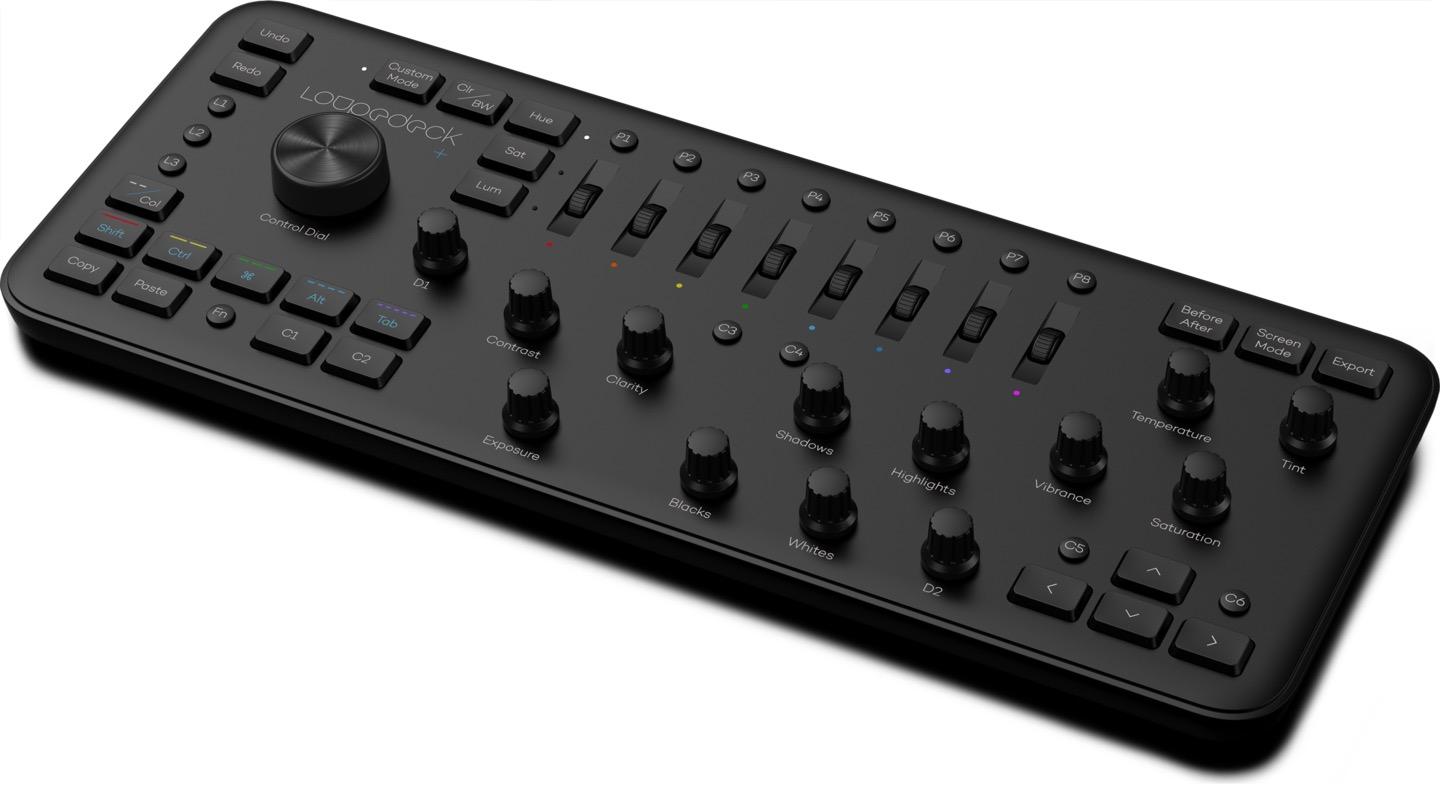 Otherwise, the core principle is the same as we saw back when the original Loupedeck smashed its way through the company’s Indiegogo target. You get dedicated knobs for things like contrast, exposure, shadows, highlights, whites and blacks, together with temperature tint, vibrance, and saturation. There are dials to adjust individual color levels, plus physical keys for common tasks and shortcuts such as copy and past, Shift/Ctrl/Alt/Tab, and navigation.

That’s all packaged up into a USB 2.0 peripheral roughly the size of a keyboard. Sales are kicking off today, priced at $229, and if you’re an original Loupedeck owner you get a $50 discount.