When I first heard that there was going to be a “The Lord of the Rings” game centered on Gollum, I was skeptical. I assumed it’d be limiting, putting the gamer in the body of the least-capable character in the series. Imagine my surprise when I realized that this wouldn’t be a journey riding along with Frodo and Sam, but taking part in the journey we didn’t see on the big screen. This Gollum game takes place after The One Ring came to Bilbo, but before Gollum found his way back to our halfling friends in the events of The Fellowship of the Ring.

Per the creators of the game, this adventure covers the span of time “From his time as a slave below the Dark Tower to his stay with the Elves of Mirkwood.” Your fate is not set. As Gollum, the decisions you make and the way you play “have a direct influence on Gollum’s personality.” It is up to you to “decide whether the darker side of Gollum takes over or if there’s a spark of reason left in what once was Smeagol.

Daedalic Entertainment and Nacon presented the following teaser trailer to the public this week. In the trailer, we see Gollum creep his way into the most nightmarish realm in Middle Earth: Mordor. He’ll make his way through the realm of Shelob We’ll see Mordor’s preparations for war. We’ll be crawling through the poisonous gas, and seeking the Precious.

Below you’ll see the moment where we get a sense of the scale of the game. Notice the beasts of burden and the cart wheels to the left and right, and watch the swinging elements in the center. This is likely the genesis of the monstrous army we see in The Return of the King. 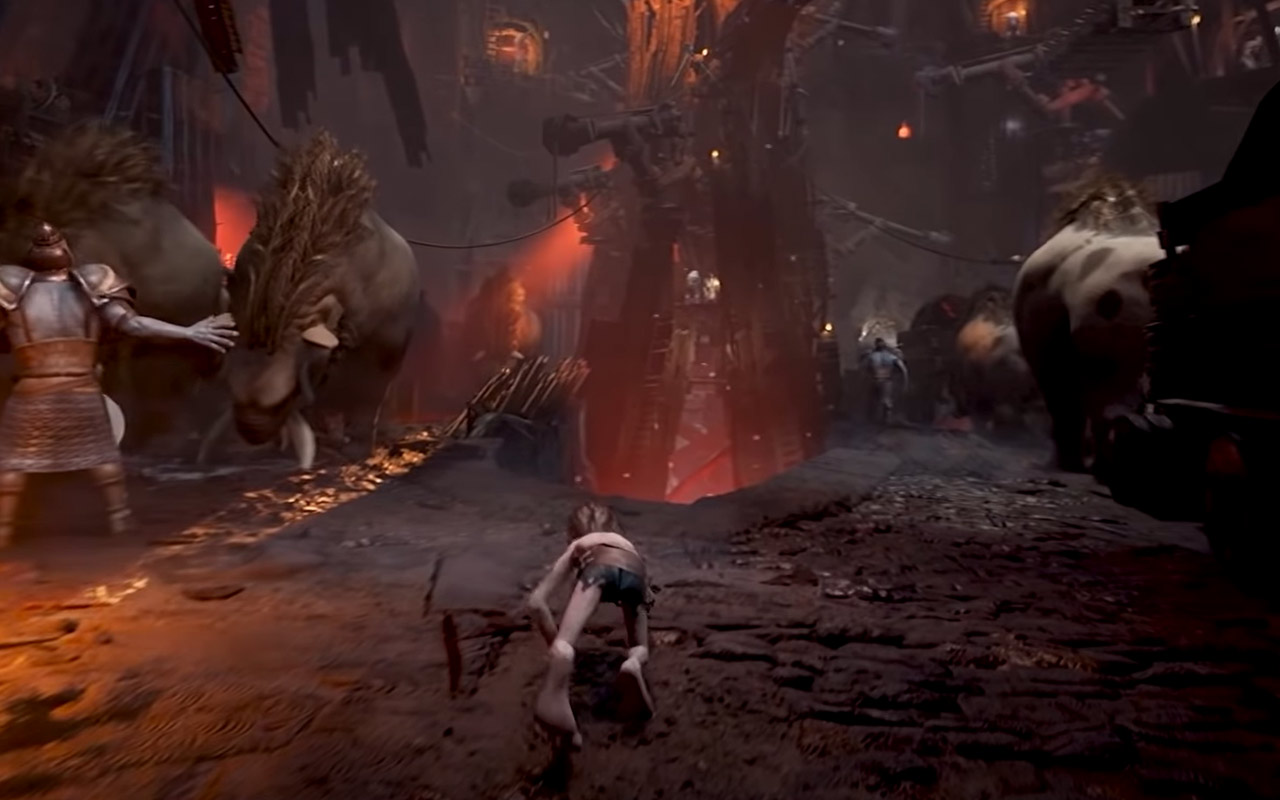 The Lord of the Rings: Gollum is a story-driven action adventure video game that’ll be available for multiple platforms. As of this moment, those include Xbox and PlayStation consoles, Nintendo Switch, and PC (through Steam). You’ll be able to play The Lord of the Rings: Gollum on consoles and desktop PCs in the year 2022 – we’ll know a more exact release date as we get nearer to the real deal.