Logitech’s Pop is getting an Apple HomeKit upgrade, allowing the programable wireless buttons to act as light-switches, scene-triggers, and more for iOS fans. Launched in August last year, Pop offers a triple-function button that can be customized to control hundreds of devices in your smart home. Now, there’s a second version for those who went the HomeKit route.

One of the reasons I’m such a fan of Pop is that, with a few exceptions, the smart home seems to have forgotten that people do like physical controls. In the rush to get appliances, lighting, and more chatting with the Internet of Things, little consideration has been given to those who don’t want to – or, like guests or small children, can’t – access them with their phone or tablet. Sometimes it’s nice just to press a switch and have the lights come on.

Adding HomeKit support isn’t just a matter of new software. Since Apple’s home automation system requires a specific hardware chip, the Pop bridge is different. Outwardly, it looks exactly the same – a small white block that plugs into a spare outlet and links via WiFi to your router and via Bluetooth to the battery-powered buttons. 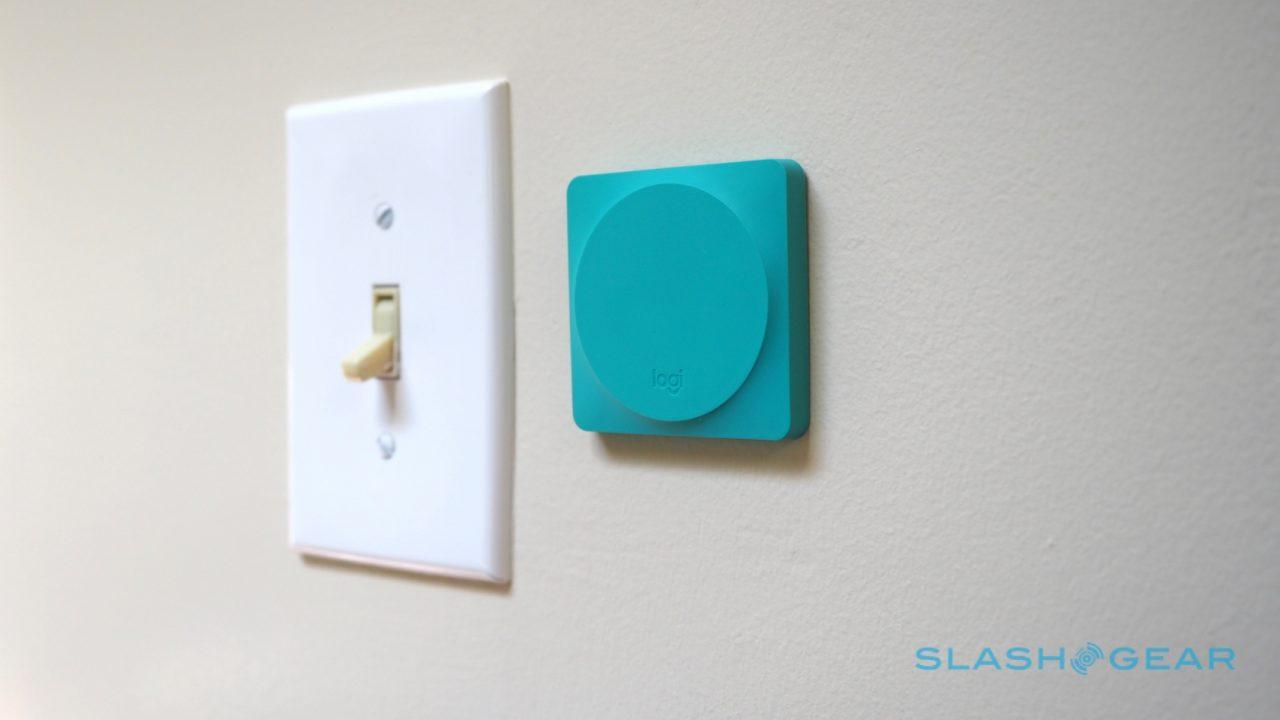 Setup promises to be even easier than before. There’s a QR code on the bridge that you scan with the iOS Home app; that automatically registers it – and the button Logitech includes in the box – to your HomeKit system. From there, you open the Home app and choose which devices or scenes to assign to the button’s three possible triggers.

If you’re an existing Pop user, any buttons you have can be repaired to the new HomeKit bridge and used with the Home app. If you’ve connected devices that HomeKit doesn’t currently support, but which Logitech’s own Pop app does, you can still control them in the usual way; indeed, Logitech is adding support for Osram lighting, together with Hunter Douglas and Lutron motorized blinds. Extra buttons are still $39.95 apiece.

Still, due to the nature of HomeKit, there are a few setup limitations you need to consider. For a start, whereas currently Pop buttons can automatically connect to whichever bridge is nearest – making it easy to increase coverage simply by plugging in another unit – in a HomeKit system they’ll only link with a single bridge. Potentially more limiting, you can’t have HomeKit and non-HomeKit assignments on a single button.

Instead, when you’re setting the Pop button up, you have to choose whether to assign its tap, double-tap, and long-press commands to one ecosystem or the other. HomeKit and non-HomeKit linked buttons can coexist on the same bridge, and you can change the assignments later on if you wish. However, you can’t have, say, a single button activate a HomeKit scene with a tap but a command through Logitech’s own Pop app trigger with a double-tap.

Even with those architecture considerations, I suspect HomeKit fans will be just as charmed with Logitech Pop as existing users have been with the programable buttons. Apple will have an exclusive on the HomeKit version, priced at $59.95 for the new bridge and a single button; Logitech says it’ll arrive in stores soon. The existing kit, with a non-HomeKit bridge and two buttons, will continue to be available, priced at $99.95.