Logitech revealed a new implementation of their MX Keys keyboard tech with a pair of new keyboards, both of them tiny. There’s the MX Keys Mini, and the MX Keys Mini for Mac. These keyboards are made to make an as-minimal-as-possible design with Logitech’s already-popular standard-sized MX Keys.

MX Keys Mini can connect to and remember up to 3 wireless devices at once with Bluetooth Low Energy. You’ll be able to switch between the three with a key press in the upper left-hand corner of the keyboard. The keyboard can show which device it is connected with using an LED indicator in each of the three device keys.

These keyboards deliver a lot of the functionality available with the already-released MX Keys keyboards, and add a few new buttons. Using Logitech Options, these keyboards add a dictation key (which works in Windows and macOS), a mute/unmute key, and an emoji key. 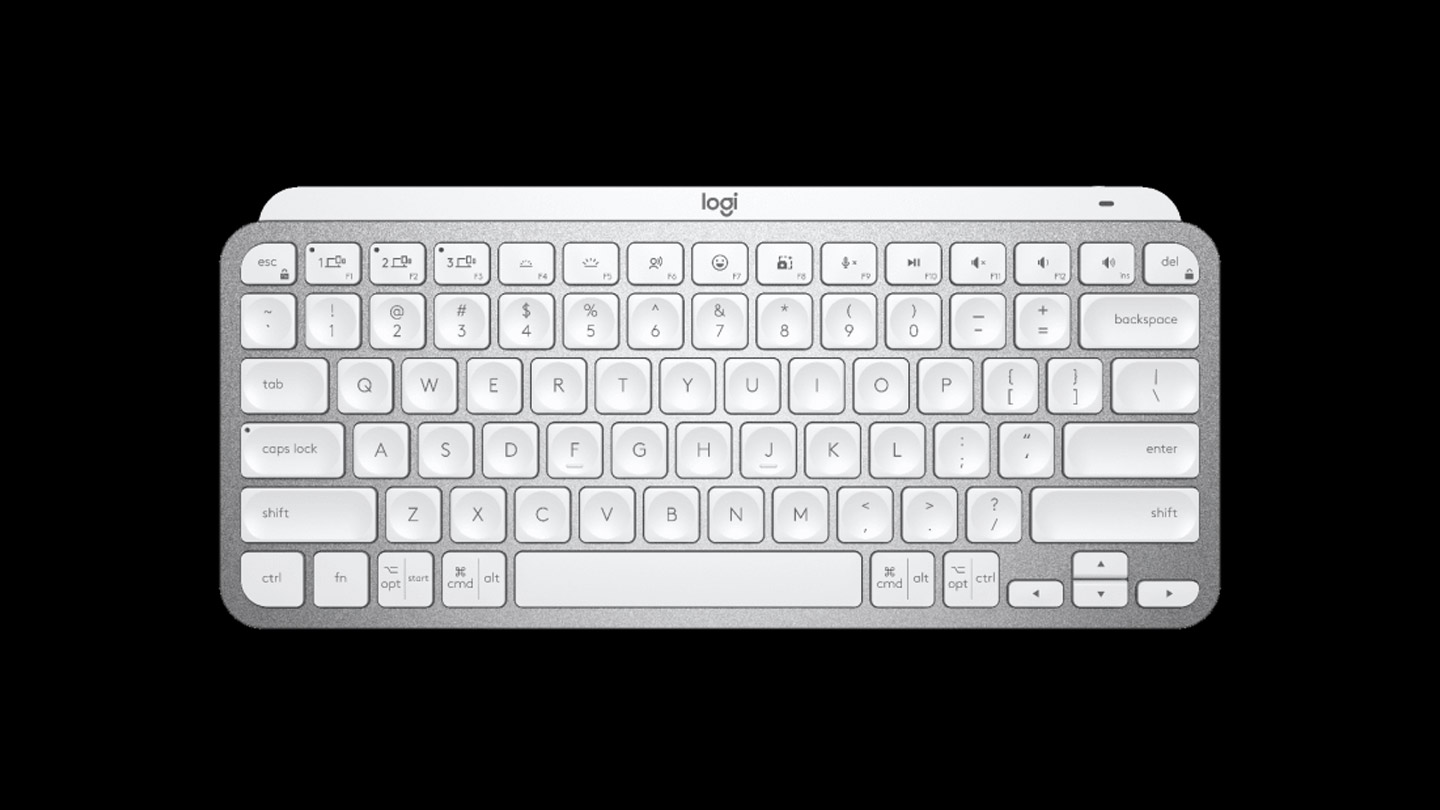 This keyboard has proximity sensors to detect when your hands are near. When your hands get close enough, the keyboard can illuminate its back-lit keys, with intensity based on lighting conditions.

MX Keys Mini keyboards have USB-C “quick charging” and an internal rechargeable battery. With said battery, Logitech says these keyboards can “stay powered up to 10 days on a full charge.” They can also last up to 5 months if you choose to turn backlighting off completely.

This keyboard can be purchased from Logitech online or at a wide variety of electronics stores around the world for approximately $100 USD. MX Keys Mini will be available in Black, Pale Gray, Graphite, and Rose colors.