Apple aren’t the only ones with a new iPad keyboard today, with Logitech unveiling a trackpad-toting keyboard case for the iPadOS tablet. Unlike the Magic Keyboard for iPad Pro, though, the new Logitech Combo Touch is intended for Apple’s more affordable tablets too, though it’ll only really come into its own when iPadOS 13.4 drops later in the year.

Rather than the most expensive iPad Pro models, the Logitech Combo Touch is made for Apple’s iPad Air 3rd Gen, iPad 7th Gen, and iPad Pro 10.5-inch. It connects via Apple’s Smart Connector, and supports adjustable viewing angles between 20- and 60-degrees. 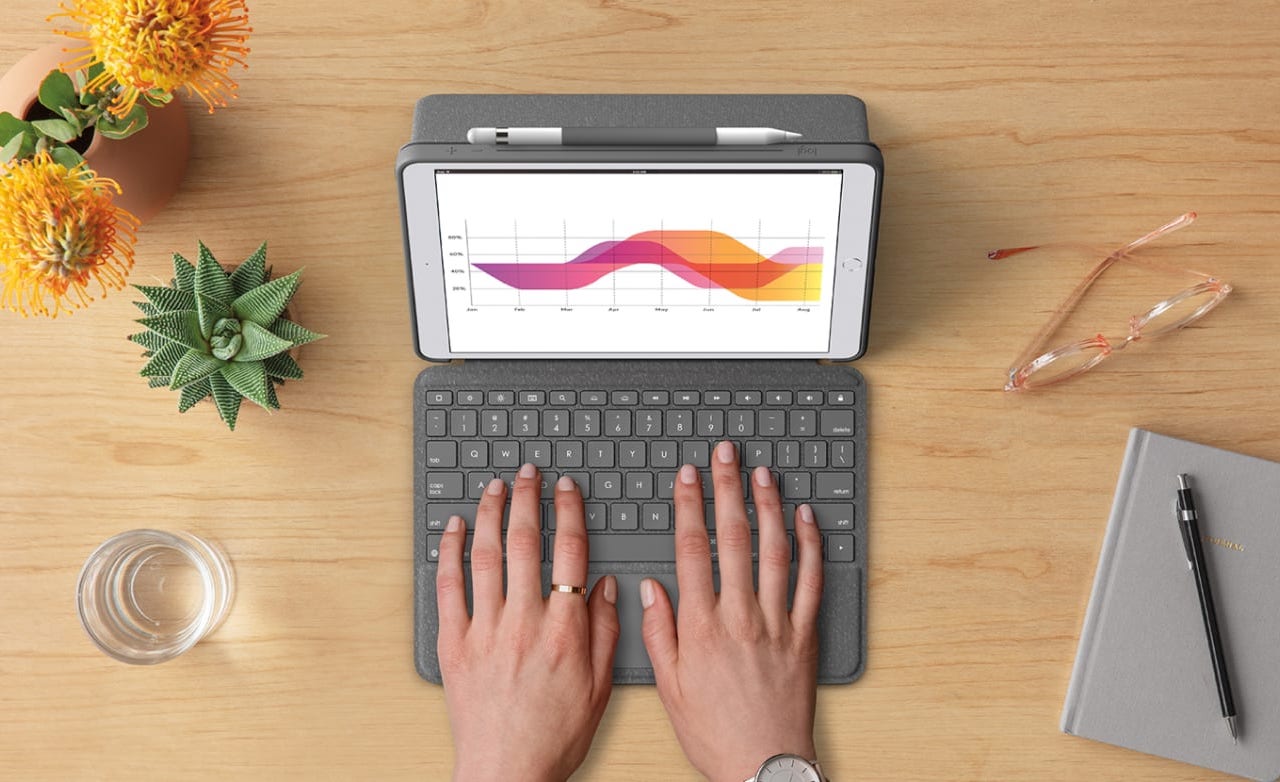 The keyboard is backlit, and has individual chiclet buttons. There are five adjustable levels of brightness, and Logitech uses a scissor mechanism for the keys. That has 18 mm key pitch and 1 mm of travel.

Where the Magic Keyboard for iPad Pro lacks a function key row, however, Logitech squeezed in a row of iOS shortcut keys. Those allow you to do things like adjust screen brightness, control media playback, change the volume, and lock the iPad. 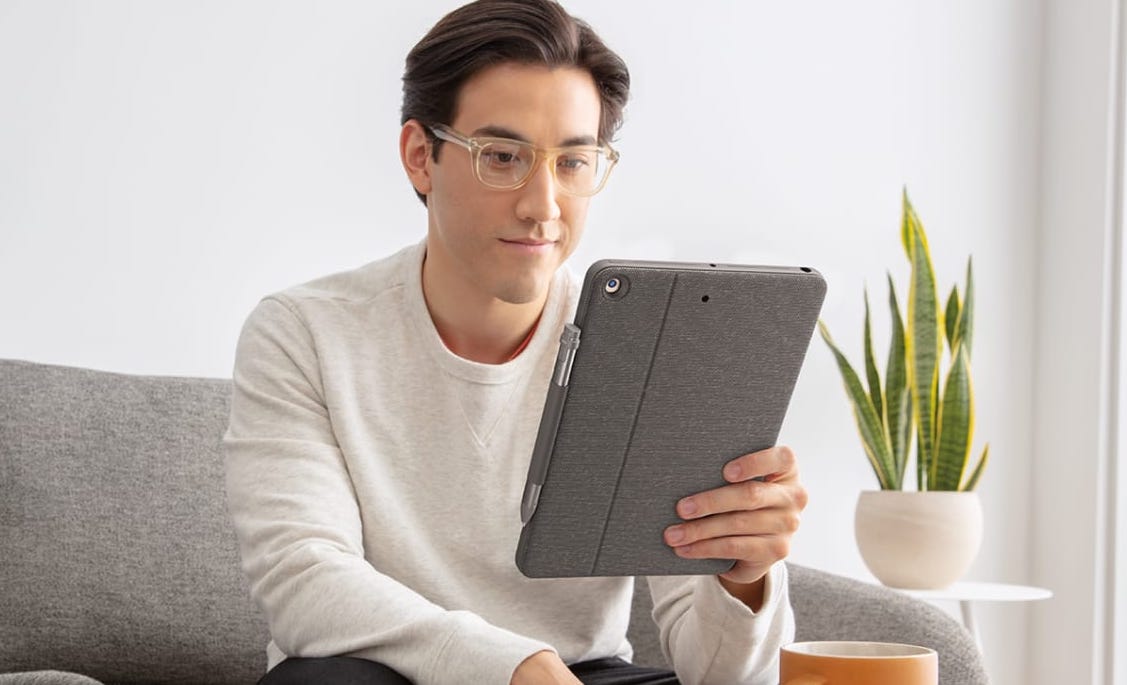 If you’ve got a 1st Gen Apple Pencil, or a Logitech Crayon, there’s a place to slot that stylus in for safe-keeping. On the back, there’s a cutout for the iPad’s camera, and of course it’s all powered from the Smart Connector, so no batteries are required. Opening the cover wakes the iPad and turns the keyboard on; closing it locks the iPad and turns the keyboard off.

The trackpad is the really interesting part, however, because it’s something we’ve not seen for iPads until today. In Logitech’s case, there’s multi-touch gesture support and a fairly sizable trackpad area. Not as large as, say, a MacBook trackpad, but still not small. 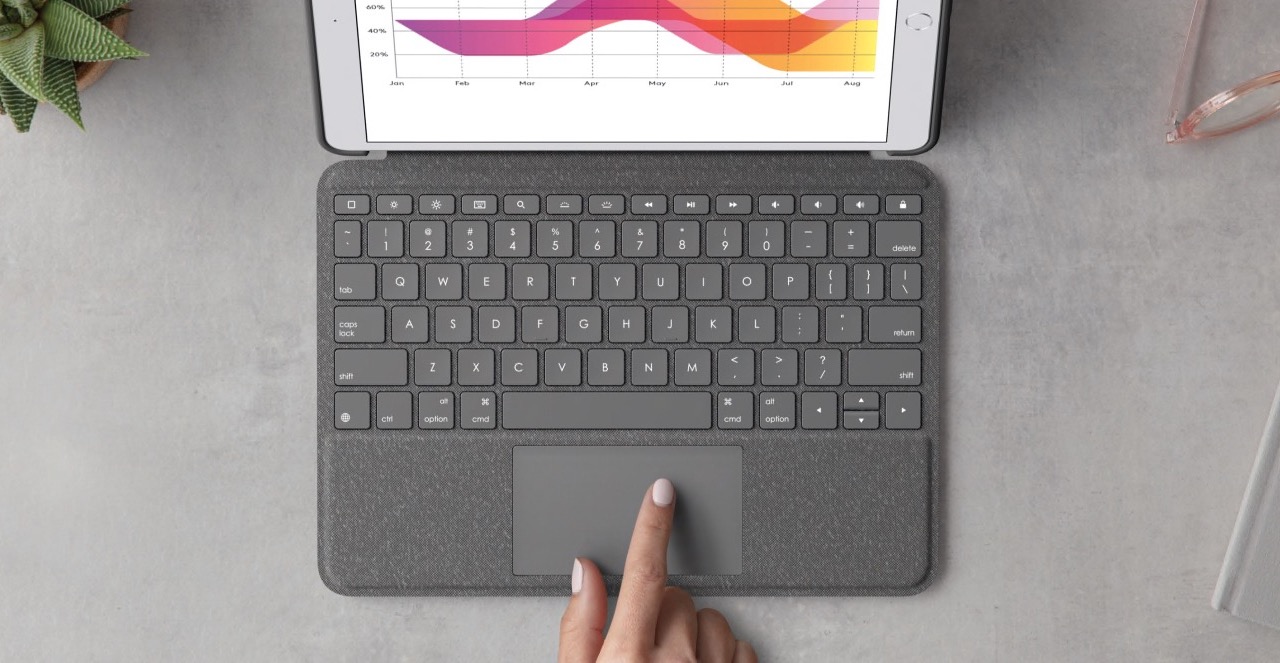 Of course right now iPadOS doesn’t actually support trackpad or mouse functionality. For that, we’ll have to wait until iPadOS 13.4, which Apple says will be released on May 24. The good news is that most apps won’t need to make any changes in order to work with the new on-screen cursor, though Apple will be offering APIs for developers hoping to do more specific features that take advantage of the new input option.

Logitech says the Combo Touch keyboard case for iPad is “coming soon,” though given it’ll be reliant on iPadOS 13.4 we’re not expecting it to arrive until the end of March at the earliest. It’ll be priced at $149.99, a whole lot less than the $300+ of the official Apple Magic Keyboard for iPad Pro.