Though it doesn’t quite leave light ribbons behind it yet, the vehicle the folks at Lit Motors have created here is the closest you’re going to get to Kevin Flynn’s “vintage” white cycle from Tron: Legacy without entering The Grid yourself. What you’re looking at here is more than an exercise in aesthetics, too, it’s a fully-enclosed two-passenger electric motorcycle which is able to fully self-regulate its balance automatically. Kick it in the side just like you would that robotic dog you’ve all seen videos of – it’ll right itself just the same!

This motorcycle also doesn’t have the same crossbar you’re used to when you think of a motorcycle, instead you’ve got a steering wheel, and two full-sized doors on either side of you, the whole vehicle enclosed to the point that you could drive it in a bit of hail without trouble. Of course you’ll get a few dents if you do that, but still, you can do it! This vehicle also employs KERS Kinetic Energy Recovery System in addition to both an aerodynamic shape and a low rolling resistance. 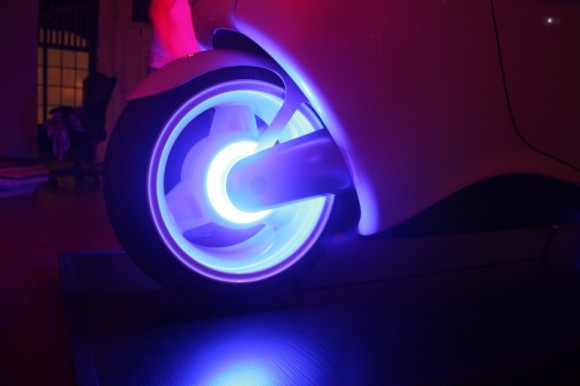 With KERS, whenever you use your brakes, that kinetic energy will be stored and used to assist in spinning up the flywheels. The flywheels sit near the bottom of the vehicle and both provide stability for the vehicle and deliver power to the drivetrain when you’re accelerating. Quite efficient! The C-1’s flywheel stabilization system allows you to balance in essentially any situation, as shown quite clearly in this lovely video:

You can currently reserve yourself a vehicle with Lit Motors for a fully refundable $250 USD deposit, 25 of which have been placed so far. The vehicle is currently set at a price point of a cool $24,000, but the team hopes to get the price down to a much more reasonable (depending on who you’re talking to) $16,000 USD once production is fully underway in 2014. I’ll take one! 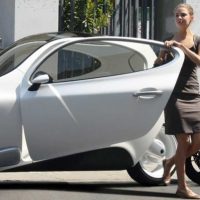 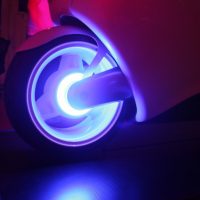 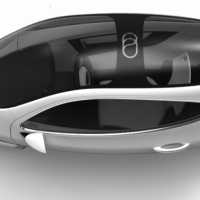 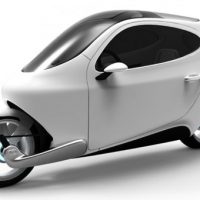 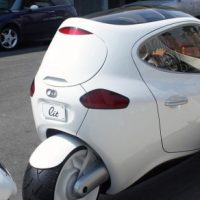