Linksys’ latest mesh network system has arrived on shelves, and if you need broader coverage and are willing to pay handsomely for WiFi 6E, you’re in luck. Announced at CES 2021 at the start of the year, the Linksys Atlas Max 6E (AXE8400) system looks at first glance like the familiar mesh totems we’ve seen from Linksys before.

However inside there’s the latest in WiFi 802.11ac connectivity, with support for WiFi 6E and the new 6GHz band. It’s that which can give the AXE8400 its particular turn of speed.

In fact, Linksys says, you could see up to 8.4 Gbps of wireless bandwidth, which is a considerable uptick compared to previous WiFi versions. With the three units in the Atlas Max 6E pack, you’re looking at up to 9,000 square feet of coverage, Linksys promises. Meanwhile, each node can support more than 195 simultaneously connected devices.

On the back there are more ports than usual, too. Along with the 5 gigabit WAN port, there’s also four gigabit LAN ports on each unit. A USB 3.0 port allows for external drives to be shared with the rest of the network, among other things. Everything is configured via the Linksys app for iOS and Android. 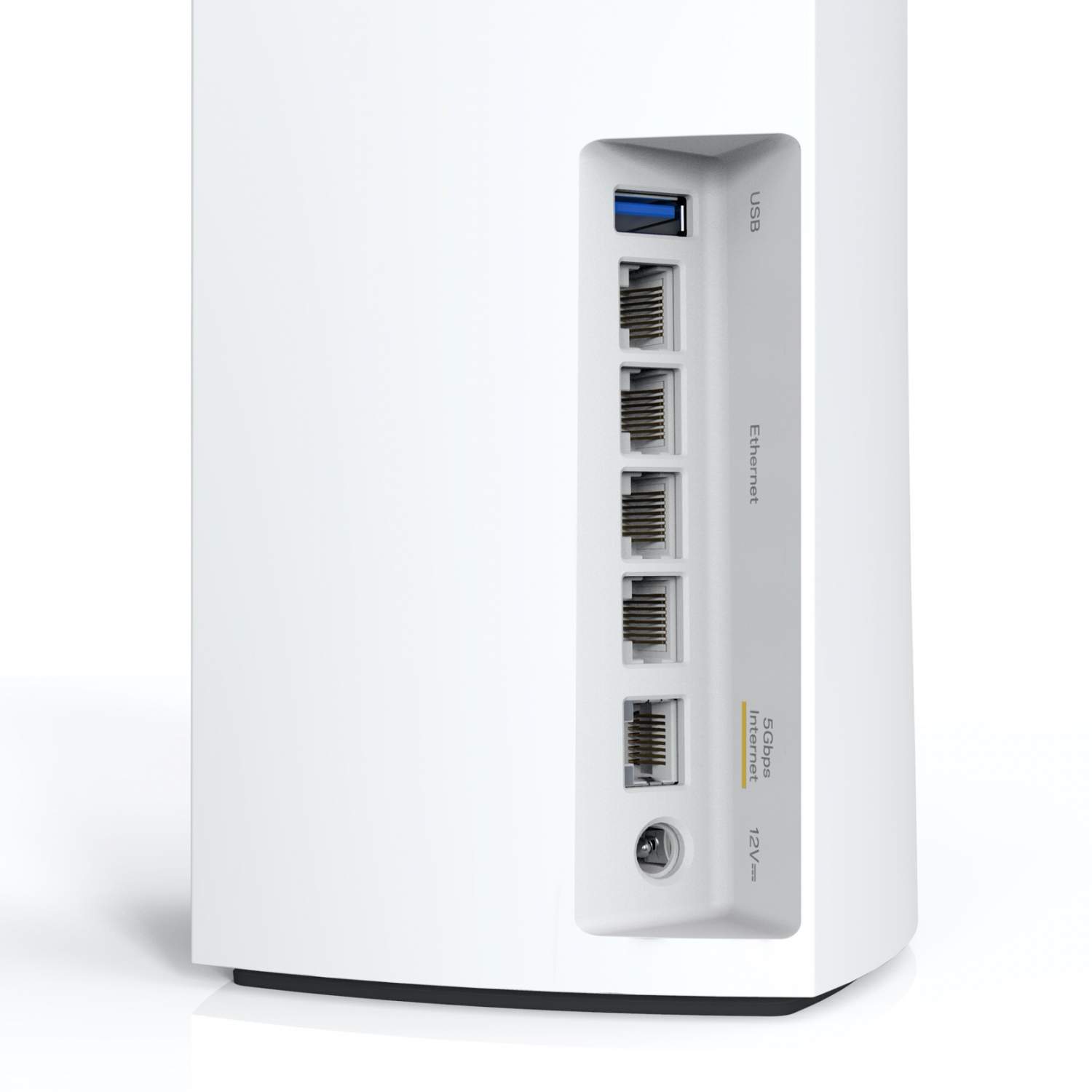 Exactly how you use that 6GHz band will probably depend on what you’re trying to connect. For the moment, of course, client devices with WiFi 6E support themselves are in fairly short supply. That will change as new laptops, smartphones, and other things roll out over the coming year and beyond, but for the moment there may be a shortage of things you can actually connect to that 6GHz radio versus the far more established 2.4GHz and 5GHz.

Potentially more useful, then, is relying on the 6GHz radio as the backhaul connection between each of the nodes. That could be a bottleneck on previous mesh WiFi systems, but the combination of WiFi 6E and four times the number of channels of existing mesh routers, it shouldn’t be an issue for the AXE8400.

Indeed, the only problem is probably going to be price. Available to order now, the three-node Atlas Max 6E is a hefty $1,199.99, meaning you really, really have to be in need of maximum wireless speeds in order to take the leap. A single unit will be $499.99, or you’ll pay $899.99 for a two-pack; they’re expected to arrive in June. Everyone else might be better served holding off until WiFi 6E makes more of a push into the mainstream.

[Updated to clarify pricing on the single/double unit packs, which have slightly increased since Linksys’ CES 2021 announcement]