The integrated mesh technology can be set up using an app and allows full access to all three available Wi-Fi bands allowing customers and connected devices to choose which band to use. Linksys says its AXE8400 Wi-Fi 6E system is certified with the Wi-Fi Alliance and the FCC. It’s powered by the Qualcomm Networking Pro 1210 Platform with support for hundreds of devices.

The company also notes that the platform provides enough speed that it’s an ideal solution for bandwidth-heavy homes and can support multiple activities simultaneously. Support for multiple activities simultaneously is a big deal as many people are still working from home due to the pandemic and are competing for bandwidth with children who are home playing games or streaming video, and partners who are also working from home.

With support for tri-band, the AXE8400 Wi-Fi 6E supports 2.4 GHz, 5 GHz, and 6 GHz frequencies and has a 5 Gbps WAN port. Linksys also bakes in a quartet of Gigabit LAN ports for local connectivity along with a single USB 3.0 port. AXE8400 covers up to 3000 square feet per node and is designed to manage the demands of over 65 devices, all sharing the same bandwidth. The mesh system is designed to eliminate dead spots and provide high-speed connectivity for an entire home, including the backyard and vehicles outside. 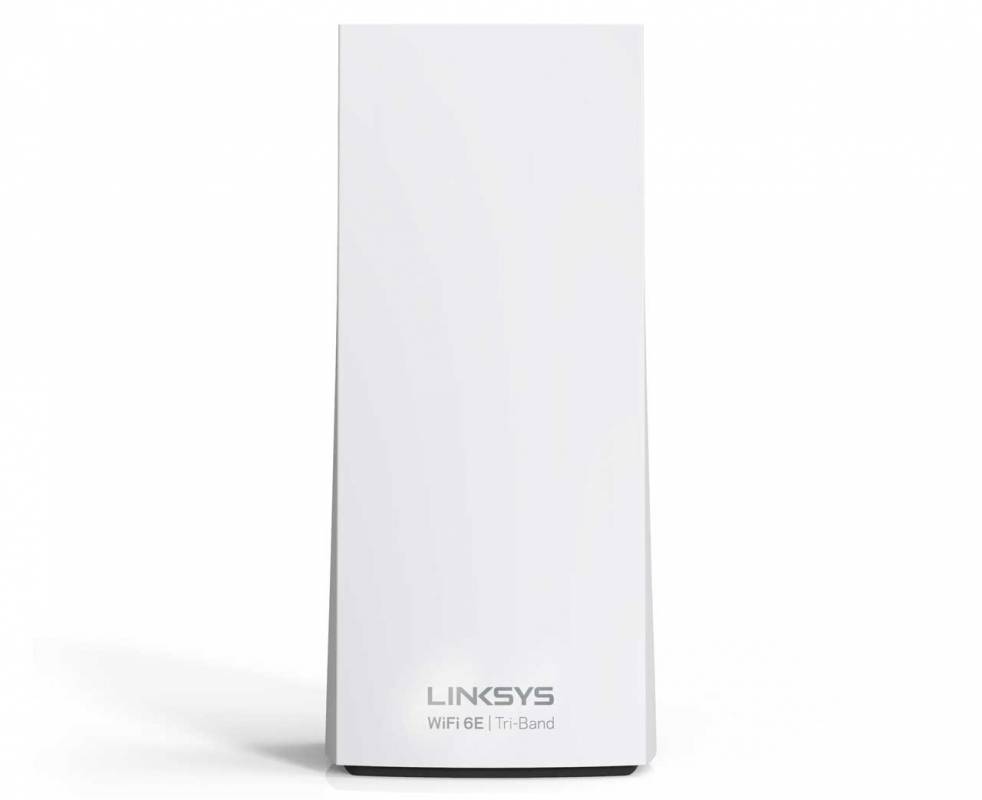 The ability to cover vehicles outside is a big deal, with many vehicles now supporting over the air updates requiring Internet connectivity. Linksys also notes the AXE8400 Wi-Fi 6E is compatible with all its Intelligent Mesh Products, including all previous versions. The biggest caveat is that the system is extremely expensive at $449.99 for a single device, $849.99 for a two-pack, or $1199.99 for a three-pack. The AXE8400 Wi-Fi 6E will launch in the US starting in the spring/summer of 2021.