It appears that LightSquared will have an extra 2-year window to earn regulatory approval for its LTE mobile network spectrum as Inmarsat cuts them a break in the face of almost certain doom. This company. LightSquared, has been seeking approval to use a combination of satellite and terrestrial signals for months now, being turned down by the FCC in the face of breaking down GPS signals. While the FCC’s current position would otherwise mean LightSquared would not be able to survive the summer, the group from which they’re renting spectrum now has granted them a reprieve until March 31st, 2014.

This is great news for LightSquared as they gather their things and begin anew thinking of ways that they might save their business now that the FCC has essentially given them the big hand in the face. The rental fee LightSquared is asked to pay quarterly is $29.6 million USD, difficult for a company that’s not currently allowed to function or offer up data connectivity for sale. LightSquared has said they will use the extra time to once again focus on obtaining regulatory approval for its project as soon as possible.

Inmarsat had previously said they’d shut down LightSquared if they did not cooperate under their agreed terms, noting their payment being late under the first phase of their written agreement. LightSquared responded by noting that Inmarsat, in turn, did not fulfill all it’s agreements either. Inmarsat spokesman Chris McLaughlin noted the following on the subject:

“We complied with everything they asked us to do [including] alternating stripes of L-band spectrum.” – McLaughlin for Inmarsat 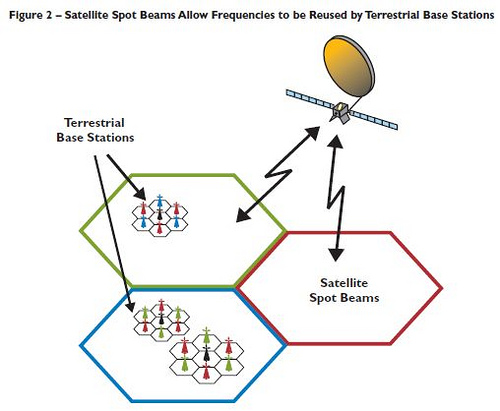 Since this disagreement, LightSquared did make an outstanding payment of $56.25 million. LightSquared now seeks to continue their deal hinging on their ability to get in good with the FCC or substantially change the way they run their connections to data. Have a peek at the timeline below to follow this story back to the beginning!