This week the NASA folks behind the Curiosity Mars rover mission have published a set of papers which suggest that they’re closer than ever to finding habitable environments on the planet. These findings are pre-emptive in finding actual organic materials, and show how life could maybe, possibly have existed on Mars at one time. Basically the scientists on this project have said they’re confident that there’s a possibility of life at this point without literally saying they’ve found that life outright.

The team landed the Curiosity rover in the Gale Crater on Mars all the way back in August of 2012. Fast forward to late 2013 and the rover has moved just a bit outside the crater to Yellowknife Bay where this discovery is being made. Here they’ve got evidence of clays being formed inside this possible habitable environment, just a bit more recent than originally supposed.

Using the rover’s ability to drill into rock and find the age of the materials within, Curiosity has suggested that the minerals in its most recent samples were formed about 4.2 billion years ago. They’ve been exposed at the surface – bad for life – for about 80 million years.

The shorter the time these minerals have been exposed the harmful radiation of the surface of Mars, the better the chances scientists have of finding organic chemicals. Speaking with NBC news, Caltech’s John Grotzinger suggested that 80 million years is “better than 100 million”, but that it’s “not as good as we could potentially do.” 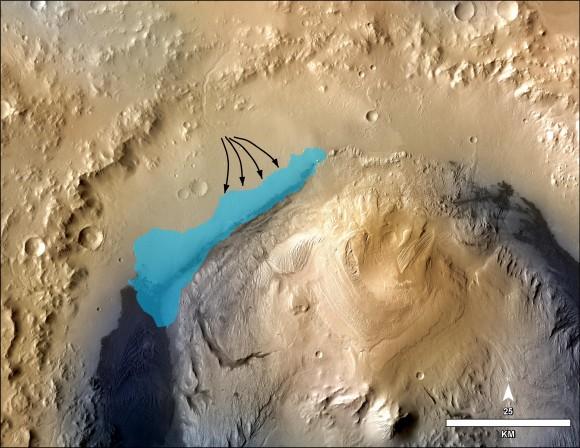 Grotzinger is Curiosity’s principal investigator and suggests that there’s certainly a possibility that they’ll find rock exposed for a far shorter amount of time. They’ve just got to keep looking until they find it. It was just 3.6 billion years ago when Earth started sprouting life at essentially the same time as the Gale Crater may very well have had water itself.

All the clues appear to be coming together – at the scientific speed of discovery (very, very slowly compared to our normal news cycle). Tune in in another year for the next update!