LG’s 55-inch mirrored display is looking back at you

LG’s got a neat display they’re showing off here at CES, and it’s not like one we’ve seen before. Their mirror display might actually come in really, really handy in homes as well as retail establishments, too. Most times, we see things like this and never see them hit the real world. LG has thought this one through, though, and we see a lot of potential.

The display is also a mirror, so it has functionality when it’s off as well as on. The mirroring never goes away, either, which comes in uniquely handy for what LG has designed it for. By turning in front of the mirror, LG takes a 360-degree shot of you. You can even take the picture and rotate it (you?) when done. From there, a host of menus pop up, and the real utility of this comes into play.

LG has designed the mirror display to have menus pop up, and gives you recommendations from designers who have loaded their catalog into the system. It will then give you an idea on how something would look on you, rather than the guess-work of an online or physical catalog. There are other fun things to do, like use it as a photo booth or take videos, but the LG mirror display is not solely for fun. 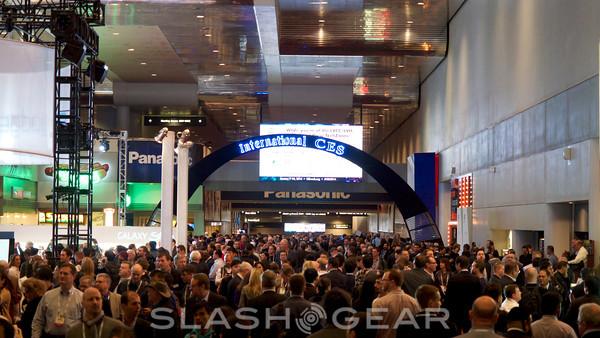 At 55-inches, the display is certainly large enough to display all you need, and is definitely a large enough mirror. The bezels are nearly absent at 15mm, and it displays info in full HD (1920 x 1080). If you want to get really hands about it, the screen supports multitouch.

They have also designed it to become a central part of your home, and can act like a giant display for your wall as well as a mirror. Displaying information like your calendar and appointments, it could be a central part to your day. Of course, it’s touch screen, so you’ll have to get past your fear of touching the mirror. Sadly, we don’t know what material it’s currently made of, but that could change should it become available to consumers.