The LG V30 is here, and the new smartphone has the potential to please photographers while it frustrates Android power-users. Revealed at IFA 2017, the latest iteration of the V Series marks something of a departure from what we’ve come to expect of that line, as LG narrows the gap between it and the G6.

There’s something fairly Samsung-like about the V30, at least from the front. Its metal frame wraps around a curved OLED display on one side, protected by Gorilla Glass 5, and another panel of the same material on the back where you find the combination power button and fingerprint scanner. The rounded, polished edges have a little of the HTC U11 about them, with USB Type-C on the bottom next to the down-facing speaker, and a 3.5mm headphone jack on the top. 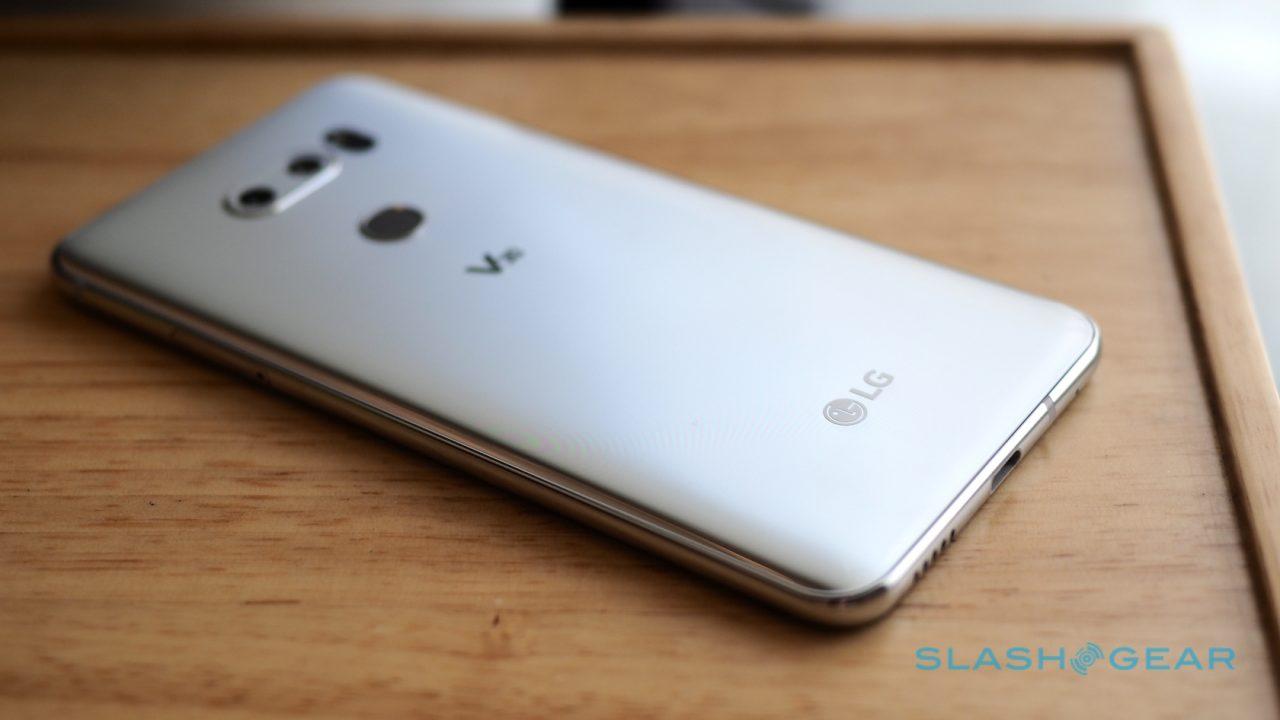 Unsurprisingly, the specifications build on what we’ve already seen in the LG G6. The processor gets a welcome nudge up, to Qualcomm’s Snapdragon 835, and it’s paired with 4GB of RAM. LG still gives you an SD card slot, but even with that the V30 manages to achieve IP68 water and dust resistance. Indeed, the phone has also achieved MIL-STD 810G durability compliance.

Screen size is up from the G6, too. The V30 packs a 6-inch Quad HD+ 2880 x 1440 panel, pushing its curved corners right to the very edges of the frame and leaving minimal bezels top and bottom. It’s a bright, detail-rich panel, too, though fans of the V20 might be sad to see something is missing this time around. 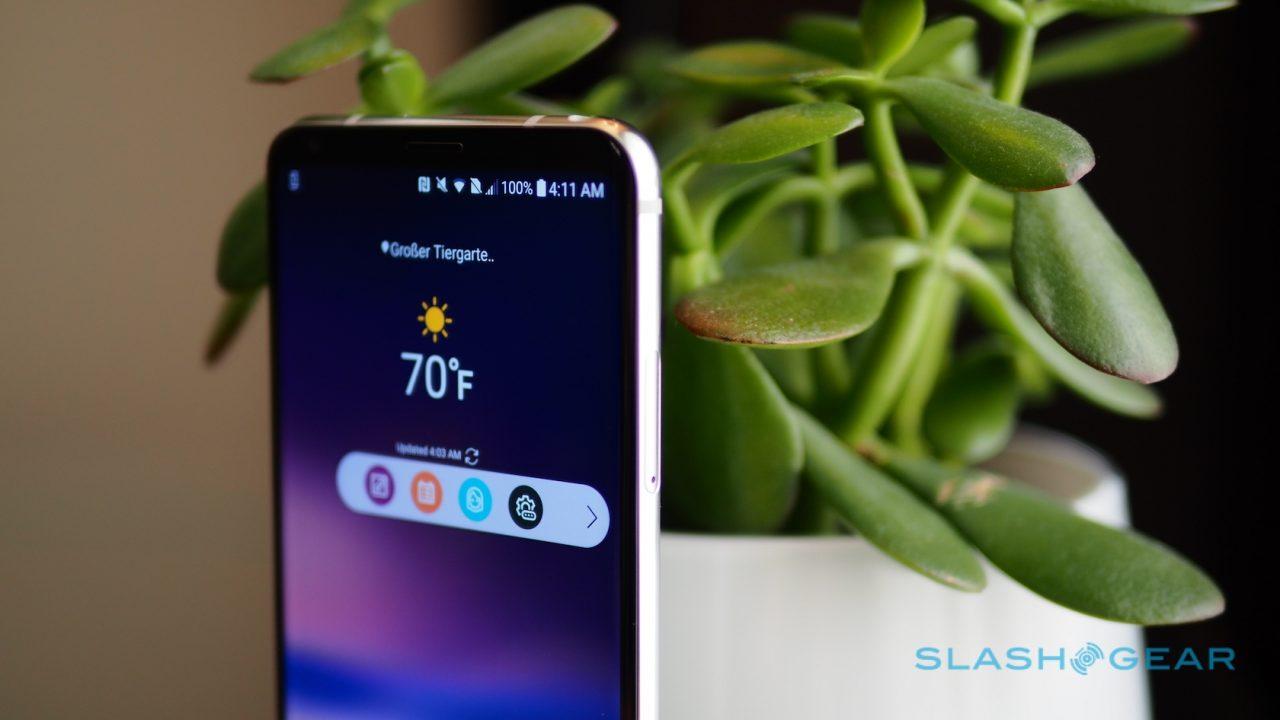 That’s the secondary display, the small touchscreen strip that ran across the top of the V20’s screen and was used as a quick-launcher, notifications ticker, and general purpose alerts bar. For one reason or another its been retired, replaced with what LG is calling the Floating Bar.

It’s basically a software version of the Second Screen, which can be stuck to the left or right edge of the screen. When tapped, it unfurls to show launcher icons, music controls, upcoming alarms, or other information; you can choose which apps, and which panes, and shown. Alternately you can turn it off altogether. 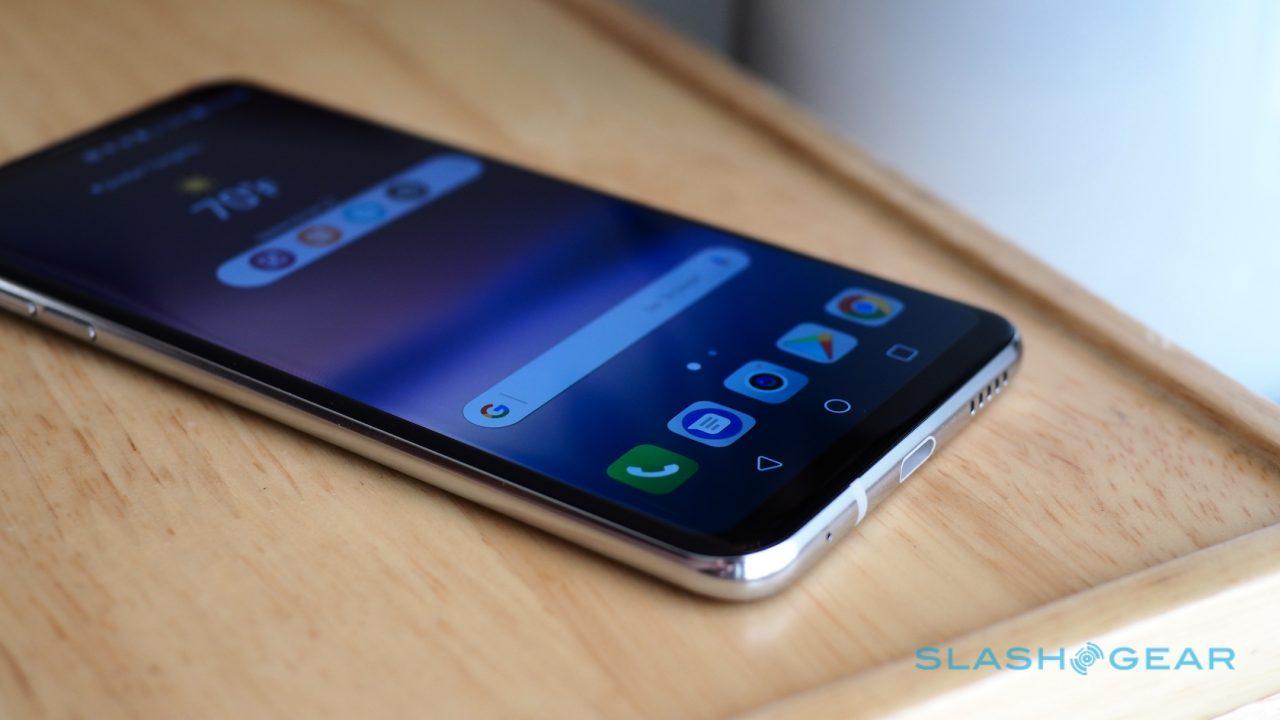 While it’s not as eye-catching as the V20’s Second Screen, I suspect few will be disappointed by LG’s change. Had the company wanted to use its existing idea on the V30, it would’ve had to significantly enlarge the top bezel, increasing overall handset size in the process. Instead, you paradoxically get a smaller device – 151.7 x 75.4 x 7.39 mm and 158 grams – but with a bigger screen than the 5.7-inches of the V20.

Unfortunately some new compromises have been introduced which I don’t think V Series fans will be so content with. The biggest is LG’s decision to use a non-removable battery. Yes, at 3,300 mAh it’s slightly larger than the 3,200 mAh of the V20, but there’s no switching it out while you’re on the move. LG is clearly hoping wireless charging will be sufficient salve for that design change. 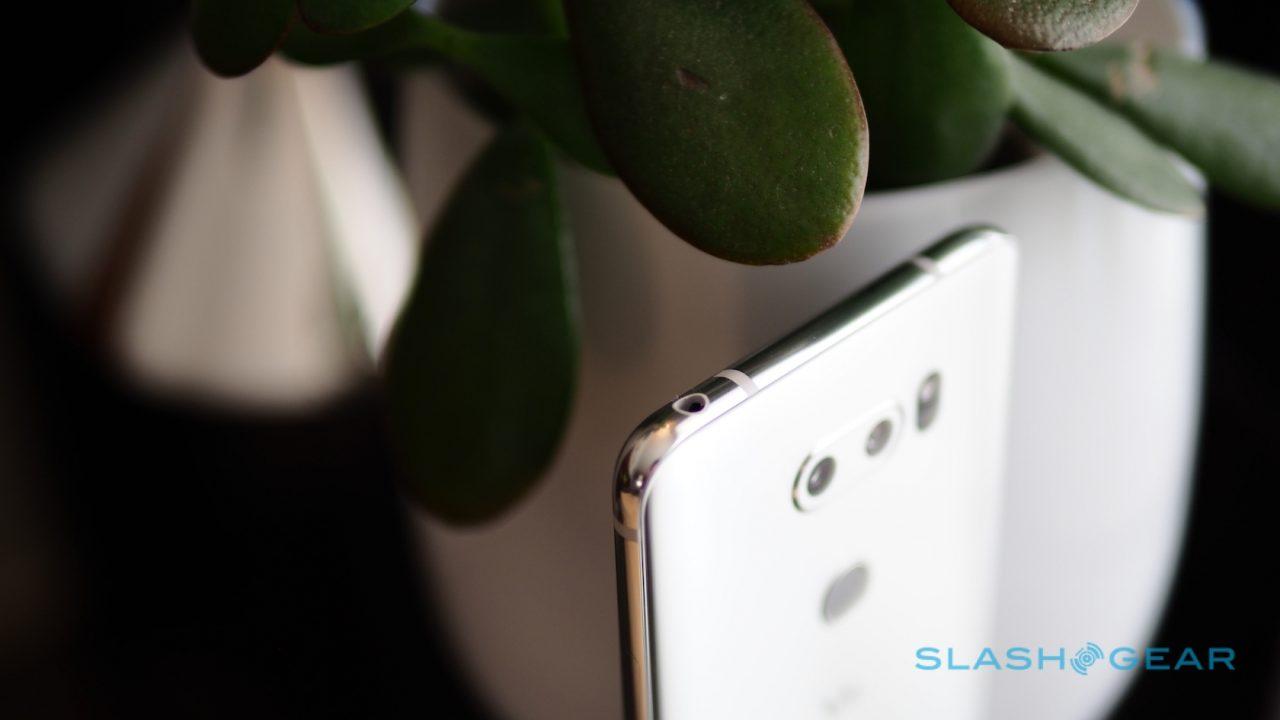 Like the G6, there are twin cameras on the back, though the resolution of the main sensor has risen. On the V30, that has a 71-degree regular lens and shoots at 16-megapixels, while the other has a 120-degree wide-angle lens and captures at 13-megapixels. The front-facing camera is still a 90-degree wide-angle 5-megapixel sensor.

LG has big ambitions for the V30’s camera, and the specs certainly set it off to a promising start. The lens is f/1.6 and glass, and there’s a 10-bit HDR image sensor for better high dynamic range photography. There’s a comprehensive manual mode that allows deep tinkering with individual settings. 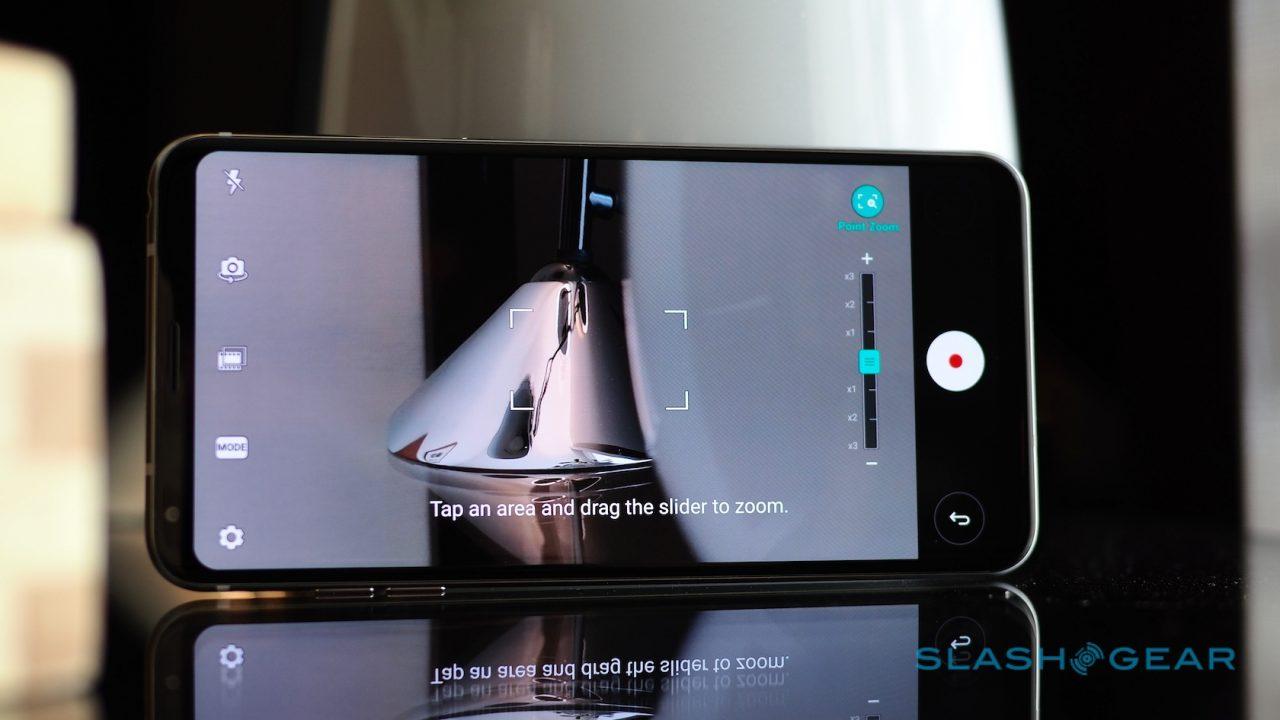 However the V30 also has something for more casual users. The Auto mode has been refined for better impromptu shots, and there’s now a GRAPHY mode that allows you to choose between camera presets by selecting a sample image to clone the settings from. On the video side, there’s 4K capture of course, but movie-style processing options such as sixteen film-esque color grading presets.

Point Zoom allows the pace of the zoom to be controlled more minutely, and you can preselect the area of the frame you want to enlarge rather than just the center being given priority. You can shoot in 16:9 or 18:9 aspect ratios, and there’s tracking focus for moving subjects in FHD and HD modes. An onboard video editing app is preloaded. 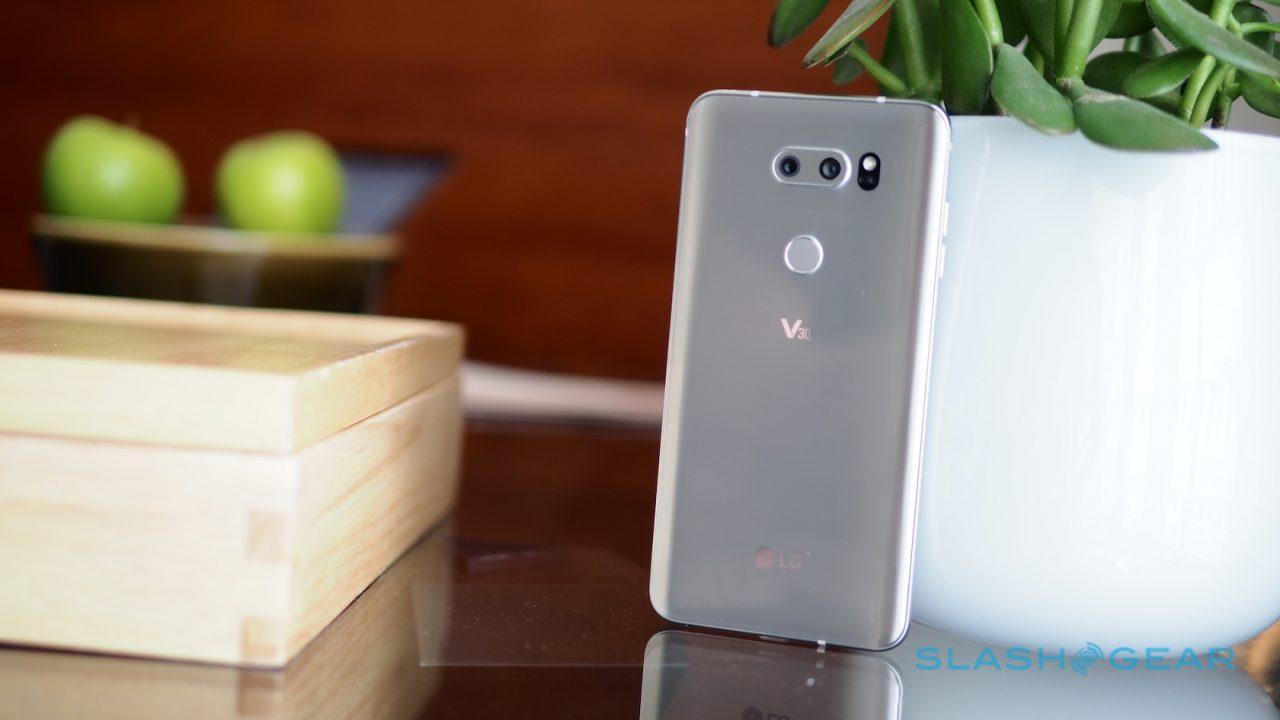 The last big multimedia push LG has made is to audio. In a departure from the wireless direction many smartphones are moving in, LG includes a beefy Hi-Fi quad DAC to go with its 3.5mm headphone jack. Sound is automatically adjusted for wired audio devices like headphones that have a high impedance, and you can choose between several sound presets – like enhanced, detailed, and live – switch the digital filter between short, sharp, and slow, and individually adjust the balance of the left and right channels.

In all, it’s an interesting evolution for the V Series. What once promised to be the epitome of a resolute power-user’s device – neglecting on style and accommodating of bulk in order to deliver the features heavy Android users demanded – has now cherry-picked aspects from the more mass consumer-friendly G Series. The result is a phone that’s sleeker, more powerful, and more capable than the G6, though it achieves that by sacrificing things like a removable battery that may prove to be a deal-breaker for some.