LG V20 might have a weird way to replace batteries

Based on previous leaked photos and diagrams of LG’s upcoming new flagship, the V20, there has been some concern that LG has bitten the bullet and jumped on the non-removable battery bandwagon. This latest leak could give them half an assurance, almost literally. That’s because while the schematics do hint that the LG V20’s battery can be removed, it shows that getting to that battery pack may be a bit more involved than usual, requiring a back cover that splits in half and a removable bottom lip as well.

Most full metal smartphones exhibit the same unfortunate characteristics, especially if they are grafted from a single piece of aluminum. They have no mechanism for removing and replacing the battery. The LG G5, while going all metal, worked around that problem thanks to its modular design, where the lower lip of the smartphone could be detached, taking the battery along with it. The LG V20, on the other hand, might be weirder.

The diagram shows the left (facing the back) half of the V20’s rear plate sliding off to reveal not just the battery but also the microSD card slot. The bottom, however, also detaches like the LG G5. Jumping to conclusions, one might think users will need to perform one or the other to get to the battery or other card slots. If that were true, you’d have a very visible, and potentially problematic, seam down the middle of the V20’s back.

Of course, there’s probably a more rational explanation for this. This is, after all, a diagram and it could merely be showing the innards of the smartphone, akin to a cross section. That said, another angle shows that same removed half even though only the front and right side of the smartphone is shown. 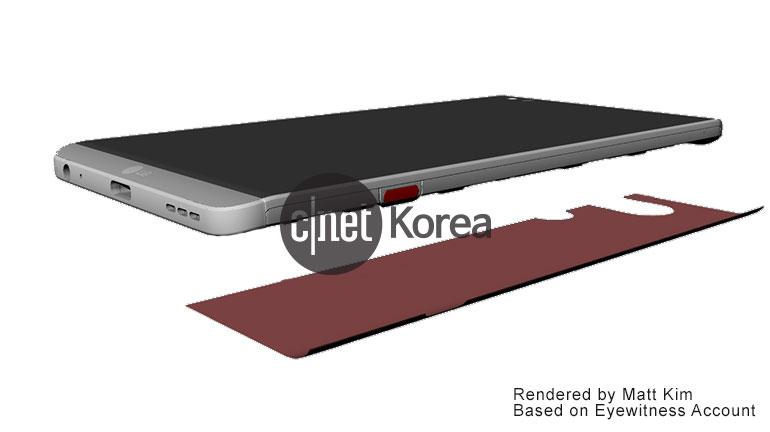 As these are in no way actual photos of the LG V20, it’s hard to give complete credence to them, even if they are claimed to be based on eyewitness accounts. Aside from the oddity of the design, an opening like that would not only be more cumbersome to use but also invites the ingress of dust, liquids, and moisture. After serious cases of exploding batteries, we’re hoping that LG will be a saner voice this half of 2016.