LG has developed a new pod ice-cream machine, with the LG Snowwhite promising to do for frozen desserts what Keurig and Nespresso have done for coffee. The machine is a prototype at the moment, and being previewed at SXSW 2019 in Austin, Texas.

Like a pod-coffee machine, LG Snowwhite uses special capsules. Whereas your Keurig just blasts ground coffee with hot water, however, the ice cream machine promises everything from ice cream through to sorbets and gelato. It can also make frozen yogurt, LG says. 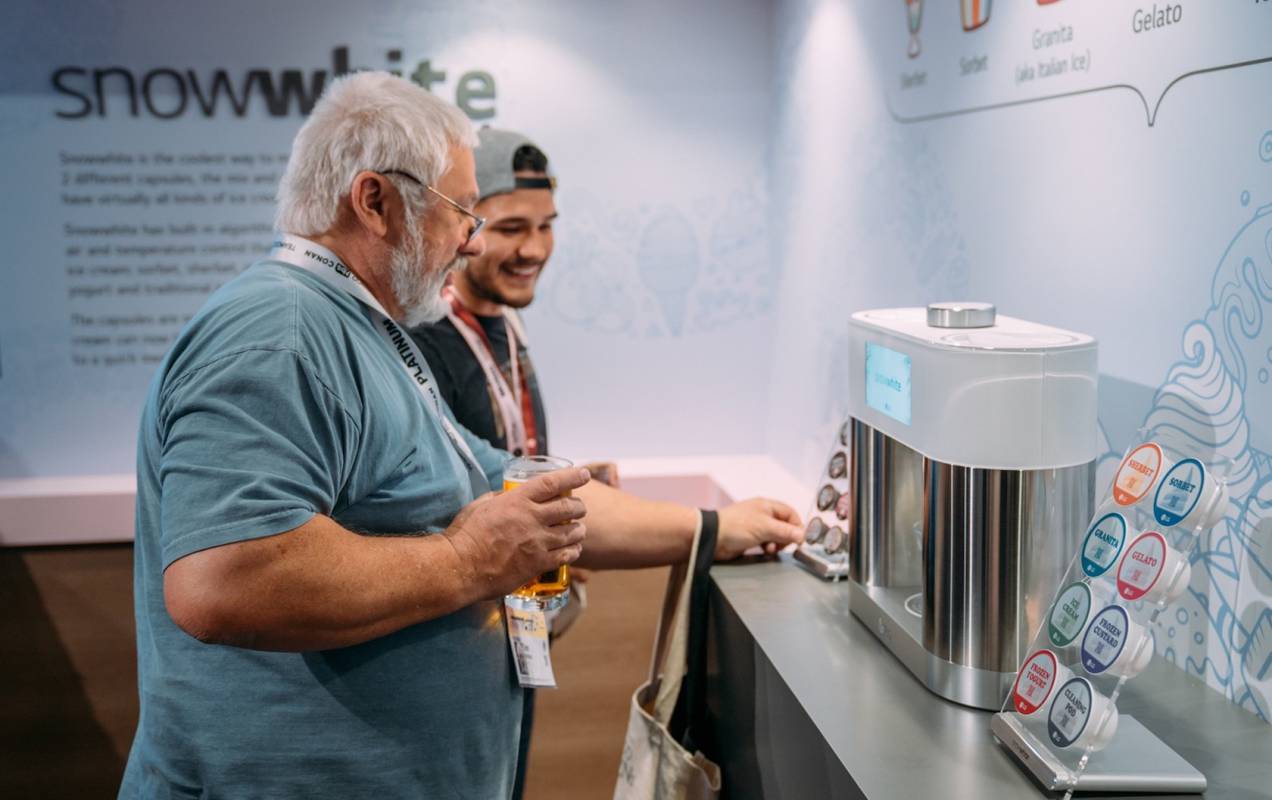 The system is mix-and-match. Two capsules are combined: one for the flavor, and one for the type of dessert. That means that Snowwhite can also create things like frozen custard and granita, along with sherbet. At the end, a cleaning pod can be used to wash the whole system through, ready for the next batch.

Home ice cream makers have been around for some time, of course. The most advanced can typically freeze wet ingredients while churning them; more affordable options require the churning vessel be pre-frozen before the ice cream mix is added. However they rely on owners either coming up with their own recipes or following existing recipes, which can involve the fairly tricky process of making a custard, cooling it, and then loading it into the machine. 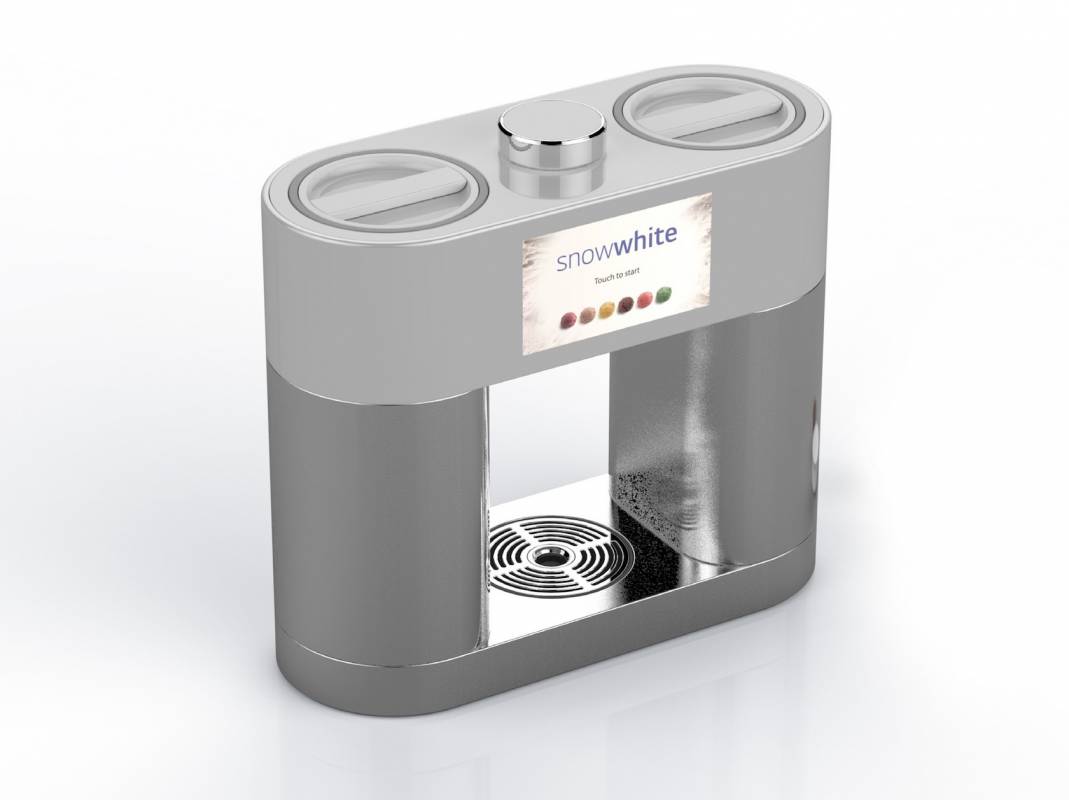 LG’s system, in contrast, promises to do all that hard work itself. The company says it adjusts the temperature to suit each type of dessert, since the ideal is different if you’re making, say, gelato instead of traditional ice cream. The pods themselves, meanwhile, promise “premium natural” ingredients, including low-sugar options.

It’s not LG’s first ride on the capsule carousel, of course. While the company doesn’t have a pod-coffee machine in its line-up, it does have a version that brews beer. The LG HomeBrew made its debut at CES 2019 back in January, promising craft beer from individual pods. 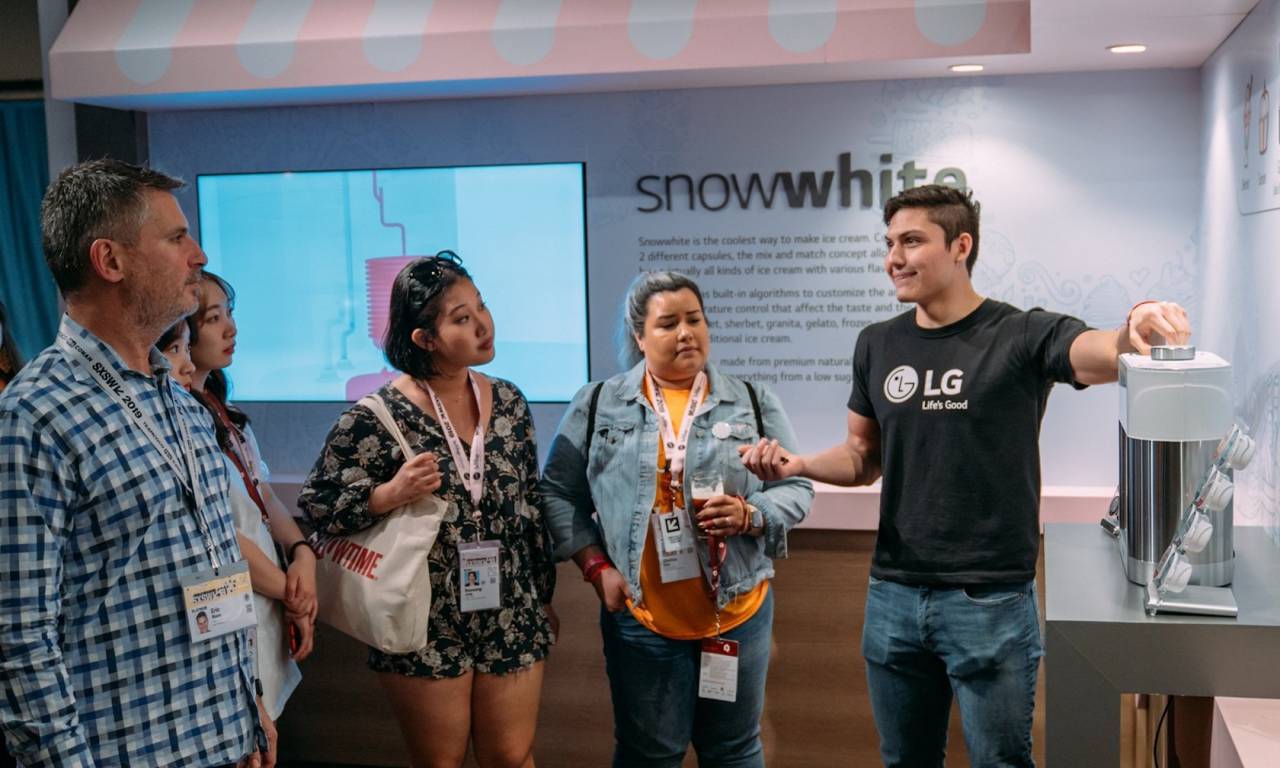 Each pod contains malt, yeast, hop oil, and flavoring. Of course it takes a little longer than a Keurig might to brew a cup of coffee. The HomeBrew takes around two weeks to go through the various stages of fermentation, carbonation, and aging, but promises to clean itself up at the end.

LG hasn’t said how much HomeBrew might cost, nor when exactly it might go on sale. LG Snowwhite, meanwhile, hasn’t been confirmed for production, with the company referring to it as a prototype at this stage.