At CES 2016 this week, LG will unsurprisingly be revealing some new smartphones. Surprisingly, it won’t be one of its expected flagships, like a new G or V smartphone. Instead, LG is launching a new line of handsets with the “K” initial that focuses primarily on cameras. Almost like an indirect nod to Samsung’s Galaxy K Zoom camera smartphone. A key difference is that these devices are meant to be wallet friendly smartphones instead of top of the line devices, intended for a younger, not to mention selfie-loving, crowd.

Design wise, it won’t be hard to distinguish the K10 and K7, the first two members of this series, from LG’s more recent high-end smartphones. LG is announcing a new design language for these smartphones, a design it christens as “glossy pebble”. This design will be distinct in its somewhat more curved appearance compared to the likes of the G4 or the V10. The rear of the smartphones once again demonstrate LG’s penchant for textured back covers, with an “intricate woven pattern” that will supposedly improve the grip of the smartphone. It does have LG’s now iconic rear side controls, leaving both the face and side edges clear of any buttons. That, in turn, allows LG to use a 2.5 Arc glass design for the front screen, with the edges curving so slightly.

Aside from the slighly new design, LG wants focus to be given to the smartphones’ cameras. They are, of course, not state of the art but might still be a better option as far as mid-range smartphones go. The larger K10, for example, has a 13 megapixel main camera paired with an 8 megapixel shooter on the front. The K7, on the other hand, has 8 or 5 megapixel at the back and 5 megapixels on its face. Both do have Flash for Selfies, which should help endear it to that fun-loving crowd.

In terms of specs though, you’ll be looking at pretty much low to mid tier hardware, which is precisely what LG intended. Here’s a rundown of the basics. 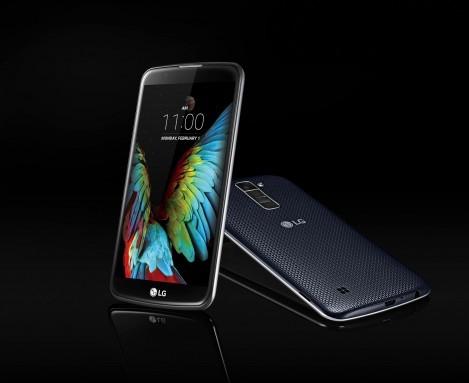 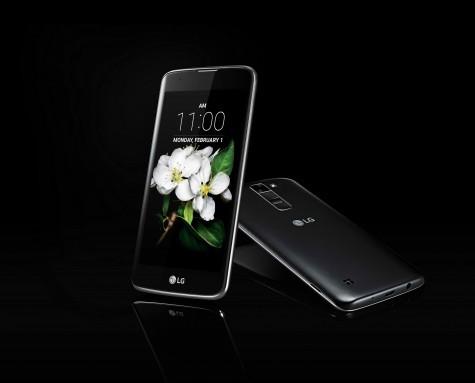 Availability details for both smartphones are still undisclosed but the LG K10 and K7 will be on display at CES 2016 this week.