Today we’re taking the LG G5 and the Galaxy S7 out for a ride to a few different photo spots – some inside, some outside. This is a very basic initial set of tests for the two devices, and we’ll leave a lot of the decision-making to you. All of the photos have been captured with the LG G5 and Galaxy S7’s basic camera app, utilizing their “Auto” settings right out of the box, as it were. Herein lies the first of several battles between the two.

The first photo was captured by the LG G5, and done so in a dark closet. The subject is a green box with several dots and a line on it – some ambient light comes from about 10 feet away in another room, behind the to the left of the photographer. 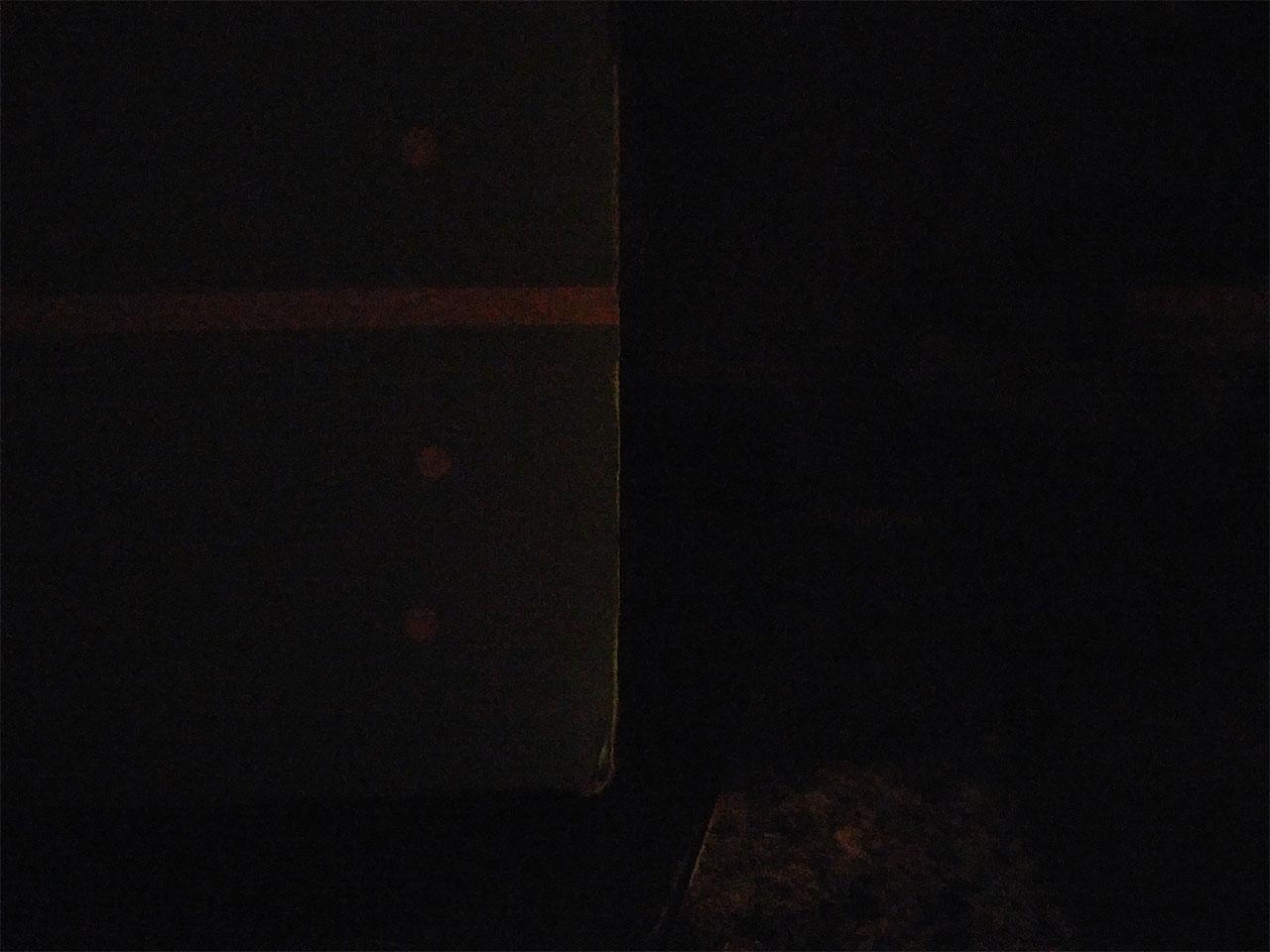 Next you’ll see a photo captured by the Samsung Galaxy S7 in the same space, from almost the exact same angle. I say “almost” only because achieving the same angle isn’t exactly possible – we’ve done the best we could. 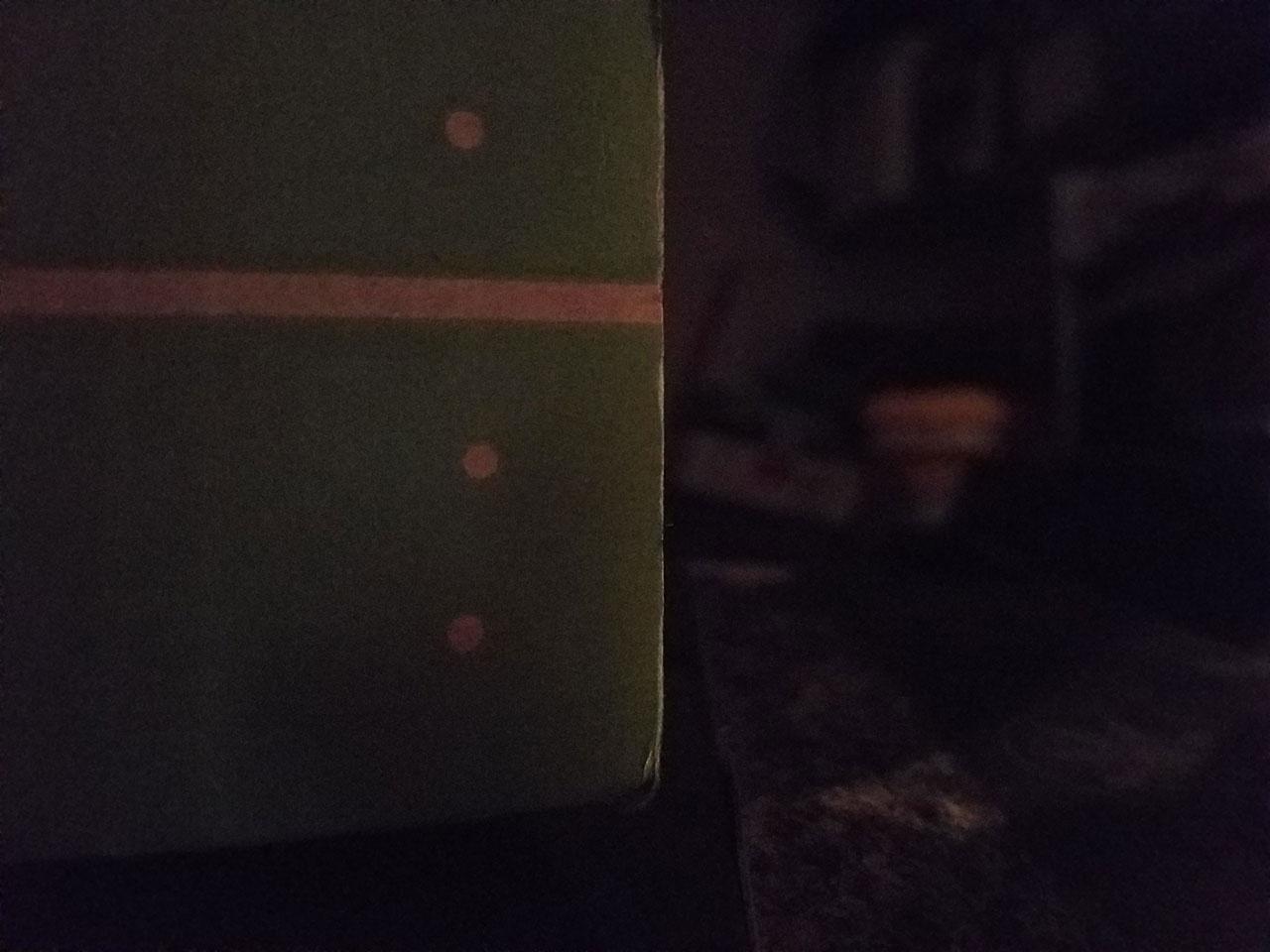 You’ll see here how the Galaxy S7 takes a lot of care to lighten the subject so it can be seen, while the LG G5 seems to want to capture the scene as it exists in our human eyes.

This next image is peanuts. There’s a screwdriver in the background as well. The first photo was captured by the LG G5 at extremely close range – we purposefully tapped on the closest peanut to focus. 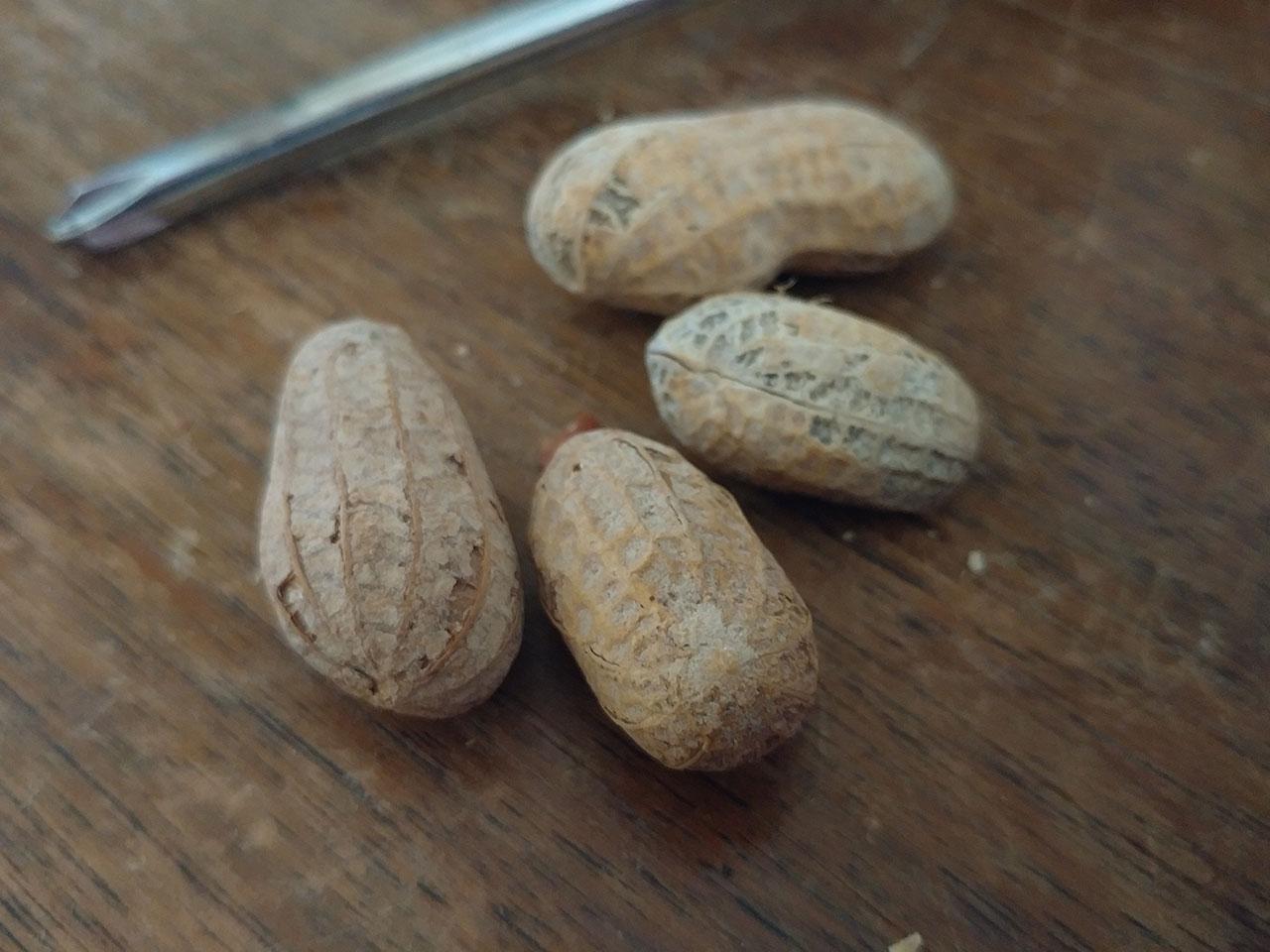 The second set of peanuts here was captured by the Galaxy S7 from the same distance and with the same framing. The images are similar, but you should notice a big discrepancy right away. 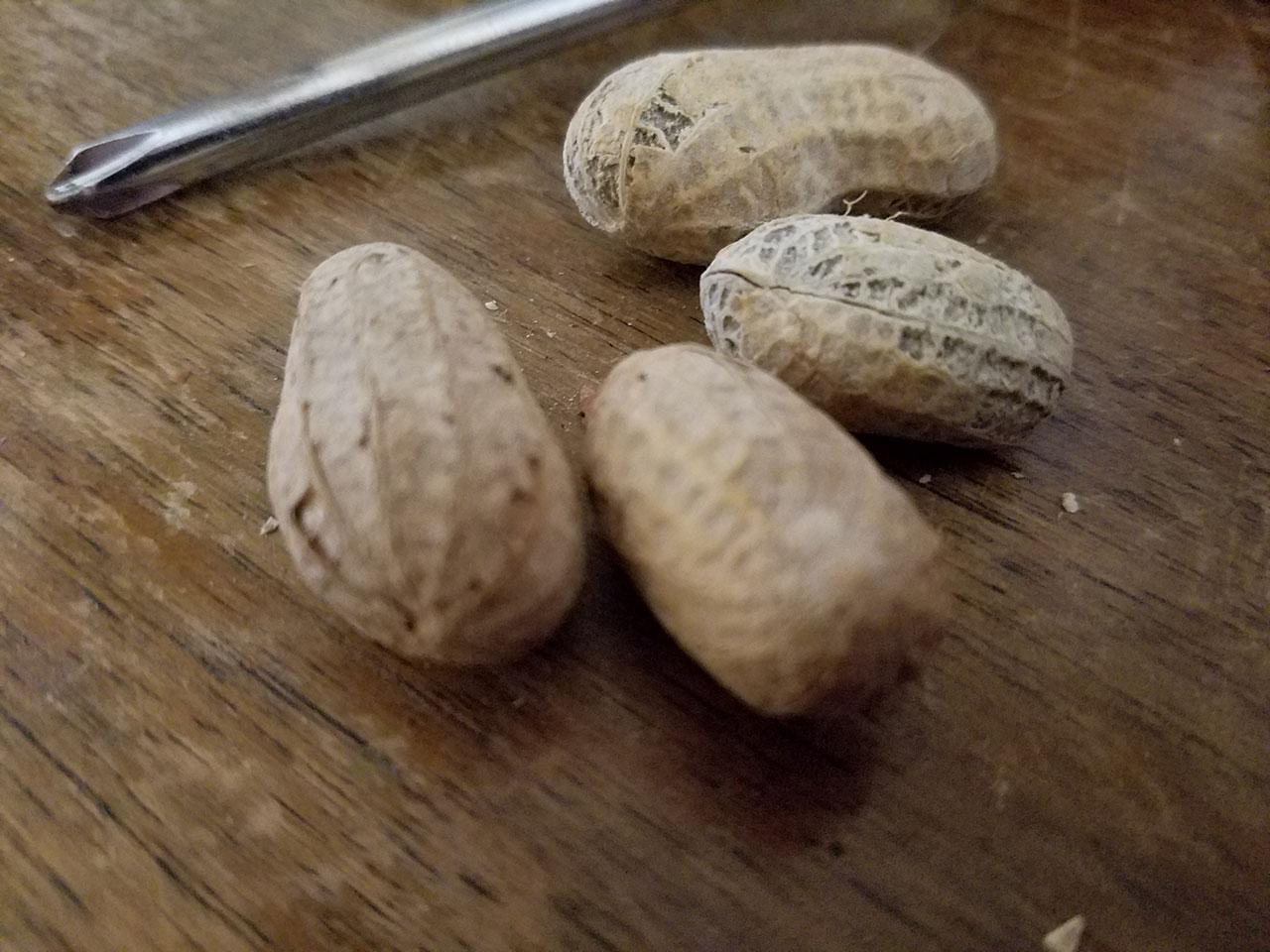 What became immediately apparent here while shooting was the fact that the Galaxy S7 wasn’t going to be able to focus on the closest peanut at this range.

A pile of rocks is the next photo. This photo was captured by the LG G5 outdoors, at very close range – just like the images above. It’s a partly-cloudy day, very bright – optimal conditions. 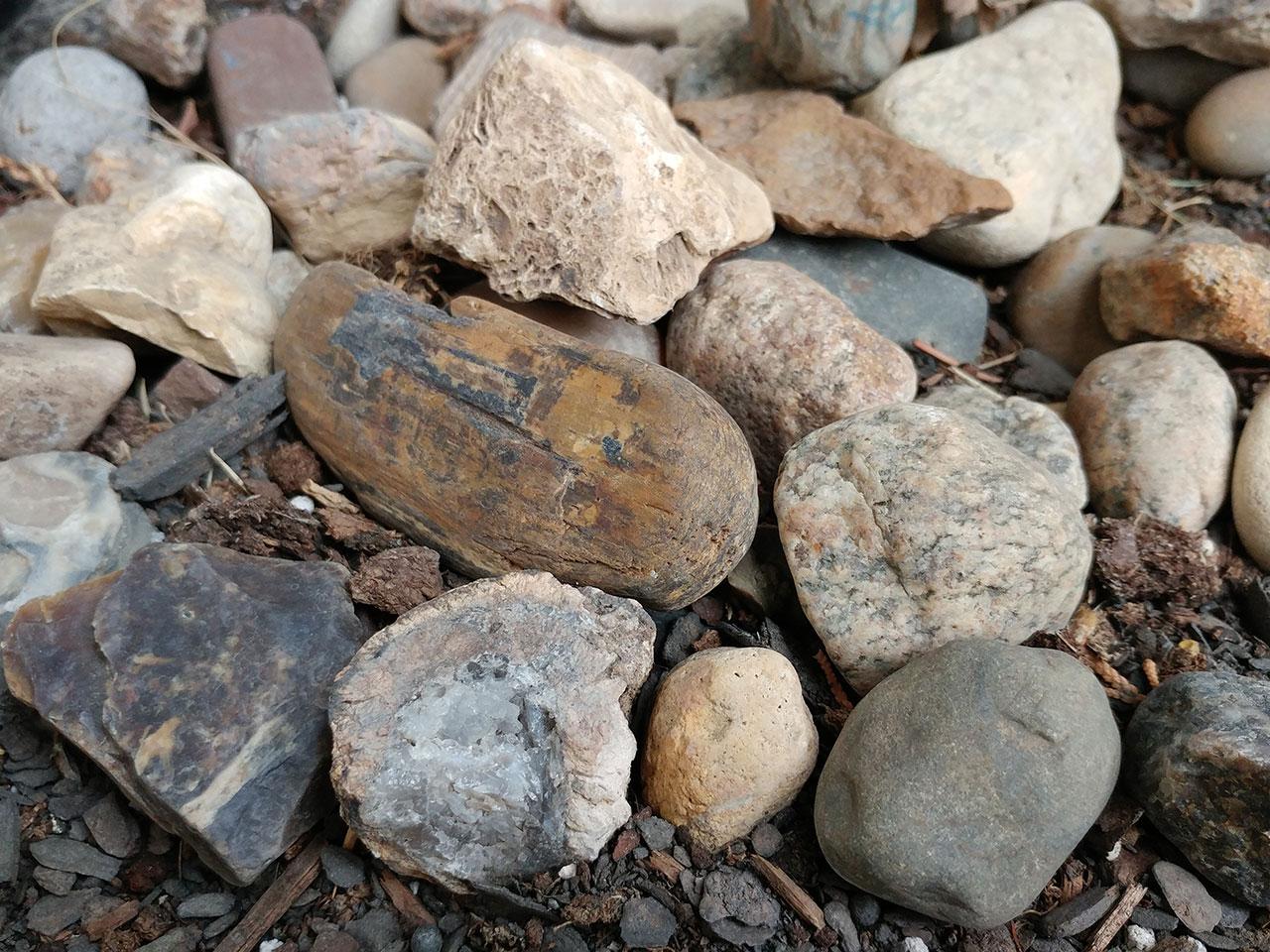 The next image was captured from the same place, in the same conditions, this time with the Galaxy S7. You’ll find the photos very, very similar. The Galaxy S7 ends up providing a slightly warmer set of colors. 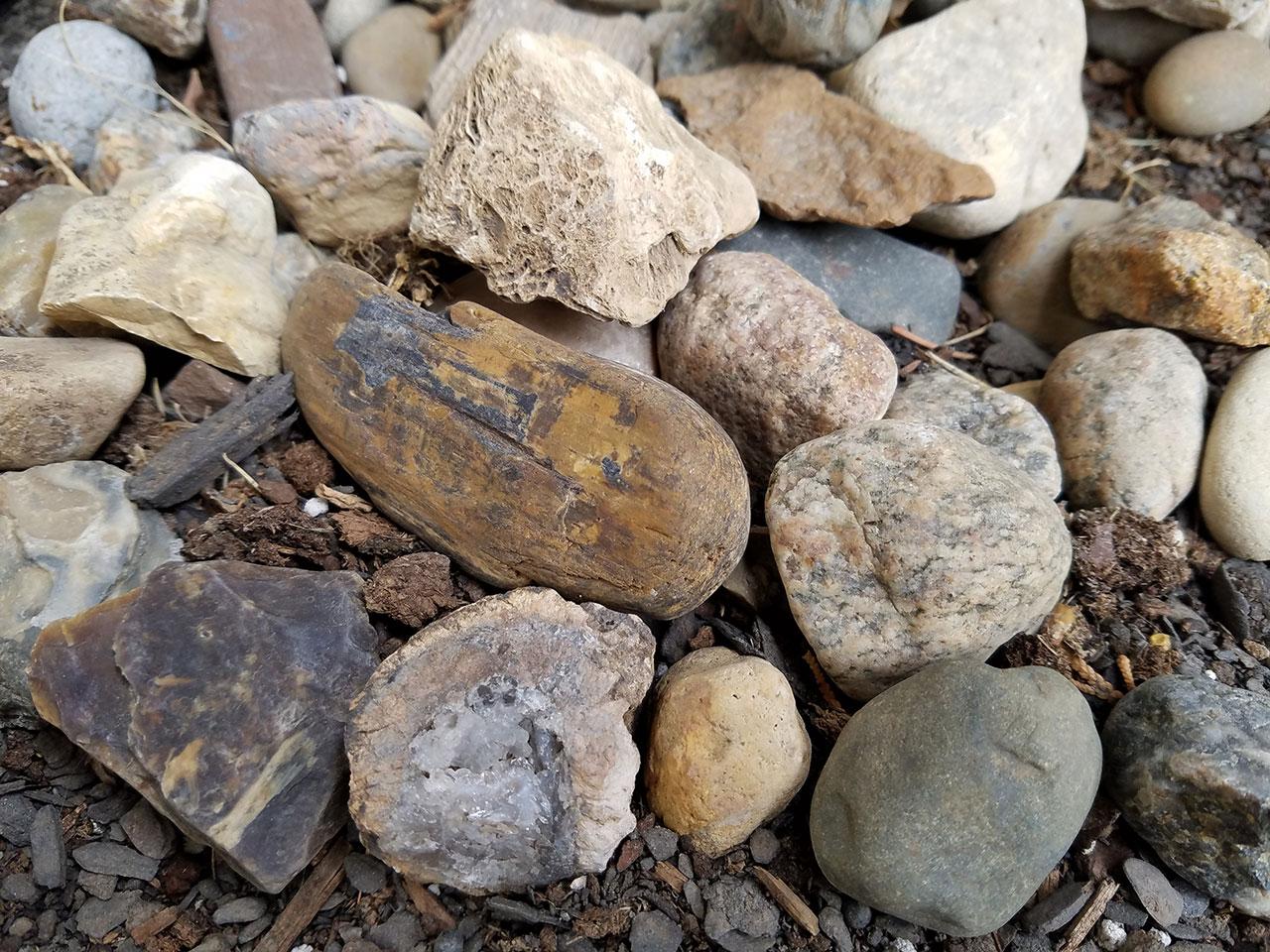 The tree images you’re about to see will seem quite different to you at first glance. Notice especially the light around the branches as they sit against the bright background sky.

The first image here is from the LG G5. The lightness of the sky overtakes the tops of the trees. Light blowout city. 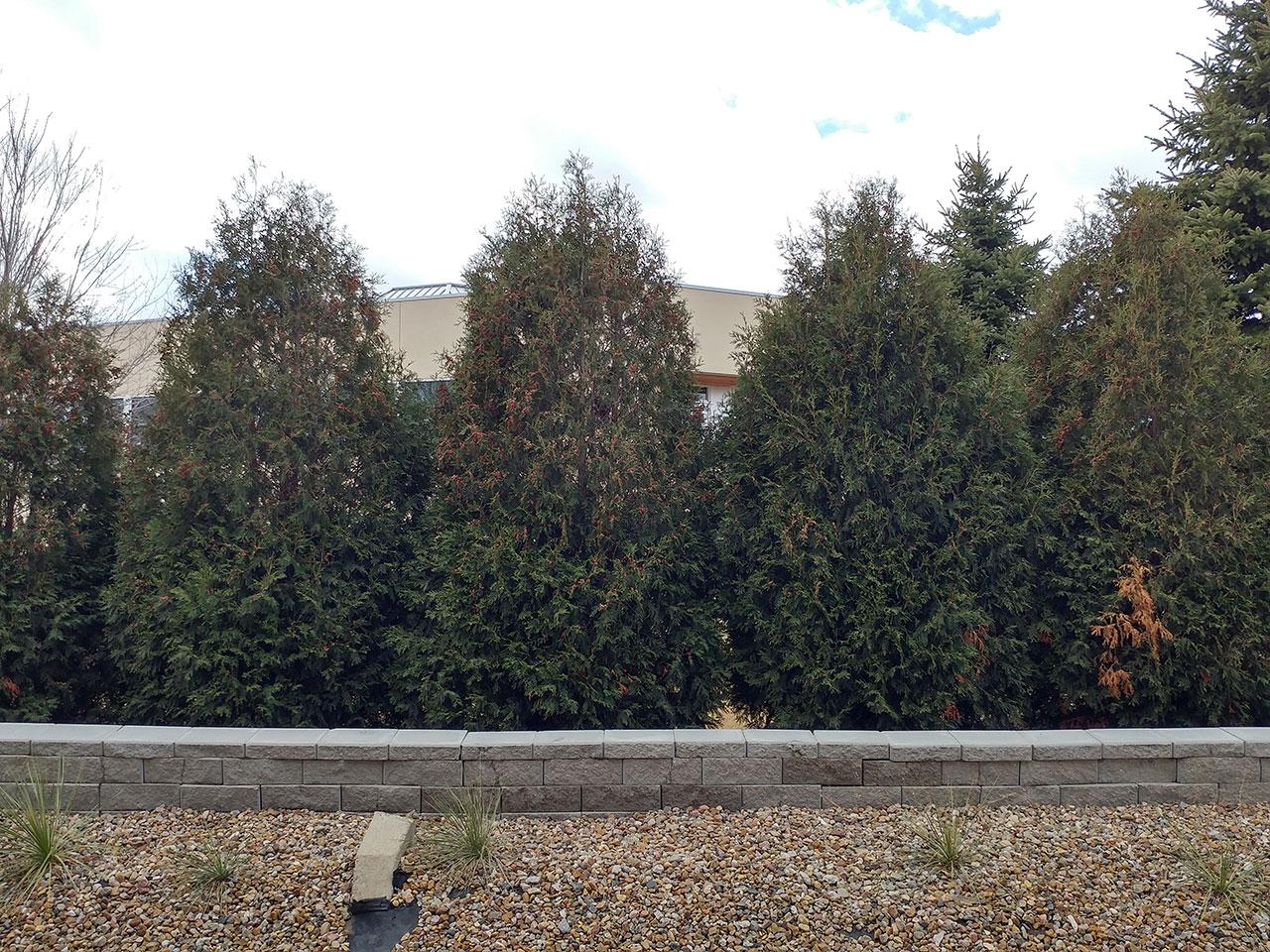 Next you’ll see the same trees photographed by the Galaxy S7. Notice how the treetops aren’t quite as blown out. You’ll also see a LITTLE more definition in the clouds, as well as an overall more warm tone. 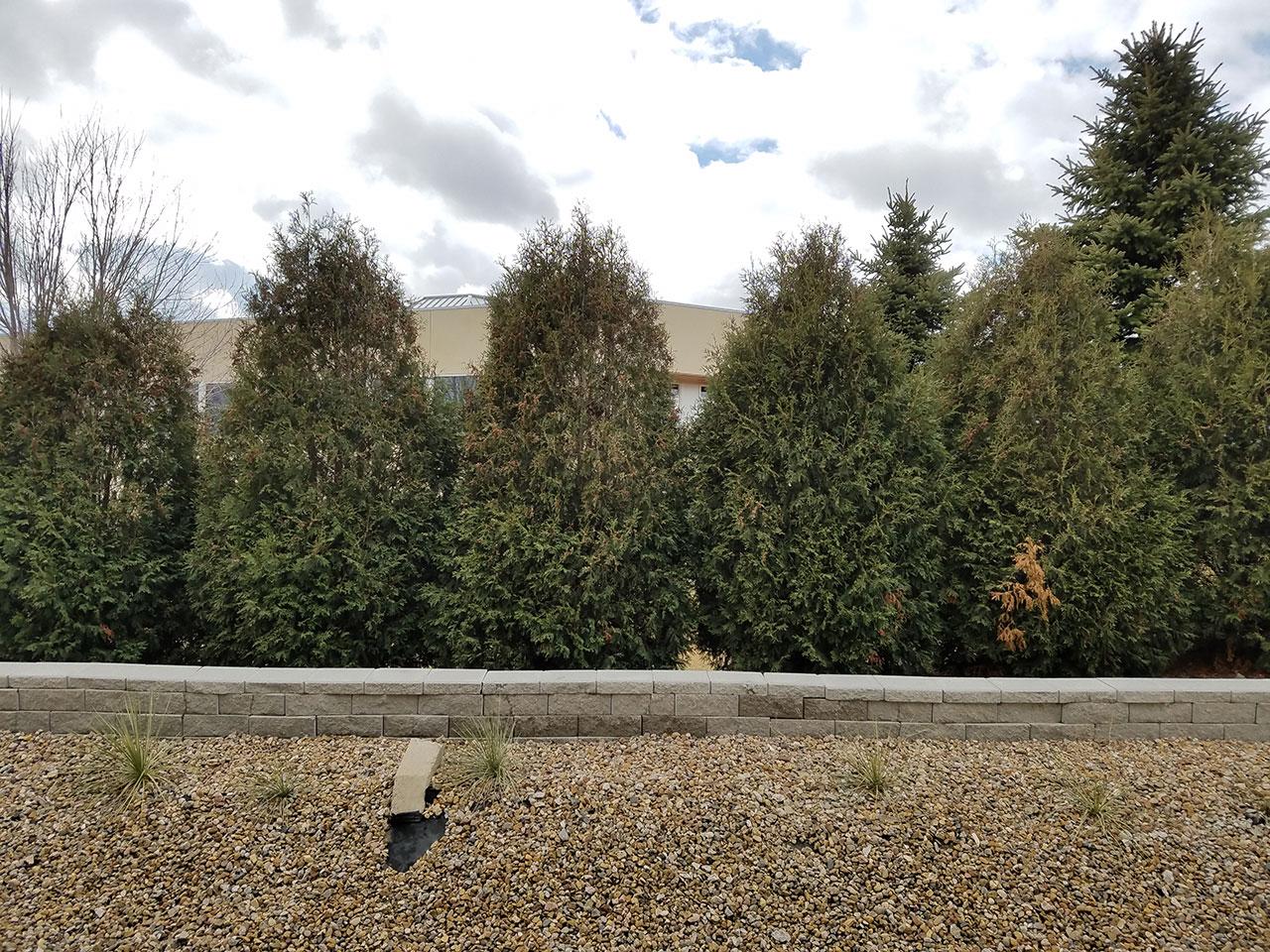 Here’s where things get really interesting.

Thus far we’ve been using the LG G5’s standard main camera. The LG G5 has two cameras on its back – two SEPARATE cameras that can take two separate kinds of photos – one a 16MP f/1.8 (main camera) with a 78-degree angle field of view, the other an 8MP f/2.4 (wide-angle lens) with a 135-degree ultra-wide angle field of view.

The Galaxy S7 has a 12MP f/1.7 (main camera) with a field of view that’s greater than that of the LG G5’s main camera, but not nearly as wide as the LG G5’s wide-angle-lens.

Below you’ll see these tress shot from the same location, but with the LG G5’s wide-angle lens. 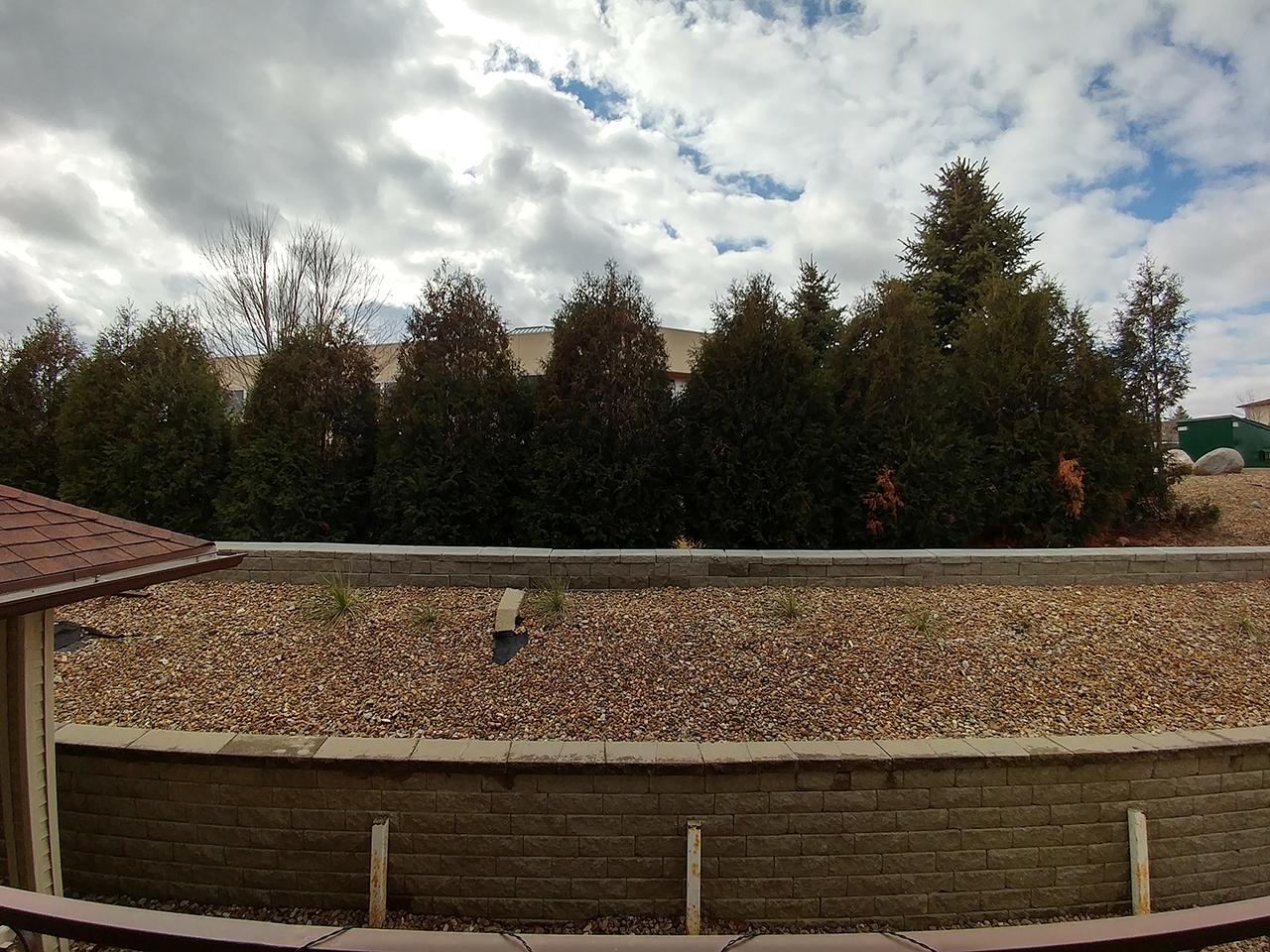 As with the others, these photos are all captured at the same spot, at the same time of day, from the same angle. As best as we could manage. 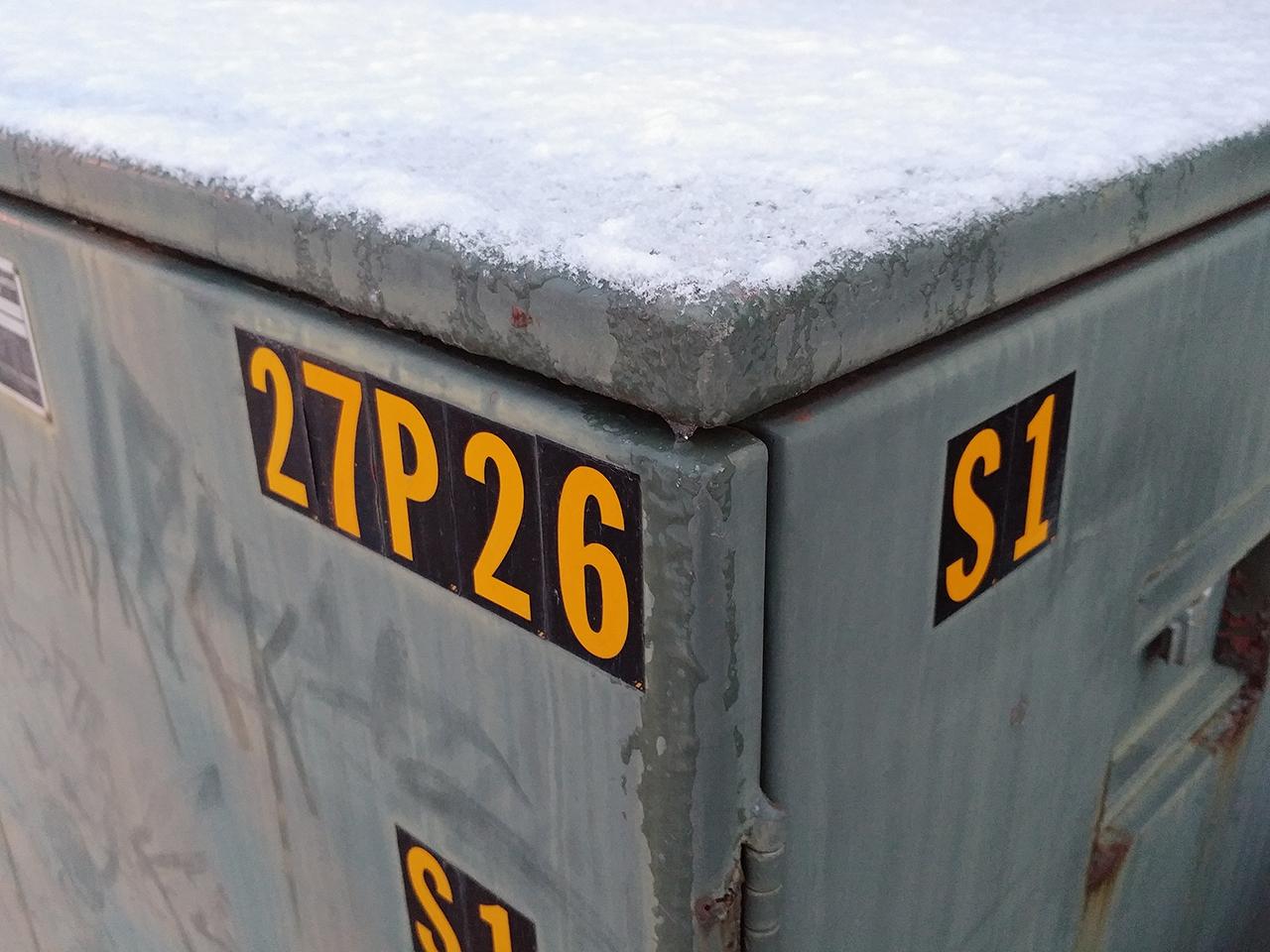 Above is the LG G5’s main camera.

Below is the Galaxy S7’s main camera. 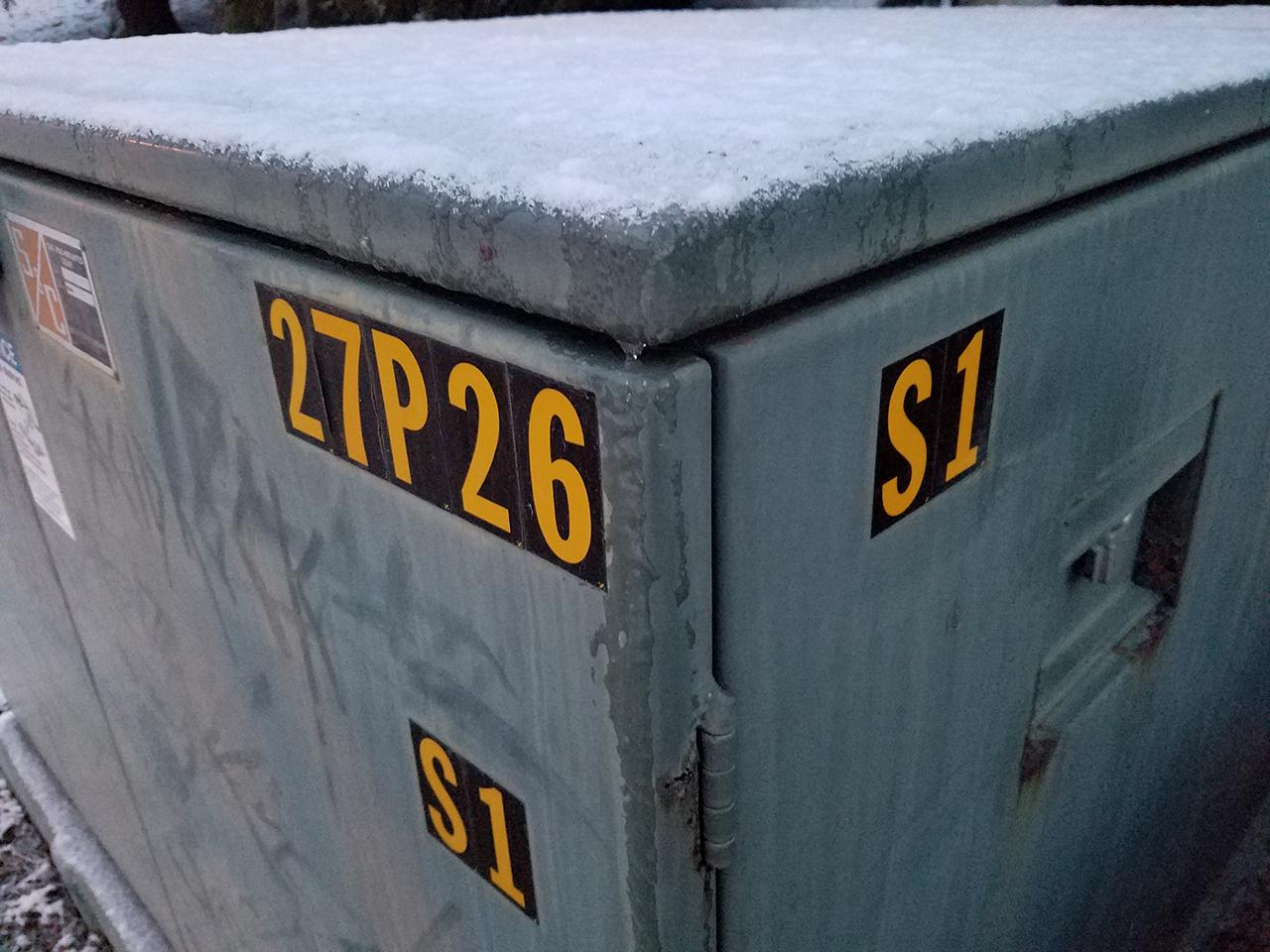 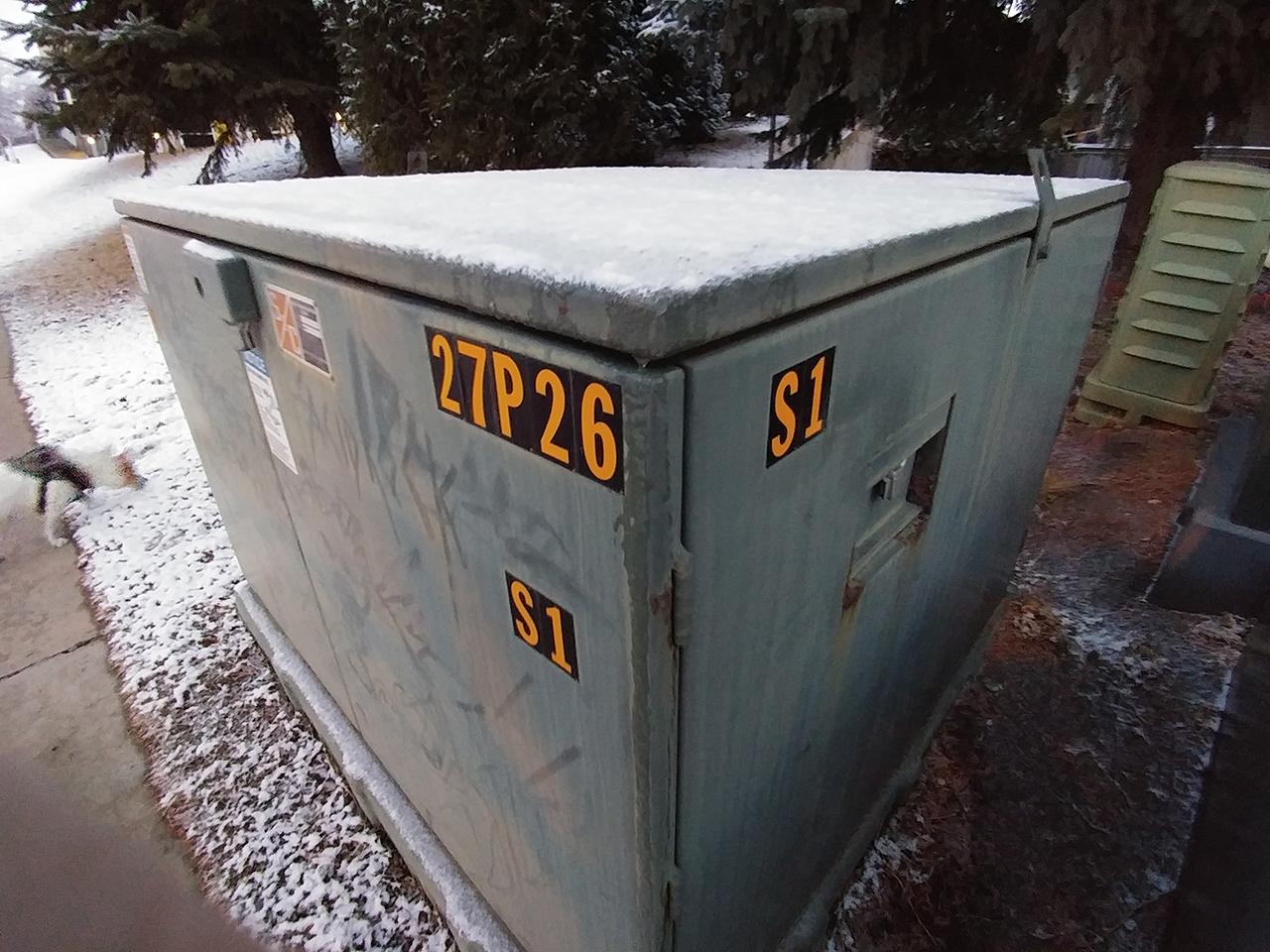 Next you’ll have a peek at a video we’ve filmed with the main cameras on the LG G5 and the Galaxy S7.

Here you’ll see how extremely similar the two are, while some pointed differences do peek their little heads out from time to time.

Have a peek at our full Galaxy S7 Review and stick around as our LG G5 review continues!