Of all the major consumer electronics companies, LG is perhaps the one that’s most obsessed with robots. Not the cutesy but practically useless robot dogs like the new Sony Aibo but ones that are designed to assist customers and reduce worker injuries. The strangest of them all, however, is the CLOi SuitBot, which doesn’t look like a robot at all. LG has now redesigned the janky-looking half-exosuit into one that looks more like a somewhat futurist back brace instead.

While the formal definition of a robot doesn’t exactly include its form, most people have preconceived notions of what robots look like. Very few will probably even think of robots you can wear except in the sense of exosuits. But that’s exactly what the LG CLOi SuitBot is. First revealed in August, LG boasts of having the first “wearable” robot.

SuitBot’s initial design underscores its industrial function. It’s meant not to help humans walk but to augment lower body strength for people who need to lift heavy objects from the ground. These often lead to back and leg injuries that the SuitBot can help prevent. And, of course, there’s a bit of AI in there to learn from the wearer’s habits and optimize power and movement.

LG has apparently iterated over the design to make the SuitBot look less daunting. The main frame just sits on the back while the two “legs” extend down to the wearer’s hips and stops there. It no longer goes all the way down to the feet. The harnesses around the tights and waist are all that’s needed to produce the same effects as the original design. 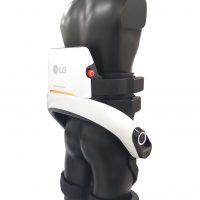 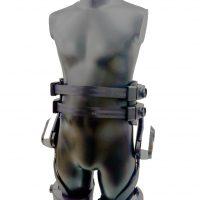 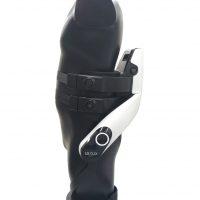 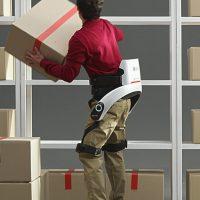 This could very well make the CLOi SuitBot a more attractive proposition for companies interested in a pinch of human augmentation. LG will also be showing off at CES 2019 improved versions of its PorterBot, ServeBot, and CartBot robots, which it says are close to commercial availability.