LG CLOi “wearable” robot is actually half an exosuit

Years ago, the word “robot” would evoke images of perhaps clunky metallic automatons, mostly in humanoid shape. These days, “bots” can mean anything from that to chatbots to, well, wearable robots. LG is definitely stretching the definition of a robot with the LG CLOi SuitBot a machine that looks more like the lower half of a futuristic exosuit. And since they say form follows function, that’s exactly what it is, with a pinch of AI, of course.

LG might not be the biggest name when it comes to robotics but it has been dipping its hands into that cookie jar for quite a while now. No, not toy robots like Nao or even Anki’s latest Vector. Its first robots, the Guide Robot, the Cleaning Robot, and the Serving Robot, are more like service machines.

The CLOi SuitBot, then, is more an industrial machine but a “human-centric” one. Like many exosuits currently in development, it is designed to enhance humans rather than replace them. In this particular case, CLOi gives user more mobility and lower limb strength to support physically straining activities. Like working in LG’s storage warehouses. 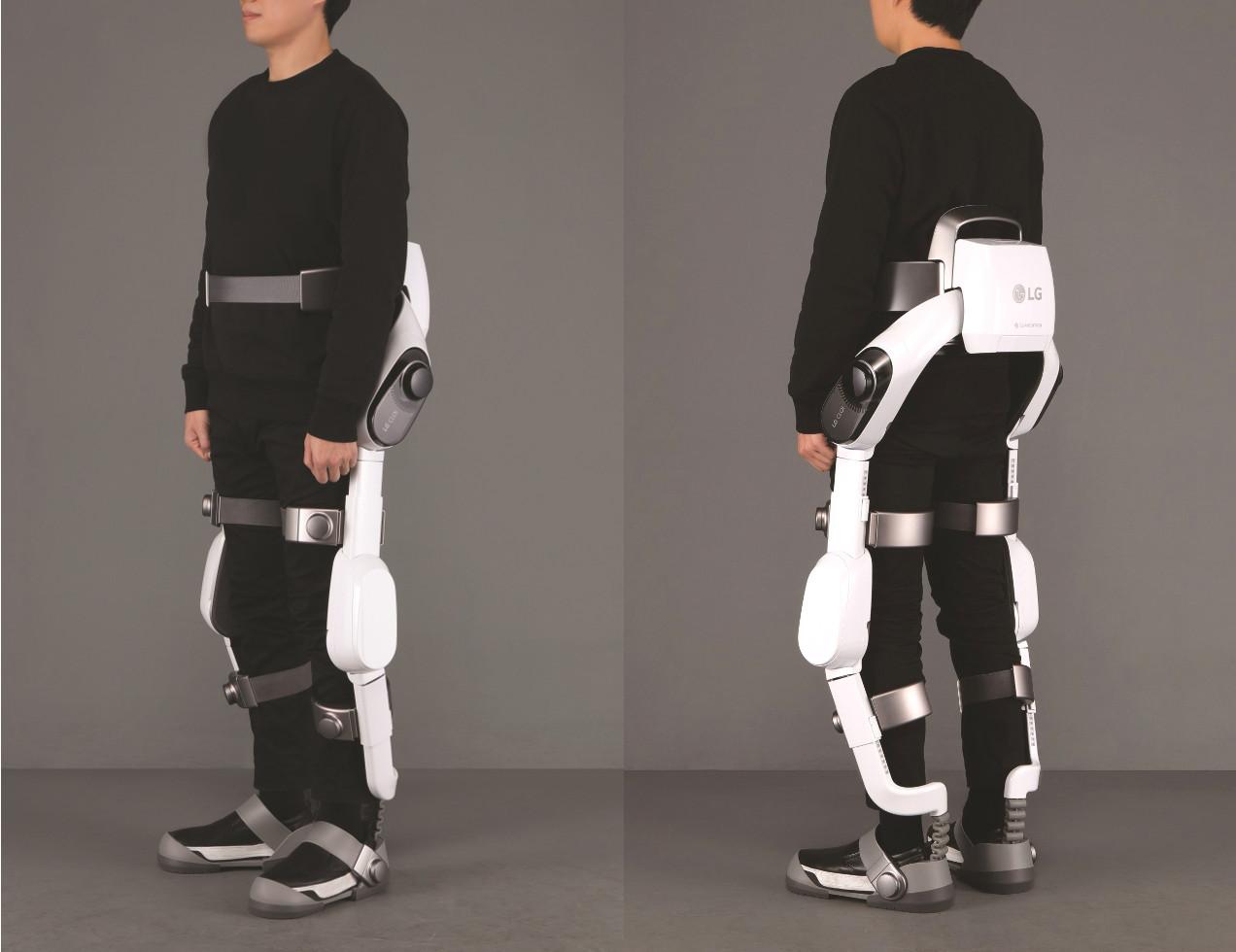 So where does the “robot” part come in? While CLOi can’t suddenly walk or run off by itself, it does have some brains inside. The AI allows the robot to study its environment and its wearer and make adjustments to optimize movement or power efficiency. It’s also able to communicate with other LG service robots to share notes if needed.

Of course, don’t expect to see people walking down the streets wearing CLOi legs. Like its other service robots, it’s marketed primarily at industry and commercial customers. But if you happen to be at Berlin next week for IFA 2018, you might get a chance to peek at the odd robot.