LG has previewed its Cinema Screen LCD HDTV design, ahead its official CES launch, slimming the bezel of its big-screen TVs to a mere 1mm as well as using 3D tech to allow two 2D gamers to play at once. The company is describing the new frames as down “to negligible levels” and talking up the similarity between movie theater screens.

As for the twin gamer appeal, that’s LG Dual Play: with two gamers each wearing special glasses, they can see a different full-screen view at the same time, rather than sharing a portion of the screen. It’s something we’ve seen before on Sony’s PlayStation 3D Display, but likely to be considerably bigger on LG’s sets.

3D Sound Zooming is promised, to better position audio within your room based on where, on-screen, it’s meant to be. That’s already been included in LG’s hefty multi-channel surround systems, though we’ll have to wait until next week to see how well it actually works.

Finally, as you’d expect, there’s smart TV integration in the new Cinema Screen sets, though it looks to be LG’s existing implementation rather than Google TV. 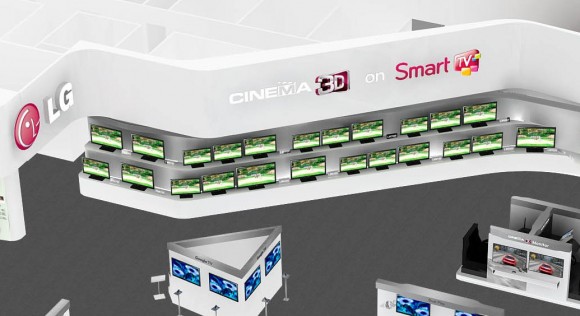