LG’s 31-inch OLED TV may not be the biggest set at IFA 2010 this week, but it certainly stands a chance of being the brightest and most color-rich.  It’s just 2.9mm thick, and uses an OLED panel capable of Full HD 1920 x 1080 resolution with a contrast ratio LG reckon is infinite.

Of course, part of the way LG manage to make the set so thin is that they strip out the tuner, connectivity and everything else and dump it into the box at the bottom.  That has a couple of HDMI ports and a USB port, along with the regular digital TV tuner.

LG actually had two versions of the 31-inch OLED HDTV on show, differing only in their stand arrangement and controls.  Both had incredible image quality, too bright at times, but we’re guessing you could easily notch that down should you be able to afford the HDTV when it goes on sale in the first half of next year. 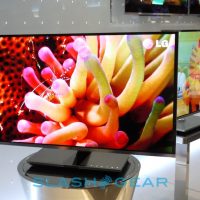 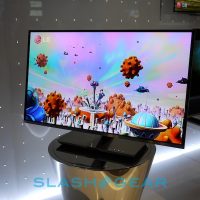 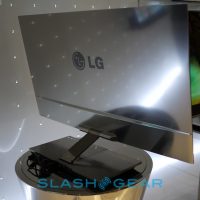 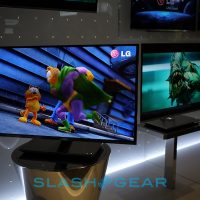 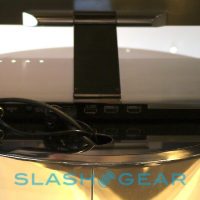 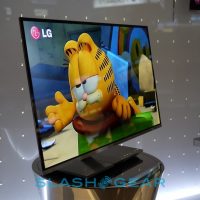 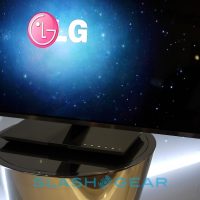 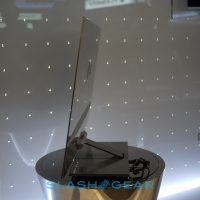