The Lexus RX may be the automaker’s best-selling vehicles, but for some the full-sized luxury SUV just isn’t quite big enough. Enter, therefore, the Lexus RX L launching at the LA Auto Show 2017, an extended version of the SUV with a choice of six or seven seats courtesy of an added third row.

The 2018 RX 350L and RX 450hL will be offered as seven seaters as standard. They have a 40/20/40 bench-type second row, and two seats behind that. The body has been stretched 4.3 inches, while the tailgate window has been pushed to a steeper angle to maximize legroom and headroom respectively. 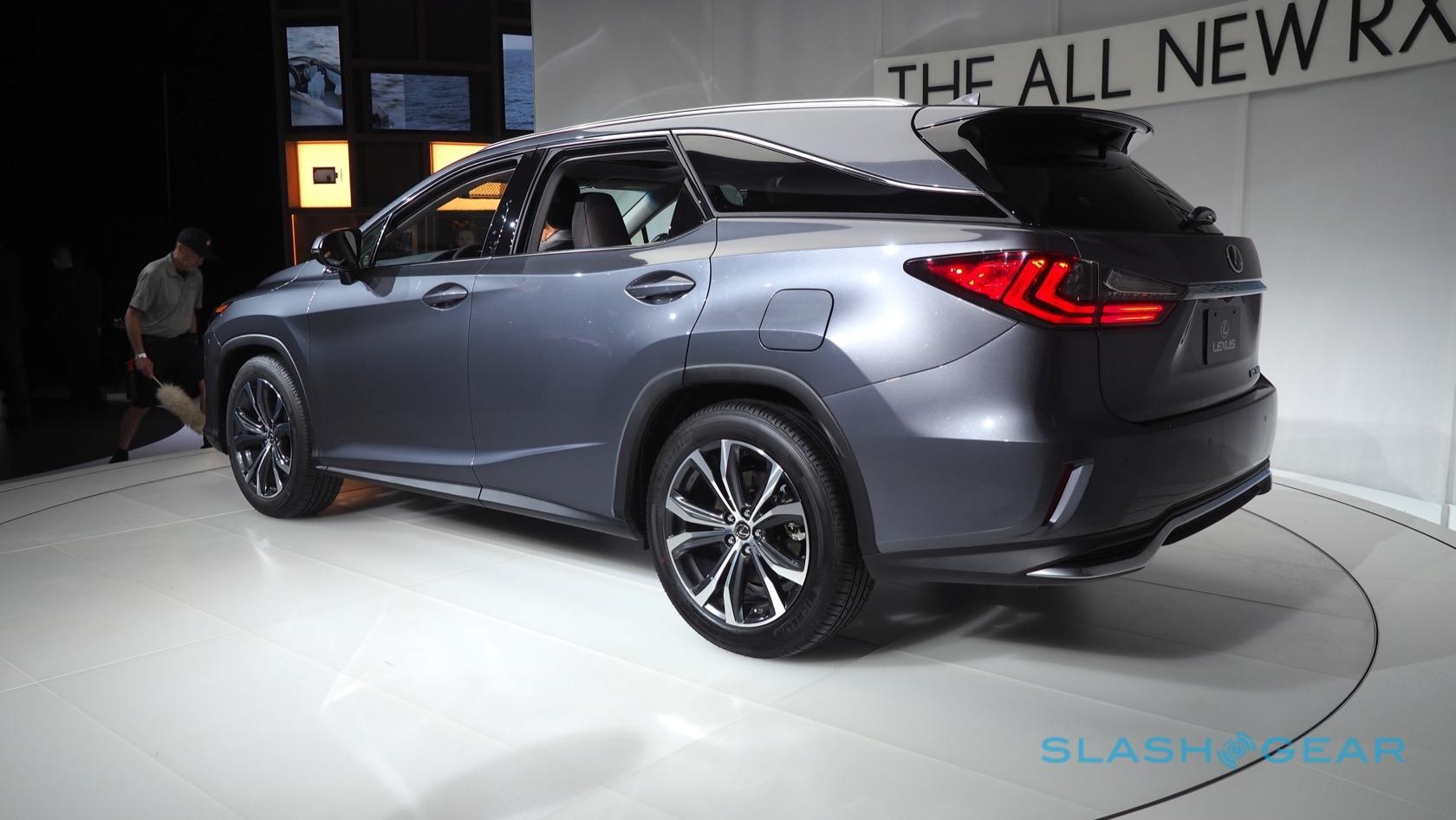 As an option, there’ll be a six-seat configuration. That swaps the second-row bench for two captain’s chairs. The gap between the two should make for easier rear access, too. The first and second rows get leather as standard, in black, stratus gray, parchment, or noble brown, while the third-row is power-folding as standard. All RX L models get a power tailgate as standard, too. Tri-zone climate control has separate HVAC vents for the third-row too

While Lexus may have added those extra inches, how you use them is pretty much down to you. The middle row slides forward and backward – at its extremes, it’s either nudged up against the back of the front seats, or against the front edge of the third-row seats. Figure on legroom being a battle of sorts: space at the very rear is okay for headroom, but for legs it’s really more suited to children. 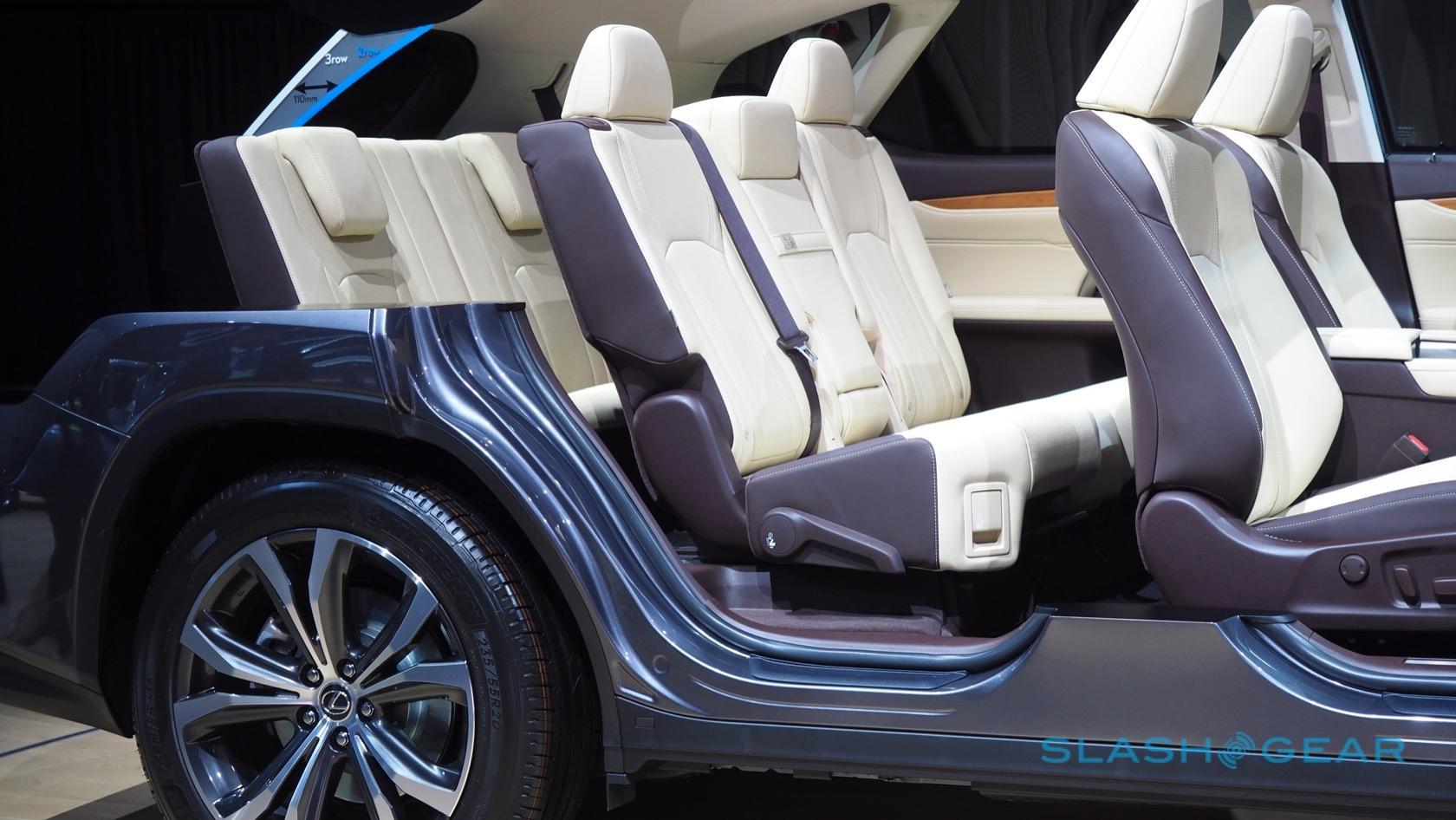 Two versions of the car will be offered. On the one hand, there’s the 2018 RX 350L, with Lexus’ 3.5-liter V6 engine and an eight-speed transmission. It packs 290 horsepower and 263 lb-ft. of torque, and can be had in either front-wheel drive or all-wheel drive. The latter can switch into FWD mode when not under load, to maximize efficiency.

Alternatively, there’s the RX 450hL Hybrid. That has AWD as standard, and combines a 3.5-liter V6 gas engine with two electric drive motor-generators. Total horsepower is 308 HP, with the SUV using the independent rear electric motor to drive the rear axle. It also has an electric-only mode, though don’t expect too great a range. 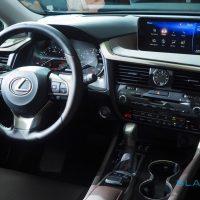 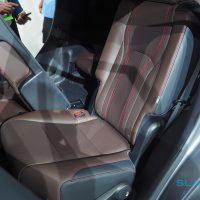 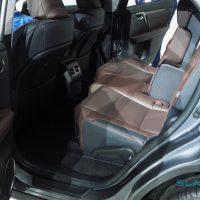 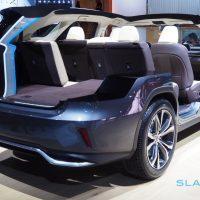 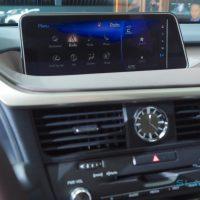 Premium and Luxury packages on both models will add things like wood trim in bamboo, walnut, mocha, or laser-etched Gray Sapelle Wood with aluminum inserts. A head-up display is optional, while the standard audio system has an 8-inch display, Bluetooth, two USB ports, and nine speakers. The second-row gets USB ports for charging.