Lexus may have been early to the hybrid game, but full electrification has lagged behind, something the new Lexus LF-30 Electrified Concept aims to address. Unveiled this week at the Tokyo Motor Show 2019, the striking concept with its gullwing doors may look like fanciful auto-show fare, but it teases an intriguingly different approach to EVs.

Lexus isn’t short on hybrids right now, and has gas-electric versions of many of its cars. What’s fairly consistent, however, is that – whether sedan, SUV, or coupe – each tends to hide its electrification. None are plug-ins, instead relying on passive charging through things like braking to add a few extra points of fuel economy. 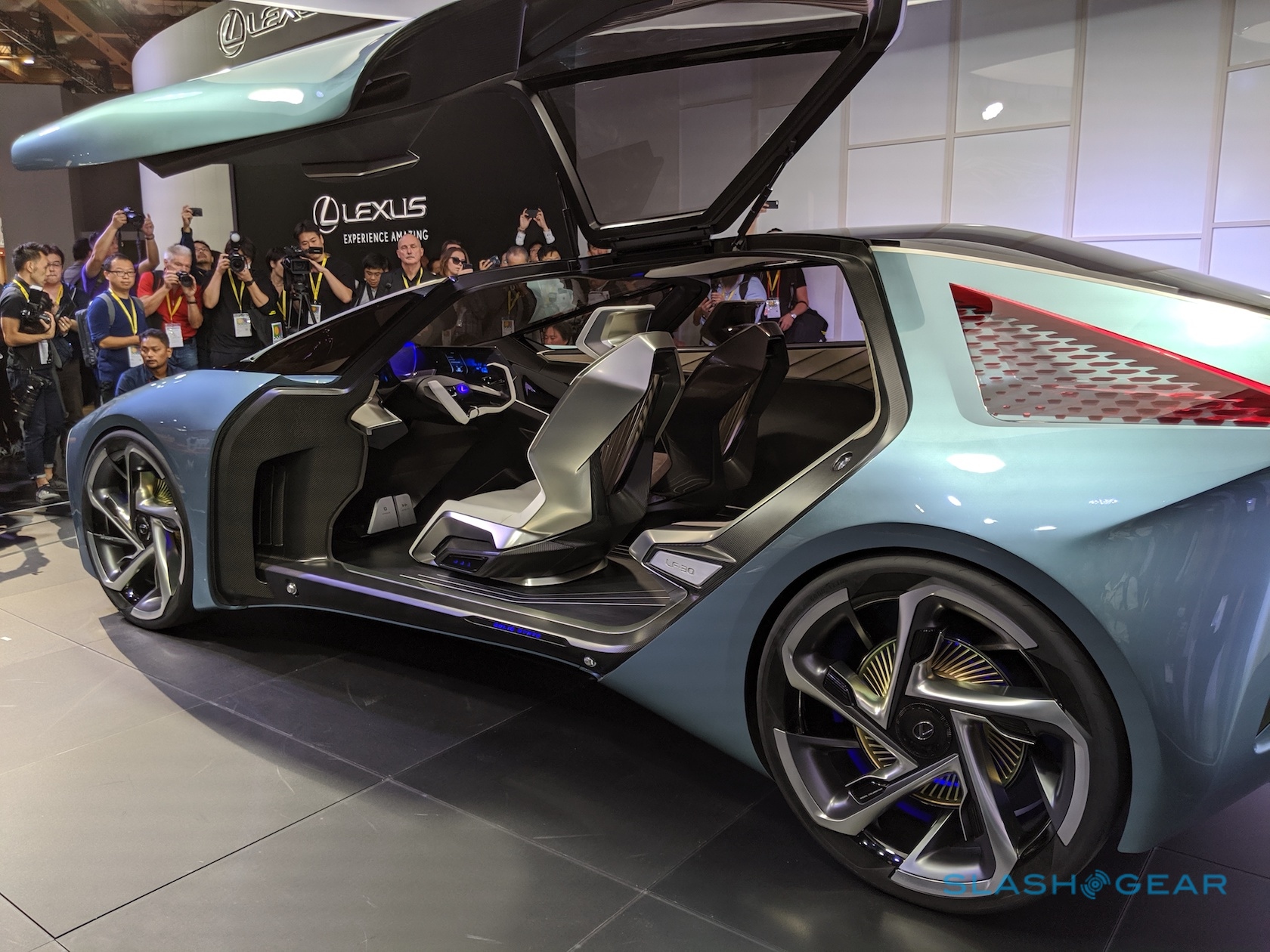 The LF-30 Electrified Concept takes a very different approach, positively reveling in its EV drivetrain. Under the banner of a new “Lexus Electrified” vision, the concept uses four in-wheel electric motors. That allows Lexus to individually control how each performs, and switch the car between front-, rear-, and all-wheel drive.

Pushing the power units to the wheels also reduces mechanical intrusion into the cabin, while the battery pack is mounted low, under the floor. Lexus uses a steer-by-wire system, and promises driving dynamics could be far more engaging than the exterior design might suggest. With 400 kW of power in total, 0-62 mph could arrive in 3.8 seconds, Lexus suggests, while top speed would be capped at around 124 mph. 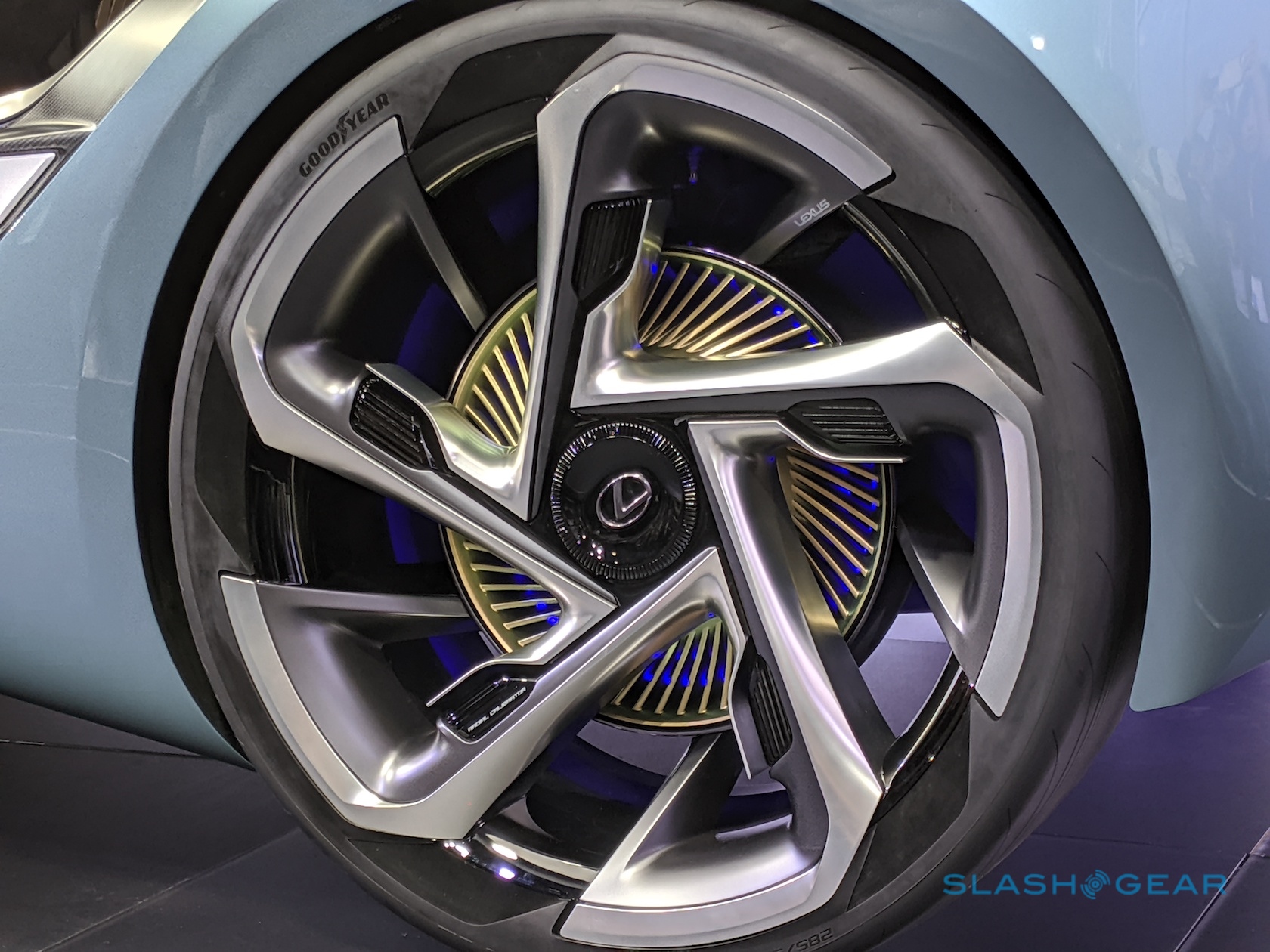 The exterior is intended to highlight the power from each wheel motor, while at the front an even larger “spindle” grille than on Lexus’ production vehicles now stretches up, into the roof. Wing-shaped headlamps help pinch in that grille, while the upper section flows into the windshield glass that, itself, continues back into a panoramic roof. At the back, it’s a complex interplay of triangles and cooling.

Lexus opted for show-friendly gullwing doors, with electronically-dimming glass. As well as being manually driven, the automaker says it envisages an autonomous mode: in that case, the steering wheel would retract for a cleaner dashboard, and the front fascia and other illumination could be used to communicate the car’s self-driving status and intentions to other road users. 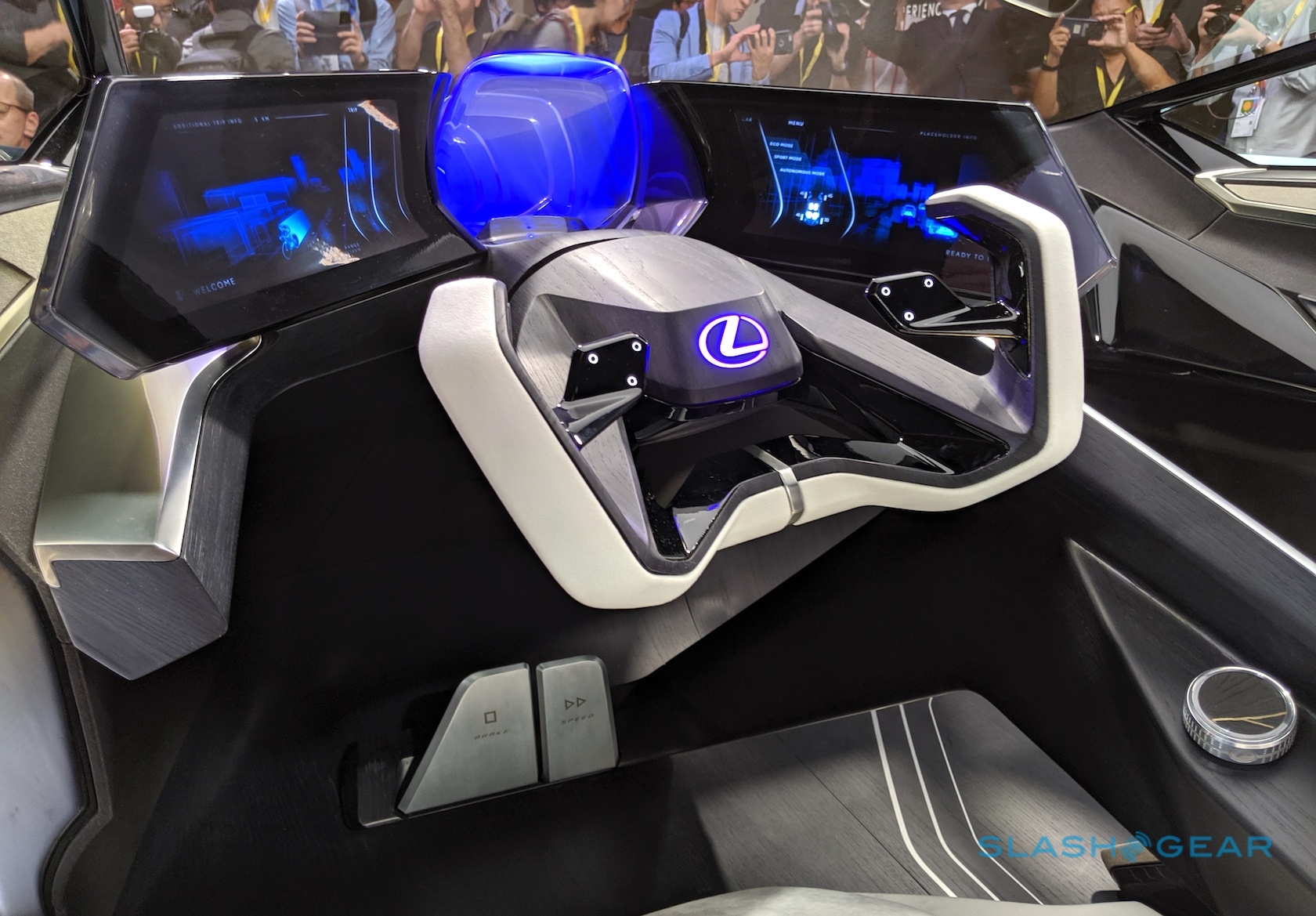 Inside, the dashboard uses augmented reality and gesture controls, while Lexus has clustered the primary switchgear to the steering column so that – when piloting manually – the driver doesn’t have to move their hands too far. The automaker says it’s inspired by how a single rein can be used to communicate intention between a rider and their horse. The latter probably doesn’t have a Mark Levinson audio system with hidden speakers in the headrests and noise-cancellation, mind.

Nor, most likely, does it have a glass “SkyGate” roof that Lexus says could be used with AR to project interesting information over the occupants’ heads. That could show navigation guidance or play videos, or even highlight star constellations. The rest of the cabin features recycled metal that has been pleated into door trim, along with charred cedar known as Yakisugi. 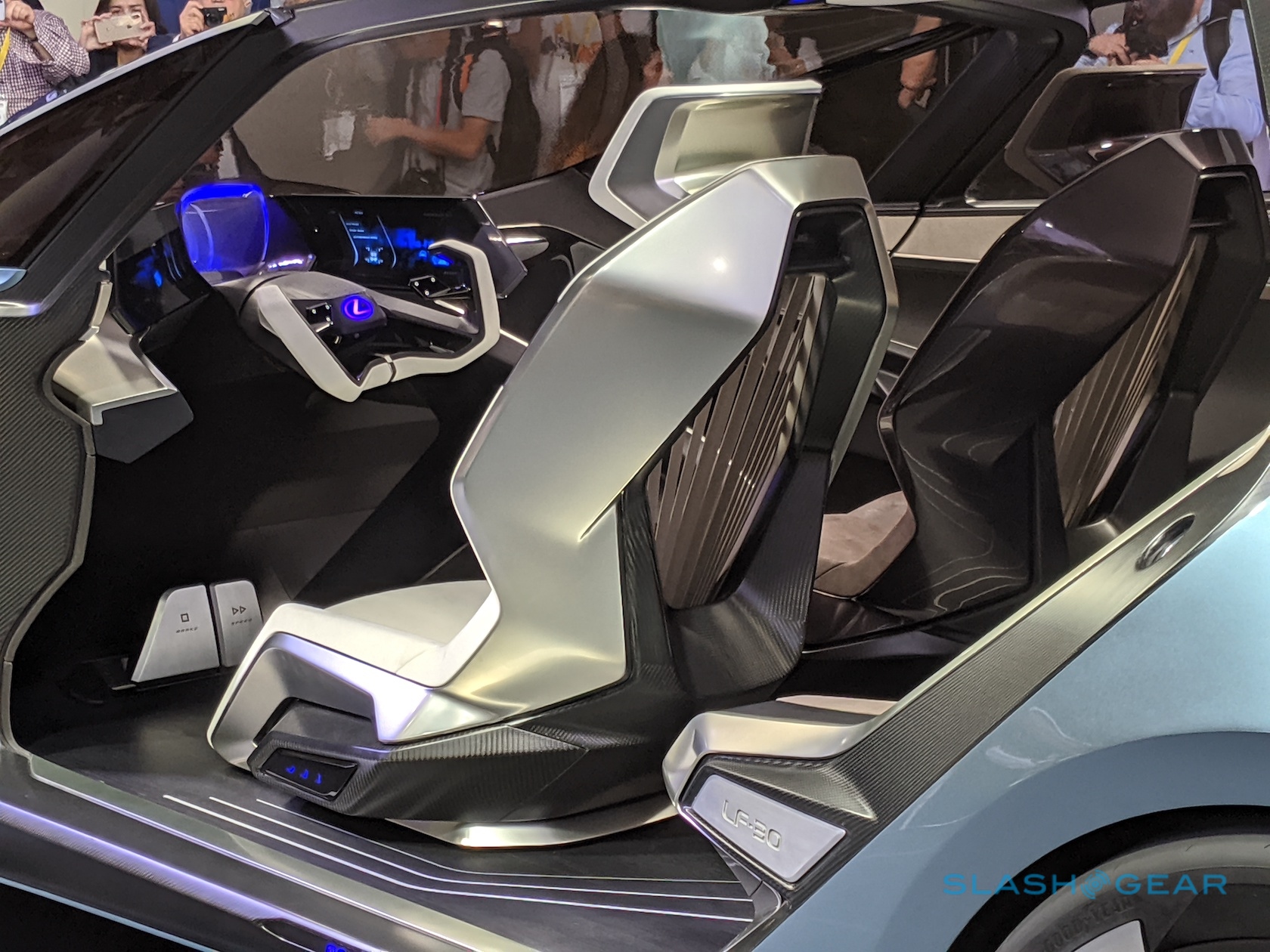 Park the LF-30 up, and it will automatically recharge via a wireless pad. AI is used to control charging schedules according to the most affordable rate plans and when the car is likely to be needed, as well as proactively adjust cabin settings depending on who’s driving and who the passengers are. There’s even a “Lexus Airporter” drone, which could carry your luggage from the car to the front door.

The first Lexus BEV (battery-electric vehicle) intended for production will be unveiled in November of this year, the automaker says. After that will come a plug-in hybrid (PHEV), and a new, dedicated BEV platform, “early in the coming decade.” 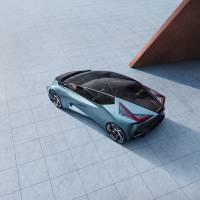 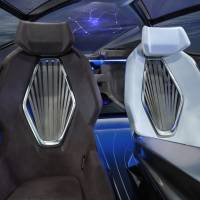 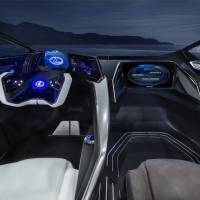 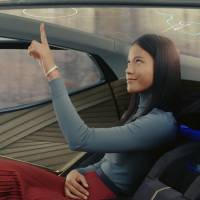 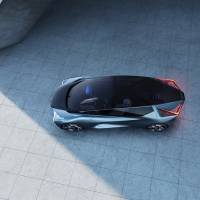 Come 2025, the automaker insists, there’ll be electrified versions of all Lexus models. They may not look quite like the LF-30 Electrified Concept, but the automaker says the car’s Lexus Advanced Posture Control technology – regulating drive power output from the high-torque motors “to adjust vehicle posture in tune with human sensibilities” will be carried over to production cars.