Lexus is planning a huge change for 2021

Lexus is teasing both a bold new concept car and a production model based on that shift in design language in 2021, as the automaker moves to further embrace electrification. It’s fair to say that the Lexus aesthetic – particularly the huge “spindle” grille – has been divisive in recent years, with the theme leaving the Japanese automaker’s cars certainly more memorable if not meeting with universal approval.

It was a stark shift from the early days of Lexus, where the company’s sober sedans played things more conservatively. In more recent years, however, the grilles have become bigger, and their pinched midsection more pronounced, while aggressive strakes, sculpting, and crease-lines have emphasized those enlarged proportions. 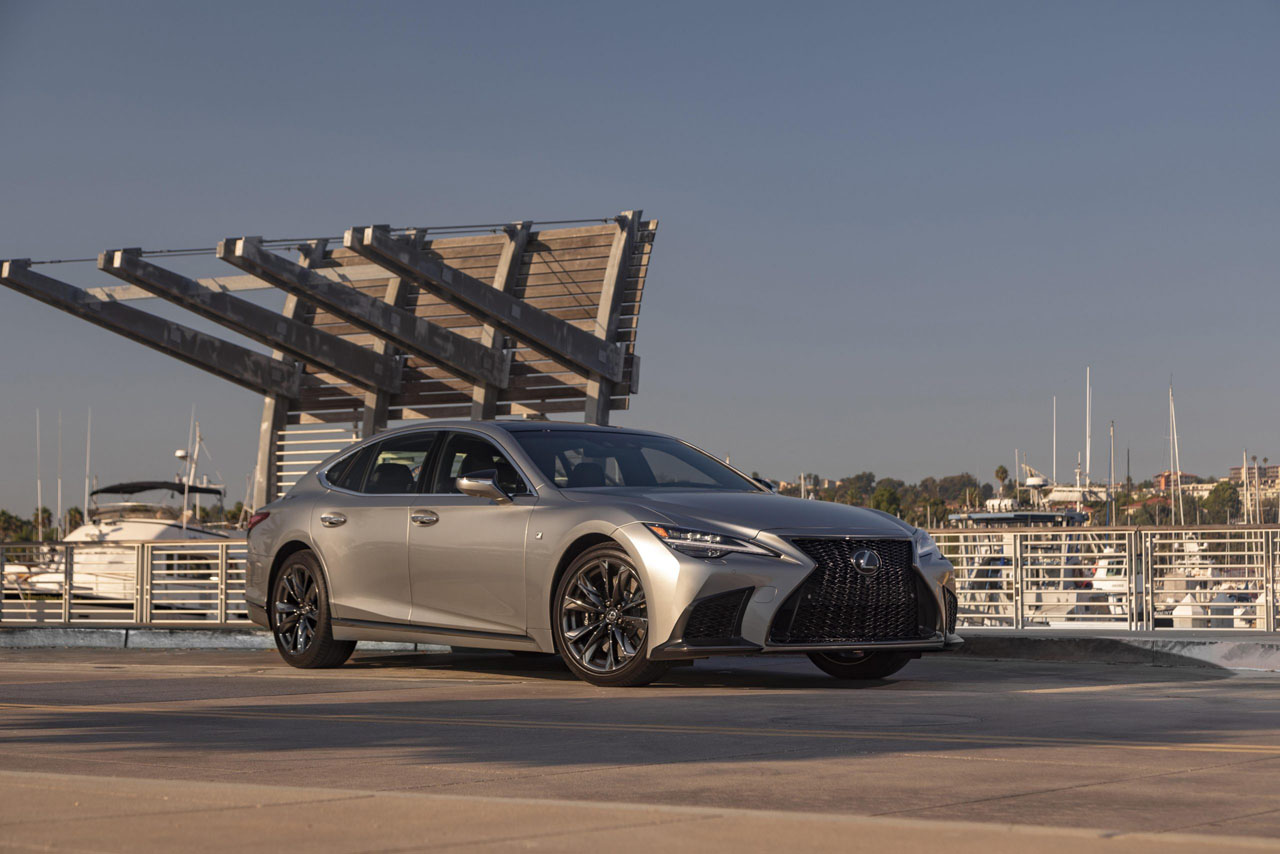 For the next phase of its existence, however, it looks like Lexus envisages a change. “This year, Lexus will take a new step forward in aiming to make the diversified lifestyles of our customers more rewarding,” Koji Sato, Lexus International President and Chief Branding Officer at the automaker said today. “This Spring, we will unveil our new brand vision, along with a new concept, which illustrates our intentions for the future and marking the beginning of the next generation of Lexus.”

The automaker isn’t saying exactly when that concept car might be making its official debut, but it is sharing another teaser image. The first shot of the car – a shadowy vision of its front fascia – was released late in 2020. This new picture teases the rear, complete with what looks to be an illuminated Lexus logo across the trunk.

Although it’s tricky to make out full details – by Lexus’ intent – it’s certainly a new silhouette for the company. A strongly sloping lower section meets a glasshouse that’s set in from the shoulderline, and creased along its roof with what looks to be a fin spoiler. Narrow taillamp clusters are smaller and more visually complex than the lights on Lexus’ current range. 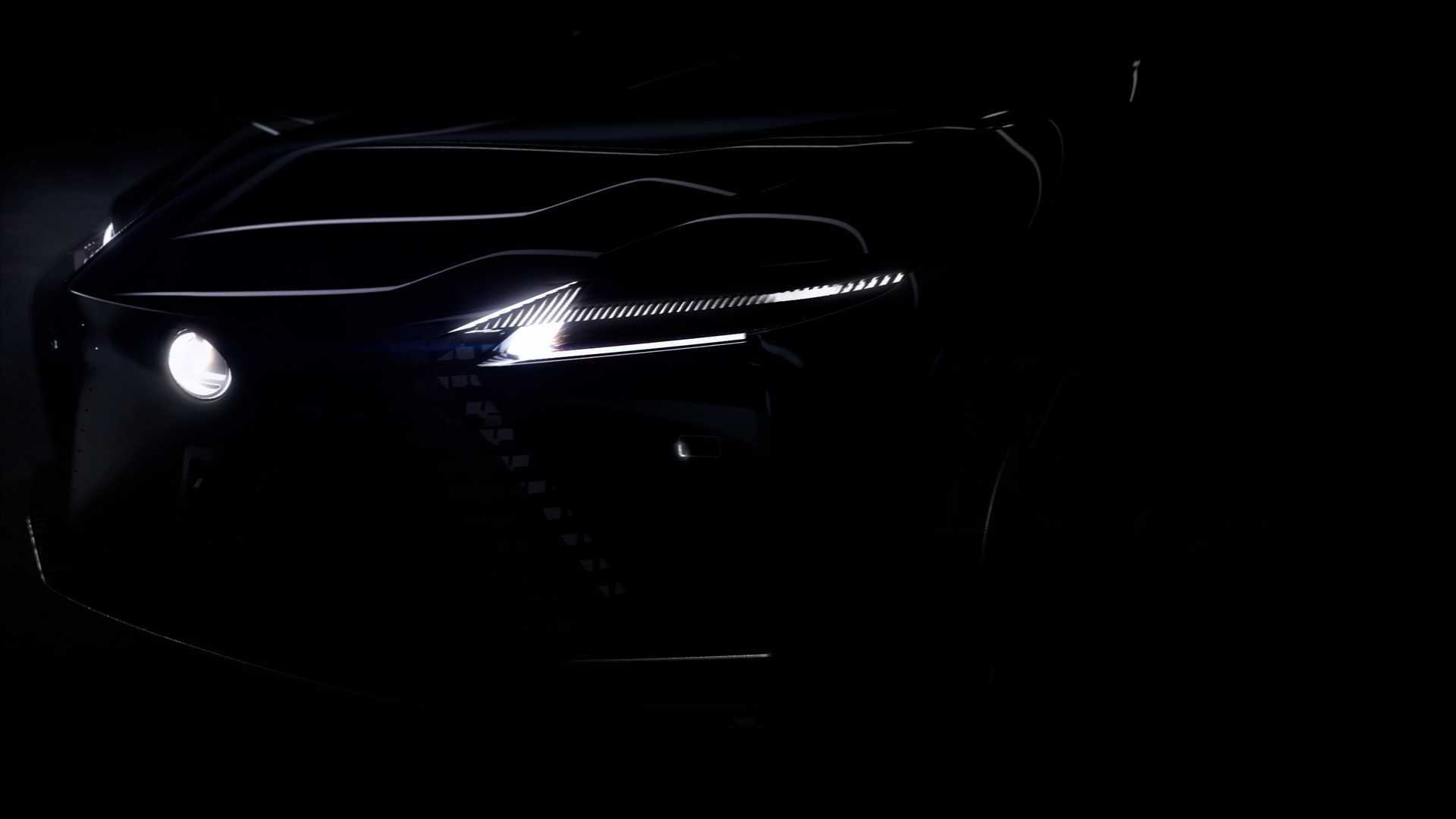 As for the front, Lexus’ previous teaser showed more illumination for badging, along with an updated version of the stylized headlamp clusters familiar from production cars. That includes not only a lower strake, but a larger version picked out in segments. The leading upper edge of the grille looks more dominant, too.

It’s unclear just what this particular concept car is, though it seems likely to be a crossover or SUV given the way the market has been trending. Beyond that, though, according to Koji Sato there won’t be too long to wait for a production car based on the upgraded style language. Furthermore,” the Lexus International President confirmed, “we will launch the first model under our new vision within this year, and we will continue to introduce new models next year and beyond.”

What seems likely is that the concept car will feature Lexus’ DRIVE4 electrification system, which the automaker announced last year. That uses four in-wheel electric motors, meaning each wheel gets a motor of its own. It can then switch between front or rear wheel drive, or all-wheel drive, depending on road conditions, driving dynamics, or the mode selected.

Whether that will be ready in time for the production model remains to be seen. Lexus has said that the DRIVE4 technology doesn’t necessarily have to be applied to a full EV, and could be paired with an internal combustion engine as a hybrid of some sort. Still, it’s also possible that Lexus will use Toyota’s e-TNGA platform, a new architecture designed for EVs, which Toyota plans to use for an electric SUV of its own.