A few weeks back, Apple reported that it have sold more than two million iPads in less than two months. I think we can safely say the market is now validated and there’s room for a device that falls between the phone and the PC in the consumer ecosystem. It also means that competitors are not going to cede this market to Apple and the space is going to heat up big time over the next few months. Many of these devices will run Android, among the first out of the gate will be a 5-inch device from Dell called the Streak. The Streak will be offered by carriers in some places and will include telephony in addition to content consumption and creation features. It comes to the US next month as an unlocked device selling for $500 putting it directly in competition with the iPad. (Right off the bat that puts the Streak at a disadvantage in the US. Just ask Nokia how easy it is to sell unlocked $500 devices here.)

I’ve been following the pre release news of the Streak and while there are things to like about it, I think it misses the mark on this class of device. While I suspect it will appeal to some enthusiasts, I don’t think it’s a mass-market device just yet. I don’t mean to pick on the Streak per se, but it appears there are issues with some of the Android tablets coming to market. Here are some things that vendors building Android tablets need to take into consideration.

1. Pick the proper screen size. There are four different aspects to mobility. Devices can go in a case by themselves, in a case with other gadgets, in a pocket or actually become invisible so we don’t notice we carry them. In general, the two most important form factors are devices that go in my bag with other things and pocketable devices I carry with me. The 5-7″ screen therefore makes the worst form factor devices. A 5-7″ screen makes devices way too big to fit comfortably in most pockets and too large to use as a phone holding it up to the face. A screen that size though is too small to convey the advantages that a tablet form factor brings to market in terms of content consumption and creation. Once a device is no longer pocketable, vendors should focus on larger screen sizes and batteries. Once it’s going to go in a bag or case, there’s no reason to skimp on either.

2. Don’t use an old version of Android. It looks like many tablets will ship with older versions of Android but be upgradeable sometime in the future. That’s a red flag for me. One should never buy a device with an outdated platform on the promise of upgradeability. Android 1.5 is not optimized at all for this form factor and despite vendor best intentions, planned upgrades sometimes never appear or appear so late in time as to be useless. Hopefully, we’ll see more devices ship with at least Android 2.1. 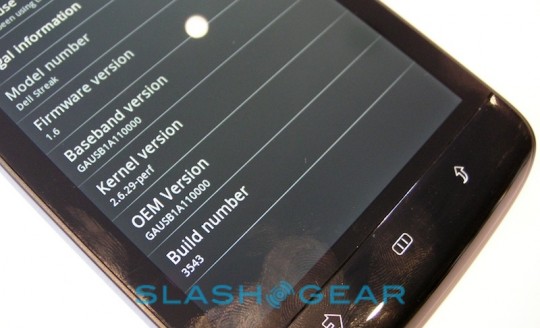 3. Support the Android Marketplace. Without full Android marketplace support, devices built on Android will die. A fragmented apps market is bad for Google and Android so expect no support from Google for devices that can’t pass compatibility tests and therefore gain access to Google’s applications and the Android marketplace. Vendors need to beware of creating devices with poor app support where some apps work and some don’t. Vendor-specific Android marketplaces will likely never get the traction they need to support a proper ecosystem and will quickly be abandoned by the market.

4. You need an iTunes equivalent for content. iPad worked in no small part because it tied into both Apple’s app store and the iTunes store. Competing platforms need a place where consumers can obtain legal content – audio, video and print – for their devices. Without that part of the story, consumers’ real world usage will be severely limited.

I think it’s good that we are seeing some heated competition in the tablet space. Apple’s iPad has set the bar and that functionality is now the table stakes for the industry. Vendors must build devices that at least equal the iPad experience, offer clear differentiation and features or exceed what Apple has delivered. Let’s see who will step up to the game and raise the bar.