Lenovo’s ThinkPad line has always had a reputation for business-class durability, and the X series has added small size and light weight to it. The latest in the X2xx series is the X230, the upgrade to to last year’s 12.5-inch X220 model. It brings with it some small but significant changes to the chassis as well as more options on the processor front, which we’ll dive into in our upcoming review. For now, we’ll focus on the outward changes to this most favored road warrior model.

Calling ThinkPads “pretty” would be a massive overstatement, but I’ve always admired the way the line is steadfastly proud in its utilitarian ugliness. In this, the X230 makes a concession to Lenovo’s more consumer-oriented laptops and the ThinkPad Edge series with a chicklet keyboard. ThinkPad fans, put away your scythes and pitchforks: the legendary key travel appears to be unblemished, and the signature trackpoint “nub” is still present. The touchpad uses the same controversial “universal click” that was introduced last year, but you can still use the physical mouse buttons above the pad. 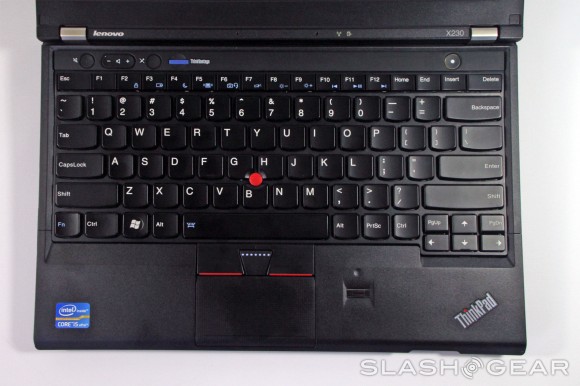 Another signature ThinkPad feature, the keyboard light, is intact, but shares space with an optional backlit keyboard. It comes in two stages, neither of which is very bright. The 12.5-inch screen is quite bright, on the other hand, and will likely retain the IPS option when the laptop ships. Unfortunately it’s stuck at a rather typical 1366×768 resolution – I’d much rather see a Zenbook-style 1600×900 panel in there. 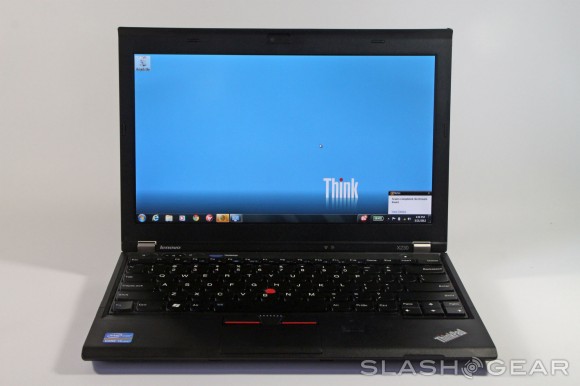 Speaking of Ultrabooks, the ThinkPad ethos is definitely starting to show its age when compared with the latest crop of ultra-light, ultra-thin laptops. The X230 holds its own, but it just isn’t as slick as some of the latest competition – while crucially offering little to justify its extra bulk. Extras over ultrabook models include a removable battery and a docking port for an even larger one, as well as an ExpressCard slot. 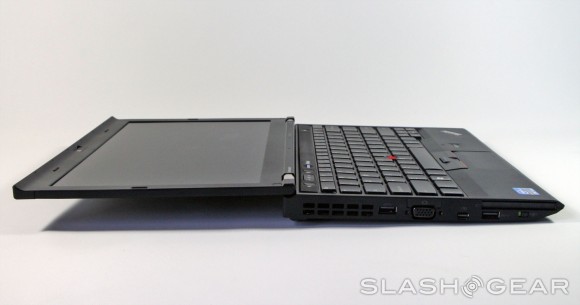 The right side holds a standard USB slot (yellow colored to indicate that it can power portable devices even in sleep mode), a full-sized SD card slot, a Dolby-certified in/out audio jack, a Kensington lock port and the hard drive accessible with a standard Phillips head screwdriver. The left holds two USB 3 ports (annoyingly colored a non-standard black), the ExpressCard slot, an old-school VGA port and a newfangled MiniDVI port.  The rear has only the power port and the removable battery. 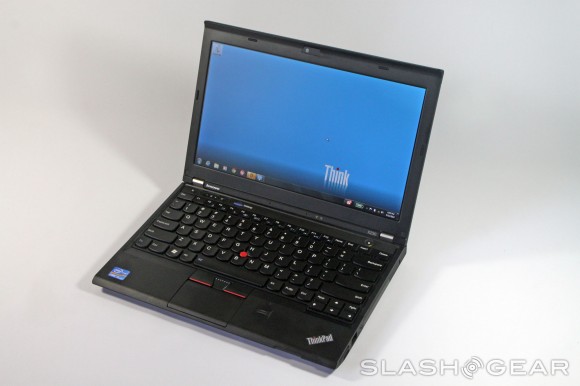 I can deal with the new keyboard and new-ish trackpad just fine, but the one thing that really bugs me in this small laptop is the stiffness of the hinge. Normally that’s a good thing, but with the light weight and latch-free design on the X230 you need a much better grip to raise the lid than the small notch can provide. Unless you’ve got nimble fingers, it’s very difficult to open the lid with one hand. 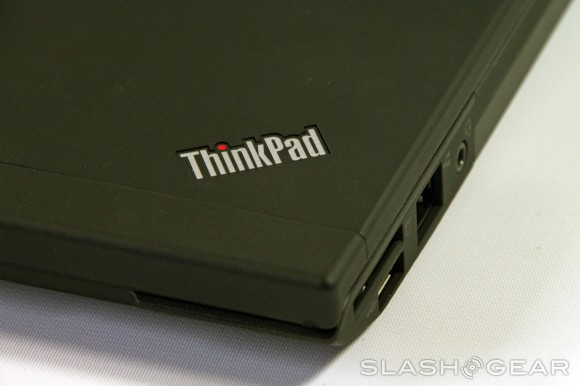 On the software side of things you get a choice of Windows 7 versions, with predictable options for hardware. Our review unit came with 4GB of RAM, a traditional 300GB hard drive, Bluetooth, and a a biometric fingerprint scanner. We’ll be testing out the X230 for a good while, since it doesn’t officially launch till early June in the $1200 range for the price model. (We won’t know the exact price of our configuration for a while, but I’d guess around $1350.) In the meantime, check out our hands-on video below for a good look at its features and comparisons with other current laptops: 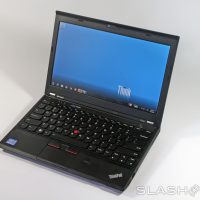 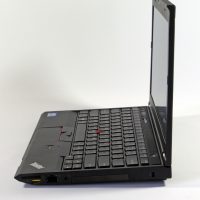 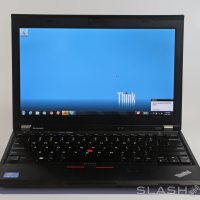 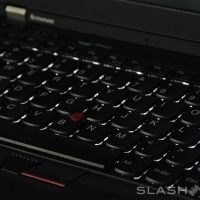 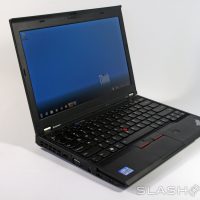 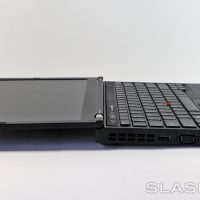 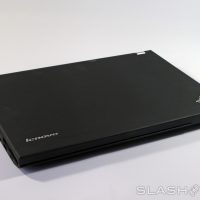 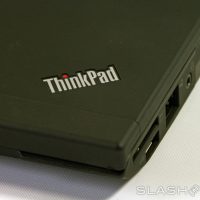 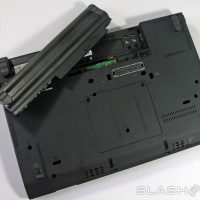 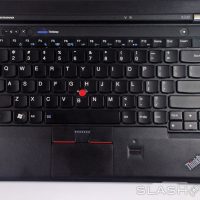 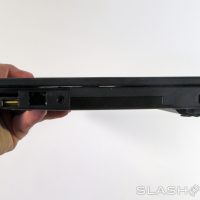 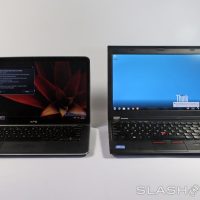