Lenovo‘s new ThinkPad Yoga 11e Chromebook isn’t the company’s only Chrome OS machine, and latest to the batch is its new N20P Chromebook. Unlike the 11e, the N20P isn’t styled after the company’s famous all-black ThinkPad notebooks, instead sporting a smooth gray body and lid. What we ultimately get is a Chromebook quite a bit thinner than the aforementioned model, and no less powerful. Read the full SlashGear Review for all the details.

The Lenovo N20P Chromebook is available in two configurations, with the only difference between the two being the processors: the cheaper of the two models ($329.99) comes with a 2.16GHz Intel Celeron N2830 processor, and the other ($349.99) comes with an Intel Celeron N2930 1.83GHz processor. That aside, both offer 2GB of RAM and 16GB of storage (via an SSD), and integrated Intel HD Graphics. 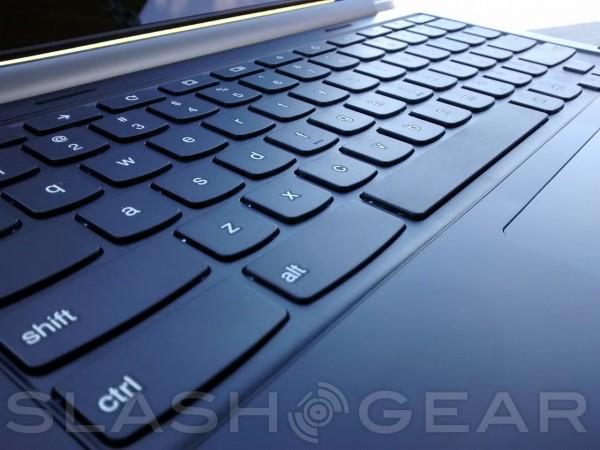 There are stereo speakers positioned on the bottom front corners of the Chromebook joined by a 720p-resolution webcam above the display. The display, meanwhile, measures in at 11.6-inches with 10-point multi-touch support. The specs are rounded out by two USB ports (one 2.0 and one 3.0), a combo jack for mic/headphones, HDMI-out, and an SD/MMC card reader. Connectivity is comprised of Bluetooth 4.0 and 802.11 a/c WiFi. 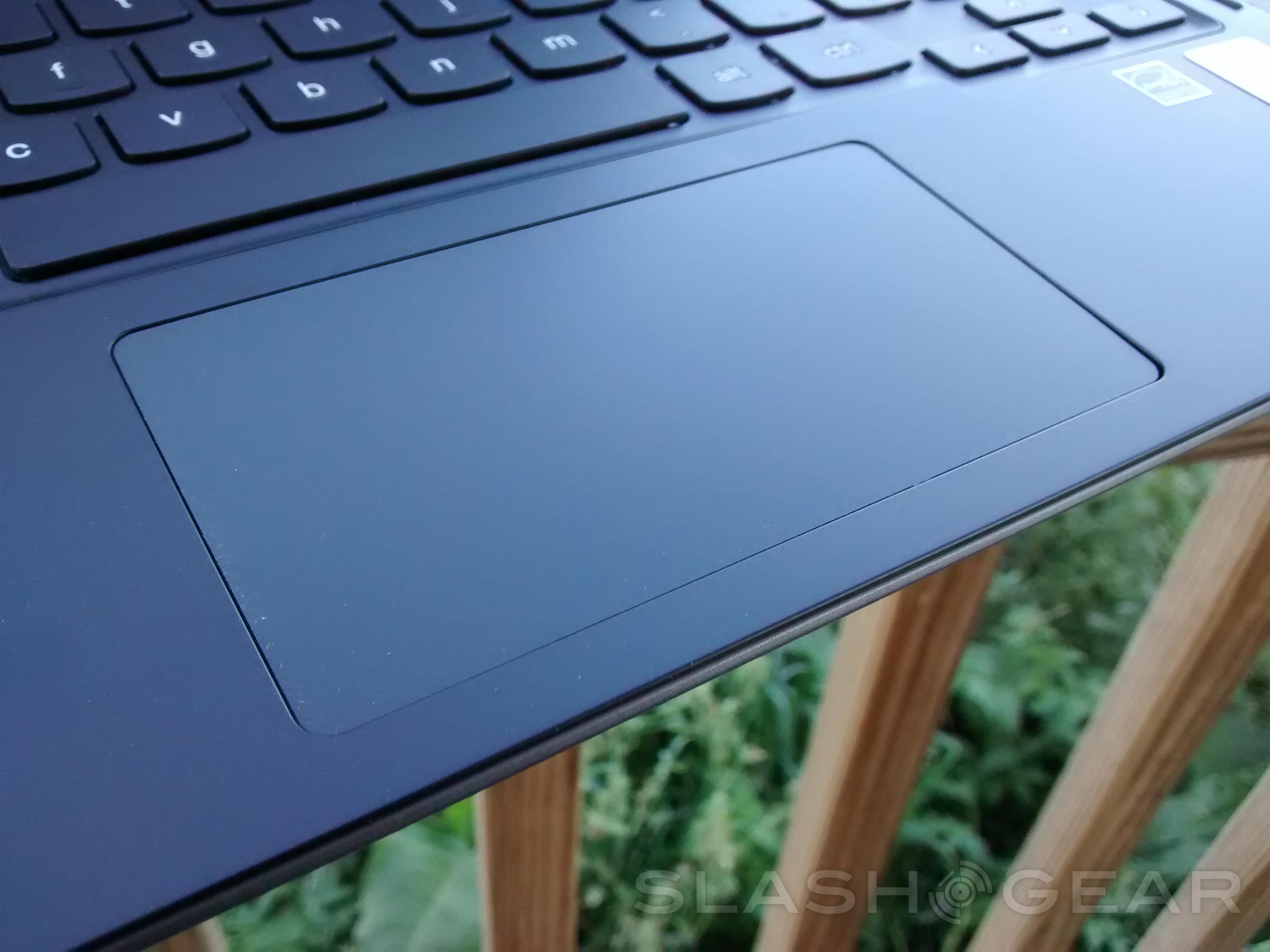 As you can see in the image above, the trackpad is rather large, which is a welcomed change over the average trackpad size seen with some past competing Chromebook models. The keyboard isn’t like the ThinkPad Yoga 11e, in that it is a shallow, low-resistance offering that produces very little sound and is easy to type on. This is all wrapped up in a device that ultimately measures in at 11.6- x 8.34- x .07-inches, with a weight of 2.86lbs. 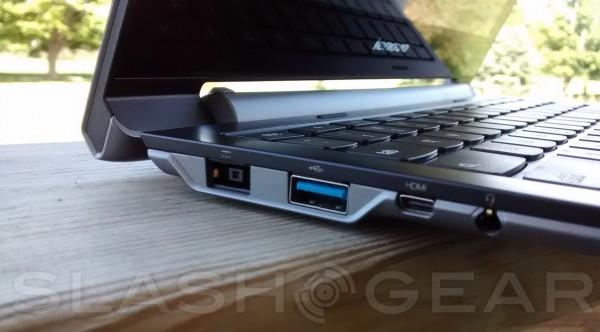 The hinges are of notably excellent construction; too often, laptop hinges feel like a machine’s weak point, prone to thinning or loosening with frequent usage. The N20P’s hinges are quite thick and solid, and don’t convey any sort of unsavory movement or other indications that trouble with them could surface after repeated use. When opened, there is a substantial gap between the display and bottom portion of the Chromebook. 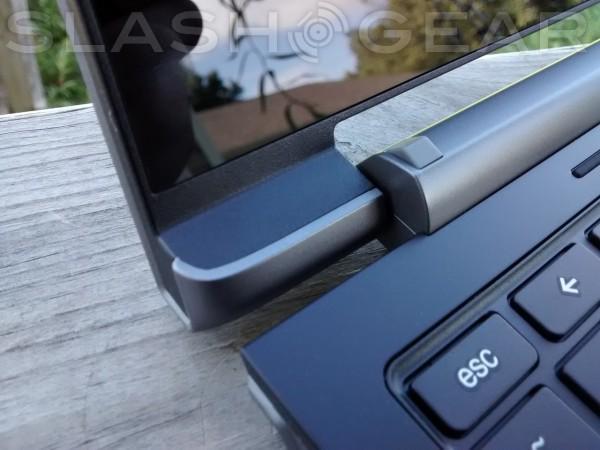 As far as design impressions go, the Lenovo N20P feels both solid and conservative — slim, but not to the detriment of features; solid, but not heavy; smooth, but not prone to fingerprints. There’s nothing ill to speak of except, perhaps, the somewhat dull gray color (if you’re feeling picky).

The Chromebook N20P runs Chrome OS, the same offering you get on any other Chromebook or Chromebox — choose your language, connect to your network, log into your Google account, and update the software if necessary, then you’re good to go. If you’re not familiar with Chrome OS, you can find out more about it in our related SlashGear 101.

As with the ThinkPad Yoga 11e, we used Peacekeeper to benchmark the device’s browser, given that ordinary benchmarks aren’t applicable due to the nature of the operating system. There weren’t any issues with doing the tasks one commonly does on a Chromebook, and we found the performance to be comparable to that of the recent ThinkPad Yoga 11e Chromebook. That similarity is reflected in the Peacekeeper benchmarks, with the 11e scoring 1306 overall and the new N20P scoring 1168. 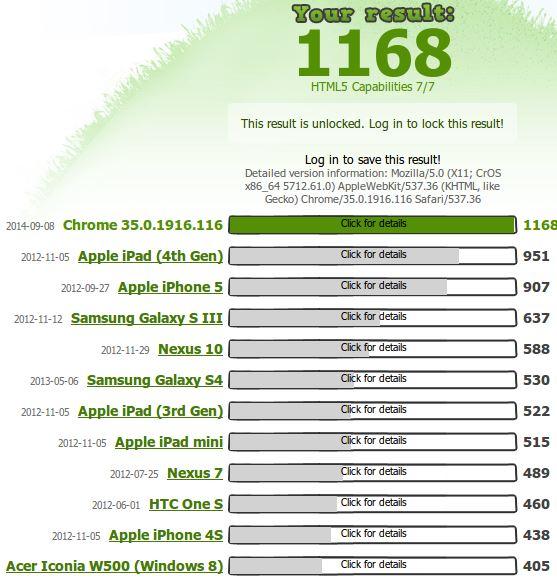 The Lenovo N20P Chromebook is the latest expansion to the growing number of small Chrome OS laptops, and it is a welcomed addition. Though plastic from one side to the other, it feels solid under use, has a pleasantly thin body, and the design is appealing. The addition of an HDMI port helps set it aside from other competing products, and will expand its usefulness for certain types of users, such as those who frequently given presentations. 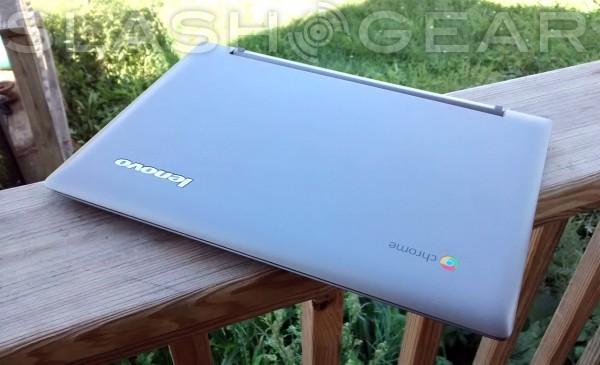 The two different processor options add to the Chromebook’s appeal, letting those with slightly more demanding needs choose a more powerful product. While the Yoga 11e might be more flexible, the N20P is quite a bit thinner and will better appeal to more traditional users. 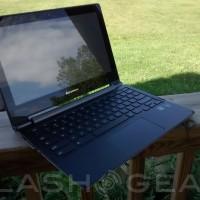 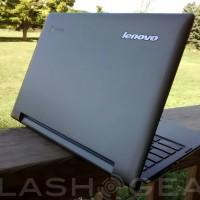 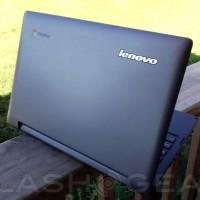 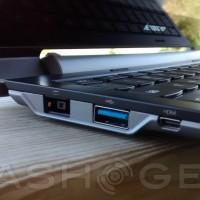 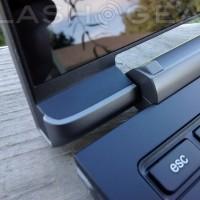 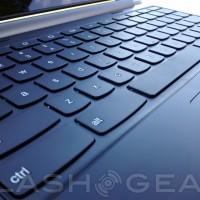 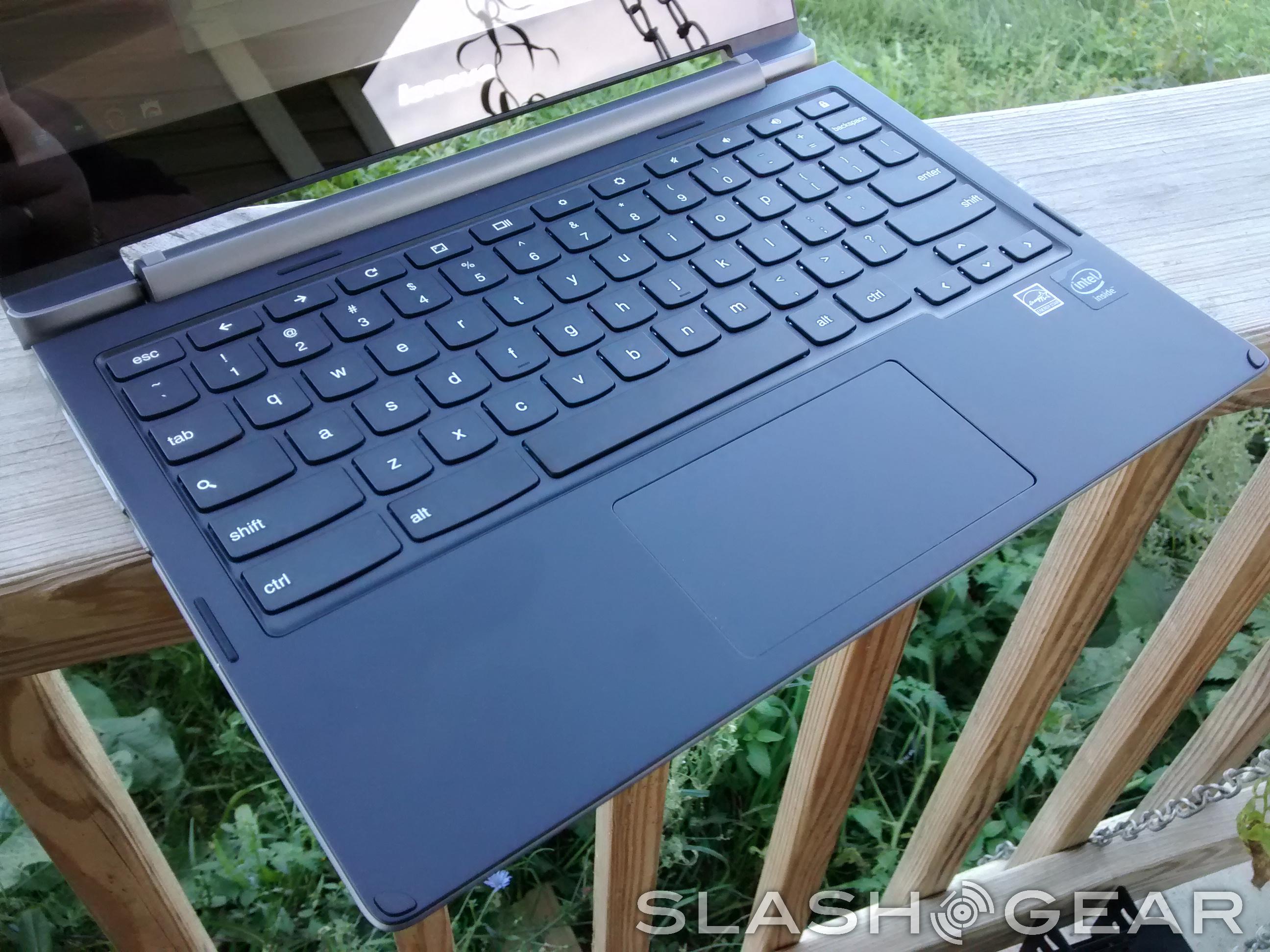 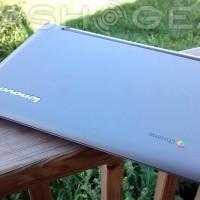 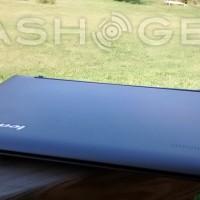 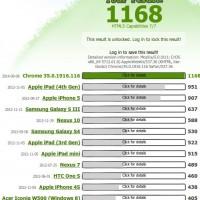 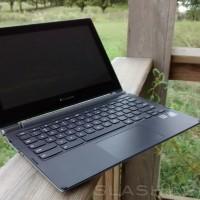