Virtual reality is gaining steam, but what if you want to create content for the new headsets, not just consume it? That’s where Lenovo’s Mirage Camera comes in. Launching today alongside the Mirage Solo standalone VR headset, it’s a twin-sensor camera designed to capture 3D photos and video without demanding professional videographer credentials first. That’s a pretty big promise for a gadget under $300.

At first glance, the Mirage Camera shares a lot with the earliest digital cameras. There’s no viewfinder and no preview display; indeed, there are only three buttons, one of which handles power and another the shutter release. The third button cycles through the three shooting modes: stills, video, and live streaming. 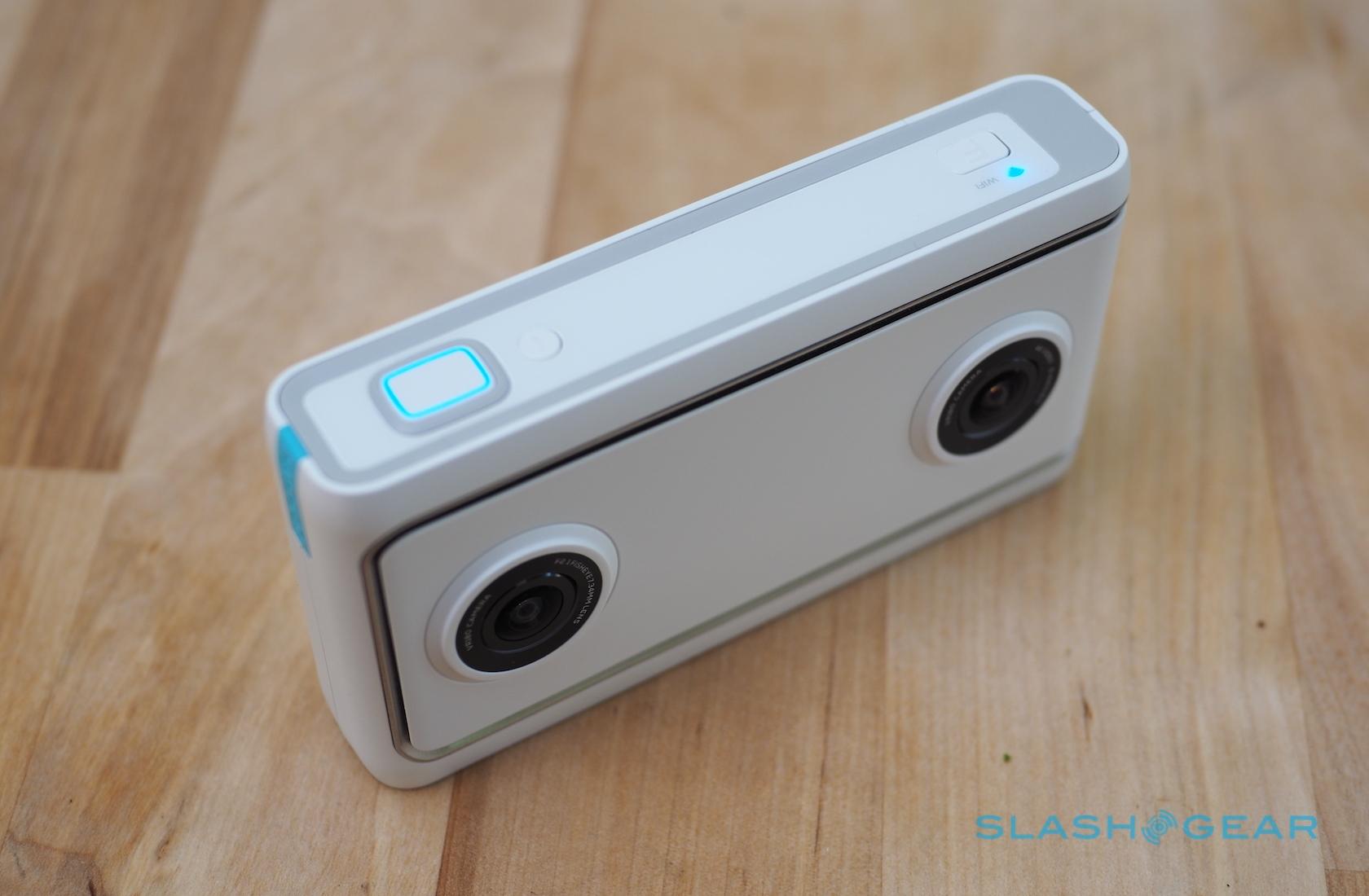 Camera status is communicated with a handful of LEDs. A ring around the shutter button blinks green while the Mirage Camera is booting up – which takes about 14 seconds from cold, but resumes almost instantaneously if you’ve been using the camera recently – and lights solid blue when it’s ready to take a photo. A row of LEDs on the back show the current mode. I wish they were brighter, though; in sunlight, I had to cup my hand around the camera to check if it was powered on and in the mode I wanted.

Under a flap on the side there’s the USB-C port for charging, and a microSD slot. The camera has 16 GB of onboard storage, but you can add up to 128 GB more. A standard tripod screw is on the bottom. The whole thing feels a little plasticky and toy-like, frankly, and it’s light too: at 139 grams, it’s less than the typical smartphone. 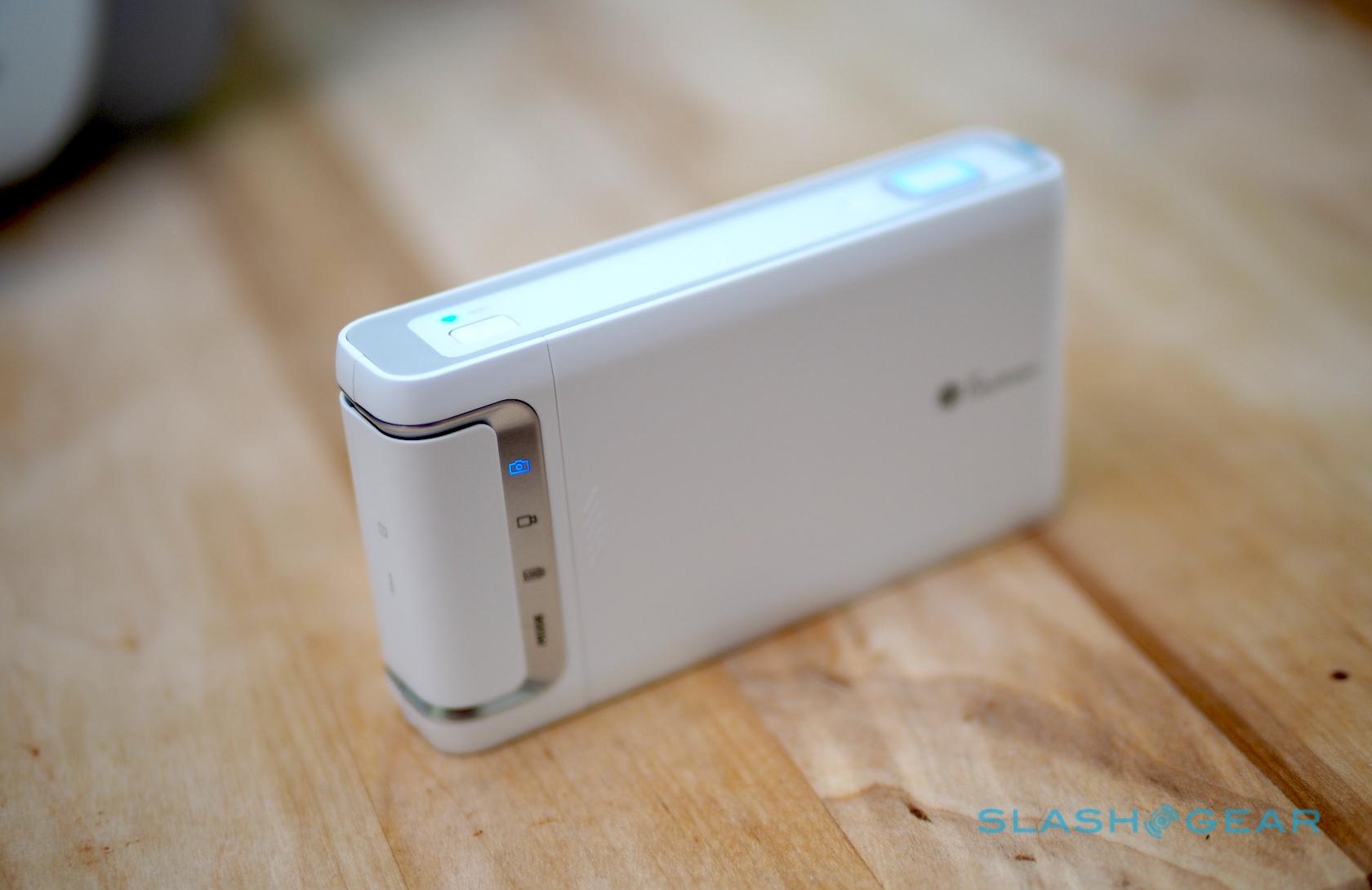 Inside, though, there’s a surprising amount of overlap with a phone. Lenovo has used Qualcomm’s Snapdragon 626 chipset, paired with 2 GB of RAM, more commonly found inside midrange Android devices. There’s no cellular radio, but you do get WiFi b/g/n/ac and Bluetooth 4.2. There’s 6-axis electronic image stabilization as well.

That’s applied to the Mirage Camera’s two sensors. Each packs 13-megapixels, with a 180-degree f/2.1 lens. Together they’ll capture a 13-megapixel stereoscopic still image, or up to 4K video. Lenovo says the 2,200 mAh battery should last for up to two hours of use; it’s removable, so you can slot in a second for extended shooting.

Point and Shoot and Hope

Like those early digital cameras, shooting with the Mirage Camera alone requires some faith. There’s no way to figure out exact framing, and so I ended up basically pointing, shooting, and hoping for the best. Sometimes that worked, but other times I’d review the images and wish that I’d had the camera turned a little more in one direction or another, or had been holding it a little higher or lower. 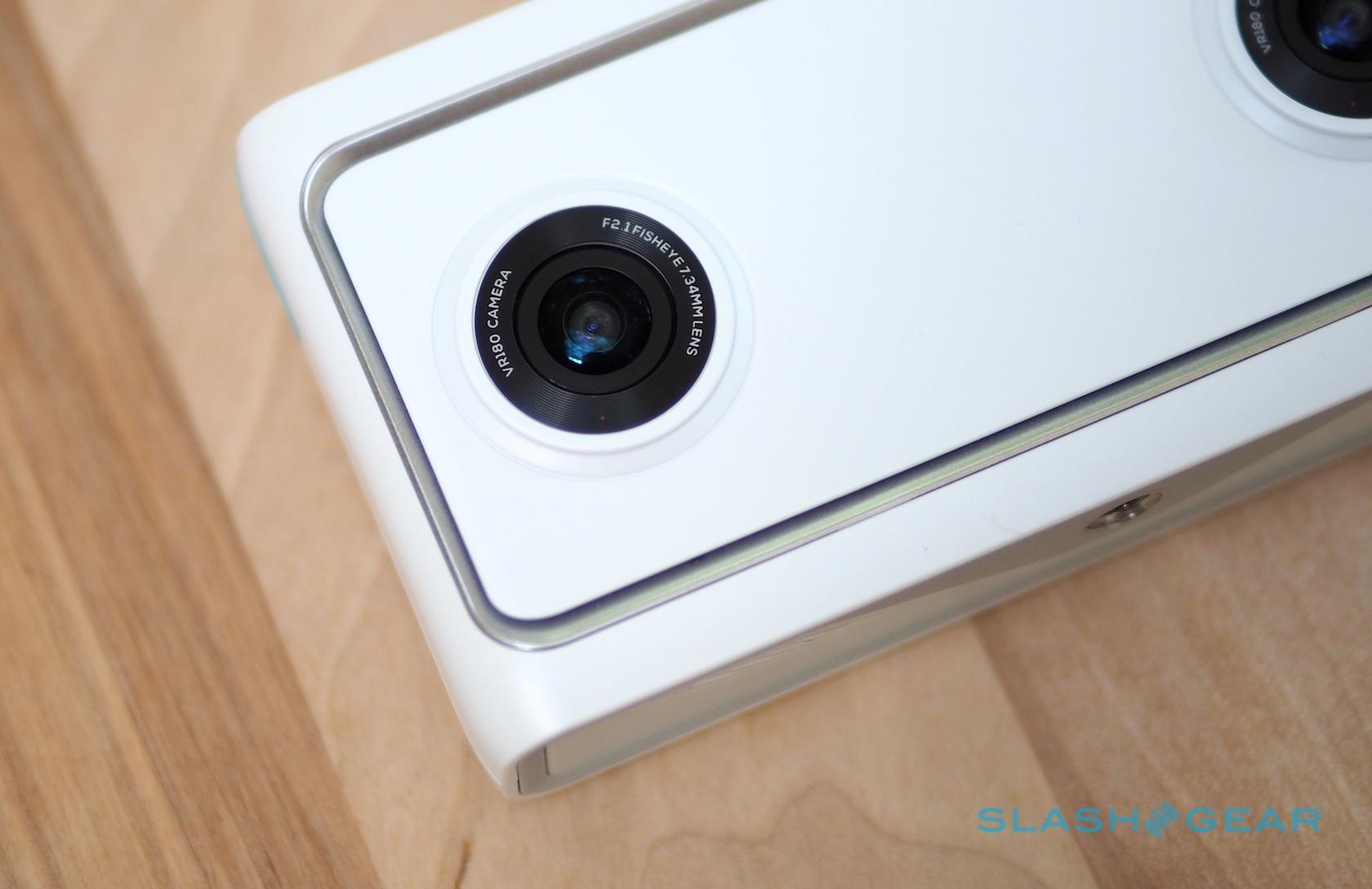 You can get around that with the VR180 app, which is available for Android and iOS. That connects via WiFi to the camera, and is used both to transfer photos and videos it has taken to your phone, and to offer a live preview of what the Mirage Camera is pointed at. The fairly low-res preview isn’t going to win awards for detail, but it’s enough to get a far better idea of whether your intended subject is suitably framed. It also allows you to tweak exposure, white balance, and ISO manually, if you prefer. 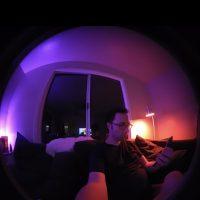 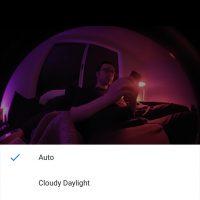 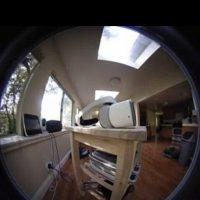 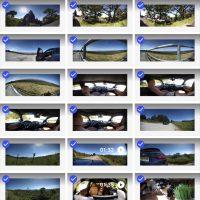 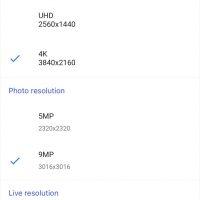 In many ways this is par for the course with consumer 360-degree cameras, too. Models like Samsung’s Gear 360 involve the same trial-and-error of holding the camera up, hitting the button, and hoping the angles were right. I did find that I took more photos – even though they were “only” 180-degrees – with the Lenovo, however, simply because I didn’t have to worry that I was in the frame too.

Forward a little, back a little

Unlike those 360 cameras, however, the Mirage Camera shoots stereoscopic images and video. Viewed through a VR headset, whether Lenovo’s own Mirage Solo, a Google Cardboard, Samsung Gear VR, or something else, you get a sense of depth from the image that other panoramas simply don’t deliver. That does, however, introduce some new photography variables I wasn’t expecting. 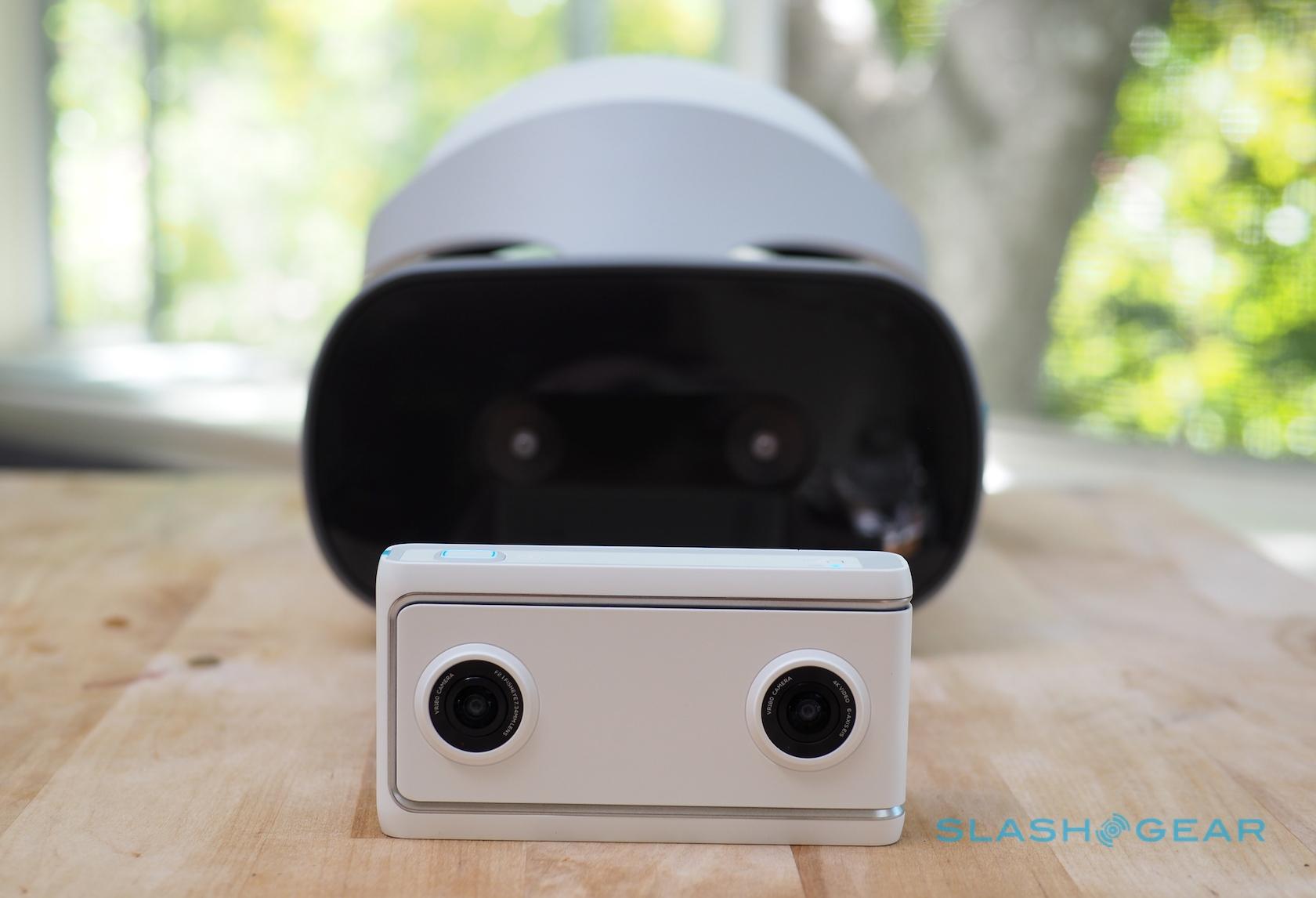 The ultra-wide-angle lenses mean that subjects can easily get lost in the 180-degree frame if you’re too far away from them (or, as I discovered with my first few photos, your fingertips can roam into view at the edges of the frame). Problem is, get too close and the stereoscopic effect gives way to headache-inducing optical weirdness. More than once I transferred photos to the Mirage Solo headset but found whatever was in the foreground was jarringly misaligned.

The fix is to get further away, but it can be tough to figure that out at the point of capture. Even if you’re using the live app preview, that gives a 2D image of what the Mirage Camera is pointing at, not 3D. Some shots that looked great in the VR180 app ended up effectively unusable when I tried to view them in a VR headset.

The Mirage Camera can, in theory, use its WiFi to upload images directly to Google Photos. However I struggled to get that to work; instead, it proved easier to transfer them to the VR180 app first. That shows what’s stored locally and what’s on the camera, as well as how much battery life and storage capacity remains.

The easiest way I found to get photos and video from the Mirage Camera to the Mirage Solo headset was Google Photos. I already had the iPhone X I was using set to synchronize photos and video to Google’s cloud; by logging into the same account on the VR headset, they showed up in the gallery there automatically.

If you have a Google Cardboard headset, or similar, it’s even easier. There’s a Cardboard viewer button in the VR180 app (and in Google Photos); tap that, rotate your phone 90-degrees, and you can see the 3D effect once you slot the handset into your headset. 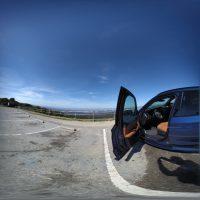 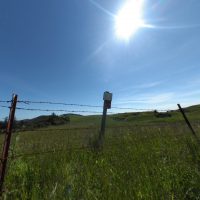 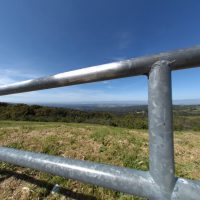 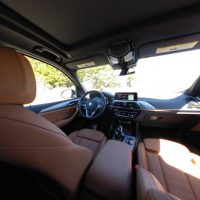 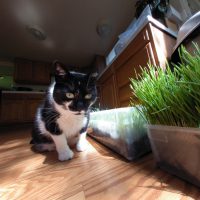 Of course, if you don’t have a VR headset, that doesn’t mean you can’t use the content you capture. From the VR180 app you can share in 2D instead, creating a flat – though somewhat oddly proportioned in places – version of the image or clip. Similarly, you can upload direct to YouTube, though I had some occasional issues on iOS getting the clips to show up properly.

There’s also no way to trim your VR clips before you upload them, at least not on iOS. Instead, you have to wait until the whole clip has uploaded and then use YouTube’s desktop UI to do that. Even just lopping a few seconds off each end of a clip that way can involve waiting hours for YouTube to finish processing.

Live Streaming, but not standalone

The third shooting mode the Mirage Camera supports is live-streaming. You can beam 3D footage direct to YouTube, though there are a few provisos along the way.

For a start, you’ll need a verified YouTube account. You also need to be connected to the VR180 app: even though the Mirage Camera has WiFi, it can’t stream directly, and has to go through the app. The phone you’re using it with needs to be connected to WiFi, too.

Assuming you’ve ticked all those boxes, you then enter a video title, description, and choose if the stream should be public or unlisted. Hit the “Go Live”button, and you’ll get the YouTube link to your stream.

Good, but not great

For all that the Mirage Camera is basically an Android phone in a slightly unusual form-factor, I had high hopes for its image quality. After all, Google has demonstrated with the Pixel 2 just what can be achieved with computational photography. Unfortunately, the reality with Lenovo’s camera isn’t quite so polished.

Given plenty of light, the Mirage Camera can produce great images. Darker scenes, however, suffer noticeable grain. More frustrating, there’s no HDR mode and so scenes which mix bright and dark sections are biased to one extreme or the other.

For example, I took a photo of the dashboard of a car. The Mirage Camera handled the interior just fine, but everything beyond the windows and windshield is washed out. The same shot with a regular smartphone camera, though 2D rather than 3D, relied on HDR so that the both the darker interior was visible, and the brighter exterior.

One of the problems with that, of course, is that if you’re not shooting through the VR180 app, there’s no way to tell from the camera itself whether what you want to be properly exposed is actually going to be visible in the final frame. Instead, the Mirage Solo makes its own mind up, and you only discover the results when you get around to synchronizing it with your phone. You can see more samples in the gallery linked below.

If you’re in the market for a way to shoot 3D photos and video, your options are limited. Although there are a growing number of 360-degree cameras, there are far fewer with twin sensors. Those that do exist are typically considerably more expensive than the $299.99 Lenovo is asking for the Mirage Camera.

That affordability comes with a few compromises, unsurprisingly. The most annoying is the absence of HDR shooting, which would certainly remove some of the frustration when it comes to getting usable shots and clips at the end of the day. The reliance on the companion app for framing and live-streaming is a minor annoyance, too, though arguably an understandable one.

It’s a camera that demands some acclimatization, despite how simplistic the controls might be. Getting a good 3D image – that doesn’t quite literally cause you a headache later – demands a fairly different methodology compared to 2D images. Not everything you capture will turn out well.

For under $300, though, it’s easier to forgive the Mirage Camera its foibles. There simply isn’t anything out there which can compete, with twin lenses, for the same price. It’s not going to replace my regular camera – or, indeed, my phone’s camera – but, as 3D applications begin to gain traction, the Lenovo Mirage Camera stakes out an important spot in the consumer VR space.

SlashGear uses affiliate links, and if you buy something, sometimes we’ll get a small proportion of the sale. This does not impact our editorial content.