Lenovo Legion phone has a side-popping camera for streaming

There’s a smartphone called Lenovo Legion that’ll be released this month with a side-popping camera. This device is a gaming phone, and it’ll look rather radical from the get-go. The camera is aimed forward, and its placement suggests one thing, quite clearly – this isn’t so much a phone that’s made for gaming as it is a gaming device that can (potentially) also be used as a phone.

The Lenovo Legion has a 20-megapixel selfie camera. This camera pops up from the center of the phone’s longest side, so you’ll almost certainly always use it when the device is held in landscape mode. This makes the phone ideal for snapping landscape selfies (as they all should be anyway, mind you), but it’s also clearly aimed at game streaming video capture.

If you’re streaming a game on your smartphone and you want to include your face and/or head, there’s a bit of a disconnect with most phones. They’ve either got a pop-up camera that’d be hindered by your hand, or they have a front-facing camera that’s likely shadowed by your hand.

With the Lenovo Legion, that’s not an issue, as your (generally landscape mode) games allow your left and right hands to hold your phone in peace as the camera pops up out the middle. 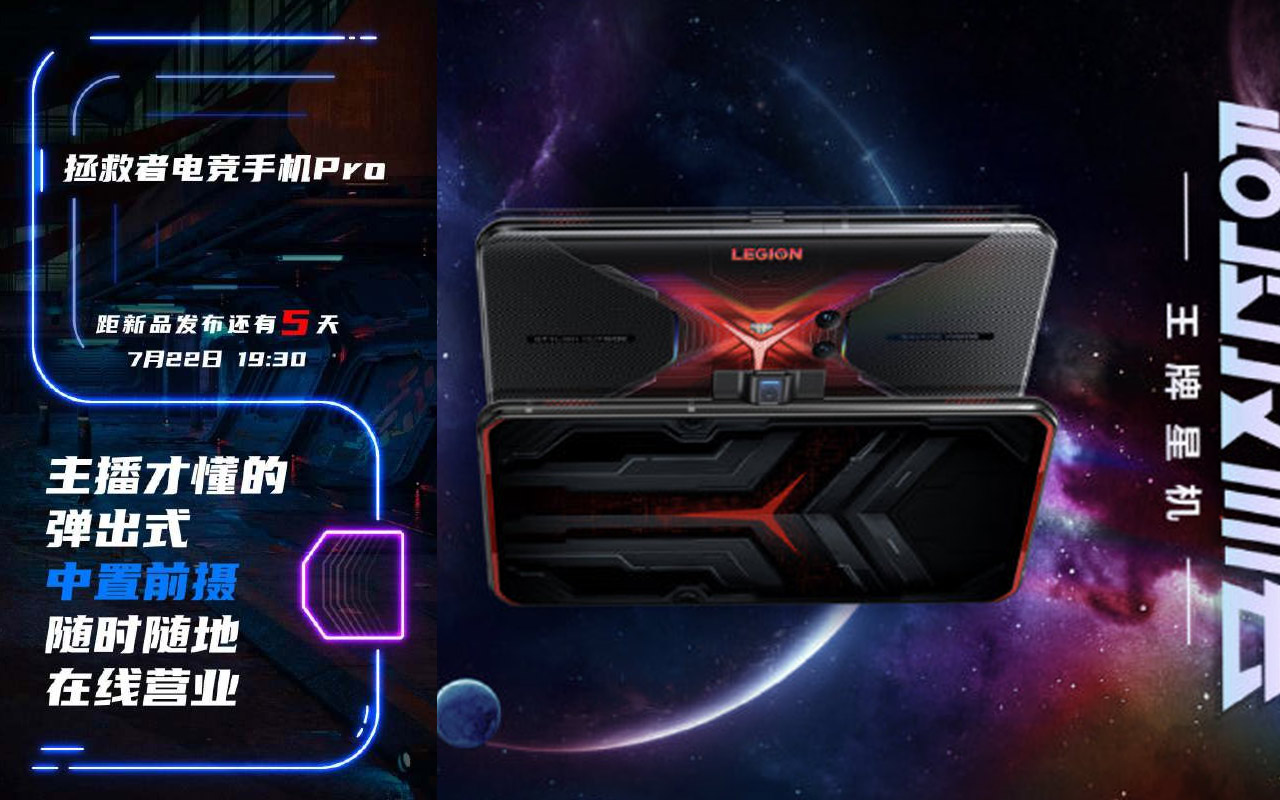 This device also has a 64MP and 12MP camera set on the back and some super bright RGB lighting so you can be absolutely sure you’re working with a visually-loud-as-possible GAMING PHONE. The price on this device is RS 50,000, which converted directly to USD right this minute is around $670 USD

It’s possible, however unlikely that this phone will be released in the United States. For the moment, it’s launching in China with a release date of July 22 2020.