GoPro cameras are great for capturing race-track or extreme sports footage, but Lehmann Aviation wants to take the compact camcorders to the sky with the new autonomous LA100 UAV drones. Designed for those who want to capture bird-level footage but don’t have time to learn how to fly a glider or other aircraft, the LA100 is fully automatic and follows a preset flight-plan at 80-100m height, coming straight back after its finished the loop.

Along the way it’s gathering footage from the GoPro, which can be mounted either on the top of the drone for forward-facing shots, or underneath for a view of the ground as it whizzes past. The LA100 can in face support two cameras simultaneously, despite weighing in at 850g. 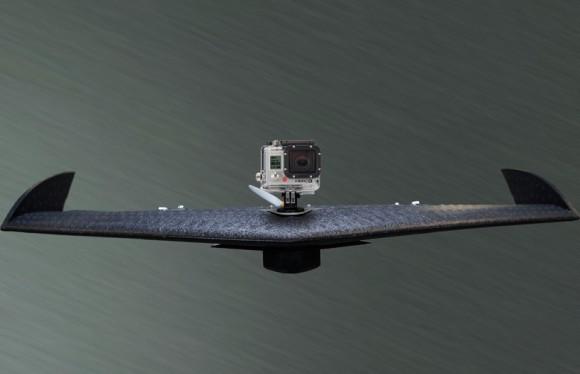 The predominantly carbon fiber and foam wing is 92cm across, and it can fly in conditions of -25 degrees centigrade to 60 degrees centigrade, and even if there’s a strong prevailing wind. Maximum flight time is five minutes, with a range of up to half a kilometer, and it’s launched by simply tossing it forward into the air.

Lehmann Aviation is asking €990 ($1,338) for the LA100 UAV – though that doesn’t include a GoPro camera – which is a whole lot less than the company’s more professional drones. More detail in the video below.