There’ve been more different sorts of LEGO sets over the past several decades than I’m sure LEGO would like to admit. Lots of great success has been had, but not every concept is a winner. The latest is LEGO Super Mario – and it’s a winner. In the LEGO Super Mario Master Your Adventure set revealed this week, the winning combination of elements is made plain.

Much like the Minecraft LEGO cross-brand, the Super Mario Master Your Adventure LEGO set suggests that you can “build & customize your own levels”. As if you needed to be told, right? Here LEGO and Nintendo make good on their years of built-up brand recognition for not only the do-whatever LEGO experience, but the successful “Super Mario Maker” game series.

The full title of this set is the “LEGO Super Mario Master Your Adventure Maker Set.” You’re given a set of pieces that encourage you to expand in all directions and make a “level” the likes of which the Mario character can complete.

Incidentally, the LEGO Mario character is not included – you’ll get everything else you see on the box. LEGO and Nintendo decided that they’d rather market the Mario LEGO character set separate so you can buy all sorts of combos at your leisure.

Without such a situation, you’ll get the whole “Too Many Emmets” issue (or complete lack of issue) as we’ve demonstrated back with our massive LEGO Bucket Wheel Excavator Review, complete with TOO MANY EMMETS! 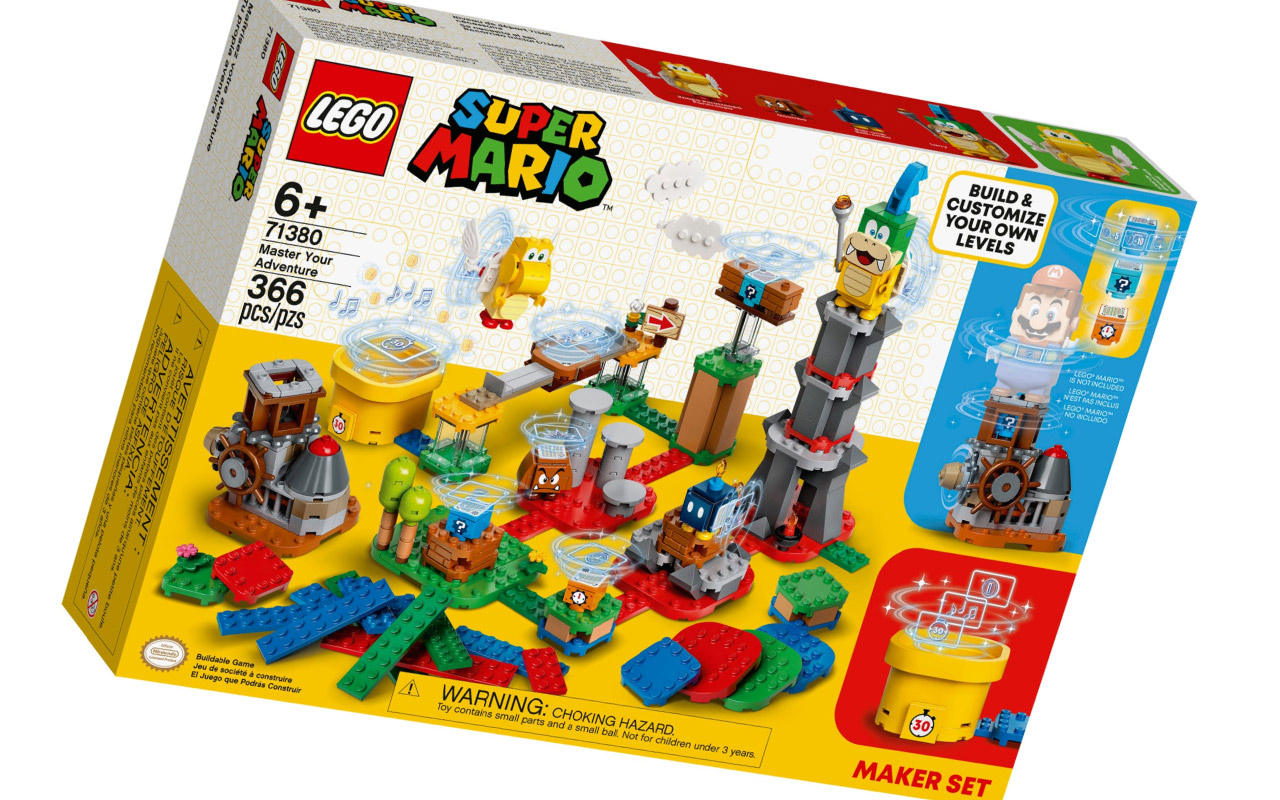 The LEGO Super Mario Master Your Adventure Maker Set is recommended for ages 6 and up. It can be found with item number 71380 and includes 366 individual LEGO pieces. With the purchase of this set, LEGO will deliver 390 VIP points if you are, indeed, part of their VIP program. This set was made available for a price of approximately $60 USD wherever fine LEGO sets are sold.