Physics students at Lancaster University did a study which revealed a bit of a shock about standard, commercially available LEGO bricks. The material with which LEGO bricks are made* as well as the method with which LEGO bricks connect made for a perfect test element for thermal conductivity. They created structures made of LEGO and tested their abilities to isolate elements from extreme cold. Not only could they insulate, they provide solid support without any 3rd-party adhesive – they’re their own connectors!

Because of the LEGO brick’s interlocking geometry clamping power, no other material is needed to hold a LEGO structure together. No glue is needed – bricks hold themselves together tightly. Because LEGO bricks are constructed with extreme precision, it is simple to create a structure in a test environment, then re-create that structure with new bricks.

This solution focuses on the shape, rather than the material. The material is ABS plastic, a material that’s far cheaper than alternatives generally used in thermal experiments today. Because ABS plastic is a widely-used base material in 3D printing today, it can be attained cheaply. 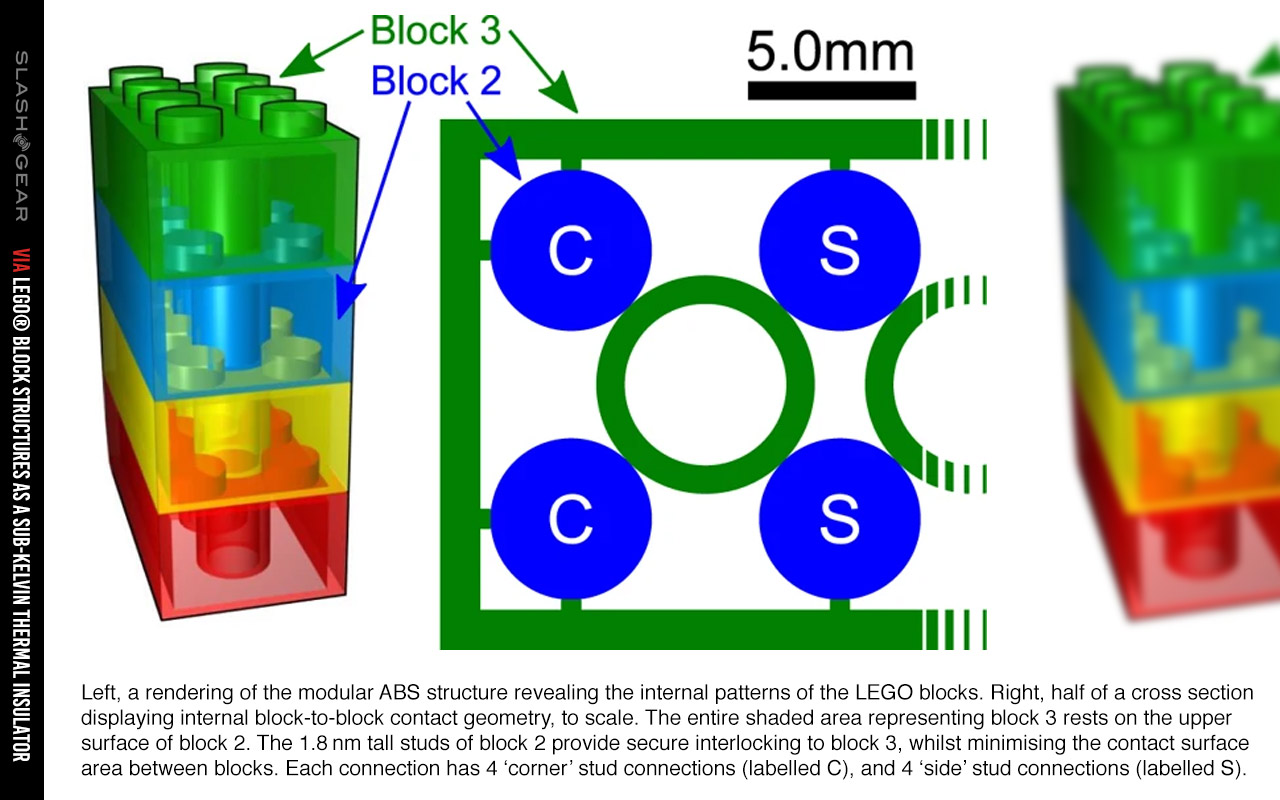 While the study focused on the standard LEGO brick, the researchers are hopeful that this is just the beginning. Future structural changes to the basic brick could potentially be made to expand upon the thermal insulation power of the original, even better than the LEGO brick today.

The standard structure of the LEGO brick is not protected by patent law, as the last original “underlying” patents for the brick expired in the year 1978. Because of this, so long as no LEGO branding elements are included, any person can create the standard connecting “studs and tubes” system brick without attaining specialized permission.