It takes a special classic car to overshadow the modern exotica of the LA Auto Show, but Jaguar has done just that with the first newly-manufactured XKSS in nearly six decades. The “New Original” XKSS is the first example of an ambitious – some might say crazy – project by Jaguar Classic, the division of the automaker dedicated to preserving and supporting the heritage models in the marque’s lengthy back-catalog. Just a handful will be produced, each by hand, in the UK.

The XKSS occupies a special place in Jaguar heritage. Effectively a race car for the road, the vehicle earned its existence after numerous Le Mans wins by the D-type over a two year period in the mid-50s. Recognizing a potential sales opportunity, and having exited the competition at the end of the 1956 season, Jaguar converted a number of its remaining cars into road-going specification. 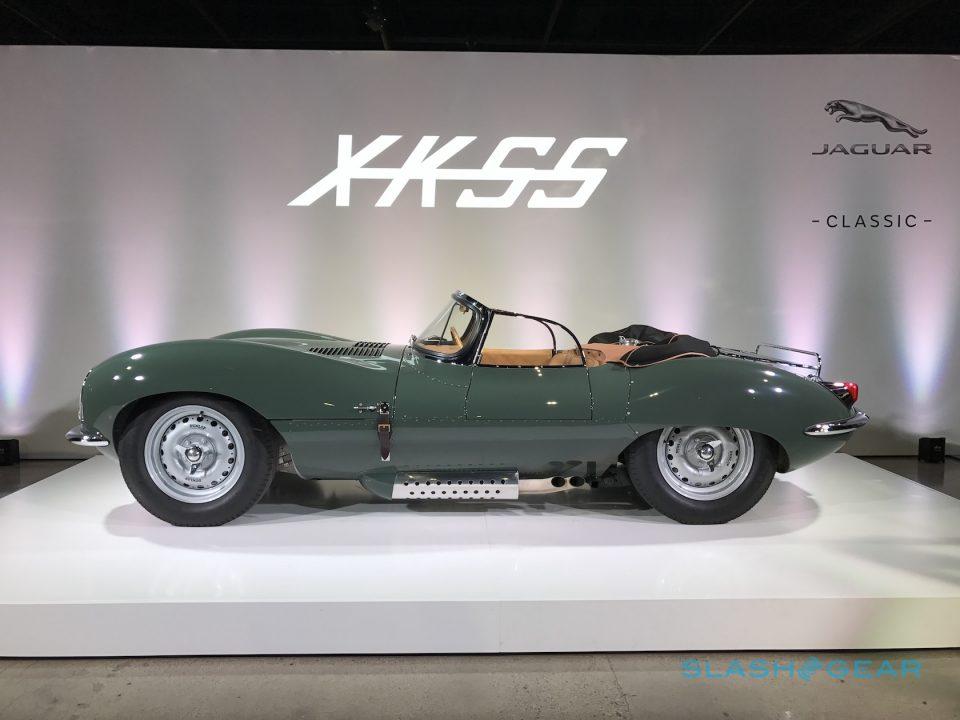 Although that demanded some changes, they were still relatively minor. Jaguar added a passenger door and modified the cabin to remove the divider between driver and passenger; the distinctive fin behind the driver’s head on the D-type was removed, and replaced with a simple fabric roof. Chromed bumpers and a windshield were added, along with door side-screens.

The roaring, spitting XK6 engine and its 4-speed manual gearbox remained, however, as did the distinctive engine note. Buyers weren’t in short supply, particularly in America, and the XKSS is notorious as being Steve McQueen’s favorite car in a not-inconsiderable collection. 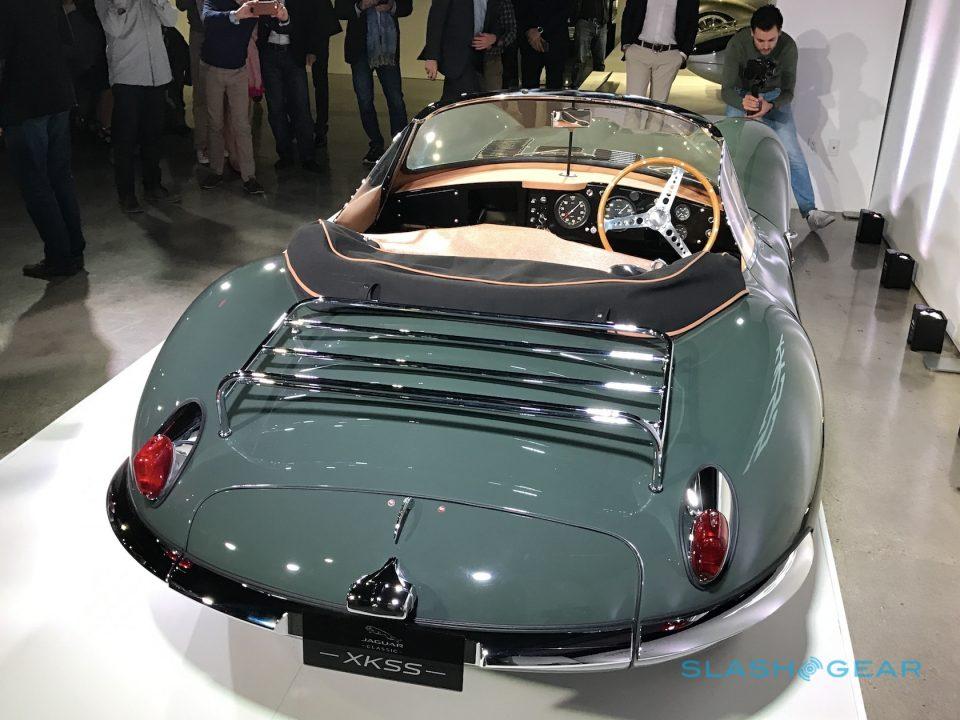 Jaguar intended to build more, a further nine intended for the US market, but fate conspired against the car. A fire in 1957 destroyed all of those cars at the Browns Lane factory in the British Midlands, including the tools and fabrication equipment required to produce the XKSS. Unable to resume, Jaguar was left with just sixteen cars in existence.

Fast forward to earlier this year, and Jaguar Classic had good news for well-heeled XKSS fans. The company would resume production, a “continuation” of the XKSS line with period chassis numbers from the original run’s log, using traditional techniques to craft cars as close to the original as is physically possible. This week, at an event in the Petersen Museum in Los Angeles – and in just the next room from McQueen’s own XKSS – the very first example of that handiwork was revealed. 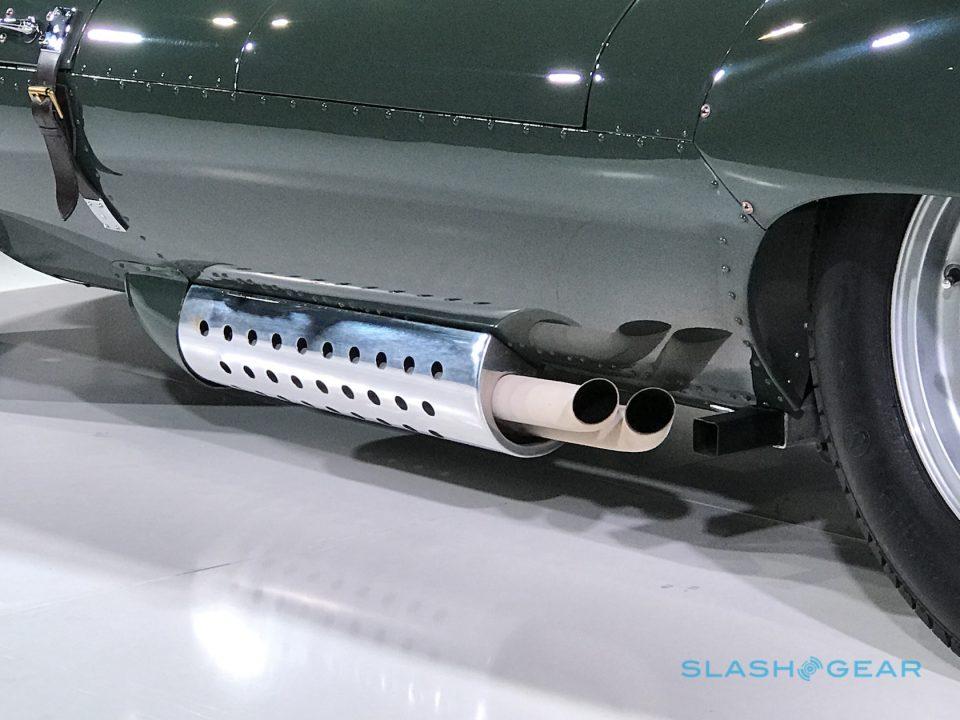 To describe the “New Original” XKSS as a labor of love is something of an understatement. The Jaguar Classic team began by finding four existing cars in the wild – two in strong condition, two others less so – and 3D scanning them so that a digital version could be created. That was compared with the existing records in the Jaguar library, which went into excruciating detail down to things like the number of rivets and the exact position of weld points.

In all, it took eighteen months for Jaguar Classic to figure out how to resurrect old production technologies for the new car. That’s included completely recreating a styling buck on which the magnesium alloy body is made by hand, taking into account the idiosyncrasies present in the surviving cars. The limitations of hand production meant that the oval front grille is not symmetrical, for instance. 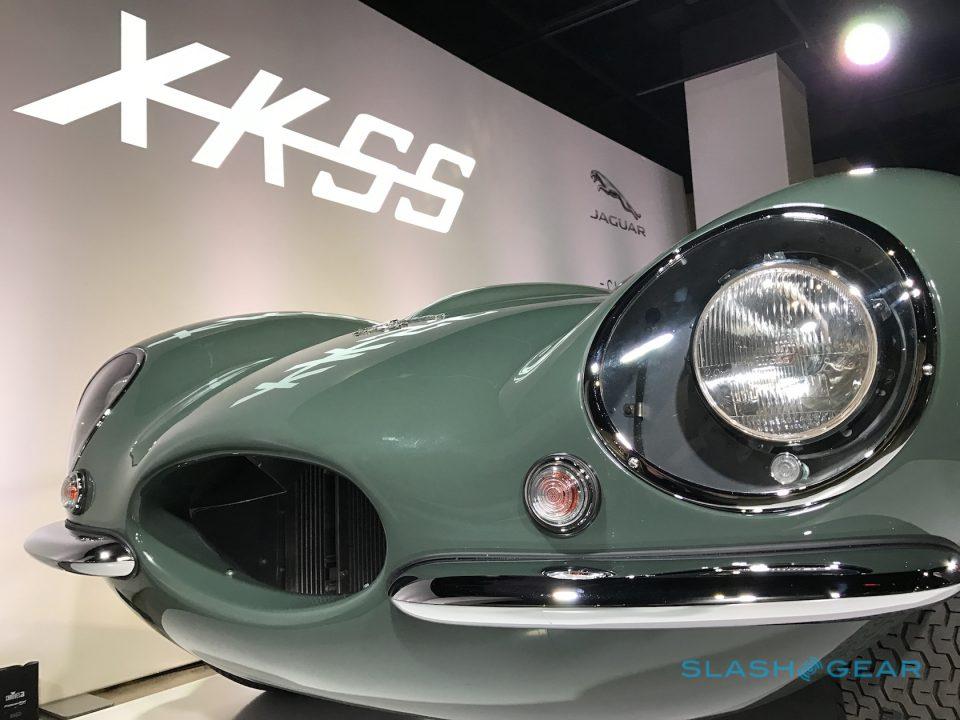 Meanwhile, Jaguar Classic co-opted frame maker Reynolds – which supplied the 531 tubing that the original XKSS used – to create brand new, bespoke components. Bronze welded, just as per the original cars, they make up the double A-frame at the front as well as other components around the monocoque. In a push for authenticity, the tubing was created using imperial measurements rather than metric; in a useful side-effect, it means that any existing XKSS owners now have a potential source of replacement parts should the worst come to their car. 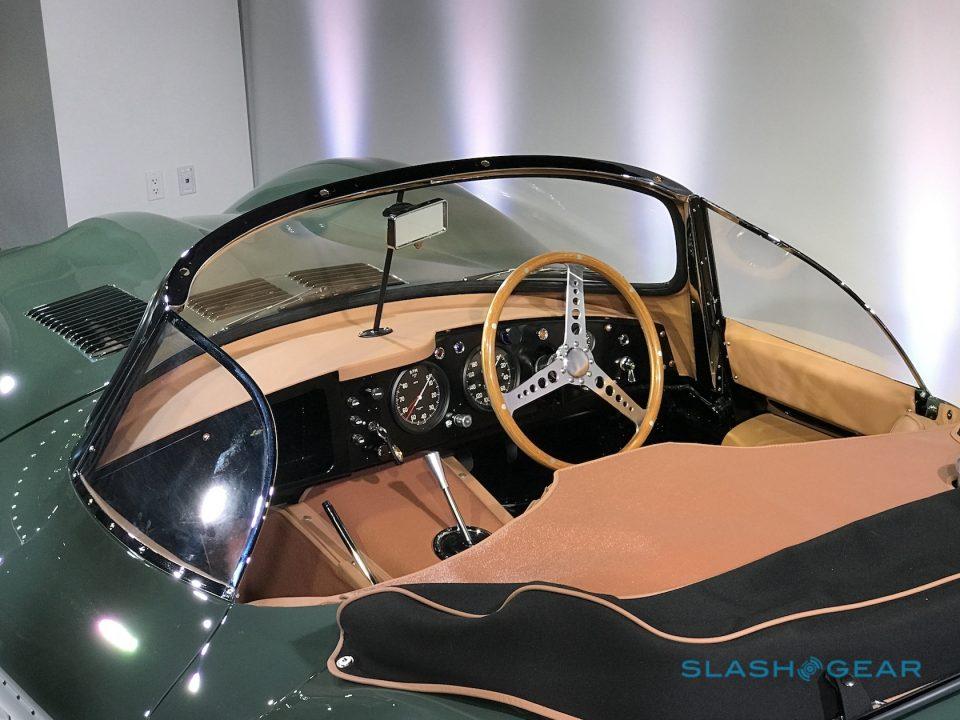 In the cabin, the Smiths gages have been recreated, along with the brass knobs of the controls. The wooden steering wheel matches the original XKSS, as does the grain of the seat leather. The result is deceptively simple: it’s hard, looking at the car, to wrap your head around the fact that this is a 21st century vehicle.

Though you could excuse Jaguar for addressing some of the XKSS’ more infamous foibles, like its recalcitrant gear shift, the team has made the bare minimum of accommodations to modern driving. That includes a more robust fuel system, for instance, in consideration of the gasoline that will be used. Still, there’s no airbag, no ABS brakes, and no clever traction control as you’d find on an F-TYPE from the automaker’s current line-up. 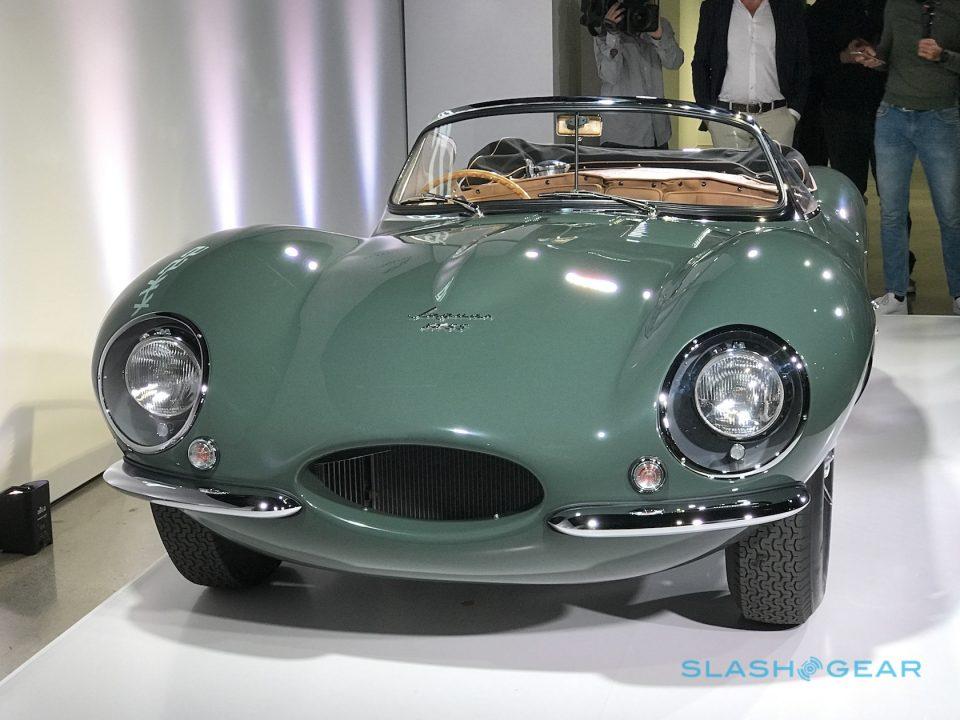 Now that the first “New Original” XKSS has been completed, it’ll be the template for the remaining nine cars Jaguar Classic intends to produce. Each will take approximately 10,000 man hours to manufacture, again to exacting 1957 standards, with deliveries expected to begin next year. Unfortunately, if you were hoping to add one to your garage, you’ll likely be disappointed: Jaguar has already sold every one, for a price “in excess” of a million pounds apiece. 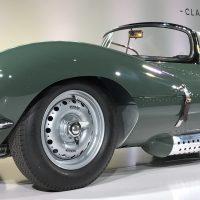 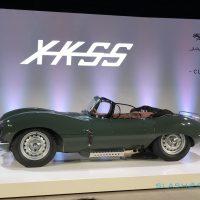 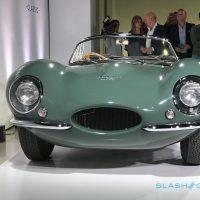 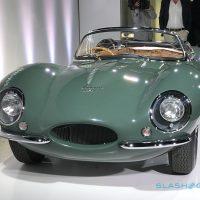 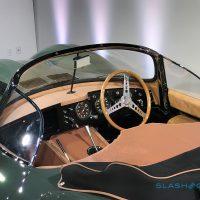 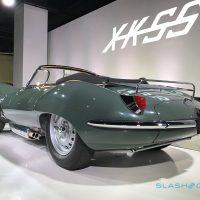 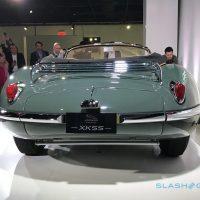 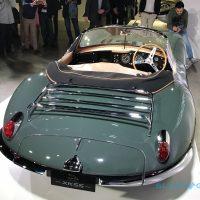 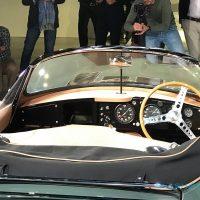 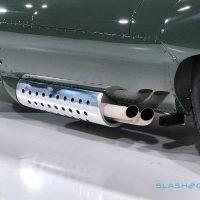 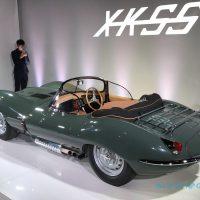 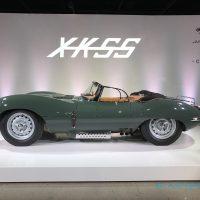 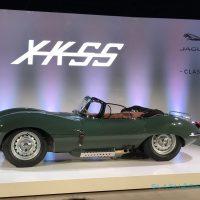 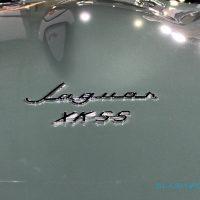 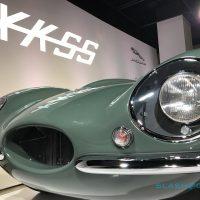 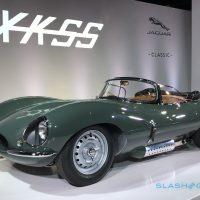 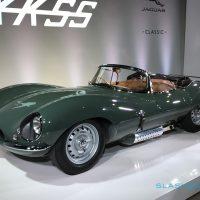 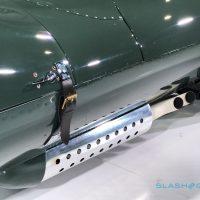 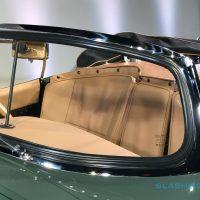 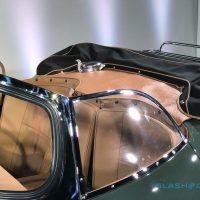