Leap Motion’s AR headset looks insane, but could be miraculous

This week we’re having a peek at what Leap Motion is bringing to the table for augmented reality. We’ve seen them create some unbelievable pieces of technology before – especially when it comes to motion tracking and control. Now it would appear as thought they’re jumping into the augmented reality universe face-first.

Leap Motion has a headset that “strikes a balance between performance and form-factor.” Or so they suggest. This headset reaches what Leap Motion says is the “highest possible technical specifications” stepped-down to that balance point. In other words, they’ve created a product people will be able to use, not unlike most other consumer products in the world today.

To make this headset, the team at Leap Motion used a couple of 5.5-inch smartphones. They placed these smartphones on either side of the wearer’s face, and reflected their images inward. With this setup, they got something like a bug-eye headset – that’s kinda what you’re seeing above – but do no worry! They didn’t stop there. 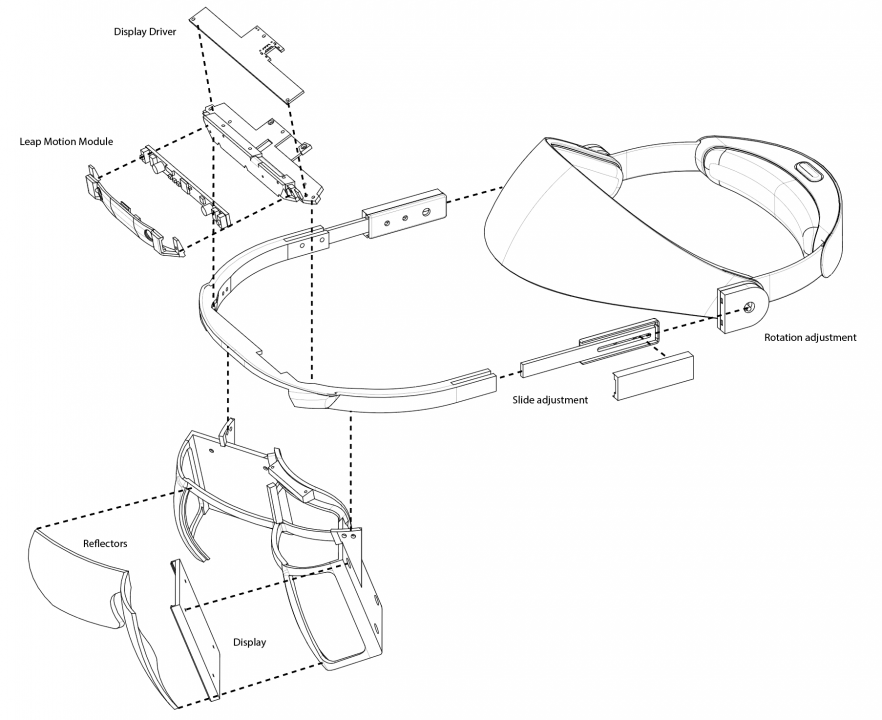 They iterated and they iterated. And they iterated some more. Eventually they found that they’d need to create their own LED display system. To that point, they settled on a system architecture with an Analogix display driver and two “fast-switching” BOE Displays-made 3.5-inch LCDs.

They’ve created a headset that, as they describe it, puts every other headset (VR, AR, etc) to shame. Two 120 fps, 1600×1440 displays with 100+ degrees of viewing space and 150 fps hand tracking over a 180 x 180-degree FOV. “Putting this headset on, the resolution, latency, and field of view limitations of today’s systems melt away.”

So where can you buy this miracle of modern technology? You can’t. At the moment Leap Motion call this Project North Star and they’re using it as a jumping off point. They’re using this project to suggest that we’re all focusing on the wrong stuff when it comes to AR – not the hardware, but the experience. Now, if only we could… you know… experience what they’ve made.