Last of Us multiplayer looks like TF2 in 200 years

As “The Last of Us” hits shelves, so too does a multiplayer gameplay demonstration take place, this environment known as Factions. What you’ll be doing here is continuing the battle taken up in the original storyline presented in The Last of Us, only this time you’re part of a team that’s in direct combat for supplies – in one mode – with a team that’s controlled by another set of real-life human beings.

The first mode revealed this week for The Last of Us’ Factions is Supply Raid. That’s a mode in which users are made to collect supplies – food, weapons, and bits and pieces for crafting – while the enemy fires upon them. This first mode shows two major elements in gameplay: the first being limits.

While Supply Raid is based on a 20-life limit, other modes for the game are based on rounds. Inside Supply Raid you’ll re-spawn back at your start point where you can look for more supplies at will, while “Survivors” mode works with seven rounds of instant death. Once you’re out, you’re out until the next match begins. 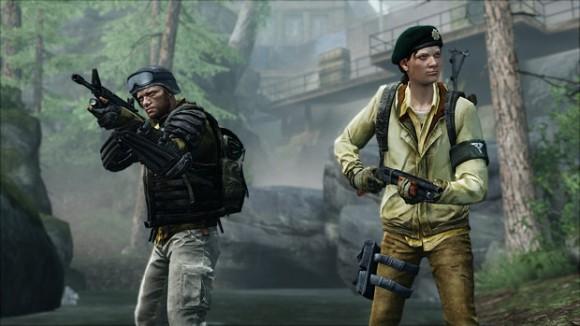 This multiplayer game takes on the mantel of Team Fortress 2, complete with a collection of unique playable character classes and changing weapon load-outs. These characters have customizable clothing as well as updatable gestures, each of these set to be “unlockable” from the start. At the moment it does not appear that the developers at Naughty Dog have set up any online shop for items like Valve has in place.

Four default weapon load-outs have been defined as assault, sniper, support, and stealth, while each character works with four custom slots for customization purposes. Unlike Team Fortress, it appears that this game has a bit more to do with in-game pick-ups and the creation of weapons and other oddities.

The Last of Us is said at this point to be rolling out with at least three DLC (downloadable content) packs after the game’s initial launch. One of these will be a single-player expansion of the game, while two will be add-ons for the multiplayer element. We shall see what they’ve got to offer in time – sooner than that, it’s time to hit the battleground!