At this point, all fans of exotic cars should know that Lamborghini is working on an SUV. That SUV is called the Urus and with the Lambo name, it will be extreme. The Urus has a turbo V8 under the hood and while the Raging Bull isn’t interested in lap records, it’s interested in testing the Urus on the famed Nürburgring.

Some spy shots have turned up that show the Urus out lapping the track putting that turbo V8 to work. Just about every automaker with a vehicle that is sporty wants to test it on the famed Green Hell. The Urus is festooned with swirly graphics to hide its true style and design in these spy shots.

We can see that the front has an aggressive look to it and the driver is pushing the car hard with the rear wheel nearly off the ground in some of those shots. The list of knowns about the Urus includes that it will use a 4.0L turbo V8 making around 650hp. The Urus will be the first Lamborghini to use a turbo engine.

A plug-in hybrid version of the Urus will come later. The turbo v8 sends that power to the ground through a Lambo dual-clutch gearbox and the SUV is AWD. There is a lap record at the Nürburgring of 7 minutes and 59 seconds, held currently by the Alfa Romeo Stelvio.

Porsche has eyes on that record with the hot Cayenne Turbo S E-Hybrid packing 671hp. The Urus is expected to go on sale late in 2018 for around $200,000. Production will start in early 2018. 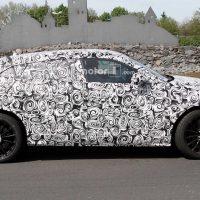 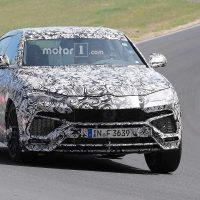 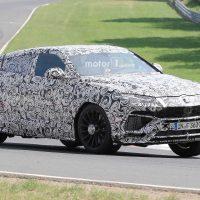 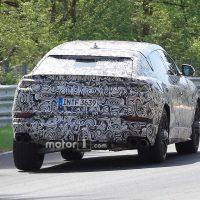