Blasphemy. That’s what some would call it: the so-called purists, asked to consider an electric super sports car with the Lamborghini badge. And yet, at a time when EVs are drag-racing gas powered exotica and winning, and when “eco” absolutely need not be a synonym for “dull,” perhaps it’s time for a more open mind. Meet the Lamborghini Terzo Millennio, the Lamborghini for the third millennium.

Two years ago, Automobili Lamborghini inked a deal with two labs at the Massachusetts Institute of Technology (MIT). If a thoroughly modern supercar sporting the raging bull was to be electrified, so the justification went, then it would need to be a thoroughly modern sort of electrification. 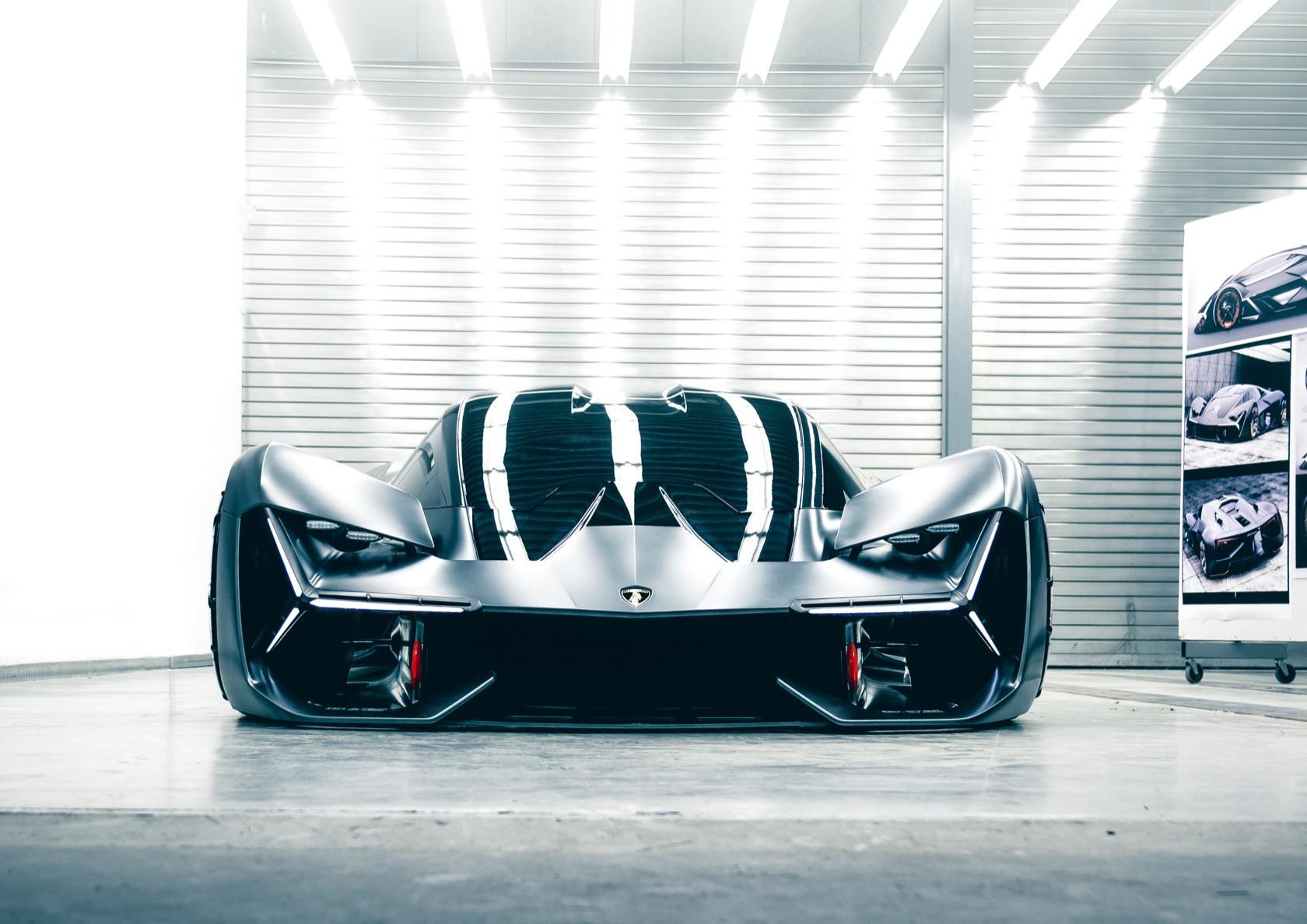 The Italians came up with a five part to-do list: energy storage systems, innovative materials, propulsion, visionary design, and emotion. All five would need to be addressed if the resulting car was to get close to the green light of production. Lamborghini isn’t averse to change – its upcoming SUV is evidence enough of that – just as long as that change is in the name of something good. 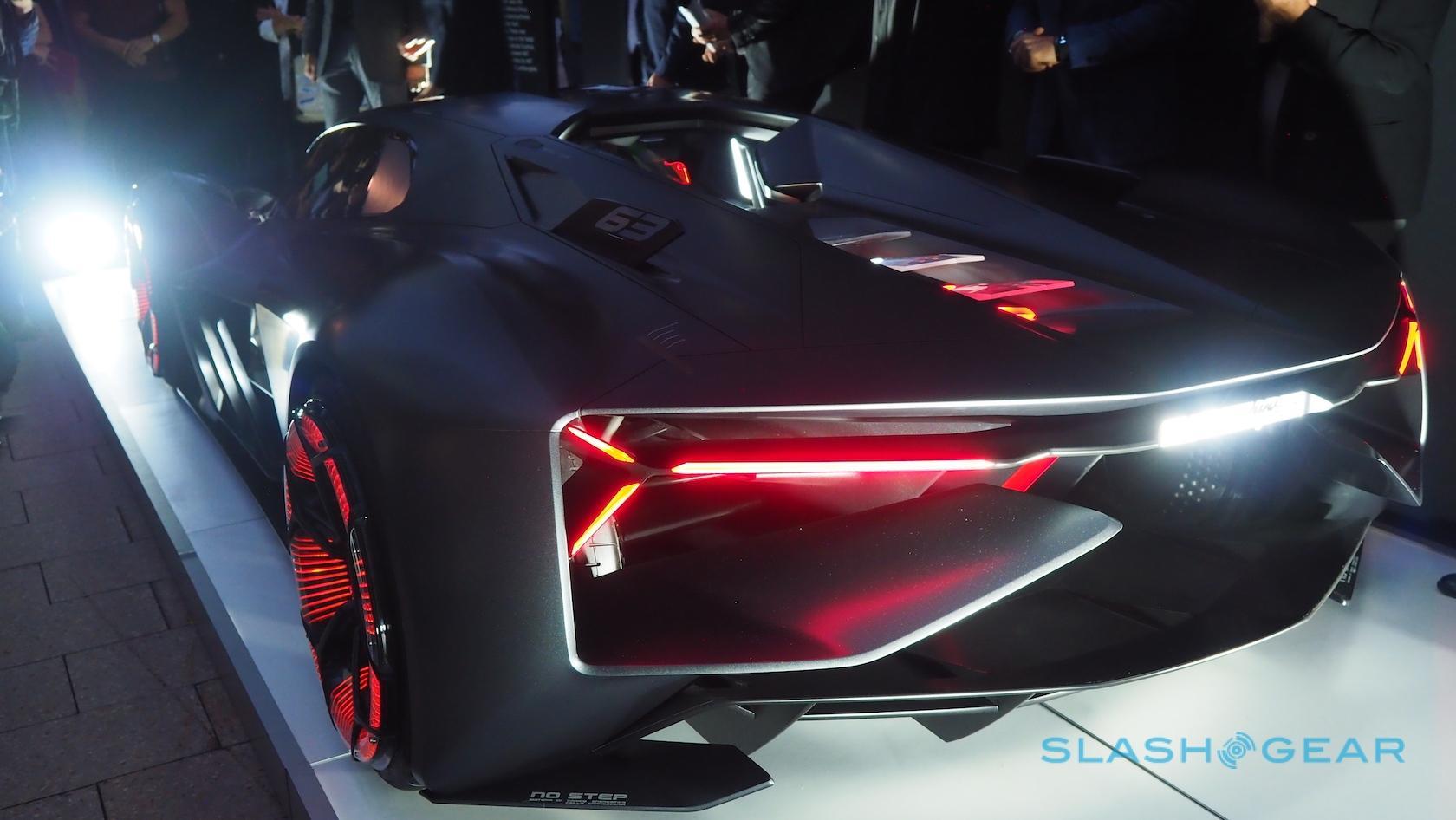 So, it enlisted the help of two labs at MIT, the Dinca Research lab and the Mechanosynthesis Group, to tackle the first two items on its list. Bankrolled “substantially” by Lamborghini, the three year goal is future technology with sufficient practicality to make production feasible. “At this moment, Lamborghini is a small company,” Reggiani points out, “we are focused on products. There is going to be – I don’t know when – a dramatic change in the super sport car field. We have identified two areas where that change can be more radical.” 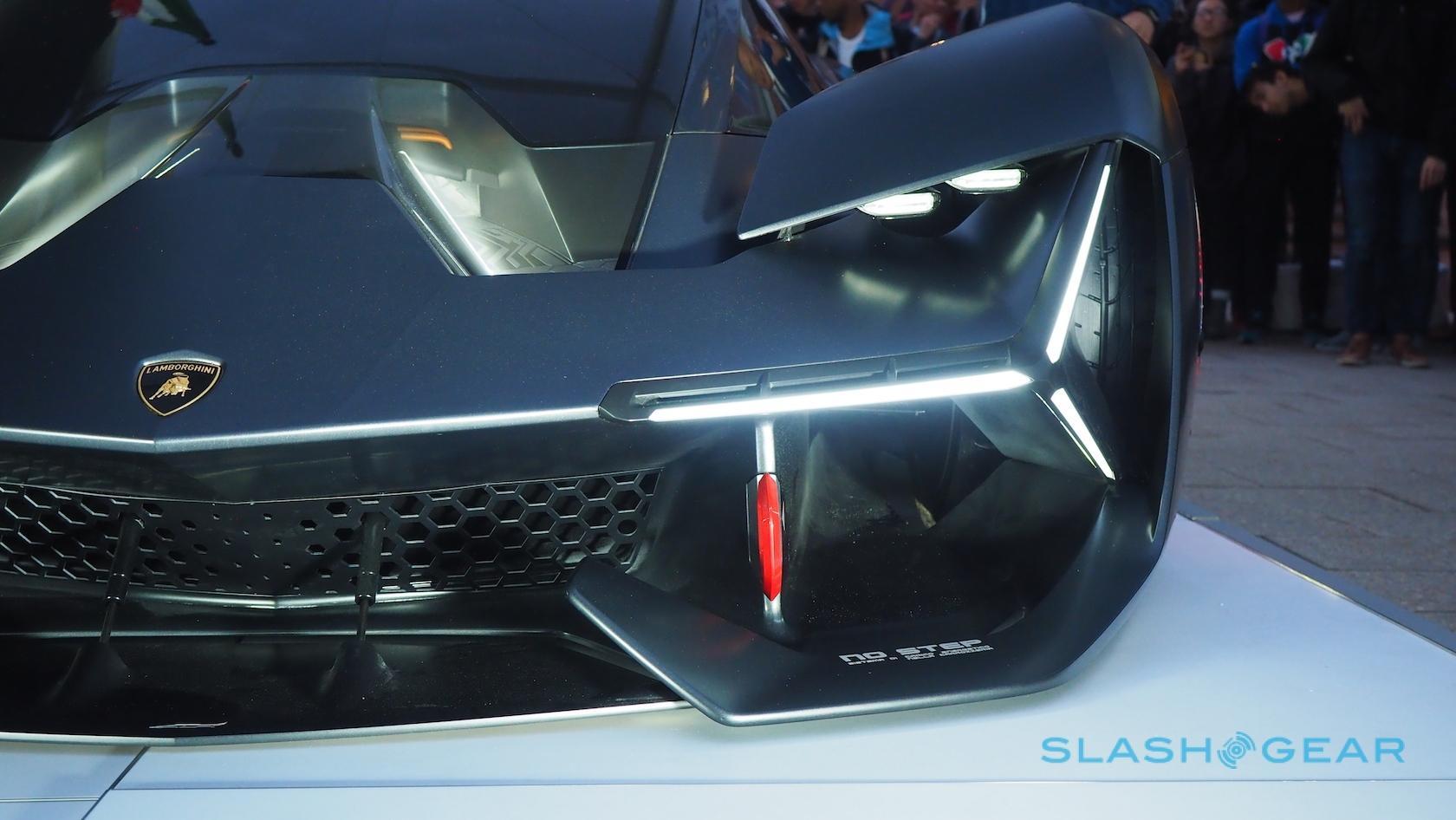 The results, embodied by this new Terzo Millennio concept, are astonishing. First, energy storage. Traditional electric cars rely on fairly standard batteries, not dissimilar to what you’d find in a laptop only in much greater numbers. Energy density has already become a headache for automakers like Tesla, trying to fit more and more power into the same space. Lamborghini and its MIT friends took a different route. 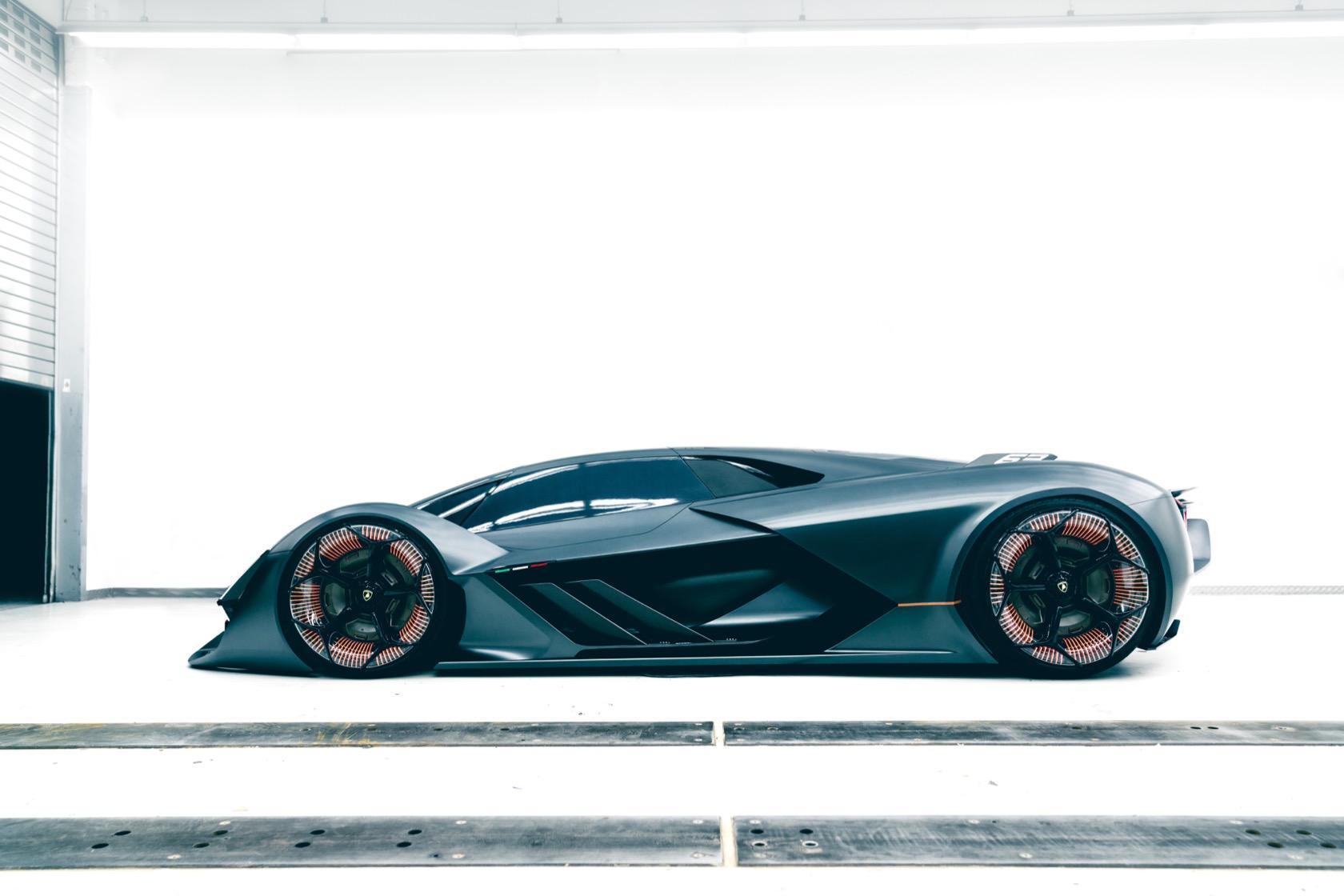 They turned instead to supercapacitors. Like a battery, they’re designed to store and then release power; however, supercapacitors have longer cycle lives, charge more quickly, and discharge more rapidly than batteries. That swiftness has made them tempting targets for electric car companies, particularly those with high performance in mind. 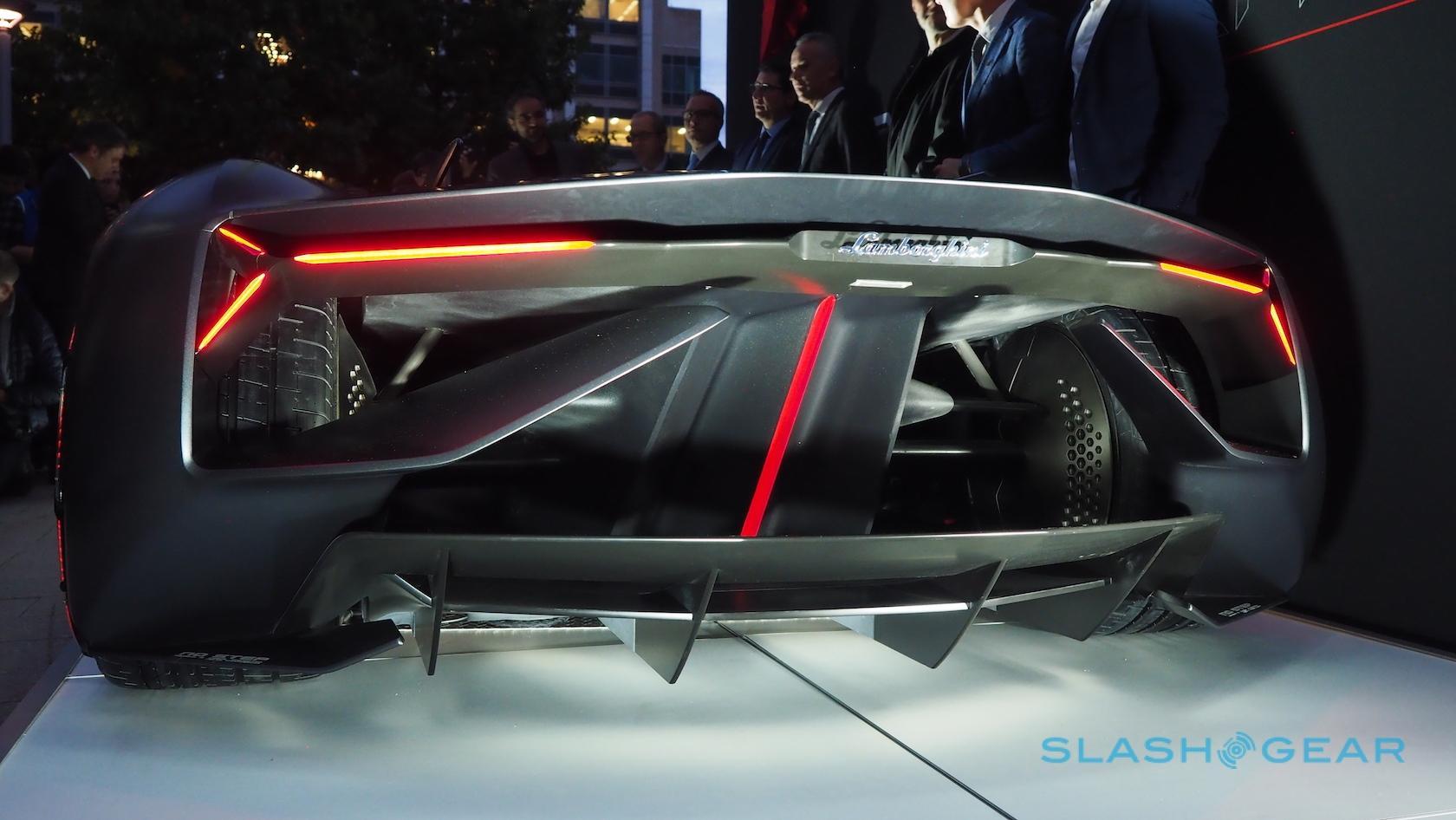 Supercapacitors have, traditionally, had issues however. For a start they offer much less energy storage density than batteries, since the chemical means by which a battery stores its potential energy is more effective on a weight-for-weight basis than the electric field which a supercapacitor relies upon. They’re also usually limited to low voltages. 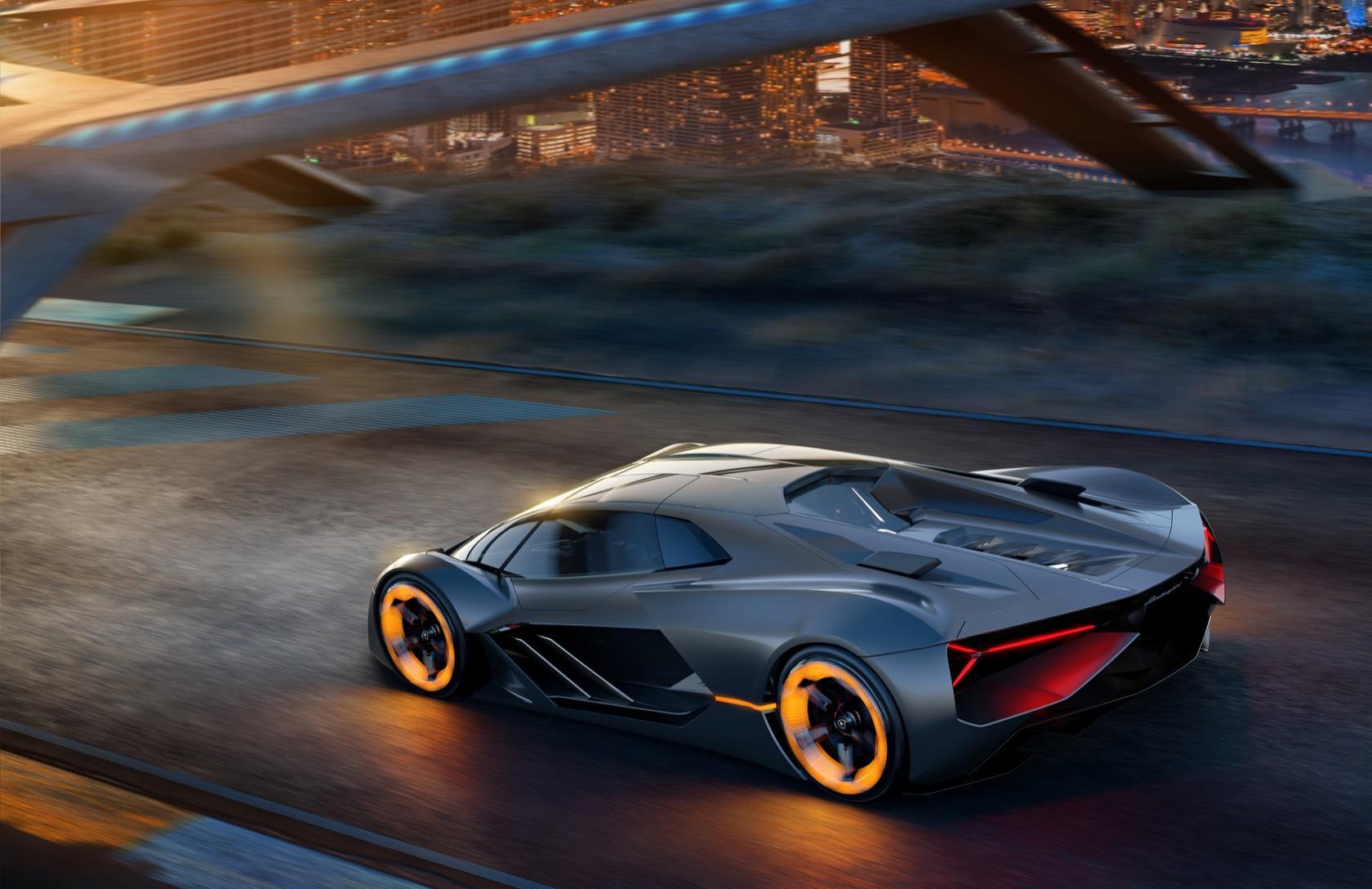 Lamborghini used such low-voltage supercapacitors back in the V12 Aventador, but now it’s looking to a new breed for its future vehicle. With the Dinca Research Lab, led by Professor Mircea Dinca, the goal is an energy storage system that can both deliver high peak power and regenerate kinetic energy, but do so while symmetrically releasing and harvesting electric power. 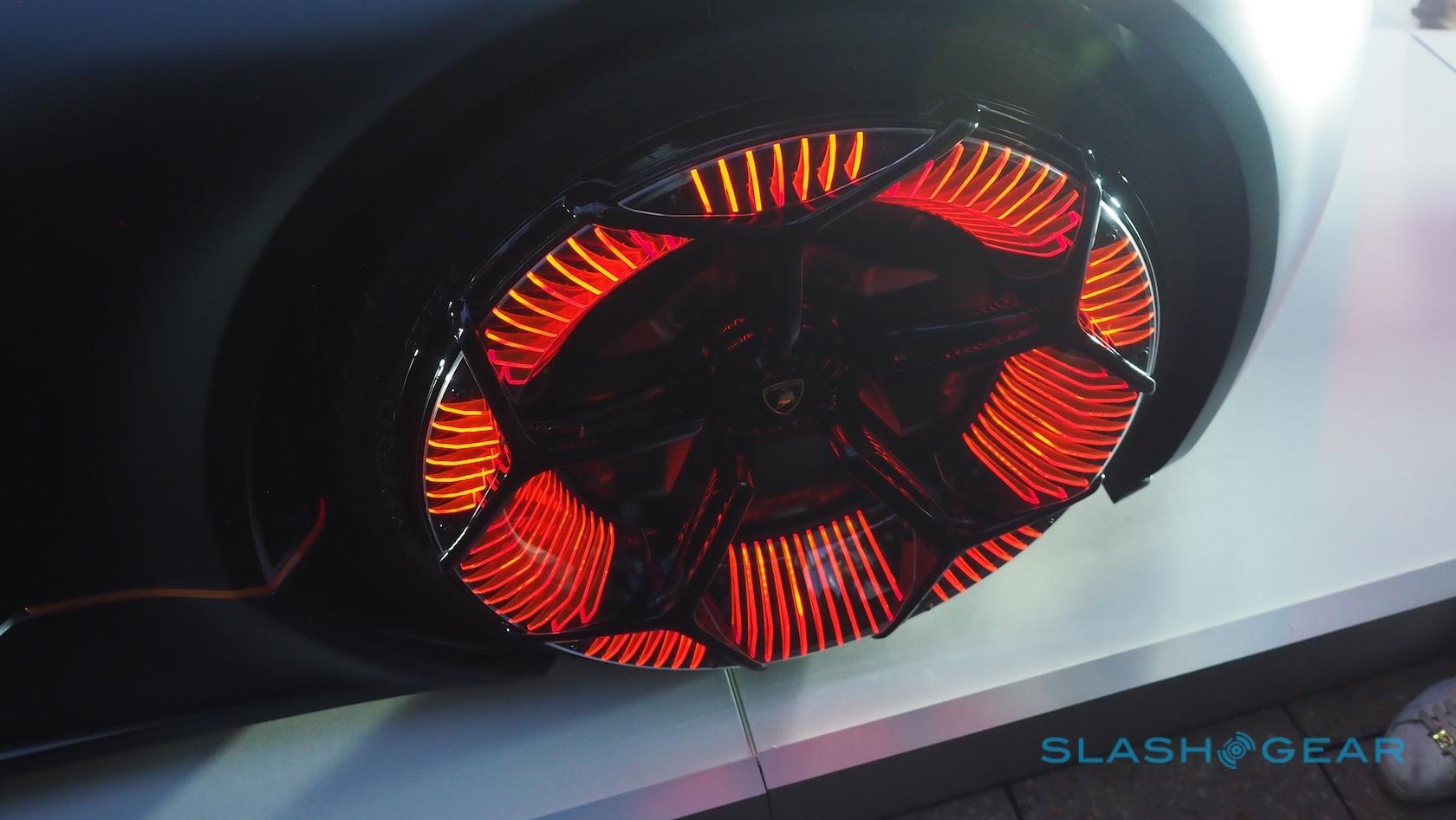 “You can have good performance but then you have a problem for how many times you can have that performance,” Reggiano explains. “If you look at our customer, if they’re on the track, if they’re enjoying the car they don’t want to stop to charge the battery.” 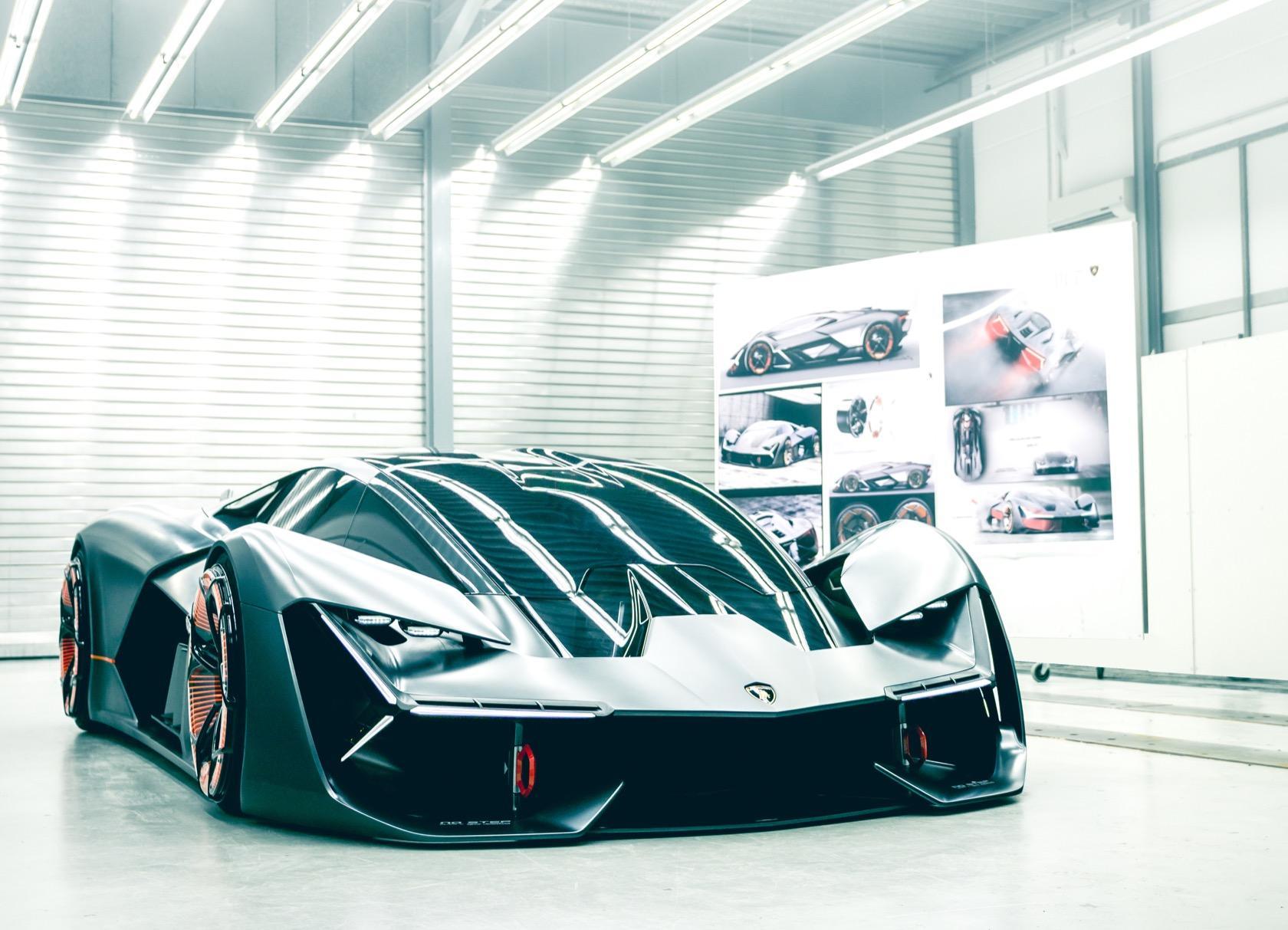 For it to be worthwhile, though, it can’t lose the very advantages that supercapacitors boast today, particularly their long lifecycle. It’ll also need to improve on the energy density potential, which is where the parallel work in innovative materials comes in.

Existing Lamborghini models already use carbon fiber, for its low weight, high structural rigidity, and its flexibility in constructing unusual shapes. The new Hurucan Performante, for instance, makes significant use of so-called forged composites, where chopped carbon fibers are embedded in a matrix of resins. The resulting substance can be molded in far more flexible ways than regular carbon fiber might. 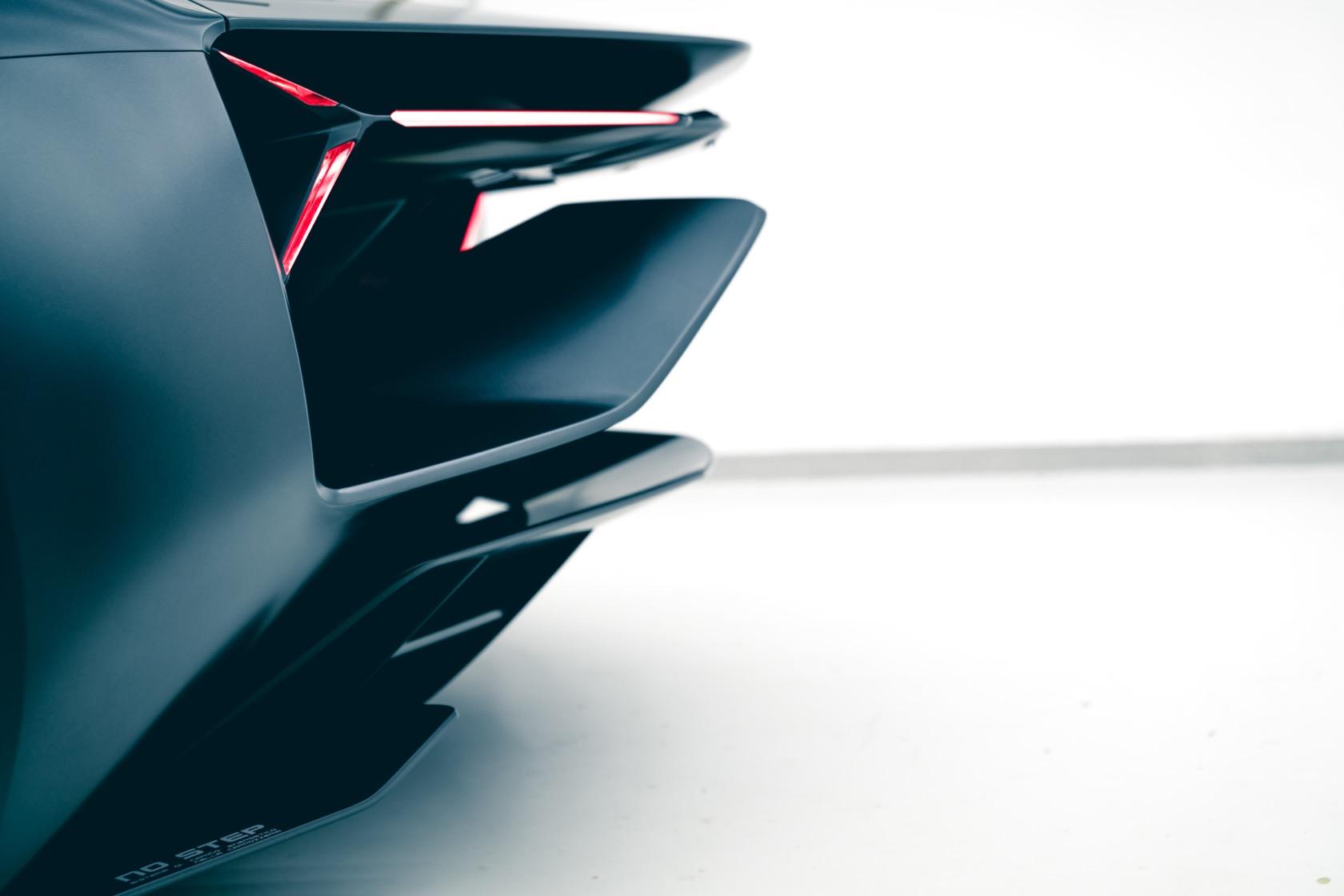 That’s where Prof. Anastasios John Hart of the Department of Mechanical Engineering, and the Mechanosynthesis Group, come in. They’re working on ways to manufacture the bodyshell of the Terzo Millennio, so that not only is it structural but it can at as an accumulator for energy storage. Indeed, the complete body of the car can be used as a storage system. 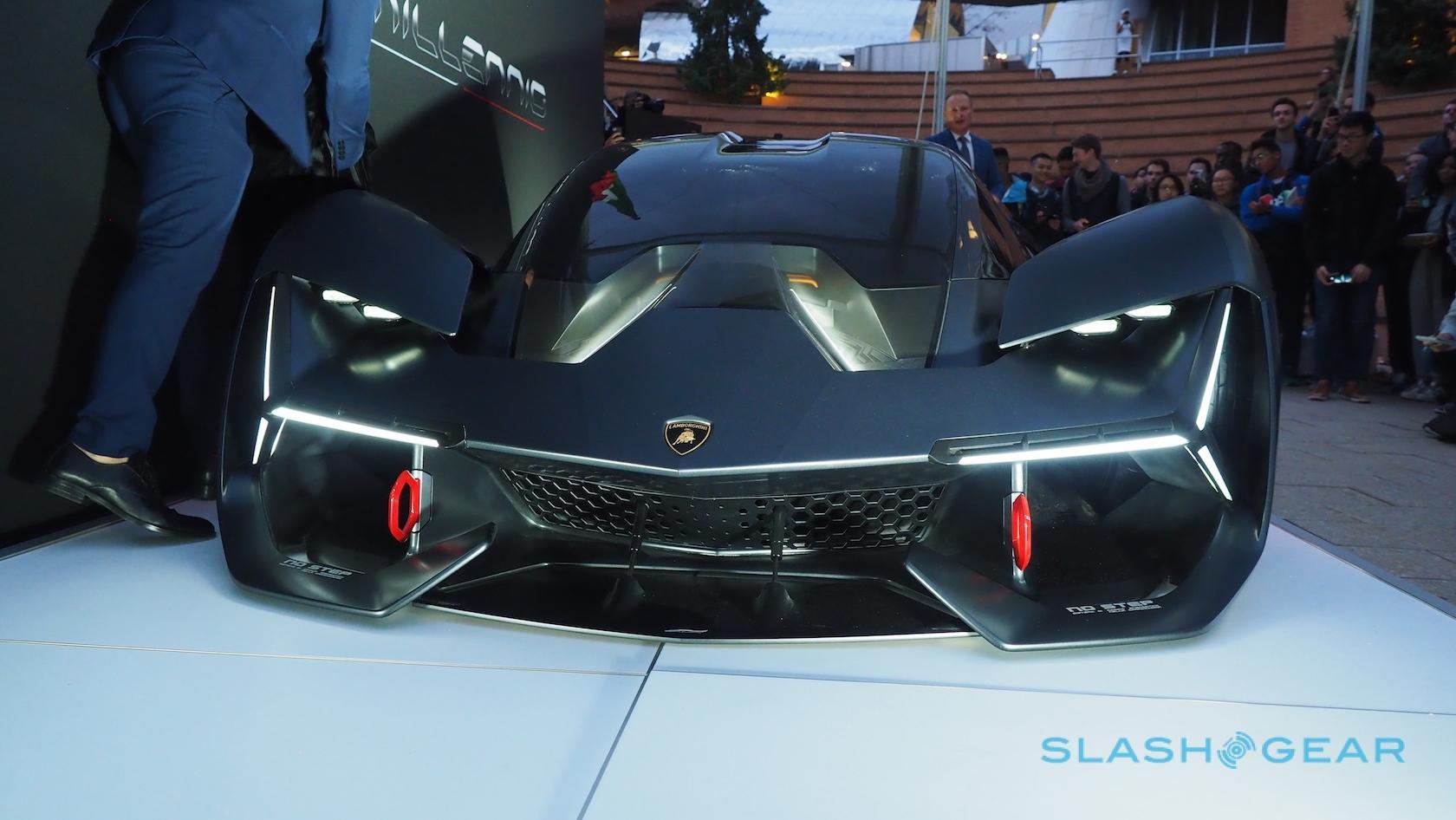 Right now, much of this is still theoretical. However, the goal is to use carbon nano-tubes as electrodes, arranging their structure so that they can be used as the anodes and cathodes in a huge, structural battery. In the first year, the team will explore methods by which materials can be impregnated with battery technology; in the second, it’ll look at ways to make a flat panel out of that system. Finally, in year three the focus will be making a 3D version of that flat panel, vital if it’s to double as the frame. 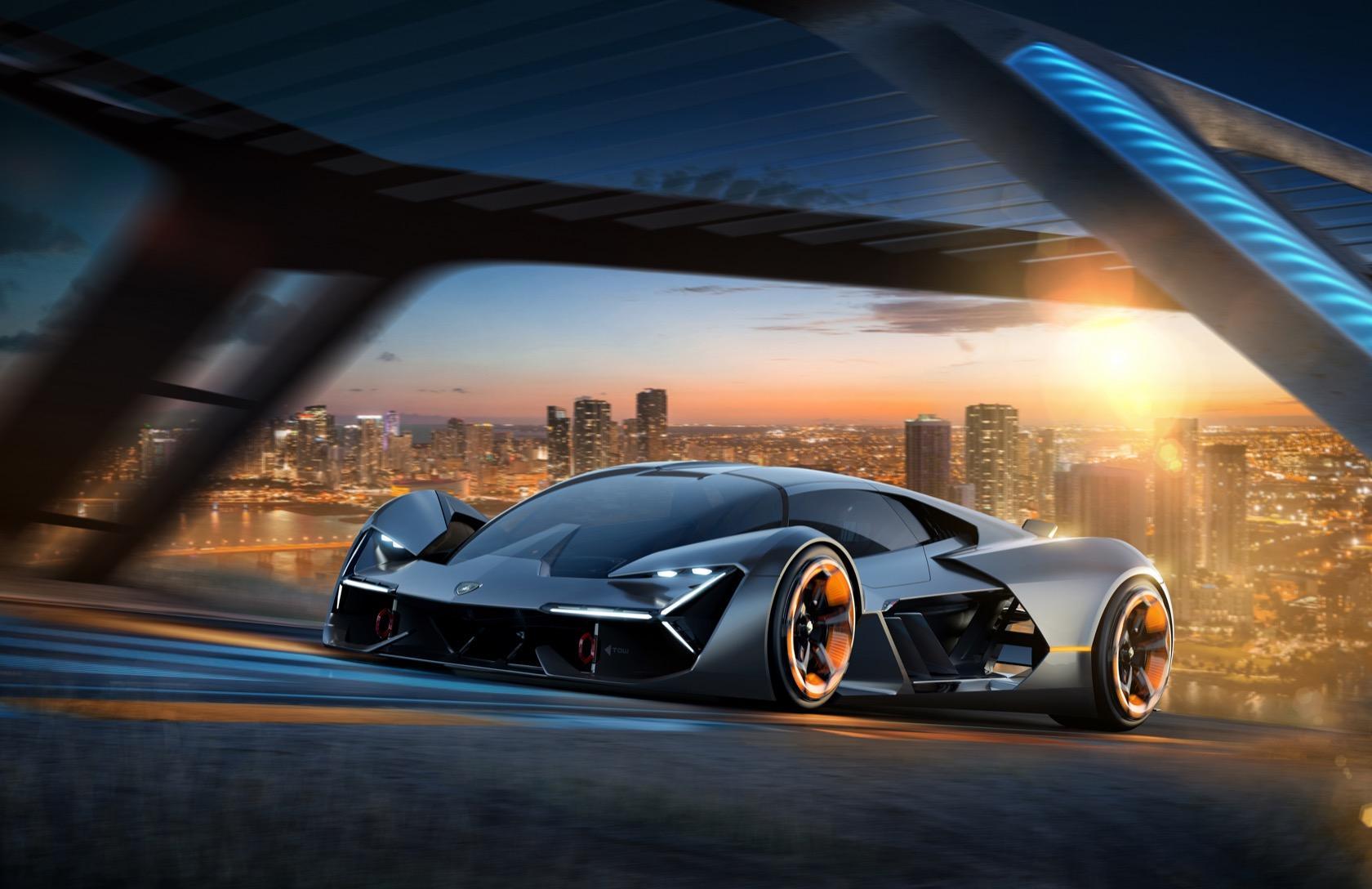 Since that dual purpose will make it all the more important to monitor the condition of the bodyshell – and act quickly should a problem be observed – the researchers want to make the Terzo Millennio self-healing. Micro-channels filled with “healing chemistries” would be able to automatically react to any cracks or damages in the carbon fiber substructure, strengthening the body long before any such weaknesses were visible to the human eye. 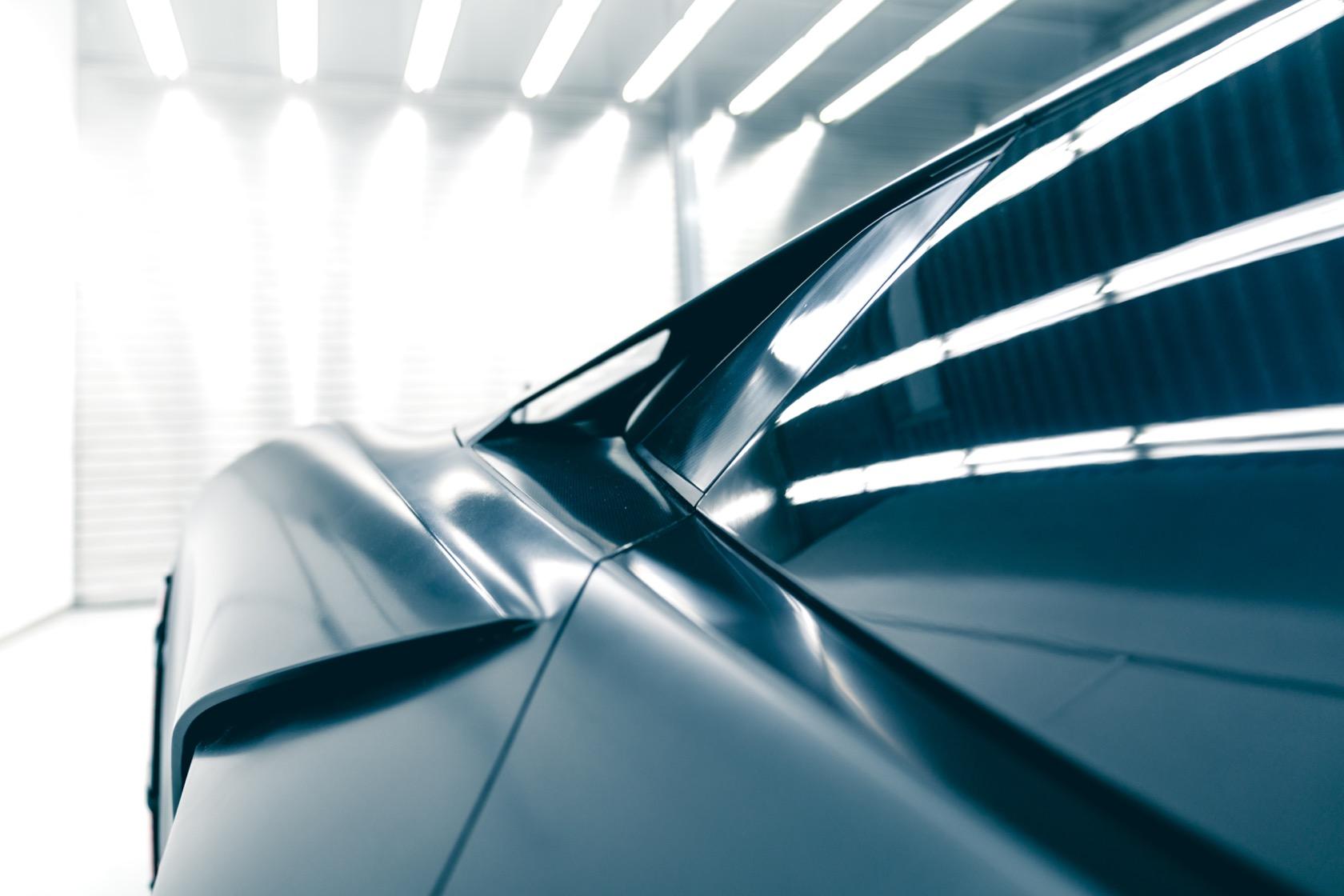 It’s not science for its own sake: there’s a pure underlying reason for it that comes as no surprise for a supercar firm. By making the carbon fiber self-monitoring and self-healing, more parts can be constructed from it. That means an overall cut in weight, which allows for increased performance. 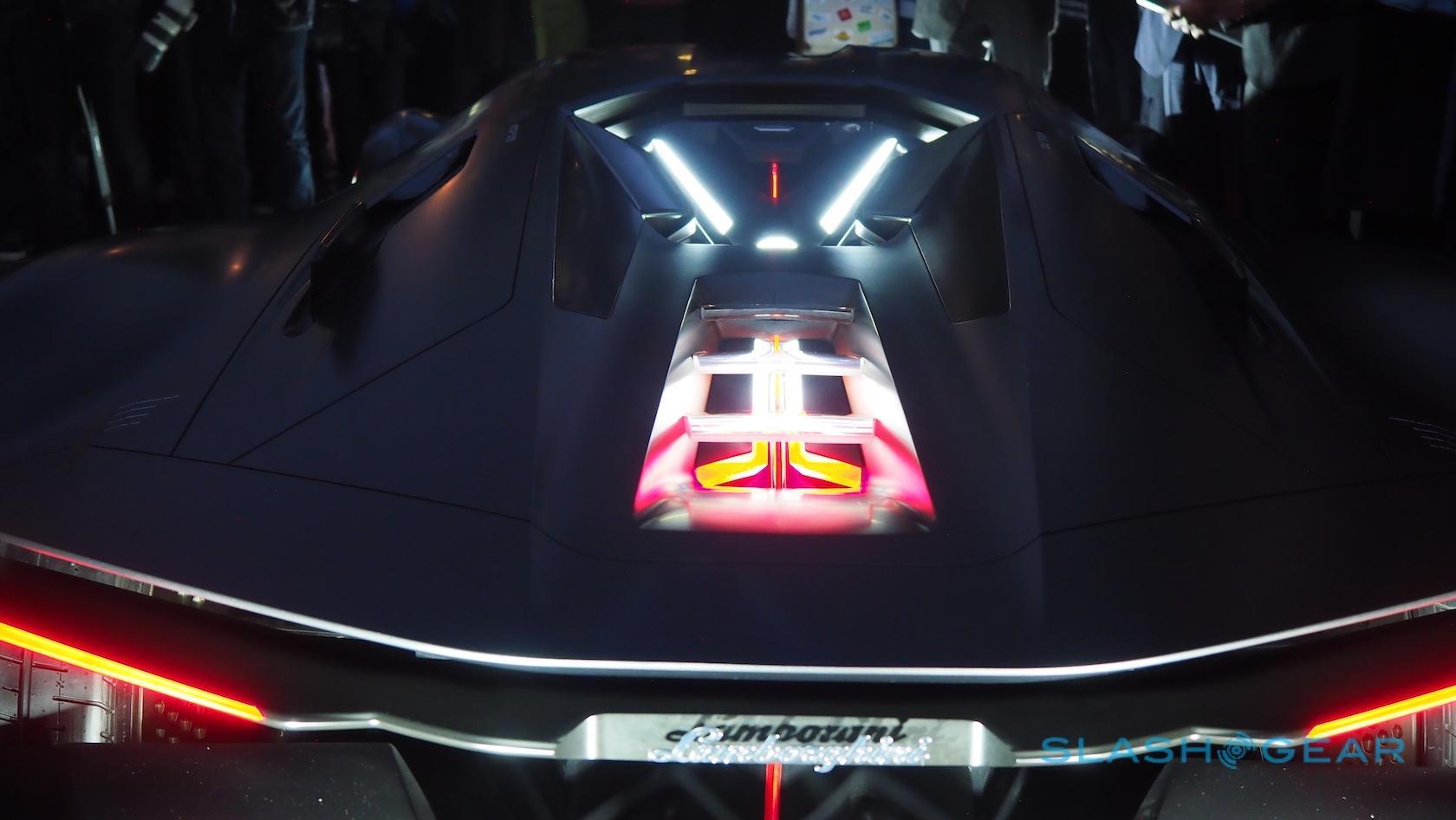 That performance comes from a new propulsion system, with Lamborghini embedding an electric motor in each of the Terzo Millennio’s wheels. As you’d expect, each can act both as a driving force but also as a regenerative engine, pushing power back into the supercapacitor battery system when braking. It provides the all-wheel drive that modern Lamborghini cars have become known for. 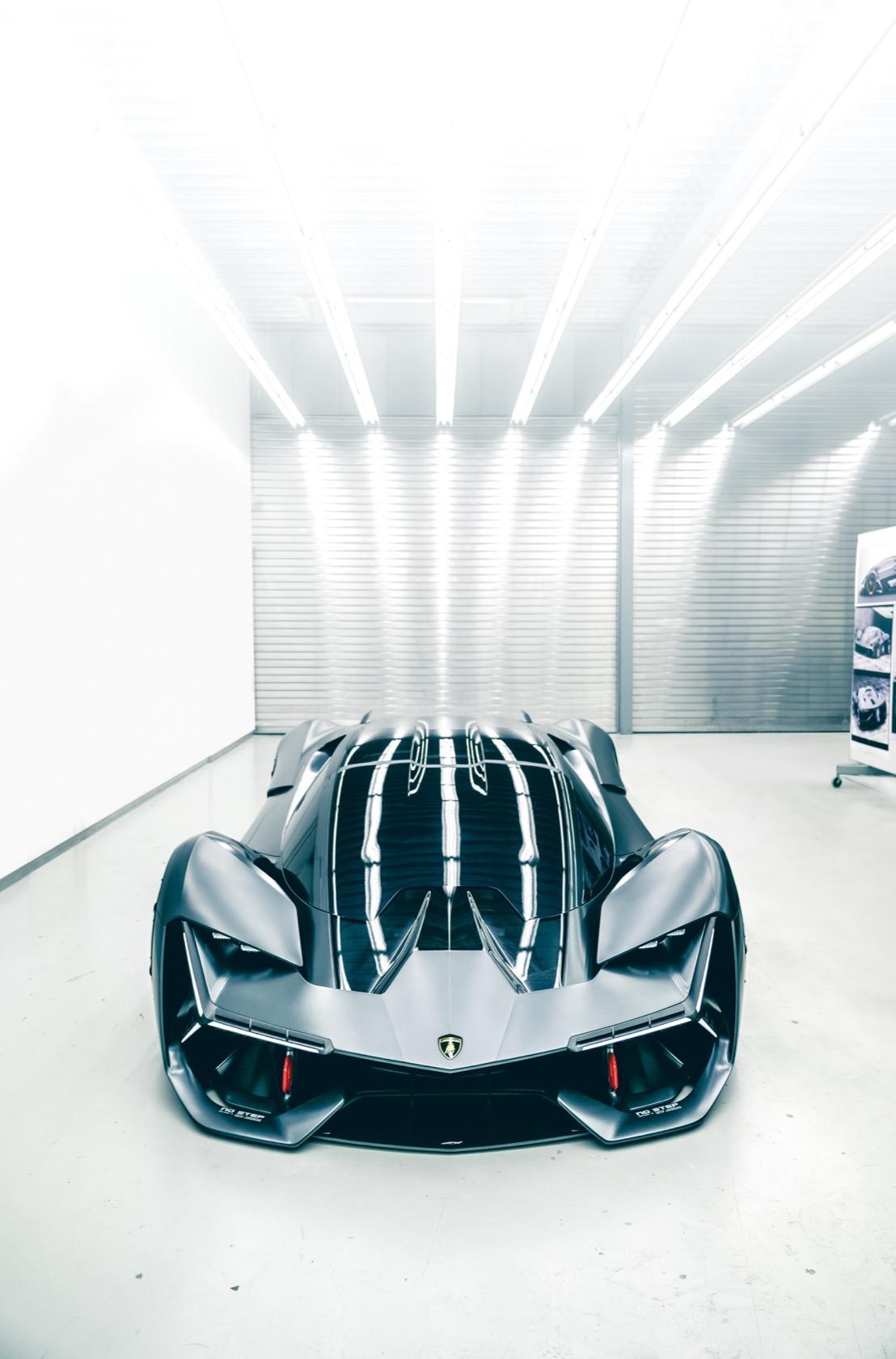 In addition, by pushing the motors into the wheels themselves, there’s greater flexibility for the concept’s overall design. The handiwork of the Lamborghini Centro Stile design studio, the Terzo Millennio made perfect airflow its lodestar. As a result, the forced composite monocoque can be far purer than its counterpart in most other sports cars, since it need only accommodate the two seats and the energy accumulation system.

What that accommodation will look like isn’t being answered today. Lamborghini may have made a 1:1 sculpt of the Terzo Millennio, but it hasn’t come up with the concept’s interior at this stage. What the automaker is clear on, though, is that the current industry trend toward autonomous driving is something that really doesn’t mesh with what Lamborghini owners expect of their cars. 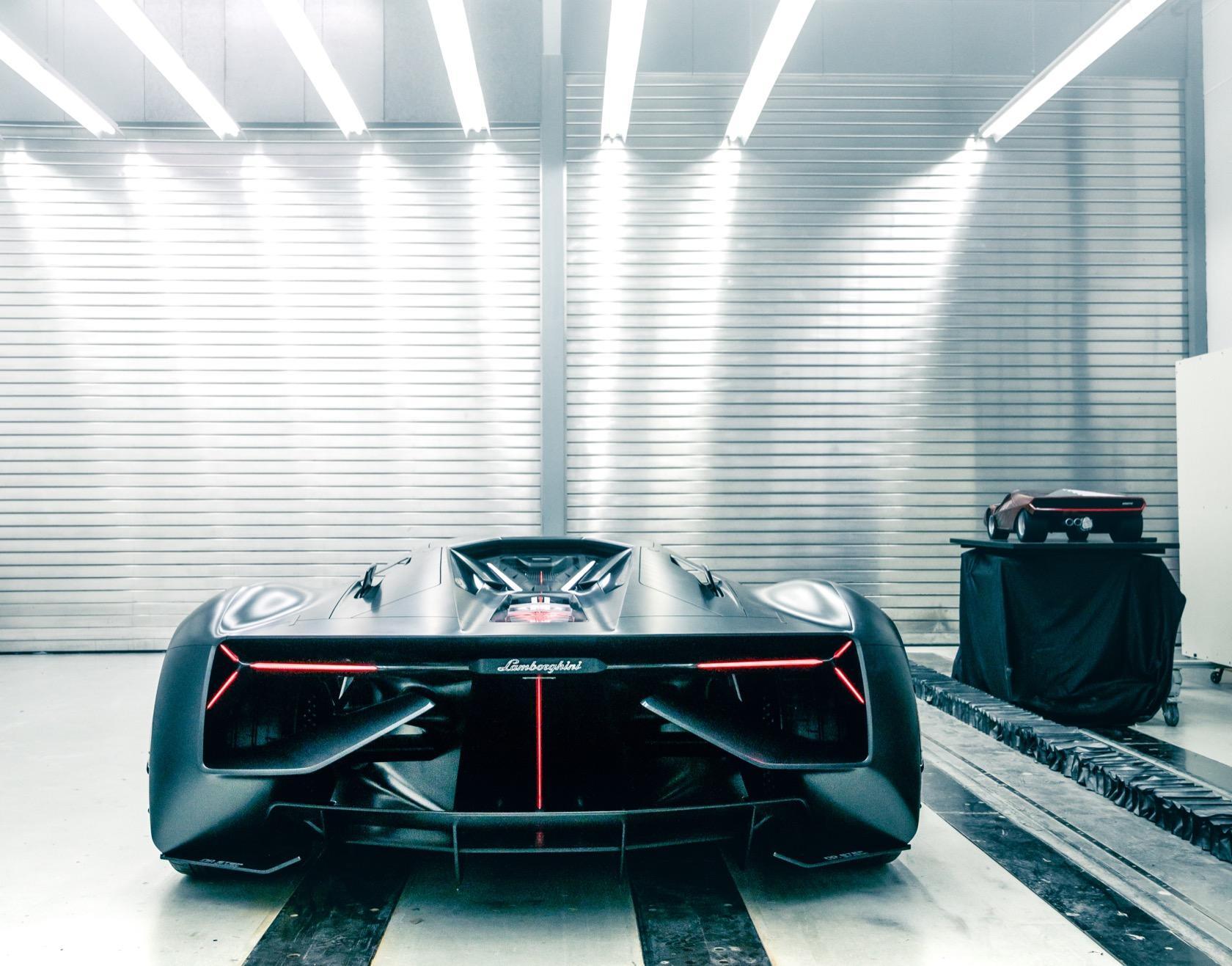 “You normally don’t buy a sports car to have it driven by a computer,” Riccardo Parenti, head of concept development, pointed out. “We think it’s much more strategic to have it … teach the driver, to improve his skill. Rather than get a Level 5 car.”

Instead, Lamborghini is thinking more along the lines of training rather than replacing the person behind the wheel. The so-called Piloted Driving simulation would give a demo lap by a virtual expert, which they could then try their best to emulate. 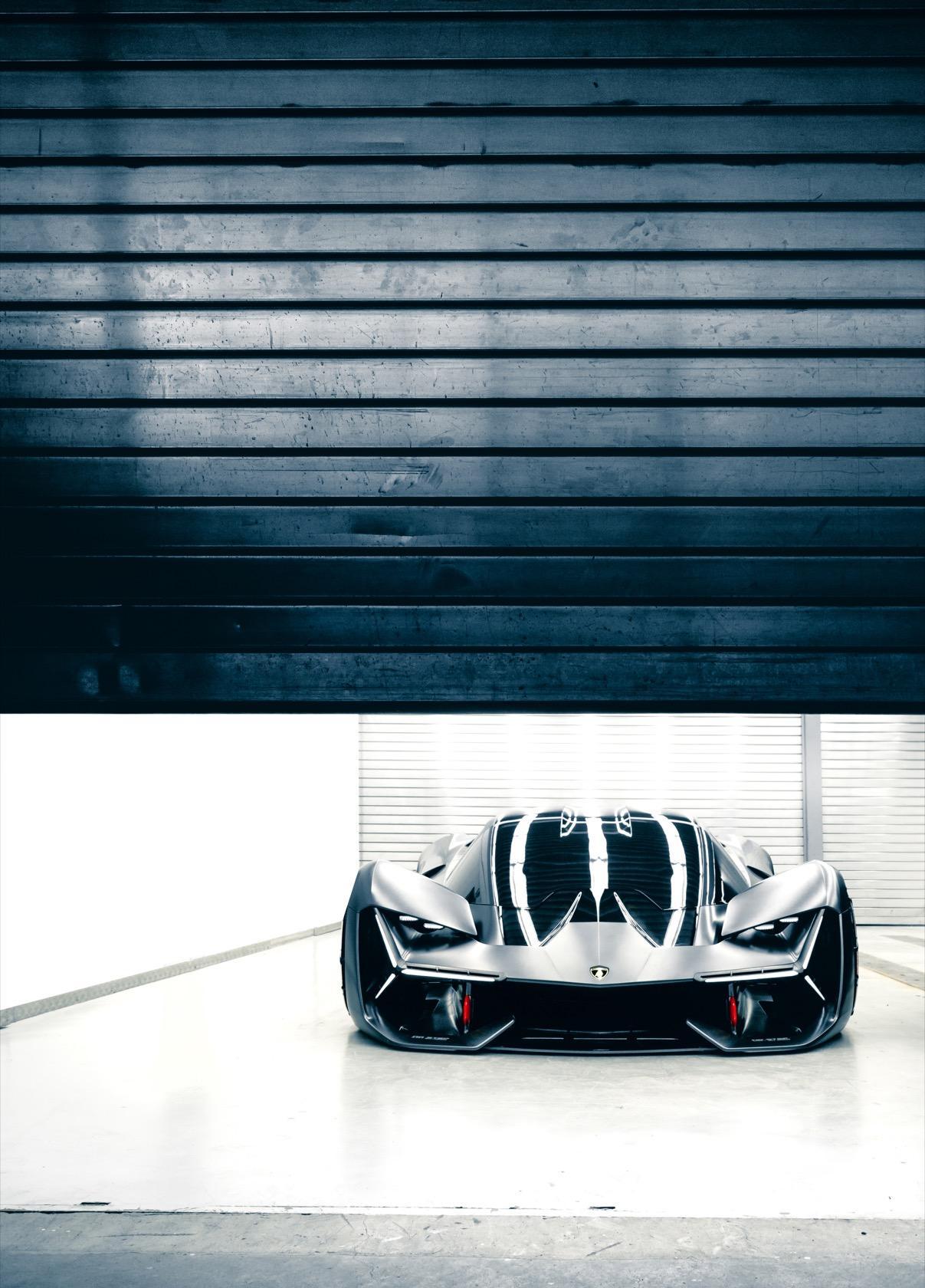 Just as the driver can expect guidance, so Lamborghini as a whole is looking to the Terzo Millennio to lead the way. “Our big job is to define the DNA,” Reggiani says. “We just finished imagining [how] to put the DNA of a super sport car like an Aventador or Huracan into an SUV … In this box that we call Lamborghini of the third millennium we want to put some provocation in terms of emotion, that can be different from what it is today.” 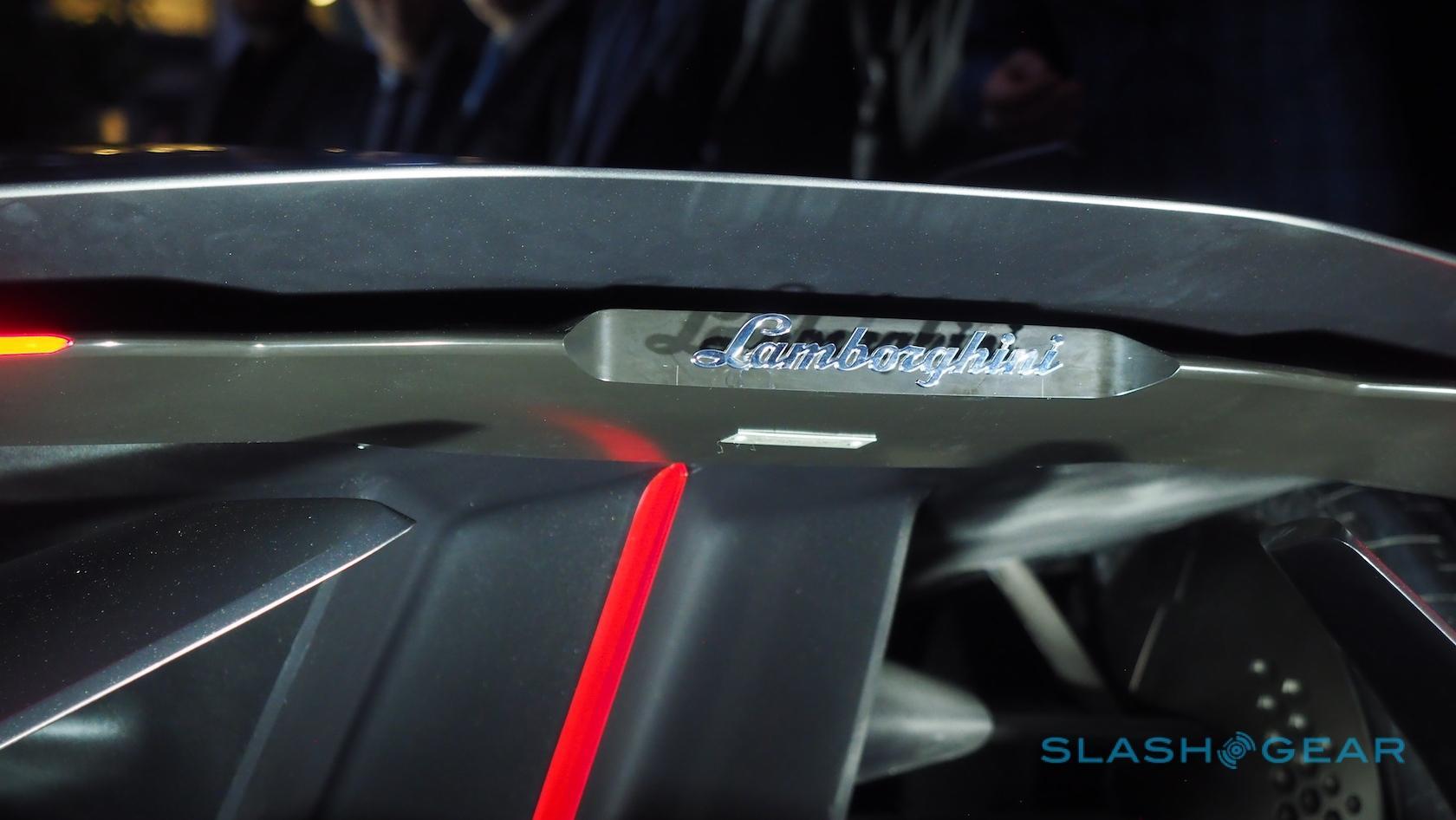 Whatever Lamborghini and MIT comes up with, it’ll be exclusive to the automaker. And, while the current concept being revealed today may incorporate every element of what’s being worked on, what seems more likely is that the various technologies will be released piecemeal as they’re considered market-ready. Super-capacitors, for instance, are likely to be ready before self-healing monocoques. 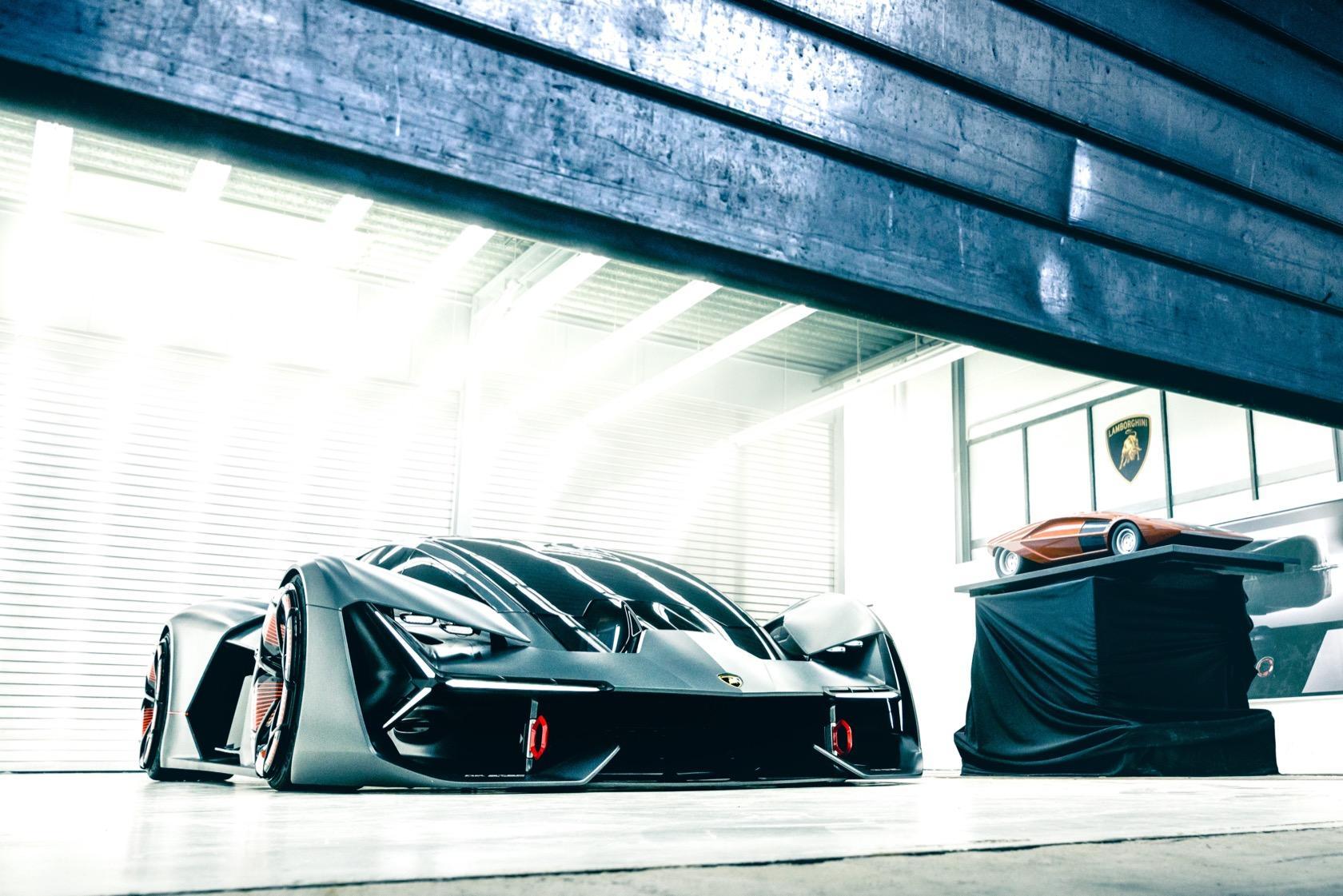 “The scope of today is to be able to think what could be an electric vehicle, super-light, able to do the best performance,” Reggiani concludes, “to be able to run not only one single lap but several laps where the driver can enjoy the experience, and where the driver is able to recharge as soon as possible.” Lofty goals, not to mention difficult ones. That’s probably why this Terzo Millennio is the vision of the Lamborghini for the third millennium, and not for production any time soon.

More live pics of the Terzo Millennio concept in the gallery linked below!