Lamborghini has sliced the top off one of its most potent cars, with the Huracán EVO Spyder promising extreme performance with no roof to get in the way. Sibling to the Huracán EVO coupe that made its debut in January, the new convertible will headline Lamborghini’s news at the Geneva Motor Show 2019 next week. 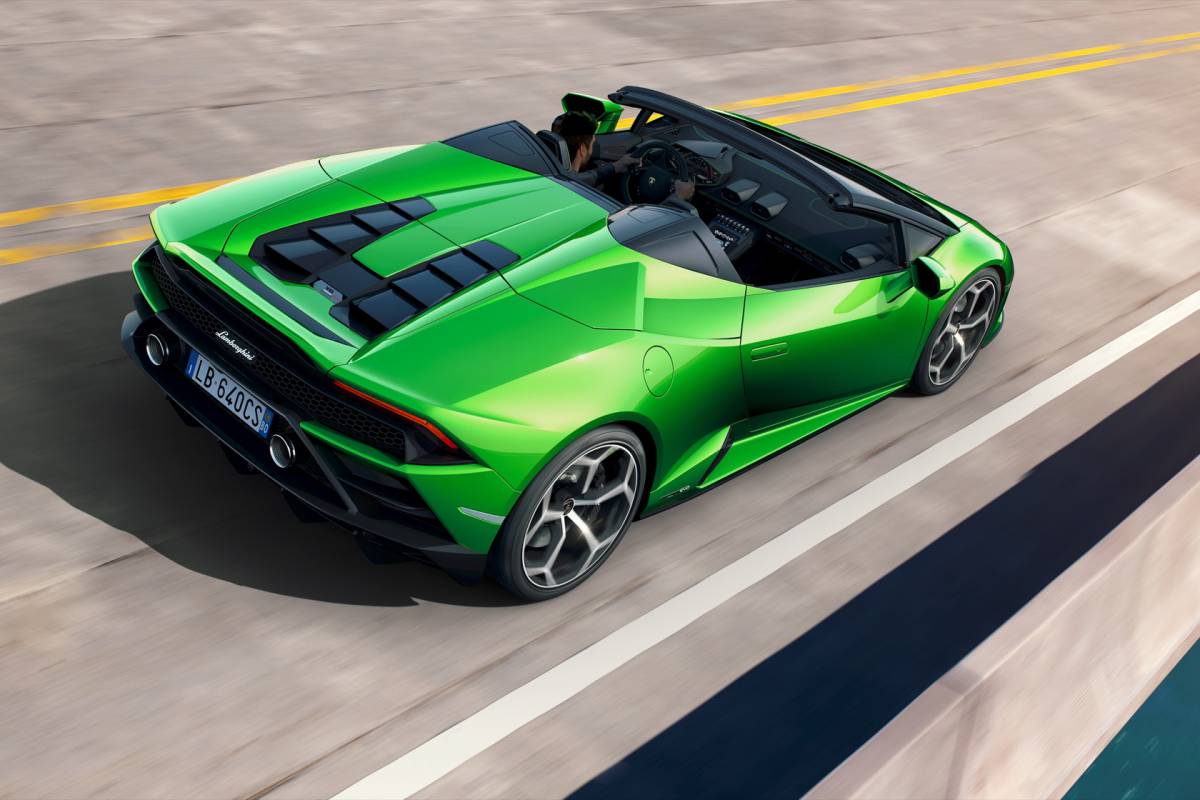 The EVO technology is what’s important here, with rear-wheel steering and four-wheel torque vectoring. Controlled in tandem by the Lamborghini Dinamica Veicolo Integrata (LDVI), effectively the brain of the Huracán EVO Spyder, the system examines road conditions via sensors in the active suspension and all-wheel drive. That data is combined with the supercar’s understanding of the driver’s intentions, as telegraphed through steering, brake, acceleration, transmission, and drive mode inputs. 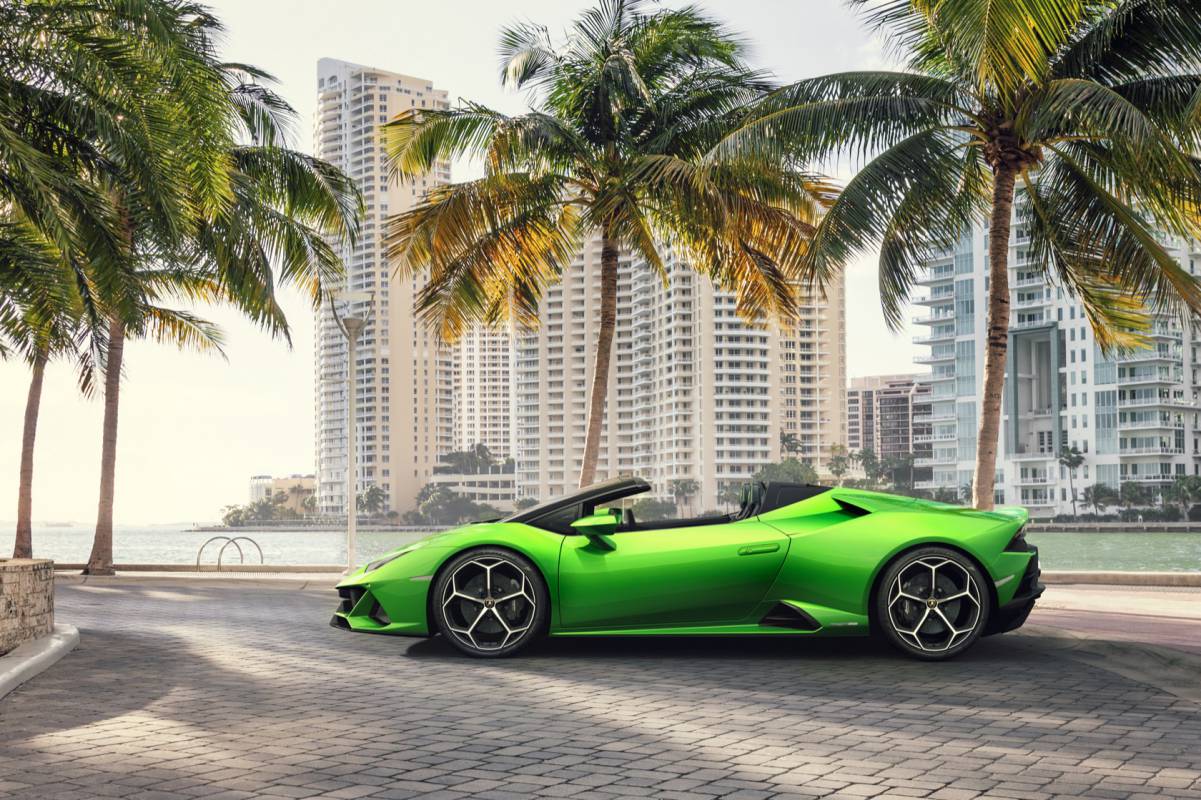 The result, Lamborghini says, is a car that doesn’t so much react to the road but predicts the most appropriate configuration to suit it. That includes changing the damping settings of the magnetorheological suspension and the new traction control system. The rear-wheel steering can turn the back wheels in the opposite direction to the front at lower speeds, tightening turns, or in parallel at higher speeds, improving stability.

Three drive modes are on offer, selected via the ANIMA controller. STRADA is for the road, while SPORT allows the Huracán EVO Spyder to kick its rear end out for some drifting action. Finally, CORSA keeps everything in check for the fastest possible lap times on the track. 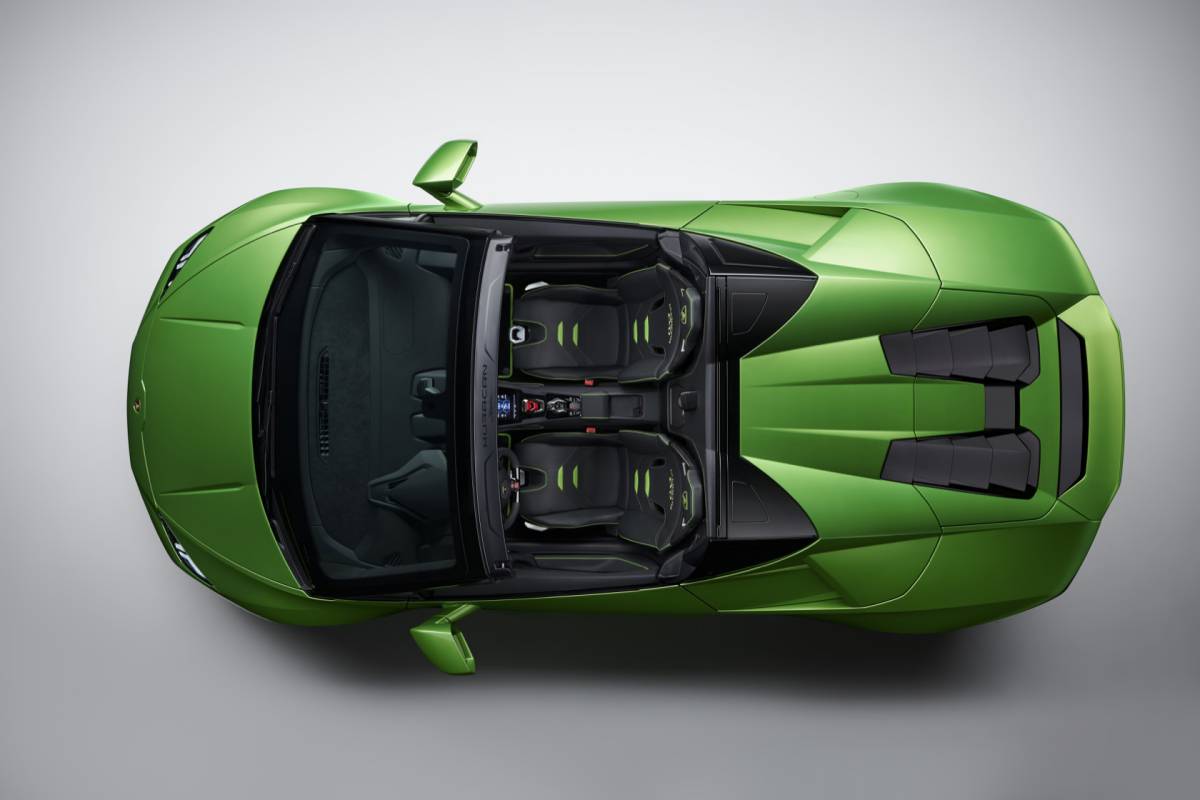 That much could all be said for the coupe, too, but the Spyder has another party trick. A lightweight soft top opens or closes in 17 seconds, and can be used at speeds up to 31 mph. As it drops down, so two body-color fins rise up out of the roof casing so as to keep the lines of the rear sleek still. A duct between them helps cut wind turbulence. 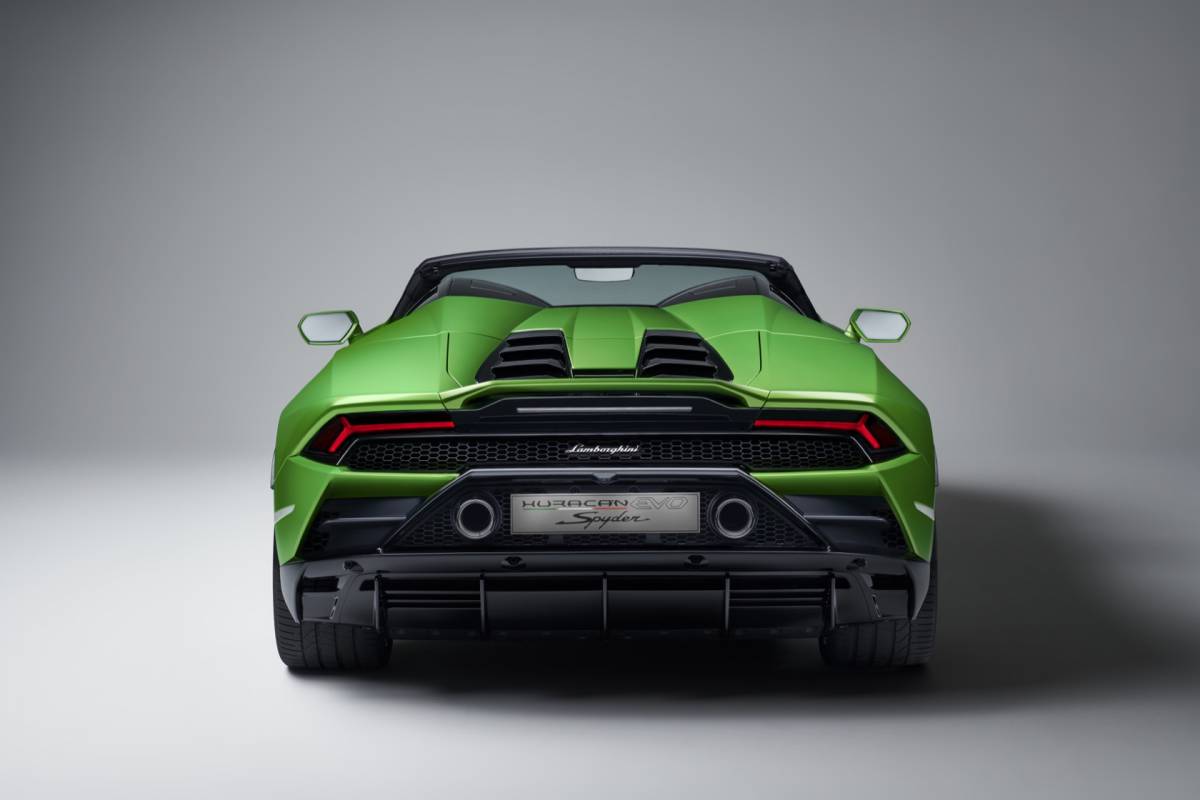 The rear window, meanwhile, can be independently controlled from the roof. That way, more of the engine noise can be allowed into the cabin, even if the occupants don’t want to open the roof all the way. 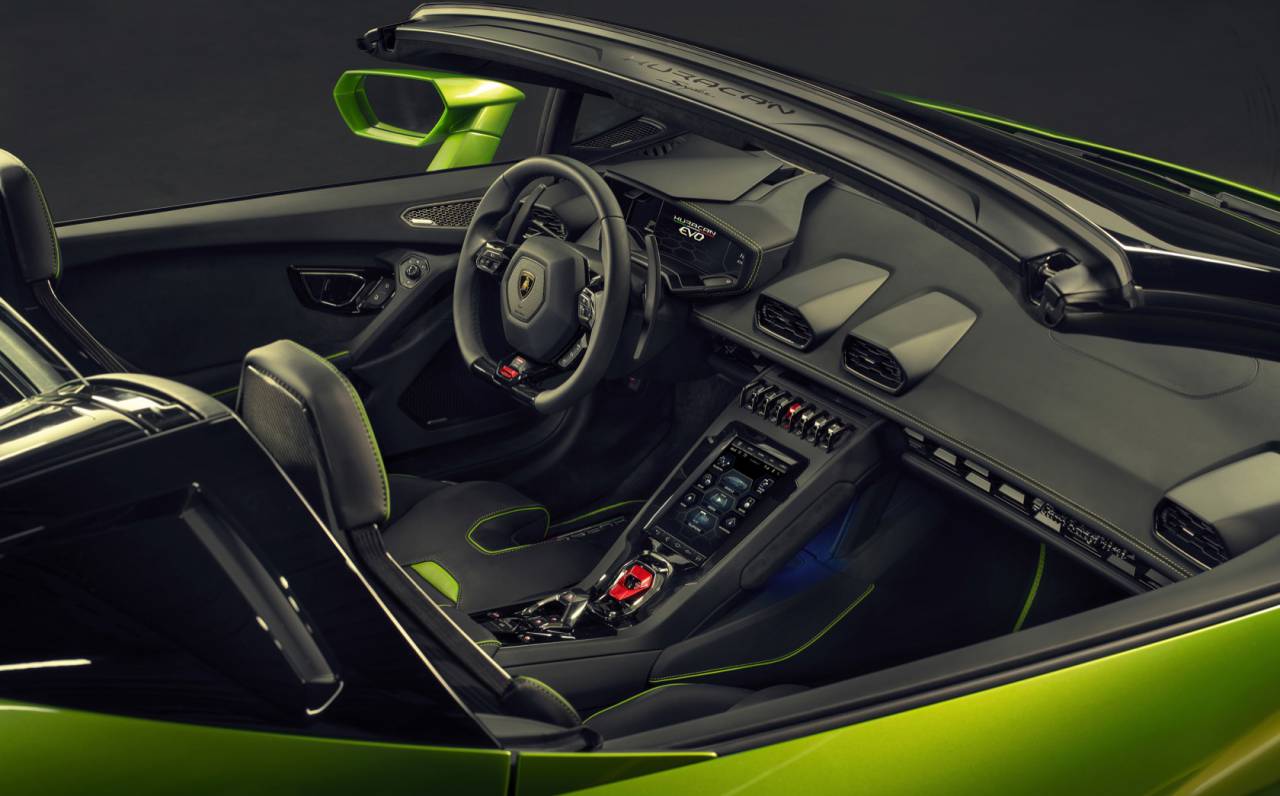 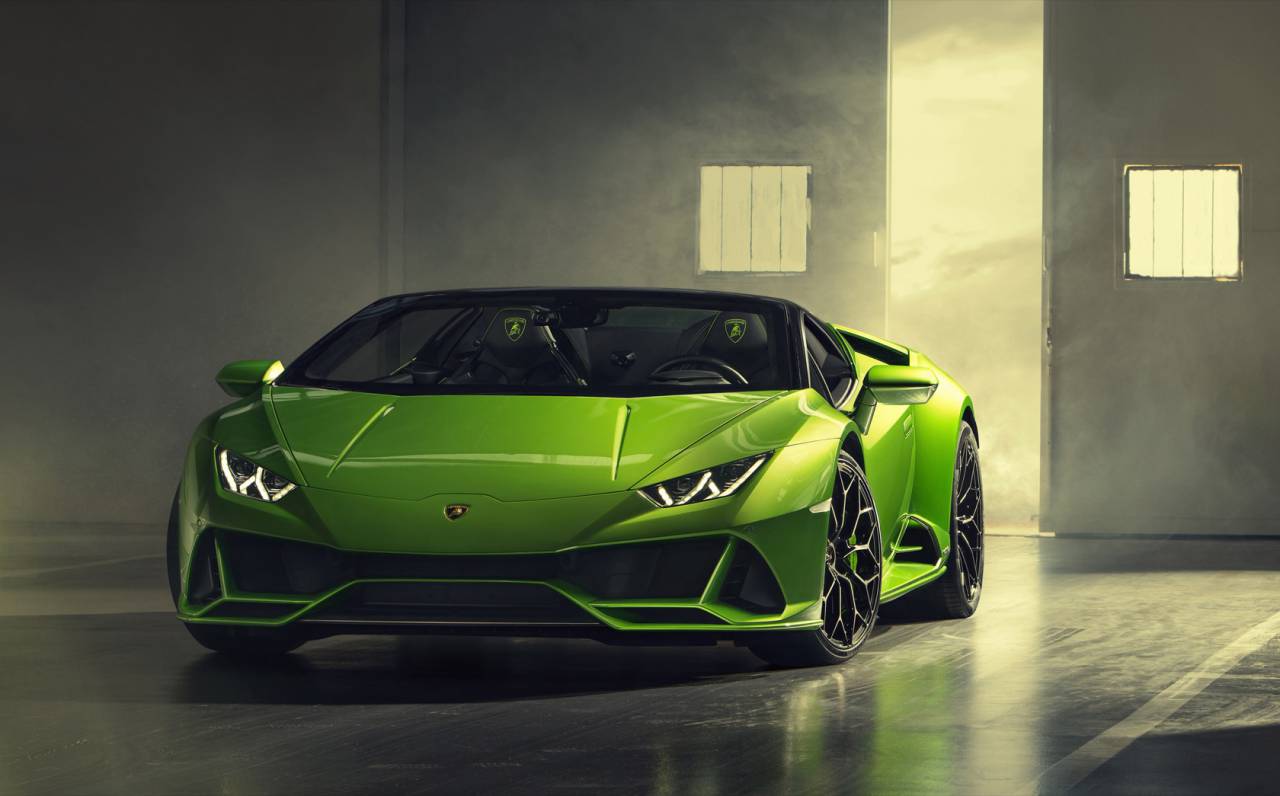 Lamborghini says the Huracán EVO Spyder will begin deliveries in spring 2019. It’ll be priced from $287,400, a roughly $26k premium over the coupe.