A Bitcoin ATM capable of gobbling up currency from over 200 countries and converting it instantly to the virtual currency is expected to hit the public this quarter, potentially shifting Bitcoins themselves into the mainstream. The machine, made by Lamassu, can switch physical to digital cash in fifteen seconds, the manufacturer claims, simply scanning in a QR code linked to a Bitcoin account and then sucking in a bill to add to it.

An exact indication of how many Bitcoins the cash will get you is flashed up on the display before the transaction is completed. In the case of the video below, showing the Lamassu machine in action at Bitcoin 2013, that’s in US dollars. Lamassu says it will work with the Mt.Gox and Bitstamp exchanges, among others.

As for the physical money – which, despite Bitcoin’s best efforts, still has appeal to some people – that’s stored safely away in a “steel vault” inside, bolted to whatever solid chunk of masonry is nearby. The overall ATM is sized to fit on a table-top, though can also be wall-mounted. 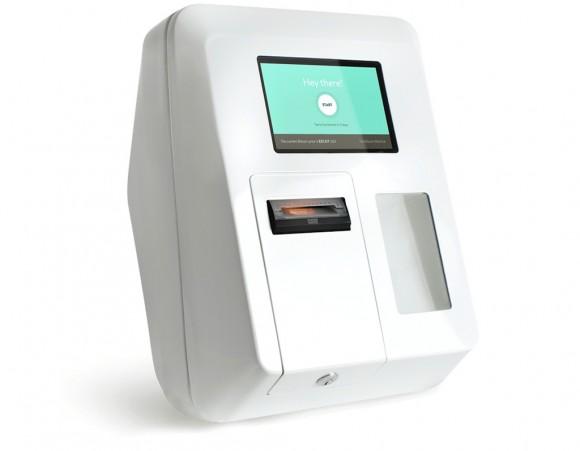 Lamassu says that, since it first unveiled the ATM, its had inquiries about potential deployment from potential customers in China, Canada, Libya, Cyprus, Kenya, Israel, the United Kingdom, Australia, Denmark, and Switzerland. The machine is expected to go into production this quarter, though it’s unclear how quickly it will actually show up in public.

Bitcoins are gaining notoriety, though mainstream awareness of the virtual currency is still lacking. Machines like the Lamassu ATM could well help raise its profile – and its perceived legitimacy – though regulators are still distrustful.

In fact, as the Bitcoin Foundation noted back in March, the US Financial Crimes Enforcement Network (FinCEN) has cooked up tough regulations around ATM-style machines that convert traditional currency and Bitcoins. As Lamassu founder Zach Harvey told Wired UK at the time, “it’s pretty much impossible to comply with the regulations” pointing out that instead of trying to operate the machine itself, he would sell it to others who might fare better with the rules.