Korg’s combination synth and USB music controller, the Taktile, has gone up for sale, offering both the TRITON workstation’s sound engine and an array of drum pads, switches, sliders, and a touchpad for using it as a MIDI controller. Available in two sizes – 25 key or 49 key, both semi-weighted – the Taktile can be powered over USB and also work as a Kaossilator, Korg’s memorable audio-mangling effects box.

Korg revealed the Taktile as part of its last seasonal product gush, billing it as the perfect combination of standalone musical instrument and portable composition tool.

While it may have the 512 sounds of the TRITON, the Taktile does without its huge touchscreen. Instead, the touchpad takes center stage, with a tiny OLED display to one side to show status; as well as controlling effects, it can double as a USB mouse.

There’s also an arpeggiator, chord triggering using the illuminated pads, and the eight switches, sliders, and knobs that can be assigned for composing or performance purposes.

Hooked up to a computer, meanwhile, the Taktile becomes a studio tool. Korg includes a variety of software synths, but there’s also out of the box DAW presets for Cubase, Live, Garage Band, Logic Pro X, Pro Tools 10, SONAX X2, and Digital Performer. 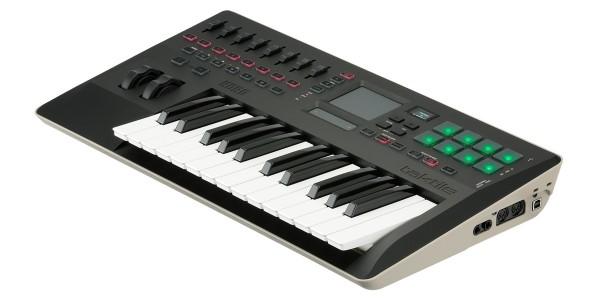 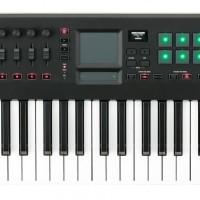 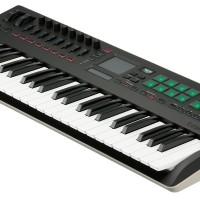 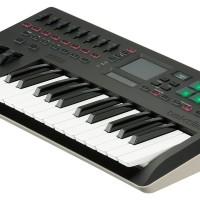 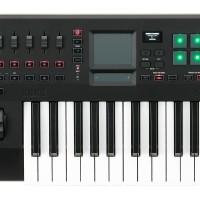 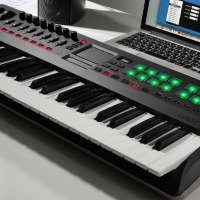