Koenigsegg’s Regera is the 1,500HP+ hybrid that gives Bugatti nightmares

If Gaia were a raging eco-Valkyrie, the Koenigsegg Regera is the outright-bonkers hybrid-electric supercar she’d ride into green battle in. Finally shown off in production form today, at the Geneva Motor Show 2016, the Regera is outlandish even by the unusual excesses of its makers.

Koenigsegg may have shown off the Regera in concept form twelve months ago, but the car has lost little of its shock & awe potential in the transition to production-ready. 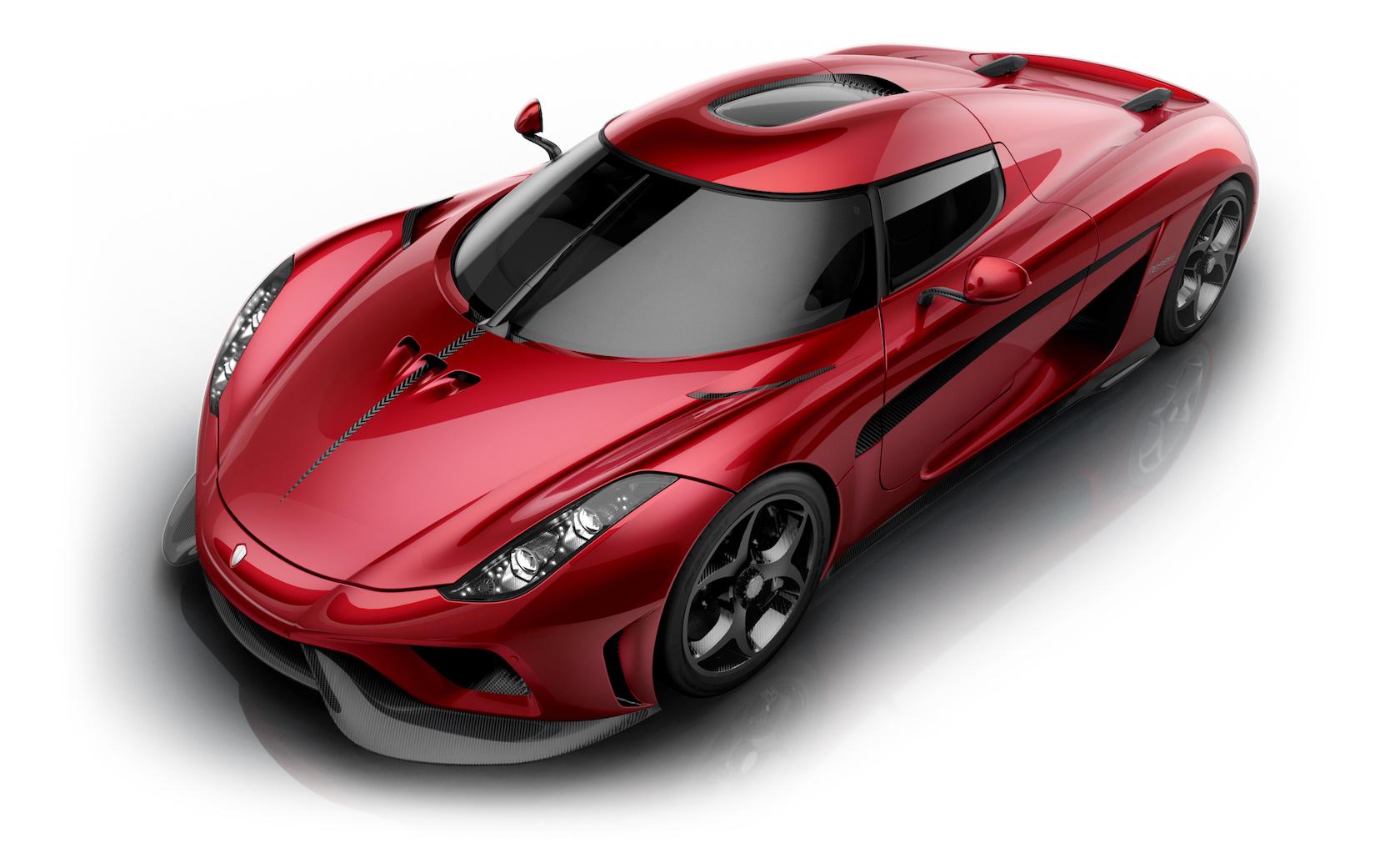 In fact, the ostentatious looks are arguably the least intimidating part of the coupe, though a serious diet has meant that the Regera arrives with a curb weight of just 1,590 kg (3,505 pounds).

No, the real magic is underneath the skin, where Koenigsegg’s Direct Drive system promises to one-up even the usual tidal wave of torque that’s familiar from previous EVs.

Rather than a traditional mechanical gearbox, Direct Drive has a clutch-slip mechanism paired with a hydraulic coupling. That converts torque at medium-to-high speeds, while the Regera is undergoing fast acceleration, so that the car feels like it’s downshifting – complete with the sound – but without that actually happening.

So, although the Regera has paddles on the steering wheel, they don’t step through the cogs as you’d expect from a traditional gearbox. Instead, the right paddle triggers the pseudo-downshift, while the left ramps up the regenerative braking, slowing the car and replenishing the battery at the same time.

That battery is an 800 volt, 4.5 kWh pack, good for 525 kW of discharge and up to 200 kW of recharge. Koenigsegg has flooded its Formula 1 grade cells with coolant, ensuring heat is dispersed while still weighing under 200 pounds.

Altogether, the 5.0-litre, twin-turbo V8 gasoline and three electric drivetrains muster some ridiculous power figures. Horsepower is expected to be above 1,500 HP and torque above 2,000 Nm, making the Regera more powerful than Bugatti’s new Chiron, even.

Active engine mounts can adjust their firmness depending on driving conditions, softening when more comfort is required, but tautening up when the Regera is on the track.

Inside, once you’re through the eye-catching scissor doors – which can be triggered remotely, as can the front and rear hoods, from the key fob, and which feature sensors to stop them should they come near another car or wall – there are electrically-adjusting, heated seats, Apple CarPlay, inductive phone charging, 360-degree cameras, and WiFi.

All in all, it’s a ridiculously fast, ridiculously luxe, ridiculously ridiculous supercar from a company that has dedicated itself to catering to the slightly more outlandish buyers in the supercar spectrum. No word on pricing at this stage, but production will kick off imminently ahead of deliveries at the end of the year.