Kobo Elipsa is a 10.3-inch e-reader to replace your paper notebook

Kobo has revealed its latest e-reader, though the Kobo Elipsa is just as much about taking notes as it is reading ebooks. Fronted with a 10.3-inch E Ink Carta 1200 e-paper display, the Elipsa is part-e-reader, part-tablet with a bundled stylus that can be used to annotate text, jot down ideas and sketches, and generally replace a paper notepad.

It’s not the first company to try to do that, of course. Several e-paper tablets exist, with options like reMarkable 2, the Sony Digital Paper Tablet, and hybrids with e-paper-esque LCD screens such as the TCL NXTPAPER.

All share a similar criteria, which is that they’re considerably more expensive than a regular, consumption-focused e-reader like an Amazon Kindle. In the case of the Elipsa, for instance, Kobo is asking $399.99.

Your money gets you a monochrome touchscreen that’s the first to use E Ink’s latest Carta 1200 panel. That promises both 1404 x 1872 resolution and swifter page turns compared to older e-paper displays, along with better contrast. There’s also a Dark Mode option, which flips things around for white text on top of a black background.

There’s Kobo’s ComfortLight system for illumination without direct light, too, and a Kobo Stylus for annotations. That has pressure sensitivity similar to that of a ballpoint pen, the company says, though can be switched between different virtual pen types, shades, line sizes, and eraser sizes. Two buttons on the side of the stylus toggle into erase and highlighted modes. It’s powered with an AAAA battery, and has interchangeable tips. 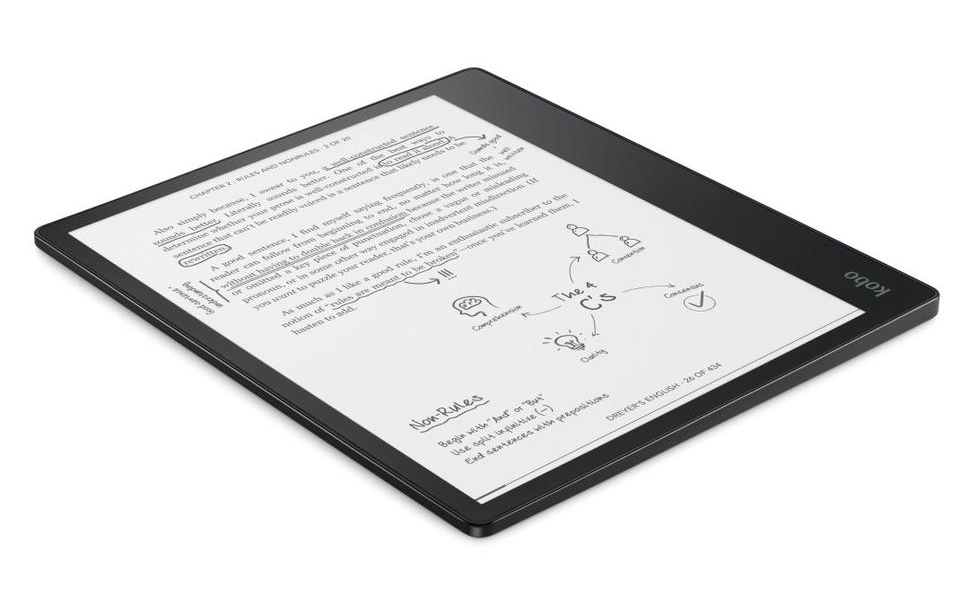 Inside, there’s 32GB of storage, which can be used for ebooks and PDF files. There’s Dropbox integration, too, for getting files on and off the e-reader via its WiFi 802.11ac connection. There are a few limitations to bear in mind, however: PDFs with DRM or permission limitations, for example, can’t be marked-up or annotated, while notes applied to OverDrive library ebooks won’t be saved. 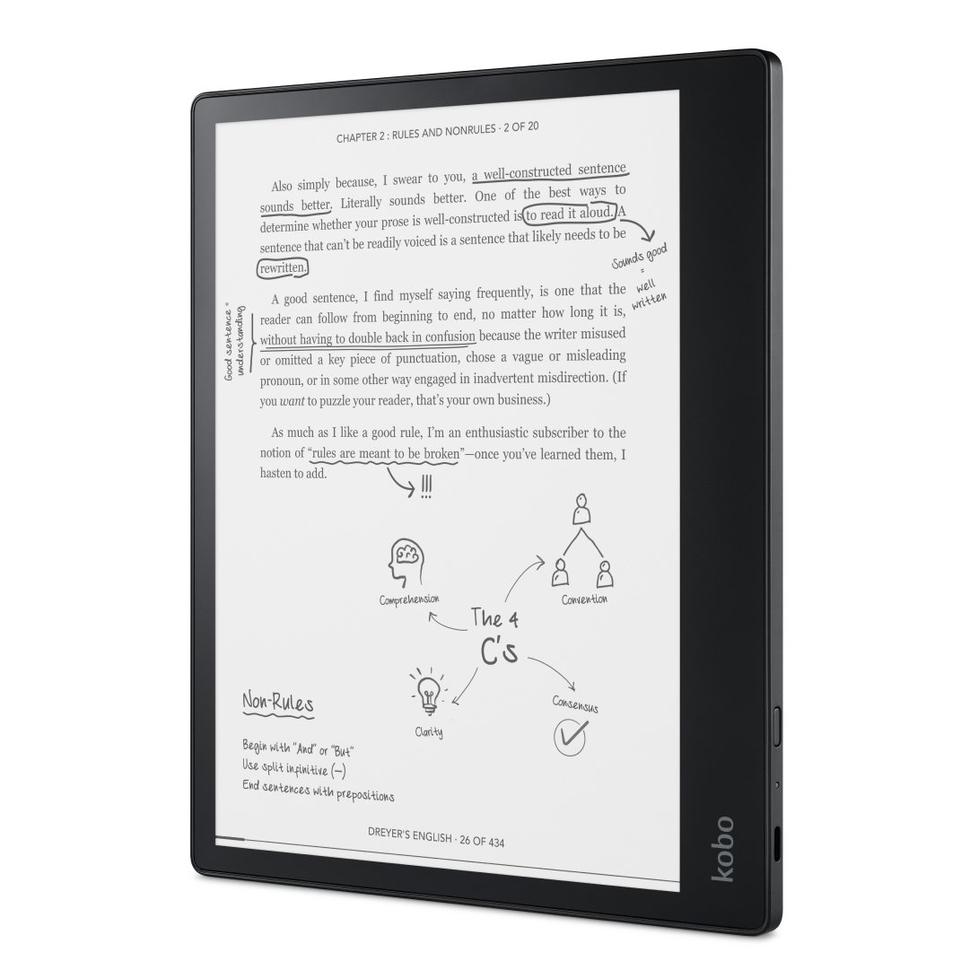 The Kobo Elipsa SleepCover will automatically put the e-reader to sleep when closed. It clings on magnetically, and can be creased to prop the tablet up at an angle. Battery life is measured in “weeks,” Kobo says, with recharging via USB-C.

The Kobo Elipsa is up for preorder now, priced at $399.99. For that, you get the e-reader itself along with the Kobo Stylus and a SleepCover; it’ll ship from June 24.