One day the tech world will have embraced the USB-C connector – until then, we’re reliant on devices like Kingston’s DataTraveler microDuo 3C USB Flash drive to bridge old and new. The double-sided thumb drive sandwiches between 16GB and 64GB of storage in-between a pair of plugs: a regular USB 3.1 on one end, and a USB-C 3.1 on the other. As a new MacBook user, I’m understandably curious about anything that works around the ultraportable’s notorious lack of ports: read on for my review.

I’ve been using the MacBook for the past couple of months and there have been hurdles, some predictable and others less-so, to get it to co-exist with other computers. For the most part I’ve resorted to either pushing files to the cloud and then re-downloading them on the other machine, or attempting to use AirDrop if I’m dealing with two Macs. 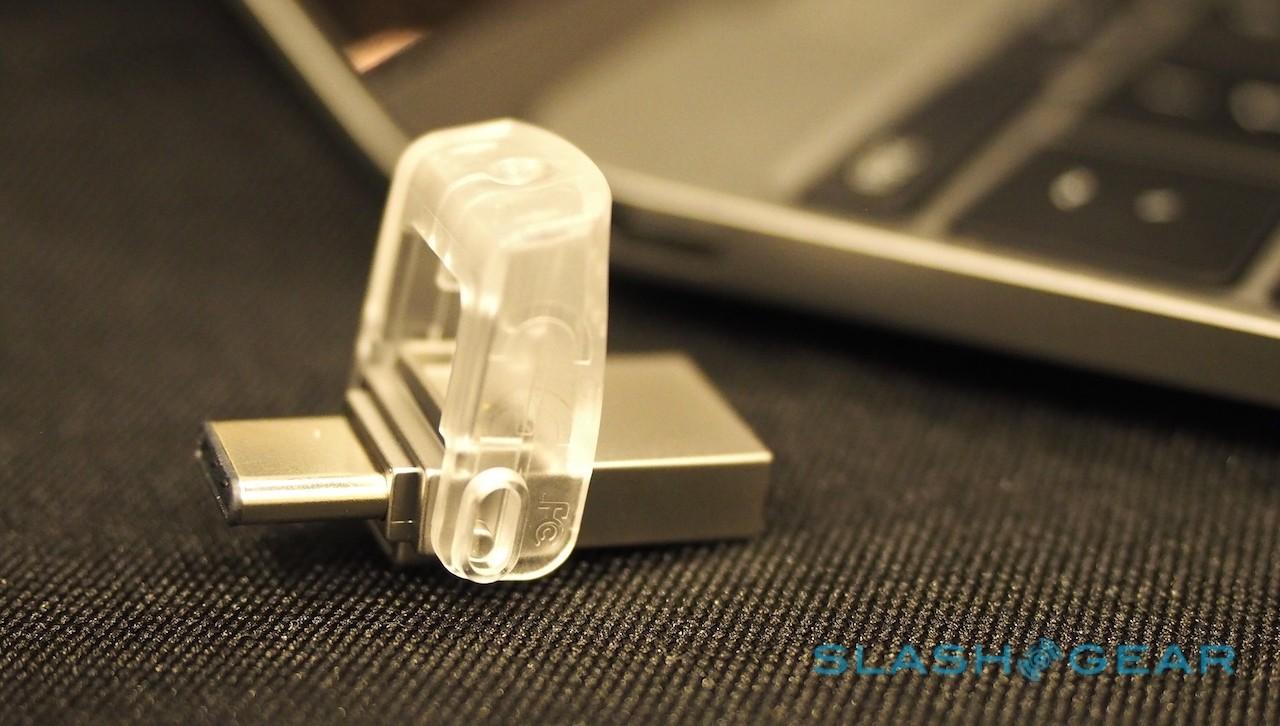 Sometimes that’s fine, but when you’re dealing with big files or another person’s computer, there’s nothing quite like the speed and convenience of handing over a USB drive.

It’s not just the new MacBook that the microDuo 3C is applicable to, of course. Google’s latest Chromebook Pixel has USB-C ports, too, and the connector is increasingly showing up on ultraportable notebooks, with smartphones and tablets certain to follow. Meanwhile, the arrival of Thunderbolt 3 – which also uses the USB-C connector and is compatible with its data protocols – will see the port gain even greater traction.

Kingston’s approach is straightforward; in fact, it’s one the company has already used with previous microDuo drives, which have paired a USB 2.0 port and a microUSB. One half of the microDuo 3C is a USB 3.1 plug, while the other is a USB-C plug in all its reversible glory. 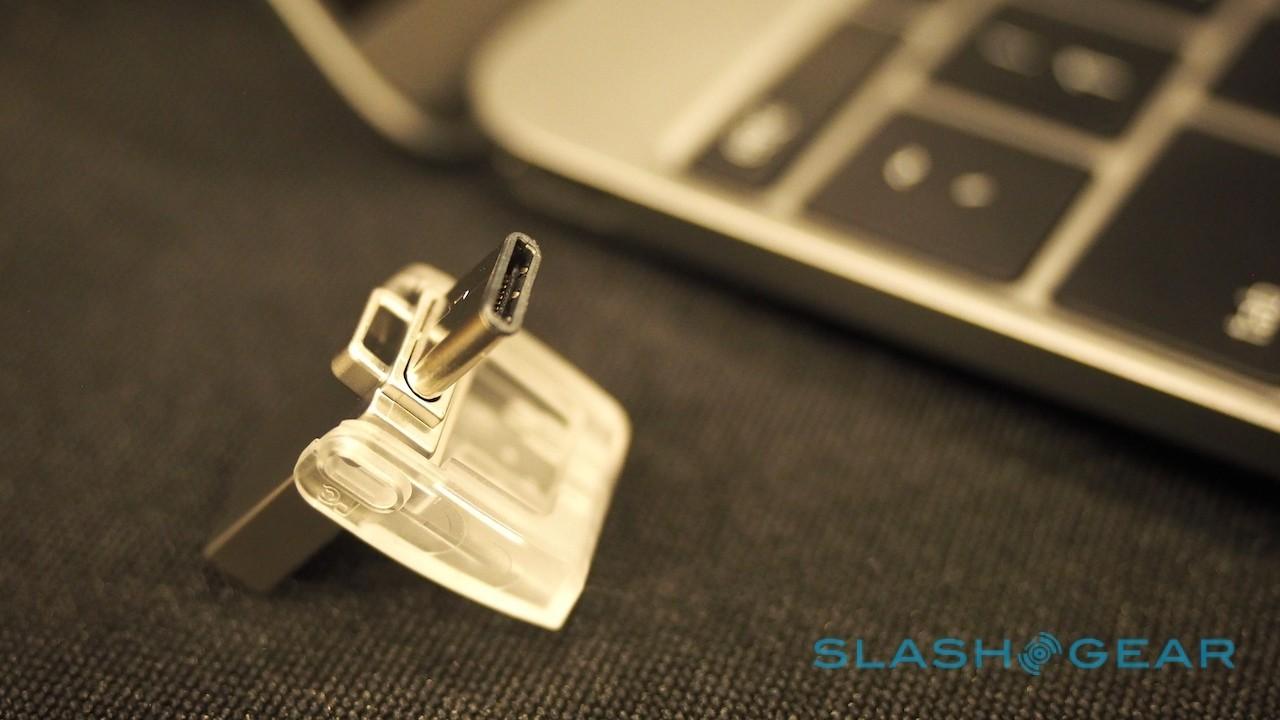 A plastic cover slides over the USB-C plug, though the USB 3.1 is left unprotected. Having dropped more than a few thumb-drives into my bag with their connectors exposed, and never experienced any real issues beyond fluff getting into the nooks and crannies.

Only one side can be plugged-in at any one time – you can’t use the microDuo 3C to directly bridge two notebooks. Instead, it simply shows up as a regular external drive; Kingston thankfully provides it empty of weird apps or documentation, and in the case of the 32GB model I saw 31.45GB as available. 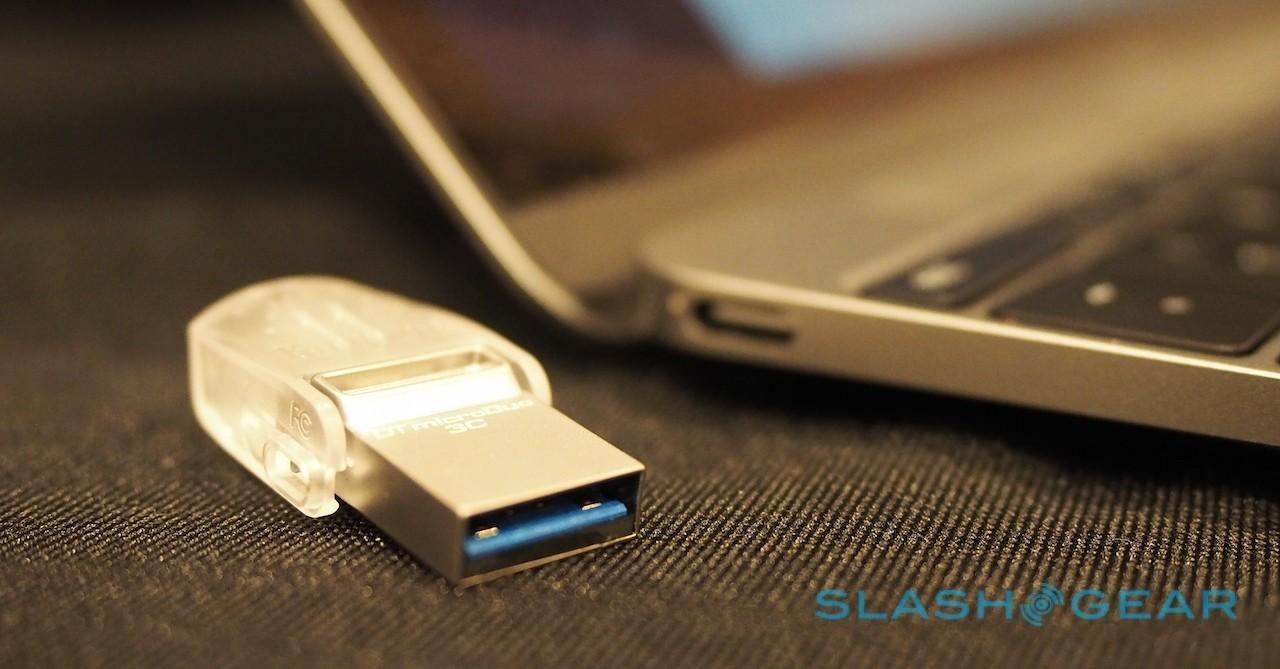 As for performance, I tested the drive on both the MacBook and a MacBook Pro with Blackmagic’s drive performance app in OS X 10.10.3. On the MacBook, using USB-C, I saw as high as 118 MB/s read rates and 48.6 MB/s write rates; Kingston quotes 100 MB/s reads and 15 Mb/s writes, though throughput will vary depending on file size and number.

On the MacBook Pro with its USB 3.0 connector, however, the microDuo 3C managed 37.8 MB/s read rates and 25.6 MB/s writes. To see how that held up to a single-plug drive, I compared it on the same laptop with Kingston’s 32GB DataTraveler Mini 3.0, which achieved 56.5 MB/s reads and 37.2 MB/s writes.

In an ideal world, we wouldn’t have to juggle port types. We could also rely on ubiquitous, ridiculously high-speed wireless options which were platform agnostic and 100-percent reliable. We’re certainly closer to either of those things than we were before, but we’re still not quite there yet. 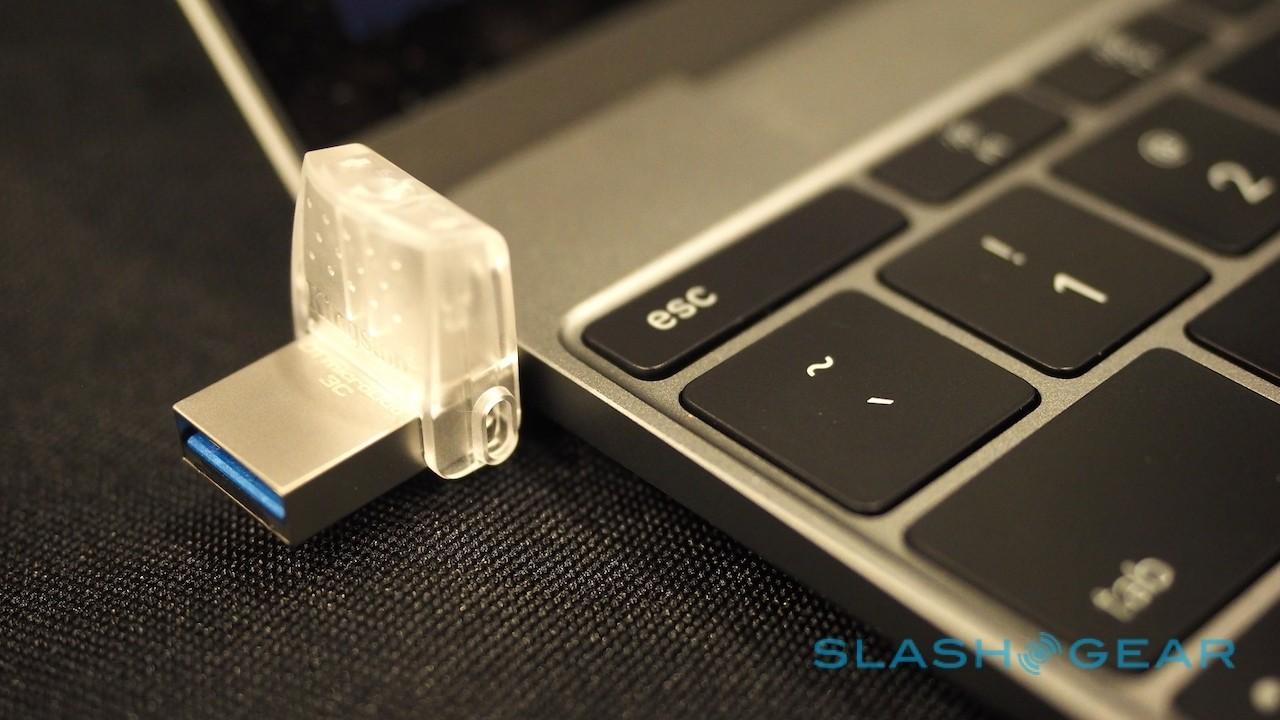 Official pricing is yet to be finalized, but Kingston tell me the range will span roughly $15-30 meaning you’re paying a slight premium over a regular name-brand drive. As a way to tide you over as the Brave New USB-C World dawns, it’s an affordable way addition to your kit bag. 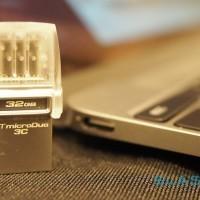 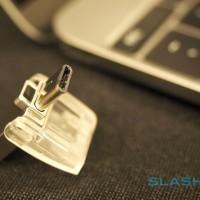 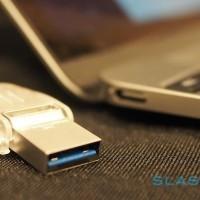 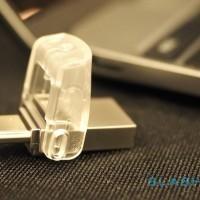 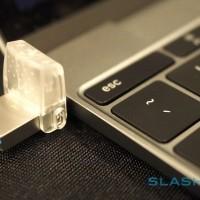