It’s almost time – Kingdom Hearts 3 is nearly upon us. The co-director and game designer of both Kingdom Hearts 1.5/2.5 HD remasters AND Kingdom Hearts 3 Tai Yasue has spoken on the future. This future may very well have Disney characters (guaranteed, as in previous releases), as well as Marvel Comics characters AND Star Wars characters. Yasue suggested this week that while he couldn’t “go into specifics,” that since the release of Kingdom Hearts 2 was released 9 years ago, and Disney acquired both Lucasfilm and Marvel Comics, “nothing’s off limits.”

Thanks to a reminder from more than one NeoGaf member, we can recall the one true plot line possibility for Star Wars 7, brought instead here to Kingdom Hearts III. This is comedian Patton Oswald speaking in the TV show Parks and Recreation not long after Disney acquired Lucasfilm and therefor the rights to Star Wars. Perhaps it’s time for this perfect plot to truly unfold, in the Kingdom Hearts style.

And this isn’t really the first time this has happened. Disney Infinity already has Marvel Comics characters, and executives from Avalanche Software have already essentially confirmed Star Wars characters for 2015. 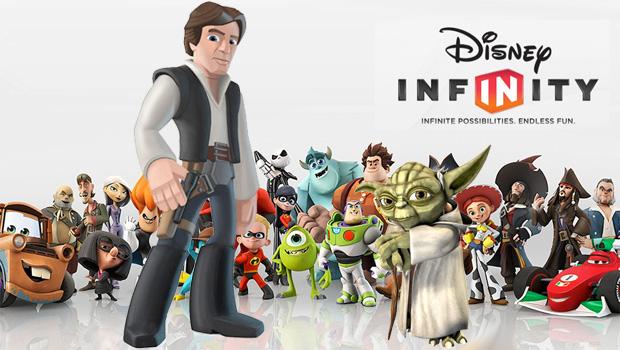 The quote above with Tai Yasue comes from an interview with Kotaku in which they ask specifically whether Star Wars and Marvel Comics will be off-limits. He suggests “Well, yeah. They’re all under consideration. Nothing’s off-limits.”

Yasue continued, “We’re considering all of the worlds. There are so many wonderful concepts. We’re happy about that, but at the same time it’s really tough to choose.”

The image you see above comes from talented artist Eggbok.

Who do you hope to see in Kingdom Hearts 3? Han Solo paired up with Groot? How about Deadpool fighting side-by-side with Boba Fett and Goofy?