The ebook didn’t kill the paperback, and Amazon is counting on the fact that not only hasn’t the tablet killed the ereader, but that there’s still room for a premium model in the shape of the Kindle Voyage. Fronted by an incredible e-paper display, Amazon’s smartest screen illumination system to-date, and a bevy of software enhancements focused on readers, it’s certainly shaping up to be a great home for your digital 50 Shades. In a world of free Kindle apps and $249 iPads, however, the Kindle Voyage needs to do more than just pack in the pixels in order to justify its existence.

Amazon’s hardware aesthetic has tended toward the monolithic since the first arrival of its Kindle Fire tablets, and the Kindle Voyage bears the same design focus. That’s not to say it’s a bad device, however: more one that has been built with a singular purpose in mind. 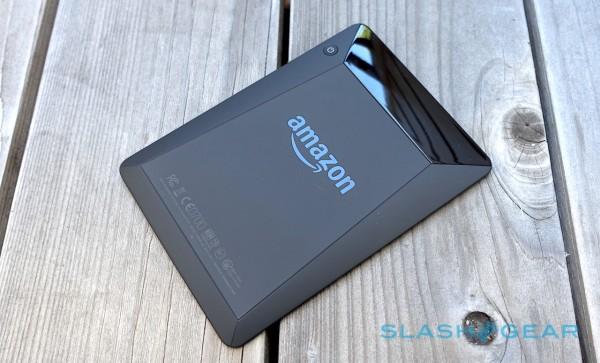 At 6.4 x 4.5 x 0.3 inches and 6.3 ounces (for the WiFi-only; add another 0.3 ounces for the WiFi + 3G version) it’s light and easy to hold. The angled edges on the read fit the palm neatly, and I had no problems holding the Voyage above my head while lying in bed, a welcome change from the iPad mini 2 I would usually read on.

The front is covered with a sheet of glass that runs practically edge-to-edge, and fits flush with the minimal bezels. It’s been specially treated to be scratch-resistant and glare-free; Amazon claims the micro-etching also gives it the feel of real paper under your fingers, and though that’s slightly over-ambitious, it’s certainly more resilient to reflections than a regular screen, a boon when you’re reading outside in the sun. 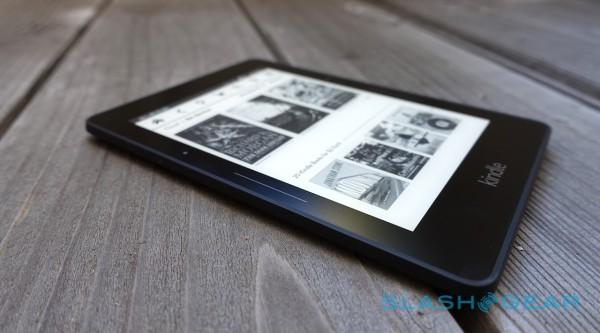 The back, meanwhile, uses magnesium for both toughness and lightness, with a plastic section at the top behind which are the various antennas. Amazon finishes it with the same, matte black coating as the Kindle Fire gets, leaving it both easily gripped and a rampant fingerprint and grease magnet.

Only one physical control has earned its way onto the Kindle Voyage’s body, the power button on the rear. Otherwise, control is via either the touchscreen or Amazon’s new PagePress system, which implants pressure-sensitive strips into the left and right bezels. 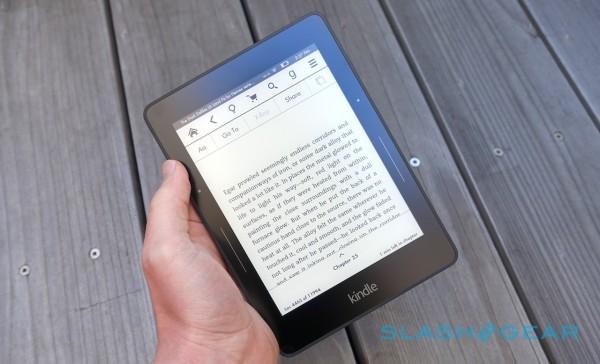 Squeeze the bottom half of the bezel on either side, and you’ll flip forward a page. Squeeze the top, and you’ll flip back. Amazon marks the general area of each with either a line or a dot – though there’s a little flexibility in where, exactly, you can push – and there’s an optional buzz of vibration to confirm you’ve pressed sufficiently.

There are no actual moving parts to PagePress: you’re not depressing a physical key, unlike on earlier Kindles and which could be distractingly clicky, and nor are you relying on a potentially easy-to-damage microswitch. I found that I could keep my thumb in one place, bridging the two zones, and rock it up or down to move through my book; there are three levels of pressure sensitivity to choose between, too, which I found helped avoid inadvertent presses. 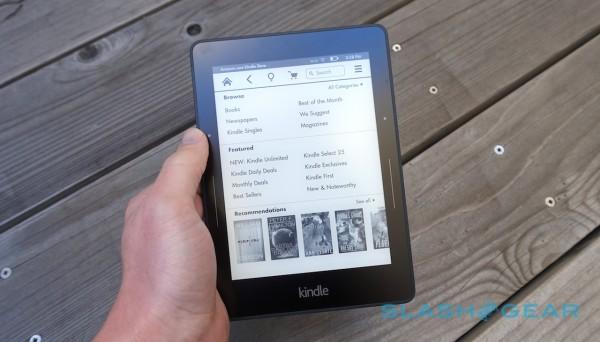 If you’re not convinced, you can tap the touchscreen to flick left and right instead. You’ll also need to reach up and tap the upper portion of the page to access the controls and jump back to the main menu. On more than one occasion I found myself squeezing the Kindle logo at the bottom, forgetting that it wasn’t a PagePress key as well.

Amazon is particularly proud of the Kindle Voyage’s 6-inch E Ink screen, and with good reason. It’s easily the best e-paper panel I’ve seen on an ereader, courtesy of its huge 300 dpi resolution.

At first, I questioned quite whether such pixel-density was necessary when all I was doing was reading. After a few pages, though, the fact that the on-screen text looks just as good as its printed counterpart – even at the minimum font size – convinced me of its merit. 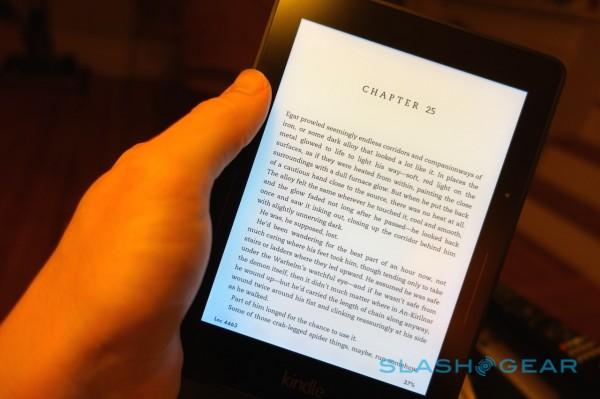 Even up close, you can’t make out individual pixels. There are no jagged edges or odd visual glitches, just smooth lines and print-like characters. Amazon offers a choice of five fonts, three line-spacing sizes, and three margin sizes, as well as a choice of eight font sizes, all of which can be changed on-the-fly as you read.

Contrast isn’t quite the pure black on white of a magazine page, but it’s not far off, and graphics such as comics and illustrations look the best they could before you’d have to switch to color to improve on them.

Then there’s the illumination. The Kindle Voyage isn’t the first Kindle to use a front lighting system, but it’s Amazon’s most nuanced attempt to-date. Not only is the glow impressively consistent across the whole screen – no blotchiness, patchiness, or overspill from the edges – but it now gets an ambient light sensor to control it, built into the upper left corner. 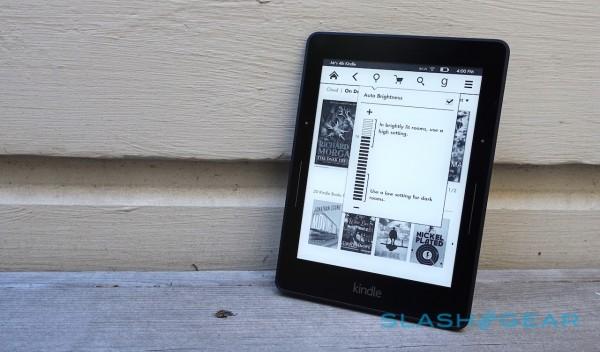 So, you can either manually choose a lighting level between 0 (off) and 24 (maximum), or you can turn on Auto Brightness and have the Voyage automatically adjust according to the ambient conditions. Also optional is a new Nightlight mode which, if active, gradually lowers the backlighting over time as you read in low-light conditions.

Amazon suggests it helps accommodate your eyes natural tendency to get more light-sensitive as they adjust. In practice, it’s subtle – just like you’d hope it would be – and not distracting, though nor would I say it’s necessarily a must-have like the core auto-adjustment.

It’s been a while since a Kindle was just about consuming a digital book. These days, not only can your Kindle Voyage carry your whole library, but it can give help you understand it from the individual words through to the whole narrative context, discuss it with other readers, and add the virtual equivalent of Post-It notes along the way.

The Voyage does its bit in pushing the tide of ereader progress onward, though not all of the features will be enabled at launch. The basics are covered, like highlighting passages and then adding margin notes which can be subsequently exported to a computer or shared on Twitter, Facebook, or the Goodreads readers community, and there’s still the super-useful ability to look up a dictionary definition by long-pressing on a word. 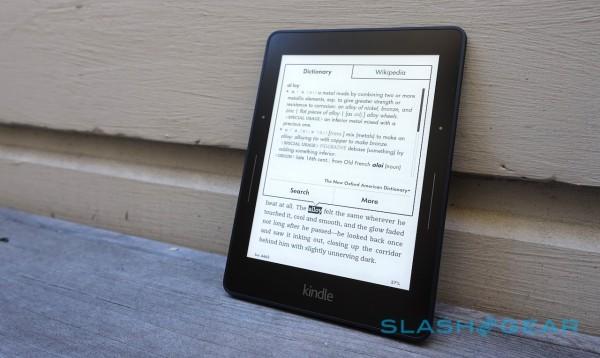 It’s been boosted along the way though, too, with results not only from The New Oxford American Dictionary but Wikipedia and Amazon’s own X-Ray, which gives a title-specific rundown of things like characters, settings, and more. If you look up a word, Amazon automatically logs it in its Vocabulary Builder list, putting together a deck of virtual flashcards with which you can test yourself.

Some of the more interesting features won’t arrive until later on, however. Word Wise will fill the gaps between lines with persistent definitions for trickier or unusual words, with the frequency and complexity of the explanations adjustable depending on your reading level. A new timeline view in X-Ray will offer up an overview of key scenes for select titles, for a top-line understanding of what happens and when. 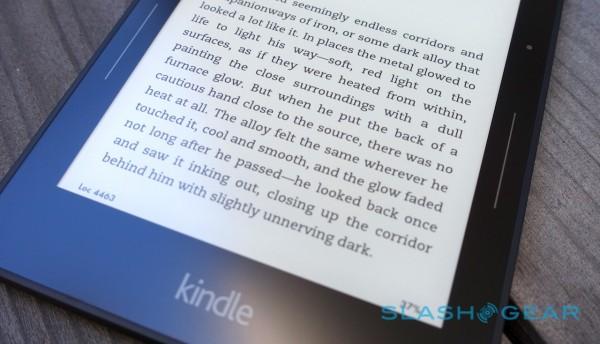 There’s a similar tool for the ebook itself in the pipeline, with About the Book putting it into context of a greater series, giving information about the author, and integrating with Goodreads so that it shows up in your “Currently Reading” list. More Goodreads support will be eventually added to search, too, results from there showing up alongside Kindle Store and personal library results.

Maybe most welcome, though, will be Family Library. Traditionally, Kindle ebooks have been easy to download – most of the time it’s less than 60 seconds from store to reading the first page – but only if they’re coming from the same account. With Family Library, there’ll be the option to link two adult’s Amazon accounts on a single device, and then open up the ebooks purchased through each. Obviously you’ll need to have similar tastes in reading matter for it to be worthwhile, but it’s certainly something many Kindle owners have been calling out for.

The ereader’s advantage – or, more accurately, the advantage of using a device with an e-paper screen – is battery life. Amazon suggests the Kindle Voyage will run for up to six weeks, though that’s based on reading for 30 minutes per day, with the wireless switched off, and the lighting set to level 10. 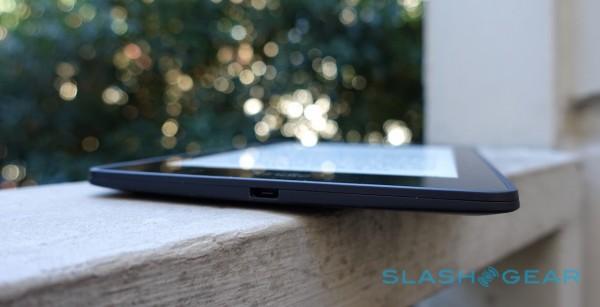 In practice, in a week of using the Kindle Voyage and leaving the light on automatic, with WiFi and 3G switched on, I’ve yet to run through a full charge. That’s with around 30-60 minutes of reading on weekdays, and longer at the weekend.

If you want the longest runtimes and you aren’t quite so retro as to go with actual paper, a dedicated ereader is still the way to go over a tablet or smartphone.

The Kindle Voyage’s polish comes at a premium, however. The cheapest cost of entry is $199, though that gets you an advert-supported “Special Offers” model which flags up sponsored content on the lock screen. It’s also WiFi-only: figure on spending $20 more if you want to oust the ads, and a further $70 if you want 3G for downloading ebooks on the move.

In total, it’s $289 to go commercial-free and WiFi + 3G, which is expensive by any stretch of the imagination. You can pick up an iPad mini for $249, albeit WiFi-only at that price and with a mere 163ppi display, but then you get the full contents of the App Store to keep you occupied. 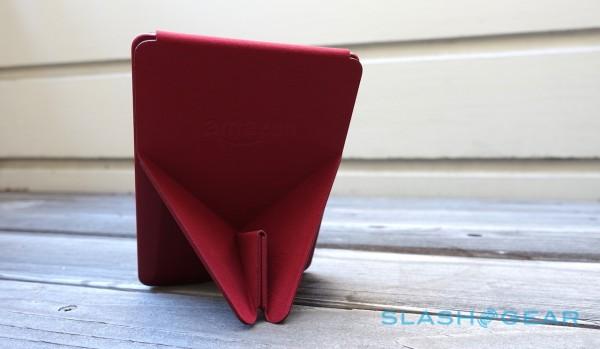 Then there are Amazon’s fancy origami covers, which not only protect the ereader but can prop it up after some clever magnetic folding. Figure on a not-inconsiderable $44.99 for the plastic versions or $59.99 for the leather. They work, certainly, but they add no small degree of bulk in the process.

The Kindle Voyage is undoubtedly the best ereader Amazon has produced. Its display is superb, its backlighting clean and smart, and it ticks the most important box of them all: being comfortable to hold and read for extended periods.

You’ll pay handsomely for that, of course. The existing Kindle Paperwhite may be a little bulkier, a little heavier, have a lower resolution (212 ppi) display, and rely on manual control for its screen lighting, but it’s also $80 less than the Voyage. That’s a fair amount of money to spend on ebooks to fill the two models’ 4GB of storage. 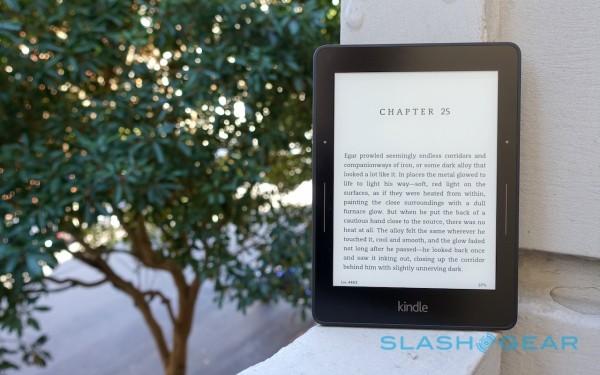 In the end, it’s a matter of focus. An ereader’s appeal is not only in the ease at which you can acquire and carry thousands of books, but the singularly devoted arena it provides for consuming them. No distracting notifications, or demanding messages, or even calendar reminders.

For some, that’s a haven worth carrying a single-purpose device for, and a subset of those will flock to the print-like clarity of the Kindle Voyage. It’s certainly beautiful if you can justify the outlay, but for most the more affordable options in Amazon’s Kindle line-up will strike a better cost-value balance than the flagship Kindle Voyage. 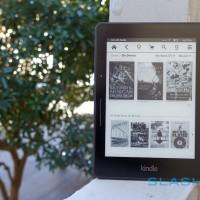 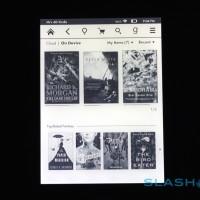 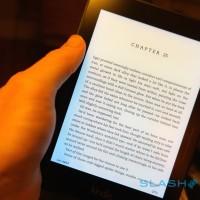 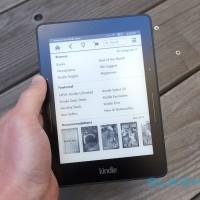 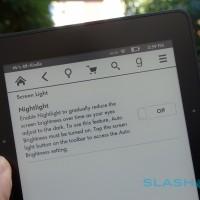 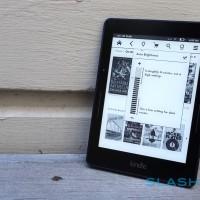 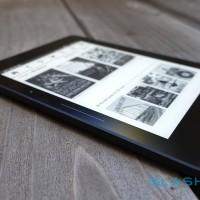 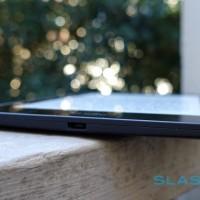 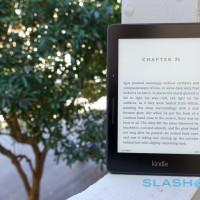 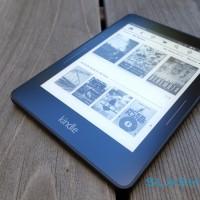 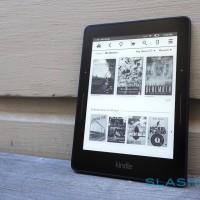 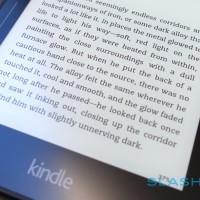 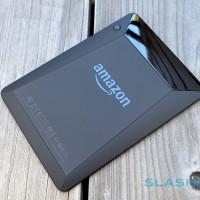 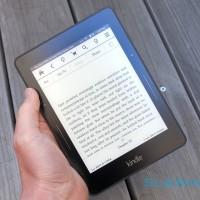 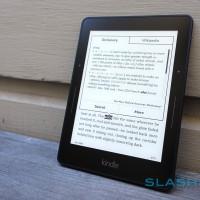 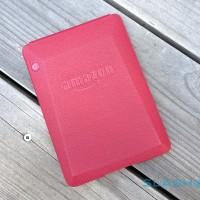 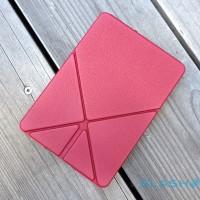 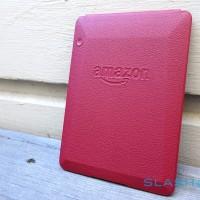 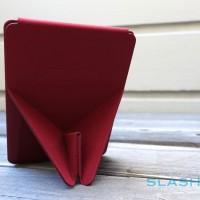