Kickstarter is down – it’s not just you [UPDATE: up again]

This morning Kickstarter was kicked in the pants by an unknown error resulting in a downtime of more than three (correction: two) hours. Check sites like “isitdownrightnow” have pinged the site with their servers and have reported real down time. This sort of situation suggests that the webpage is down due to a network problem or outage. This is not a scheduled maintenance time for Kickstarter, that’s for certain. According to Kickstarter support, their developers “are still hard at work investigating the issue.”

This downtime comes in at around 24 hours after the first release of Pebble Time. Because of the massive load put on the server yesterday early in the day, we can’t in good faith suggest that this particular down time has anything to do with the Pebble release. If the site would have gone down from that, it would have gone down around 20 hours ago.

In fact, Kickstarter reported “delays receiving some emails and iOS push notifications (was: The site is slow)” just yesterday. According to Kickstarter support, they “added capacity and the site is much more reliable” as of 11AM EST February 24th (yesterday). 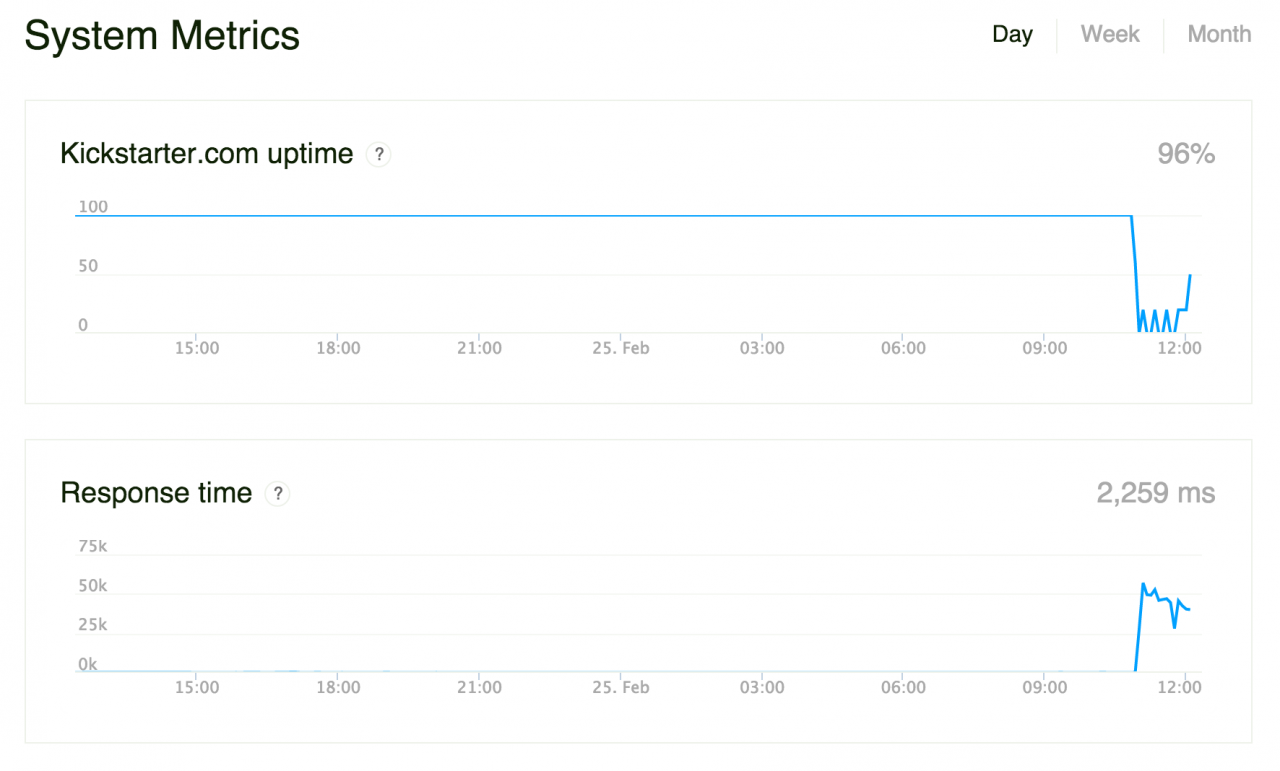 Instead, Kickstarter has been investigating the issue since 11AM Central Time and an outage has been reported as early as 9AM today. Kickstarter’s main server, Payments, and Mobile are all down, all at once, all with a “Major Outage” problem reported.

When the site is back up, check out SlashGear’s Kickstarter tag portal – we’ve got a pretty neat news release about a project prepared to be posted that we’ll be releasing when Kickstarter servers are back.