Keurig’s pod coffee may be controversial, but there’s no denying it’s convenient, and now there’s a new K-Café coffee machine for espresso-style drinks. Promising a stronger cup than usual, along with the ability to make lattes and cappuccinos, the new machines don’t also require you to change your pods of choice.

First up is the Keurig K-Café Single Serve Coffee, Latte, & Cappuccino Maker. Within its asymmetrical design there’s both a pod-coffee brewer and a milk frother: the former can do the usual brewed coffee, in 6, 8, 10, or 12 ounce sizes. However, there’s also a new “Shot” button.

Press that, and the brewer will make a “concentrated shot” similar to an espresso shot. Interestingly, Keurig says that it’ll work from any regular K-Cup pod; however, the company will also release four new pods intended specifically for espresso use. It’ll also be compatible with the My K-Cup Universal Reusable Coffee Filter, into which you can put your own ground coffee.

The regular K-Café will be available in a dark charcoal finish, and priced at $179.99. However, later in the summer there’ll be a K-Café Special Edition, in nickel-like finish, priced at $199.99.

Less expensive than both, meanwhile, is the second new pod-coffee machine. The Keurig K-Latte Single Serve Coffee & Latte Maker will come in at $99 when it goes on sale later this month. It has the shot button like its bigger sibling, and can froth hot milk for lattes, though isn’t designed for cold milk drinks. 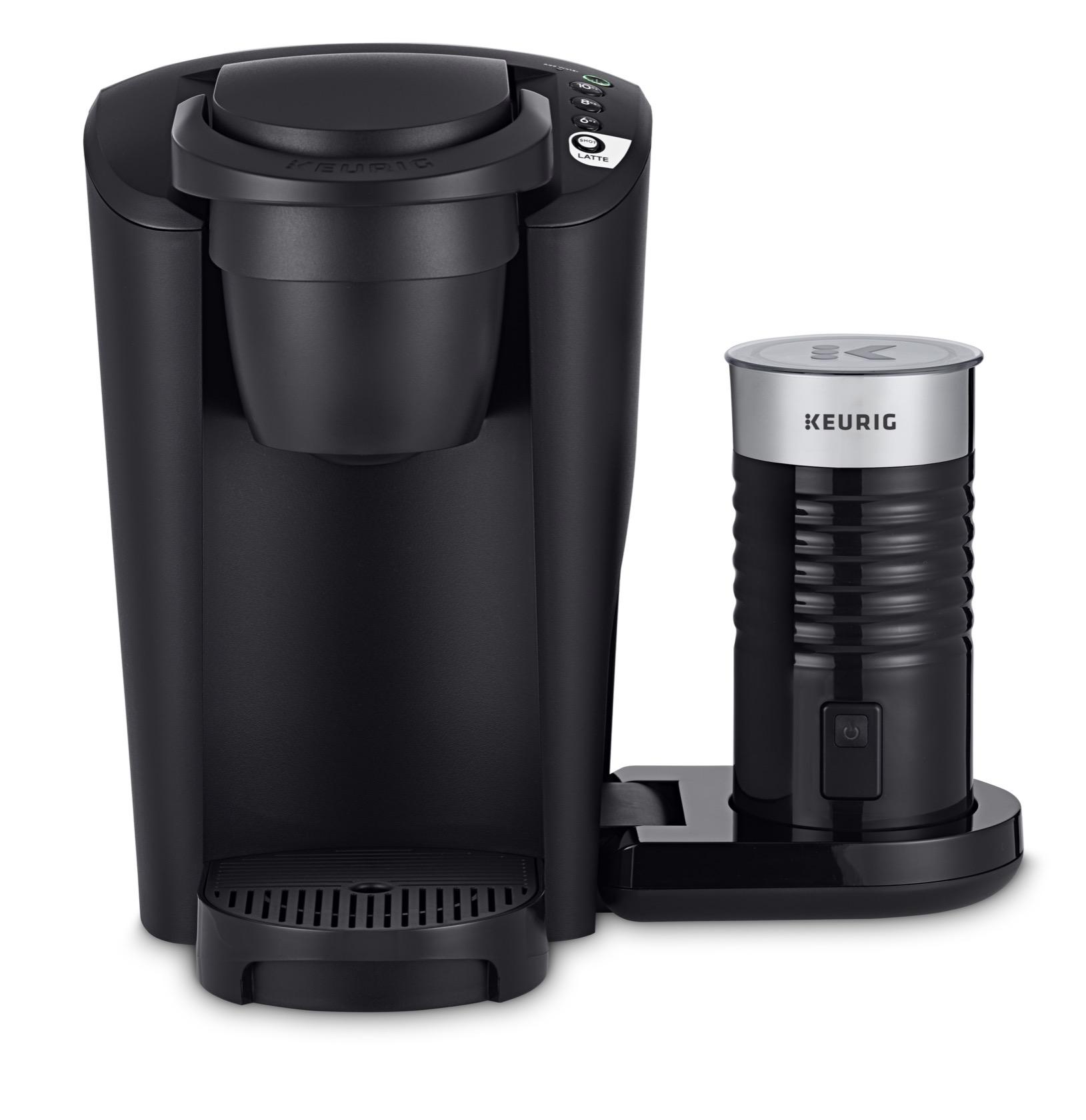 Keurig’s coffee makers have become a mainstay in many kitchens, not to mention hotel rooms. In their favor they’re easy to use, simple to clean, and fairly consistent. Of course, at the same time the potential for recycling the plastic pods is fairly limited, and no pre-ground coffee pod is going to deliver the same taste as freshly-ground, freshly-brewed beans.

Update: We’ve changed the headline to make clear that, while the new K-Cafe and K-Latte machines make a stronger coffee that can be used similarly to espresso, Keurig isn’t saying it’s actually espresso. Think along the lines of “concentrated coffee” instead.

SlashGear uses affiliate links, and sometimes if you buy something we might get a small cut of the sale